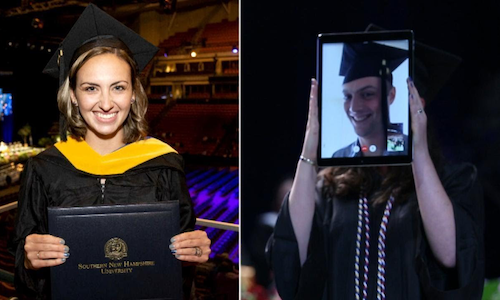 Oftentimes, it is difficult for military families to continue their education while also balancing frequent moves, raising a family, and developing their careers, and the White family is no exception. Tyler and Alexandra White originally met in college, but after Tyler enlisted in the U.S. Army, they found it difficult to stay in one place long enough to complete their degrees.

While caring for their young son, the couple decided to finish their degrees online with Southern New Hampshire University (SNHU), so they could continue their programs even if they were required to relocate once again. After 2.5 years of hard work and perseverance, they completed their degrees while stationed in Hawaii and are proud to have reached this milestone together. However, due to training commitments, Tyler was not able to travel to New Hampshire with Alexandra for their Commencement ceremony.

When SNHU heard their story, we knew we had to do something to make their graduation special, despite the distance between them. Our goal was to find a way for the couple to graduate "together" 5,000 miles apart, while also showing other military families that higher education is within reach, no matter where they're stationed or how many times they're relocated. We also wanted to celebrate our mission of providing accessible education to all. With this moment, we were able to show the world what SNHU is all about, and that despite who you are or where you are at in life, anyone can succeed at SNHU.

Knowing that military couples don't often get to spend holidays and special occasions with one another, we felt that it was important for Tyler and Alexandra to share this experience and cross the finish line together, one way or another.

Thanks to technology, we were able to FaceTime Tyler into the ceremony via a large iPad, so he could "walk" across the stage with his wife. One after the other, they crossed the stage and had their shining moment in their cap and gown. SNHU President Paul LeBlanc also stopped the Commencement ceremony to thank Tyler for his service and congratulate him, and the arena erupted in applause. Watch the moment, here.

Immediately following the ceremony, we shared the couple's story with local and national media outlets. The short pitch note included a link to b-roll, interview footage, stills, and a press release. By hiring a stringer and providing raw footage, media outlets were able to package the story in their own way and it appeared as if they were there to cover the story themselves.

We also shared the raw footage on social media, choosing to let the moment speak for itself. We kept the footage short and raw, knowing that our audience values emotion and true authenticity. The 42-second clip was posted to the SNHU Facebook and Twitter during the weekend and we utilized the #SNHU2018 hashtag to involve the entire SNHU community. We later boosted the Facebook video to our audience and their friends in order to maximize the views and engagement.

Tyler and Alexandra epitomize what it means to be a Penmen, and the results demonstrate how inspirational their story was to those who saw it.

Tyler and Alexandra's story resonated with people both at home and abroad, resulting in 45 media placements across 12 U.S. states and 6 countries. Their story was featured in two national outlets – InsideEdition.com and Fox News – and on local stations across the country. The potential reach of this story is estimated at more than 12 million people.

The video posted on SNHU's Facebook reached 54,000 people, received 21,000 video views, and was shared 240 times across the platform, helping us reach our goal of reaching as many people as possible with this inspiring story. On Twitter, the video received 19,000 impressions, 4,000 video views, 56 retweets, and 212 likes.

The most impressive thing about these posts is something that cannot be measured. The social media comments we received expressed pride to be part of the SNHU community and that the couple's story inspired them to continue their education. Just take a look at a few we received:

"We were there on Sunday for my husband who worked through his deployment to finally get his degree… As a fellow SNHU grad myself I loved going back and seeing the school from an Alumni point of view. Thank you for [your] dedication to the military and their families." – Rebecca

"As a military spouse currently in Japan, I am so incredibly touched by this video. Thank you for all you do for our community. So proud to be a student at SNHU." – Karen

Video for Husband and Wife Graduate “Together” 5,000 Miles Apart 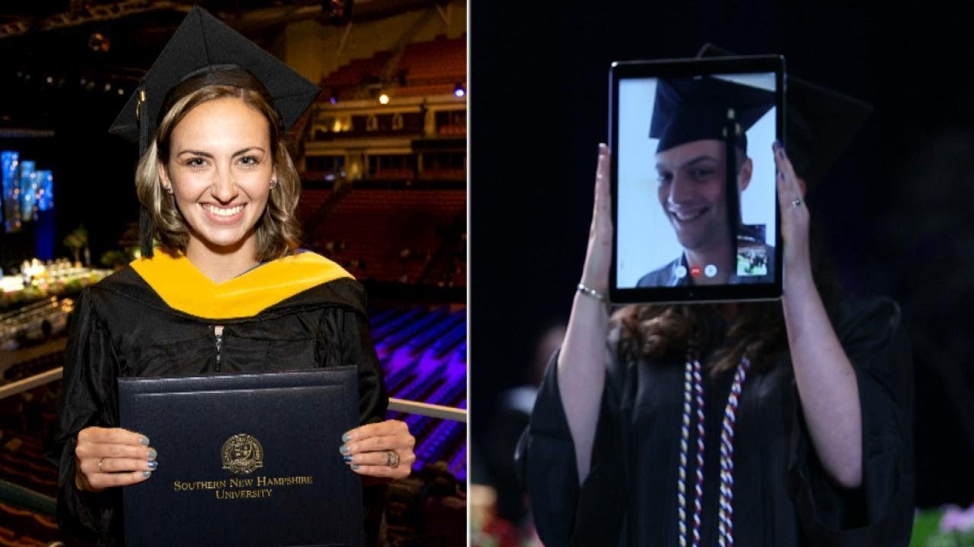 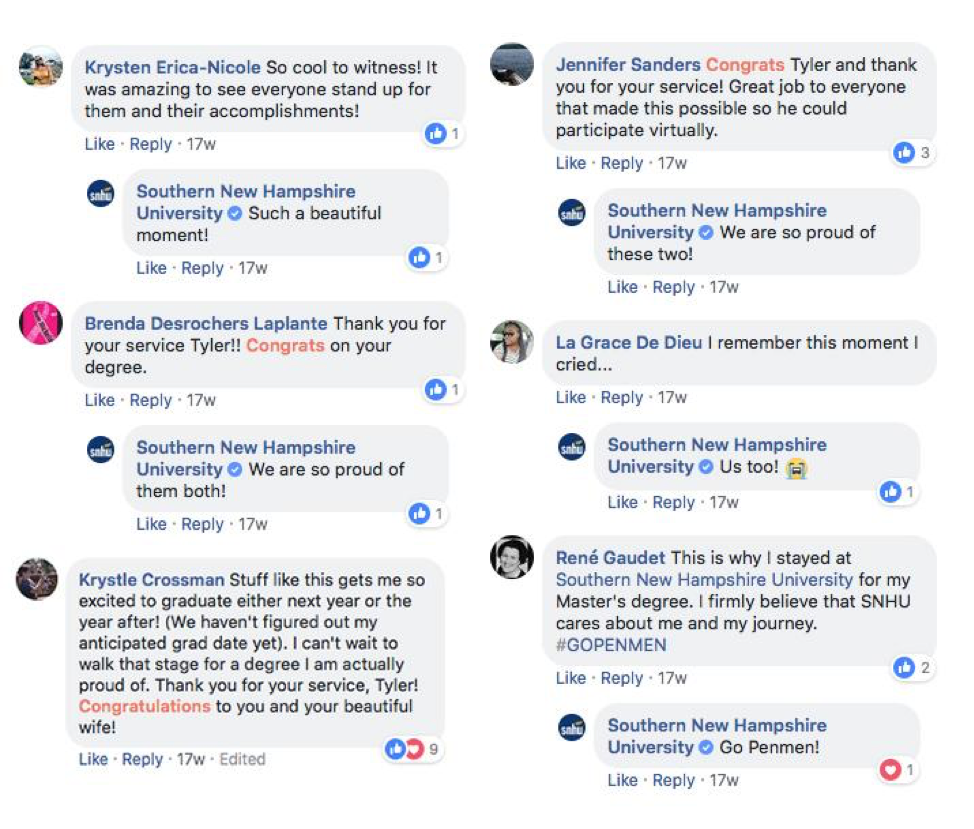 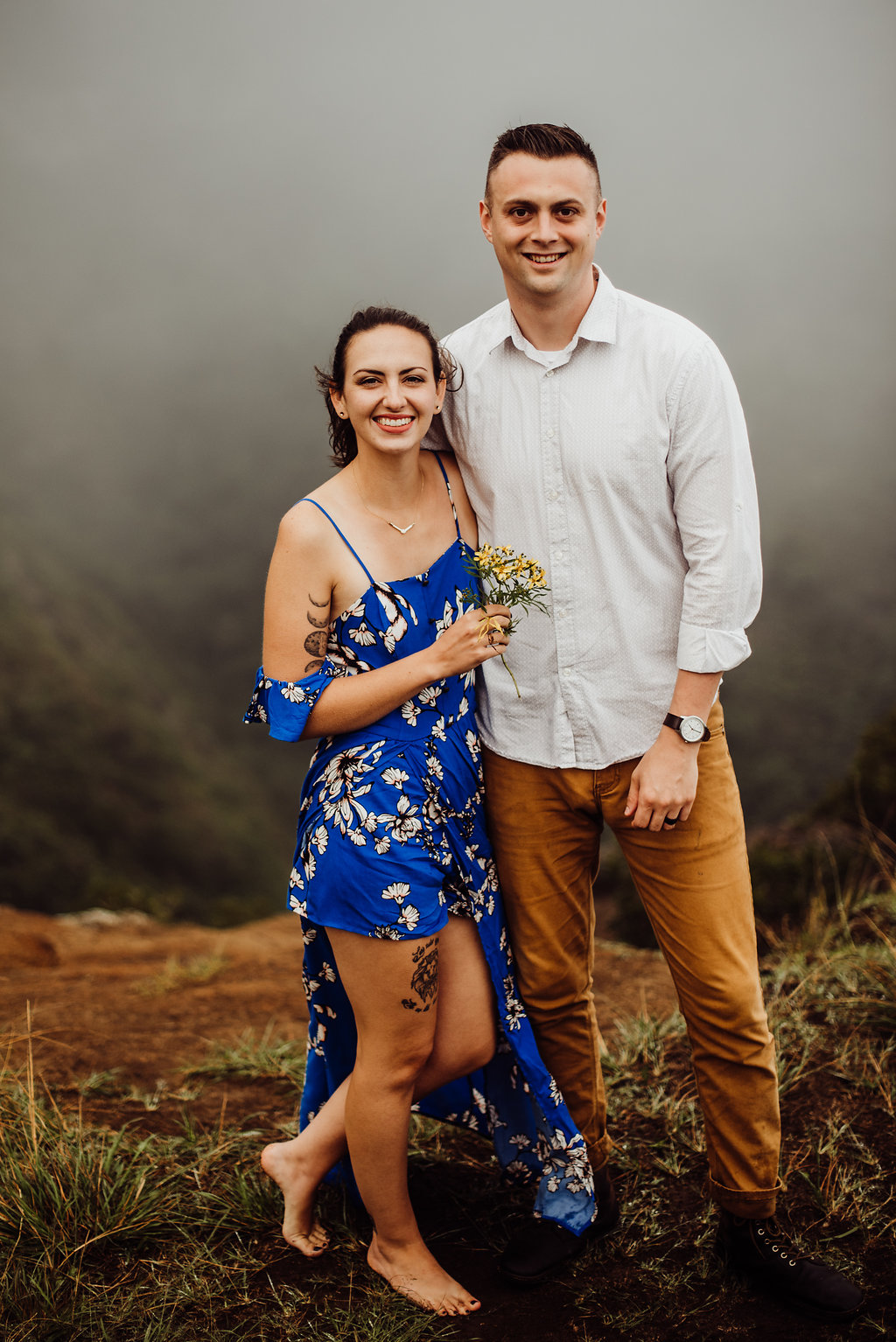 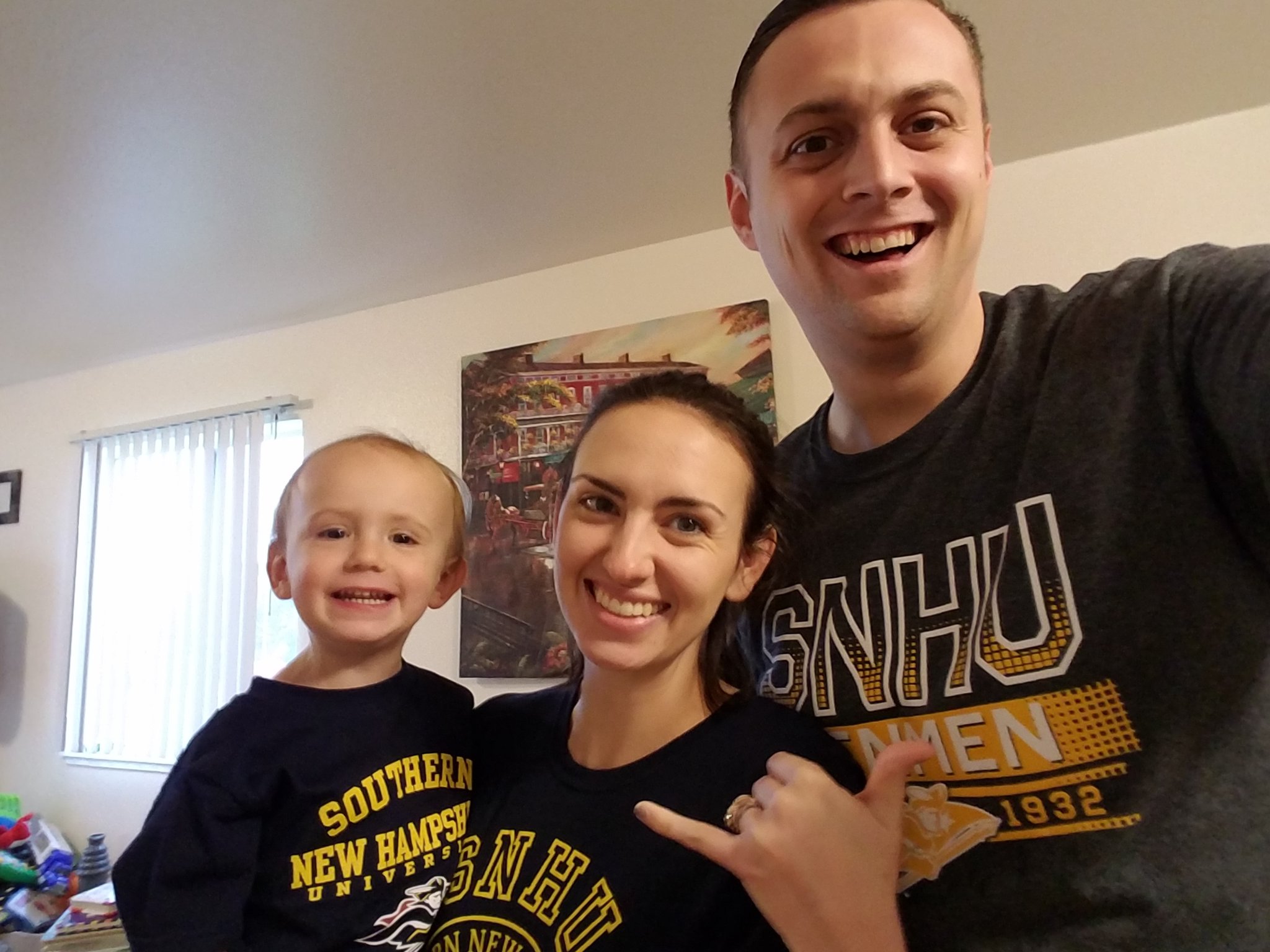 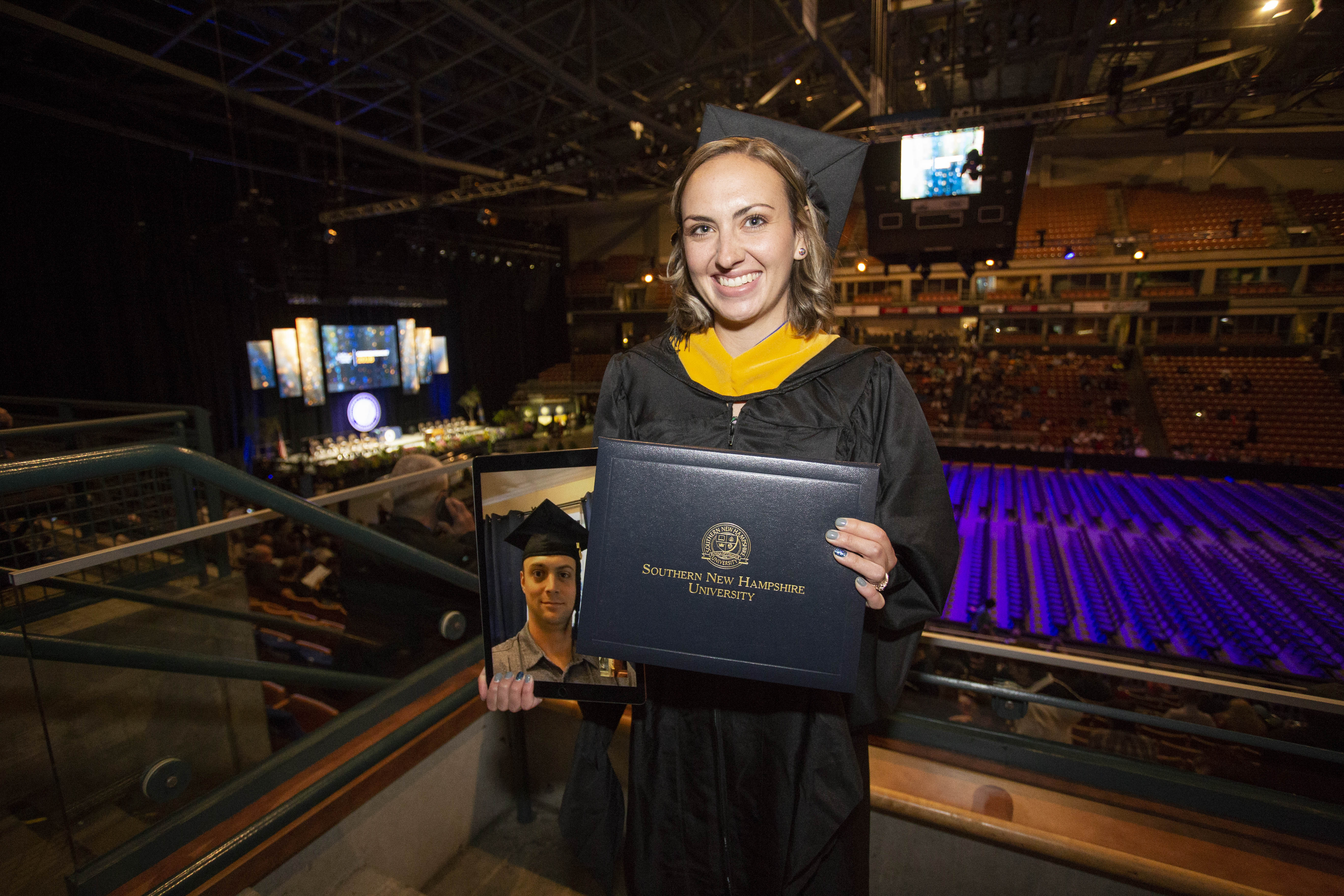