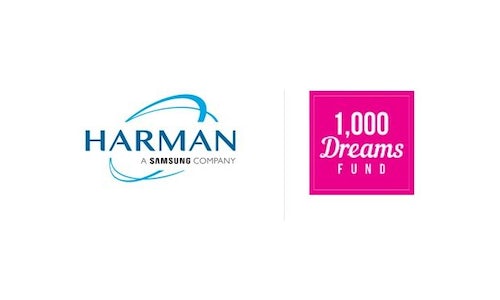 Studies show that nearly three-quarters of young girls express an interest in STEM fields and computer science, yet by the time they enter college, 58% of women believe careers in these fields are "not for them." With skilled technology jobs among the fastest-growing professional occupations in the U.S., much of the potential talent pool is untapped because women held only 24% of STEM jobs in 2015.

With an industry-defying male-to-female ratio of 66%/34%, HARMAN places a strong emphasis on attracting, developing and retaining successful female talent across the company. In addition, HARMAN makes it a priority to leverage thoughtful partnerships that promote STEM initiatives amongst the new generation of female leaders.

Last year, HARMAN partnered with the 1,000 Dreams Fund, a national non-profit that provides micro-grants to women, to create an online/mobile campaign called the #NewFaceofTech in order to inspire and financially support young women interested in pursuing careers in science, technology, engineering, arts, and math (STEAM). Building on the success of the inaugural program last year, in 2018 HARMAN and 1,000 Dreams Fund expanded on the partnership by launching the campaign on International Women's Day at the first-ever "Full STEAM Ahead" panel discussion, by including a focus on the arts in addition to the traditional STEM subjects and by featuring five winners - more than double the 2017 number. These initiatives furthered the organizations' collective goals to raise awareness for STEAM education, empower young women to pursue their dreams in STEAM-related fields, and provide financial support to help them begin their journey.

HARMAN and the 1,000 Dreams Fund developed a targeted mobile campaign that used social media to offer young women the chance to receive a $2,000 scholarship to put towards pursuing STEM-related career goals, along with the opportunity to receive career advice from a HARMAN female executive.

Female STEAM leaders-to-be, from ages 18-25, were invited to share a snapchat-like photo entry through the custom online platform hosted by 1,000 Dreams Fund. Entrants were asked to share which area of STEAM they find most inspiring, the career path they are actively pursuing, and the impact they hope to make in their respective fields once they enter the workforce. After receiving more than 200 applications, 10 finalists were selected by a panel of HARMAN and 1,000 Dreams Fund executives for the final week-long public vote on the #NewFaceofTech campaign page.

To ensure the campaign reached its full potential, HARMAN and the 1,000 Dreams Fund both implemented thoughtful social media strategies across Facebook, Twitter, LinkedIn, and Instagram, and raised awareness using the #NewFaceofTech and #FullSTEAMAhead hashtags. Finalists were encouraged to share the contest links via their own personal social media channels as well.

In addition to social media, HARMAN drove engagement externally through strategic marketing and PR, including email and press release announcements around both the #NewFaceofTech campaign and the inaugural "Full STEAM Ahead" panel discussion at the HARMAN flagship store in New York City. The event on the opportunities and challenges facing women in STEAM featured luminaries from Lincoln Center, Amazon, Becton Dickinson, UNICEF, USA Today, and one of the #NewFaceofTech 2017 grant recipients and winners.

In its second year, the mobile campaign saw an impressive increase in scale. HARMAN and the 1,000 Dreams Fund received more than 200 submissions (a 40% increase in submissions from 2017) from young women across the country, from future engineers to burgeoning AI experts to museum curators. In 2017, two winners were identified after a week-long vote. This year, after over 25,000 votes were cast, the caliber of entries prompted HARMAN and 1,000 Dreams Fund to identify an unprecedented five winners, each of whom received $2,000 towards their career progression, along with the opportunity to connect with a female HARMAN executive about her career success and advice for aspiring tech leaders.

In light of the success of the #NewFaceofTech campaign, HARMAN and the 1,000 Dreams Fund are continuing to collaborate and have broadened our partnership to include additional programs aimed at supporting the dreams of the next generation of leaders. For instance, announced this summer, the new 1,000 Dreams Fund BroadcastHER Academy Powered by HARMAN is connecting female gamers and broadcasters to aspiring young women interested in pursuing careers in the rapidly-growing live video streaming and broadcast industry. Through the BroadcastHER Academy, 50 gifted female gamers and broadcasters will be awarded grants ranging from $500 - $2,000 to help them achieve their career goals.

Video for HARMAN and the 1,000 Dreams Fund Expand Partnership to Inspire Future Female Leaders in STEAM 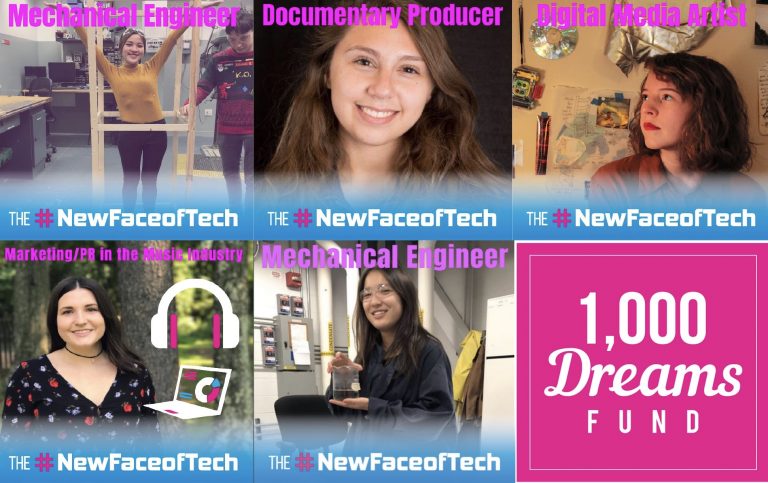 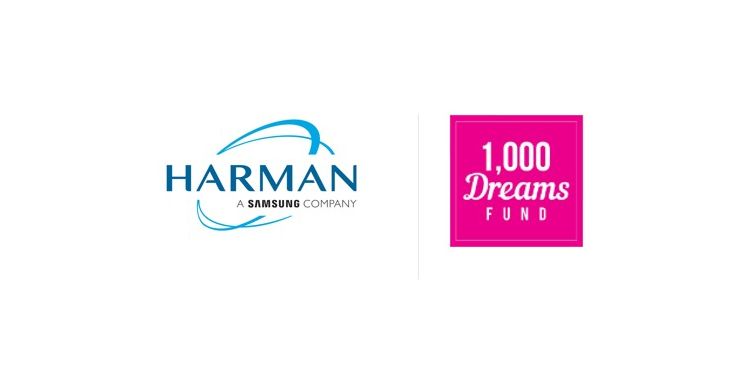