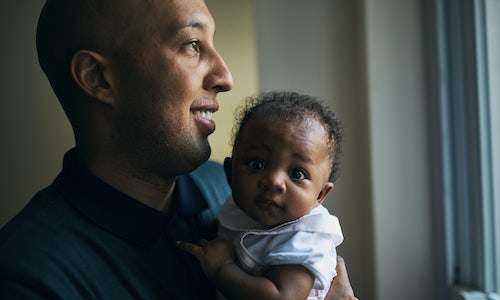 Since the brand launched in 2010, Dove Men+Care has been committed to driving the conversation around masculinity, fatherhood, and how real men care today, leveraging cultural moments such as Father's Day to reinforce and differentiate ourselves as true champions of modern fatherhood.

In 2018, the brand sought to not only celebrate dads and the roles they play, but also drive awareness around an important issue many men and their families are facing today. While a majority of men understand and value the importance of taking time off to care for a newborn, a lack of access, workplace pressures, and cultural stigmas still prohibit this from being a reality for many. While 89% of fathers believe it's important that companies provide paid paternity leave benefits, only 15% of U.S. men have access to them and, of those new dads, most don't take their full time off. Further, the U.S. is one of the only industrialized nations in the world without federally mandated paid leave policies for new parents.

Pushing beyond a typical celebratory Father's Day campaign, Dove Men+Care identified a cultural need to connect with modern dads and used the relevancy of this holiday to:

Raise increased awareness around the issue of paternity leave and its impact on society.

Position Dove Men+Care as a leading brand championing paternity leave for men today to drive conversation among influencers, experts and organizations around the issue.

In the weeks leading up to the holiday, the brand partnered with global gender equity NGO, Promundo to commission a new study to validate the limited access dads currently have to paid leave, the societal stereotypes associated with taking this time off, and the desire and willingness men have to spend more time to care for their newborn.

The lack of national paid leave policies in the U.S. has also caused men to turn to creative alternatives, including online crowdfunding, to raise the funds needed to take time off around the birth of a new child. On launch day, we made surprise contributions to 27 active paternity leave requests across crowdfunding sites including MyTake12, GoFundMe, and PlumFund. We highlighted some of these real stories in the media and encouraged recipients to share their personal stories across their own social media channels.

In conjunction, the brand released a new film, 'Dear Future Dads', an emotional compilation of stories from real dads on why taking the time to care for their children is so important. We also launched a digital hub on Dove.com to provide men and their families tangible resources when searching for how to go about asking for and taking paternity leave.

To ensure the brand had credibility to advocate for this issue, we worked with trusted experts in the fatherhood and masculinity communities who provided their expert POV and strategic counsel on various campaign elements, helped shape the Promundo research study, and drove earned media buzz. We also co-hosted a panel event in New York City with the New York Paid Leave Coalition and fatherhood network, City Dads Group, to bring together several leading voices championing paternity leave that ultimately equipped attendees to continue the conversation at work, at home, and online.

To drive engagement across social, we leveraged existing partnerships with dad networks and influencers to share personal content related to the benefits of and issues facing men trying to take paternity leave. Gays With Kids, City Dads Group, and the Dad 2.0 network highlighted various stories of dads in their respective communities. We also partnered with notable athlete dads who had recently taken paternity leave to share their personal stories and highlight their own pivotal moments of taking this time to care.

We also continued to demonstrate our commitment to dads from the start of the fatherhood journey by maintaining our "New Dad Care Package" program for a fourth consecutive year. To date, we've distributed 40,000 care packages to new dads in hospitals across the country and are on track to deliver an additional 20,000 care packages by the end of the year. We also expanded this program to reach more new and expectant dads across social media.

Increased Awareness Around the Issue

Advocated for Change to Challenge Stereotypes

Positioning the brand as a leader in the conversation, our experts published several thought leadership features, in outlets like Harvard Business Review, The Good Men Project, and Fast Company to drive the brand's POV and increased awareness. In addition to the panel event in NYC, Promundo led a congressional panel with the National Partnership for Work & Families in Washington D.C. to expand the conversation leading up to Father's Day.

Social conversation was overwhelmingly positive and resonated with our target audience as we engaged with consumers and shared uplifting, supportive messages around this issue. Over 3.9 MM social media impressions were generated during the two-week campaign as dads shared their personal fatherhood stories and joined the conversation in support of paid paternity leave using the #DearFutureDads hashtag. 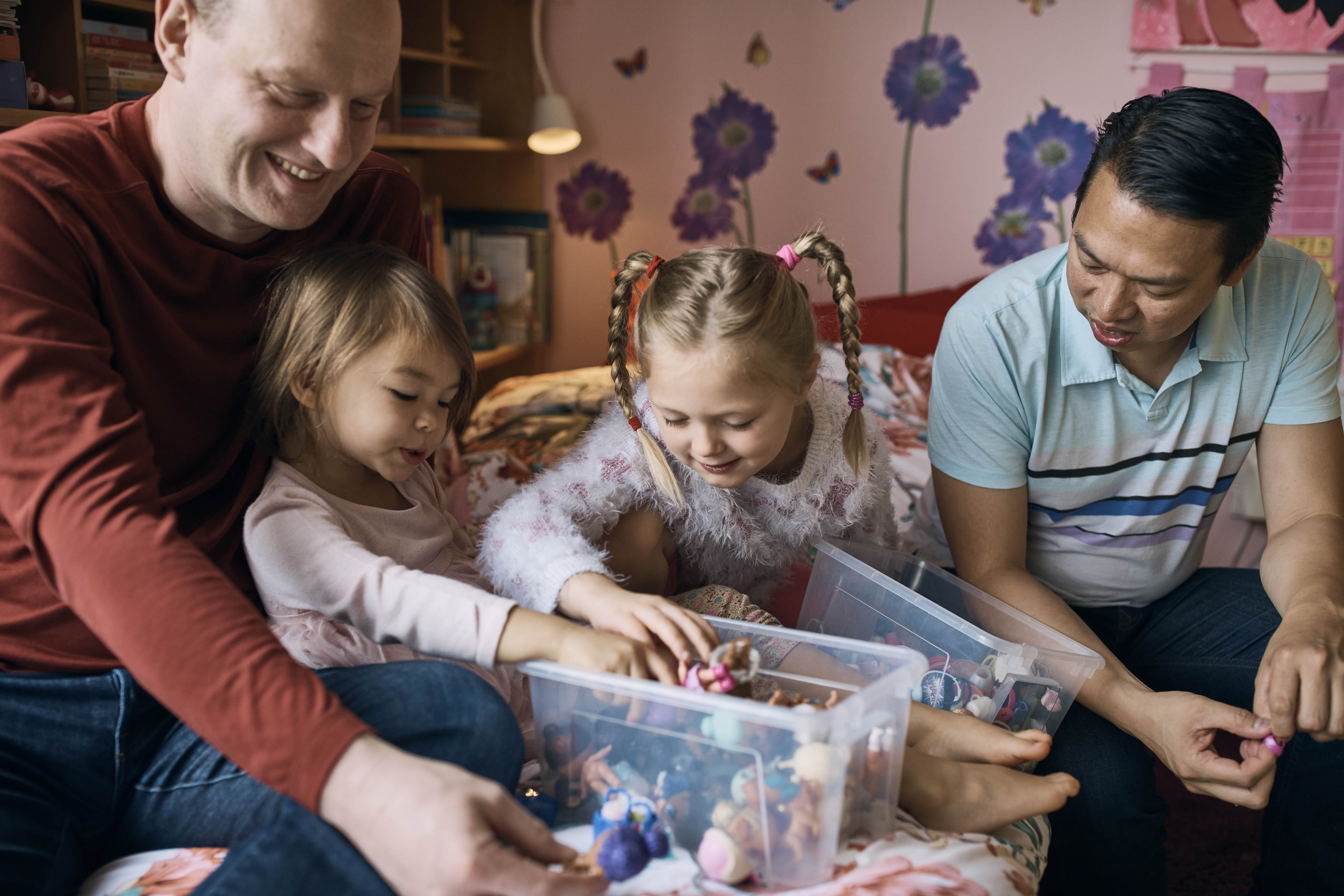 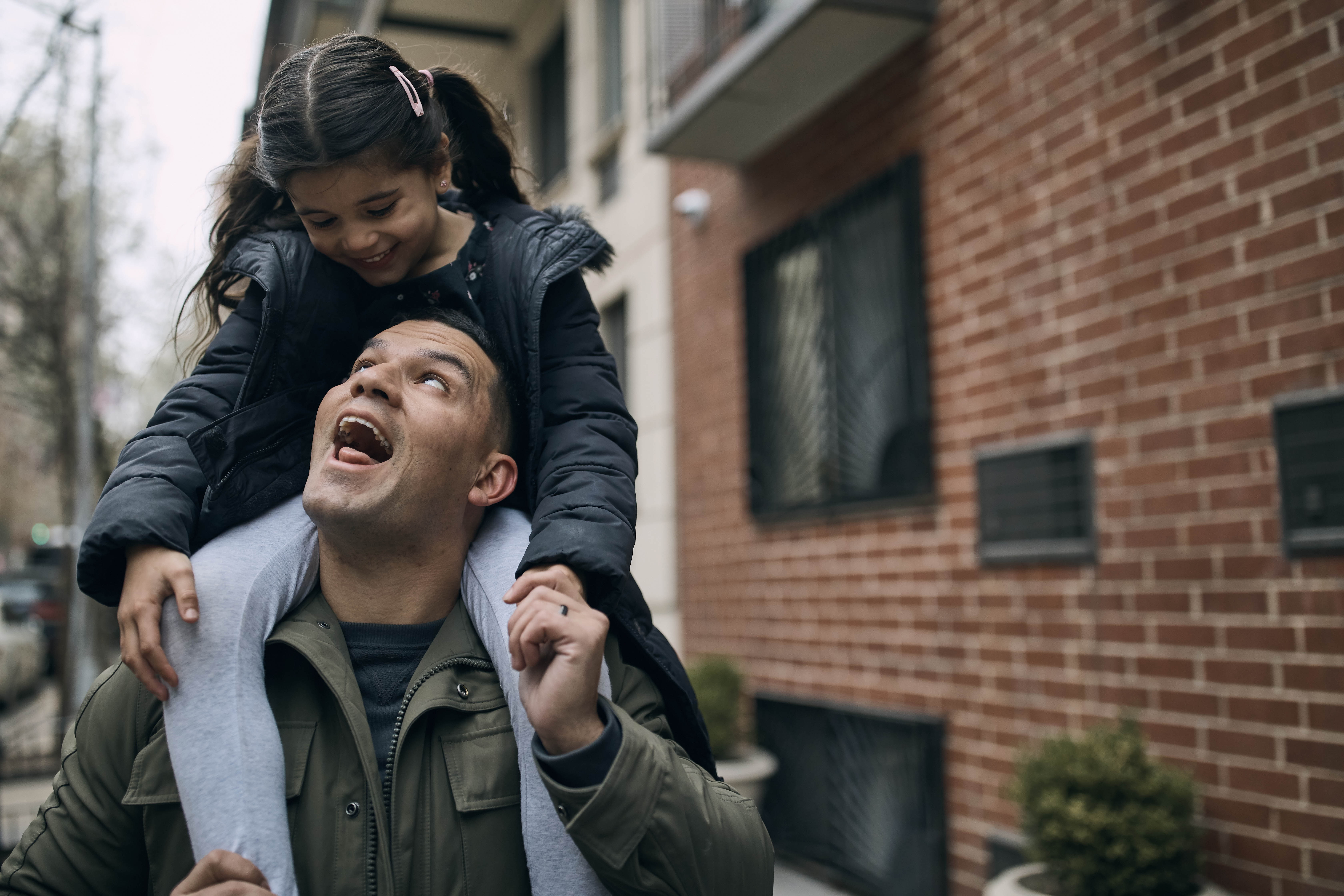 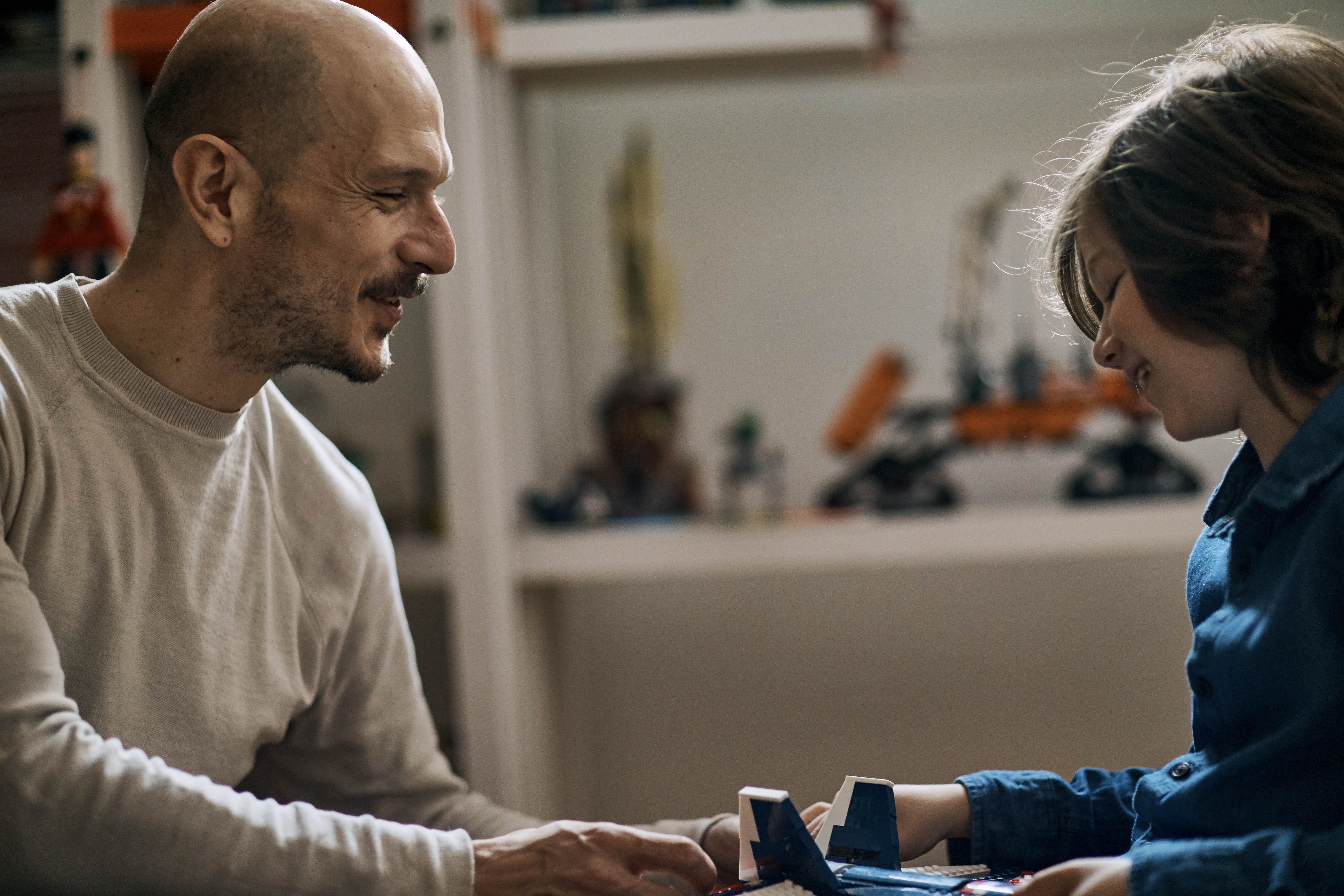 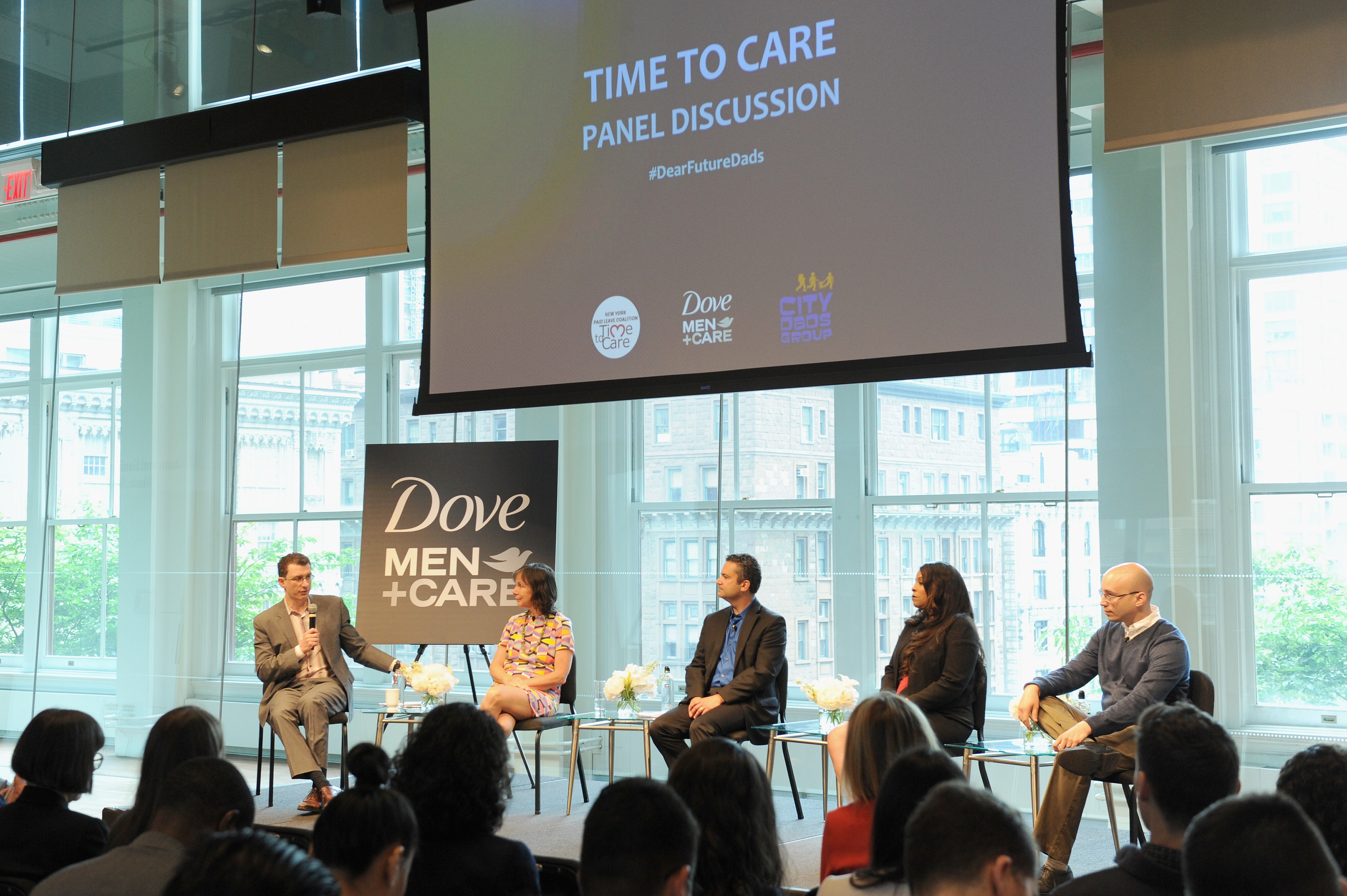 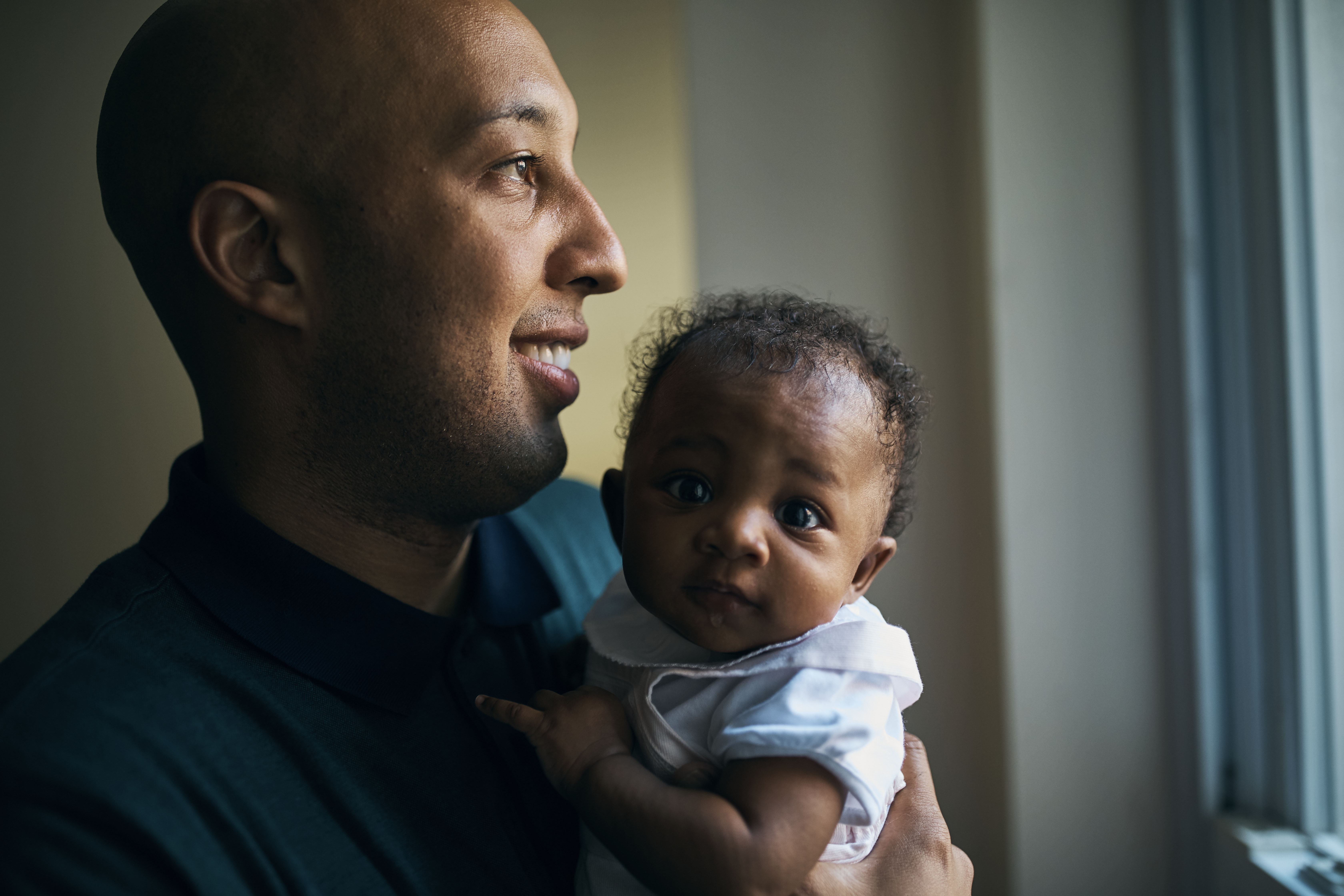