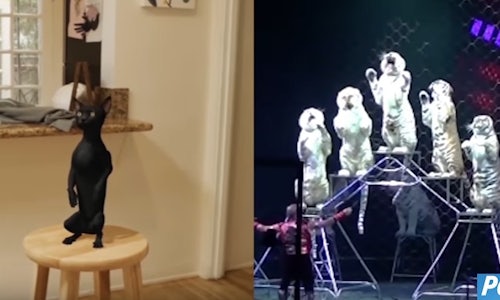 The objective is to show people how big cats are abused in circuses and in the entertainment industry. In order to force them to perform tricks on cue, tigers and lions are violently abused throughout their lives. They're taken from their mothers as young cubs and put through a training process that includes routine beating and whippings to make them submissive. The only reason tigers and lions stand on their hind legs or jump from one pedestal to another is because they fear the physical punishment that will happen if they don't. The entertainment industry – and circuses in particular – try to hide this abuse because they know that most people would be appalled if they knew what big cats and other wild animals who are forced to do tricks endure. PETA's goal with "Cat Tricks" is to make the public aware of this abuse.

PETA's video depicting a computer generated cat being abused grew out of this simple question: What would it look like if someone did to a house cat what circus trainers do to tigers and lions? Judging by the enormous popularity of cat videos on YouTube, PETA believed it would most likely lead to public outrage over the apparent mistreatment.

Cat Tricks is a video of a man shouting at and hitting a house cat named Rufus to make him stand on his hind legs and jump from one stool to another like tigers and lions used in circuses are forced to do. But when the subsequent behind-the-scenes video reveals that Rufus is entirely computer-generated, and that Cat Tricks was created to evoke empathy for the lions and tigers who are bullied and beaten into performing circus tricks as well as for use in movies and television, viewers understand that abusing an animal for entertainment is wrong whether the victim is big or small, domestic or wild.

By drawing a comparison between a house cat and big cats used in circuses and film and TV, this video has reached a new audience: people who have house cats and love them, but who hadn't considered the similarities between the small cats in their homes and the big cats who are whipped, beaten, and forced to perform in circuses and film.

Here are some examples of responses to the video, which demonstrate that viewers who love house cats are now considering the plight of big cats used in the entertainment industry who are beaten and abused in the same ways as the animated cat in our video (images attached)

In addition to creating empathy for big cats in circuses, this video is also a reminder to the film and TV industries that the usage of live animals, who undergo the same violent training and daily abuses that animals in circuses endure, is not only obsolete, it's also unacceptable to the general public. Thanks to today's technology—like the CGI cat in the video—there's no excuse to subject live animals to physical and psychological violence and a lifetime of captivity for ANY reason, let alone to make a TV show or movie.

Video for Cat Tricks with Rufus 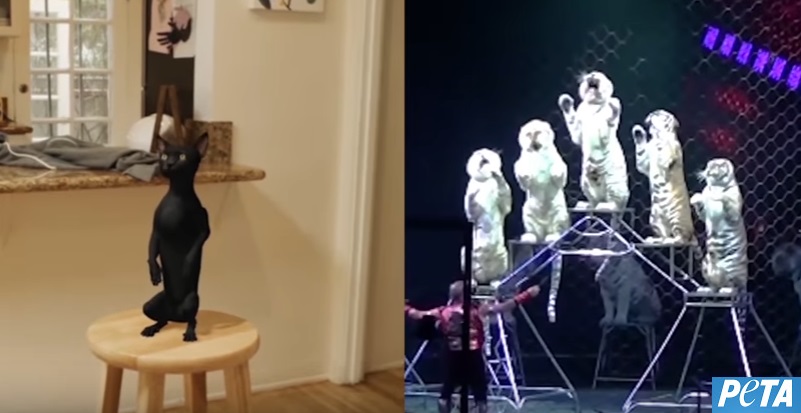 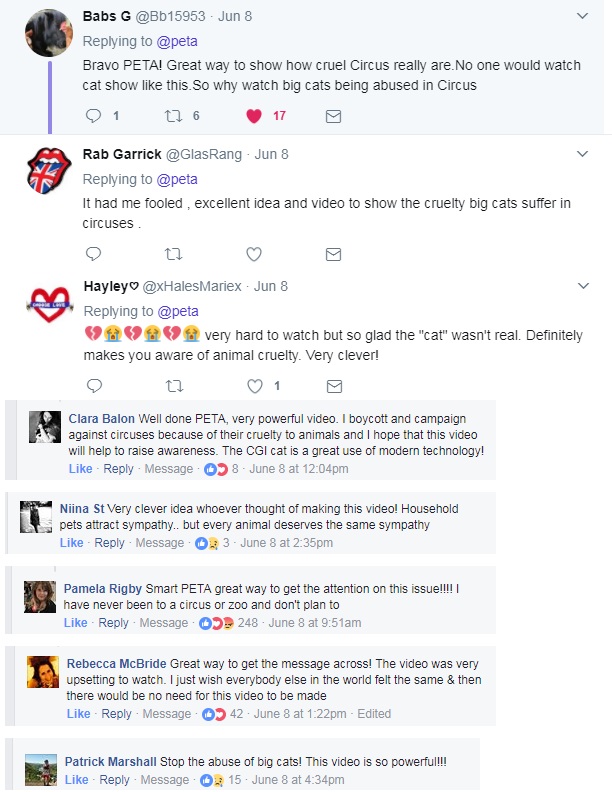