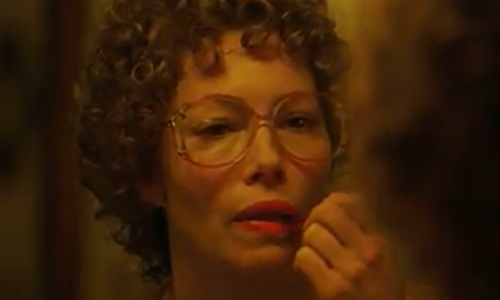 Hulu Originals presents the biographical crime drama series "Candy." The series follows the real-life story of Candy Montgomery of Collin County, Texas, who was accused of the axe murder of her neighbor Betty Gore in 1980. The series stars Jessica Biel and Melanie Lynskey as Montgomery and Gore, respectively. It was created and produced by the minds behind the Emmy Award-nominated series "The Act."

To promote the series, Hulu crafted an intense audiovisual teaser, "Deep Cuts," specifically tailored for social media engagement. The trailer flips from one tense and forboding shot of mundane everyday activities to another, many involving something blood-red or threateningly sharp. The unnerving music rises in pitch and intensity before reaching a crescendo as Jessica Biel's Candy wipes fresh blood onto her forehead.

The dramatic social media teaser builds tension through quick and clever edits of aggressive household chores, filmed in intense and up-close shots, backed up with edge-of-your-seat sound design that leaves audiences short of breath and eager to tune in to the horror during the five-night airing event. The foreshadowing of calamity juxtaposed with everyday tasks and familiar imagery adds to the surreal blend of horror and homestead. Hulu punctuates the teaser with a chilling shot of Jessica Biel as Candy Montgomery, casually wiping blood from an unknown source on her forehead while staring coldly into the distance.

The social teaser was posted organically and in paid and had the highest watch-through rate of the teaser campaign. 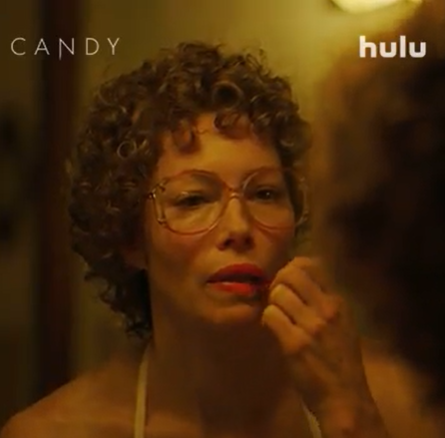