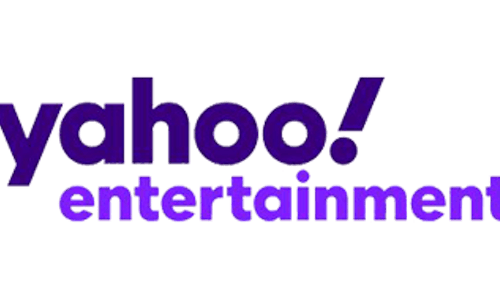 Yahoo Entertainment showcases all aspects of entertainment, consisting of original interviews with the biggest actors, writers, directors and musicians of yesterday and today, giving our viewers fun and friendly ancillary content to try and help keep their mind off of the ever-changing world during the harsh challenges of the pandemic.

Our numerous digital series span television, music and movies, sprinkled with buzzy news, behind the scenes anecdotes, blast from the past interviews, and all around lighthearted fun as we take our viewers along for the ride in pop culture’s biggest conversations.

In 2021, Yahoo Entertainment's original content focused on the industry's buzziest movies, TV series, albums, anniversaries and reunions. We catered to our diverse audience with Game Changers and AAPI Voices Moving Forward, a mini documentary which amplified Asian American voices. We took our viewers back in time with Are the Kids Alright?, Role Recall, and Anniversary Party, and even had some fun with our kid reporters who grilled everyone's favorite stars on Kid Gloves.

Yahoo Entertainment's ongoing video series Game Changers highlights the diverse creators disrupting Hollywood such as Issa Rae, Eddie Huang, Wilson Cruz, and the pioneers who paved the way, like the iconic Danny Trejo, Lee Daniels and Vanessa Williams. These Game Changers discussed how the entertainment industry can be more diverse, equitable, and inclusive.

Our mini documentary, AAPI: Voices Moving Forward, amplified Asian American voices. In original interviews with George Takei, Mindy Kaling, Jamie Chung and Margaret Cho to name a few, who talked to us about the rash of hate crimes targeting the AAPI community, and also discussed both short- and long-term solutions throughout AAPI History Month and beyond.

One of the things that Yahoo Entertainment specializes in is nostalgic content. Our viewers love to look back at the good ol’ days, now more so than ever. One of Yahoo's signature series Role Recall features the biggest names in film looking back at all of their biggest roles throughout their career. Some of our latest original interviews include Jamie Lee Curtis (600k views) and Adrien Brody.

MVPs of Horror allows us to talk to all of the biggest actors, writers and directors from everyone’s favorite scary movies during the month of October, just in time for Halloween. From M. Night Shyamalan to the cast of ‘Scream,’ this series proves to always be a fan favorite.

Anniversaries are also a huge part of Yahoo Entertainment's ecosystem. The ongoing Anniversary Party takes us on a blast from the past as we celebrate the biggest anniversaries in pop culture with everyone's favorite stars, and stars we haven't heard from in a while, such as Richard Grieco reflecting on 'If Looks Could Kill' 30 years later (1M views), P.J. Soles remembers working with Bill Murray in ‘Stripes’ 40 years later (1.2M views), and 'Contagion’s' scientific advisor looks back at the thriller 10 years later (1M views).

Are the Kids Alright? is another look back at nostalgia, but from a different perspective, as we explore the impact that show business has on the development and well-being of former child entertainers. Original interviews for this series include Tamera Mowry-Housley, Donny Osmond, Mayim Bialik, Lance Bass, Soleil Moon Frye, Melissa Joan Hart, Alison Arngrim, Candace Cameron Bure, and Hayley Mills.

And then there's Lyla and Luna, daughters of Yahoo Entertainment's senior correspondent Kevin Polowy, who grill celebrities with silly and funny questions, like asking 'Peter Rabbit' star James Corden why Peter doesn't wear pants, or 'My Little Pony: A New Generation' star Vanessa Hudgens why she doesn't have a pony herself, and asking Lin-Manuel Miranda… What is the deal with 'Hamilton!?'

All of Yahoo Entertainment’s original video series resonate with our audience, as our viewers tune in daily to get all of the latest buzzy news, a dose of nostalgia, and simply to join in on all the fun.

Our newest series, Are the Kids Alright? has proved to be successful with a total of 5M video views. Our most popular episode with Hayley Mills received 1.2M views. The ongoing series Game Changers has received over 2.5M views and counting.

Our MVP's of Horror franchise garnered a total of 2.6M views in 2021. And our most lighthearted series, Kid Gloves, received over 2M views, with over 1.5M views for our most popular episode that featured Vanessa Hudgens.

Many of our interviews also get regular pick up from other entertainment outlets including People, E! News, Entertainment Tonight, and Fox News just to name a few! 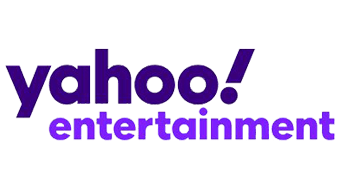