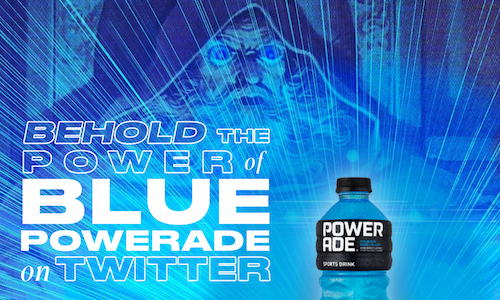 Long story short. Fans love taking to Twitter to talk about how Blue POWERADE is some magical elixir that can:

2. Bring you back from the dead

Well, maybe not that last one. But they do swear by it. There was only one problem. These self-prescribed Blue fans have been roaming the Twittersphere like a flock without a shepherd. The chatter was already there. We just had to give them a home field.

Capturing the super fans' of POWERADE was rewarded with engagement and brand love across the Brand. POWERADE Blue conversation increased the brand's visibility and drove stronger positive sentiment and brand at 211 million impressions (19.2M unique reach). In terms of measurement, this conversation became one of the strongest campaigns to date driving over 2.5 million engagements as fans shared likes (261k) and retweets (28.4k). This engagement metric accounted for 98% of the yearly impressions for POWERADE signifying a strong and tactical campaign delivered on all accounts from the POWERADE team. 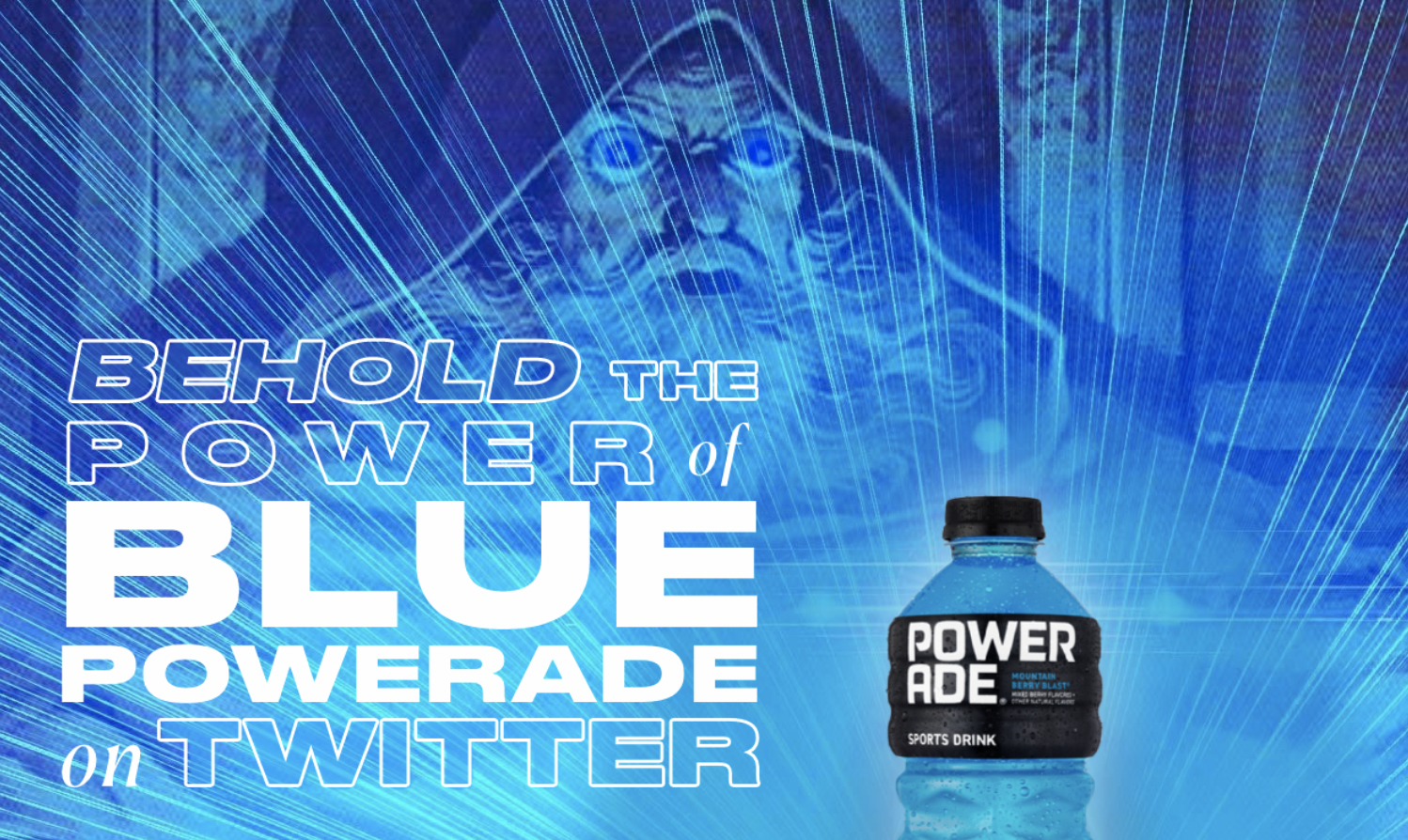 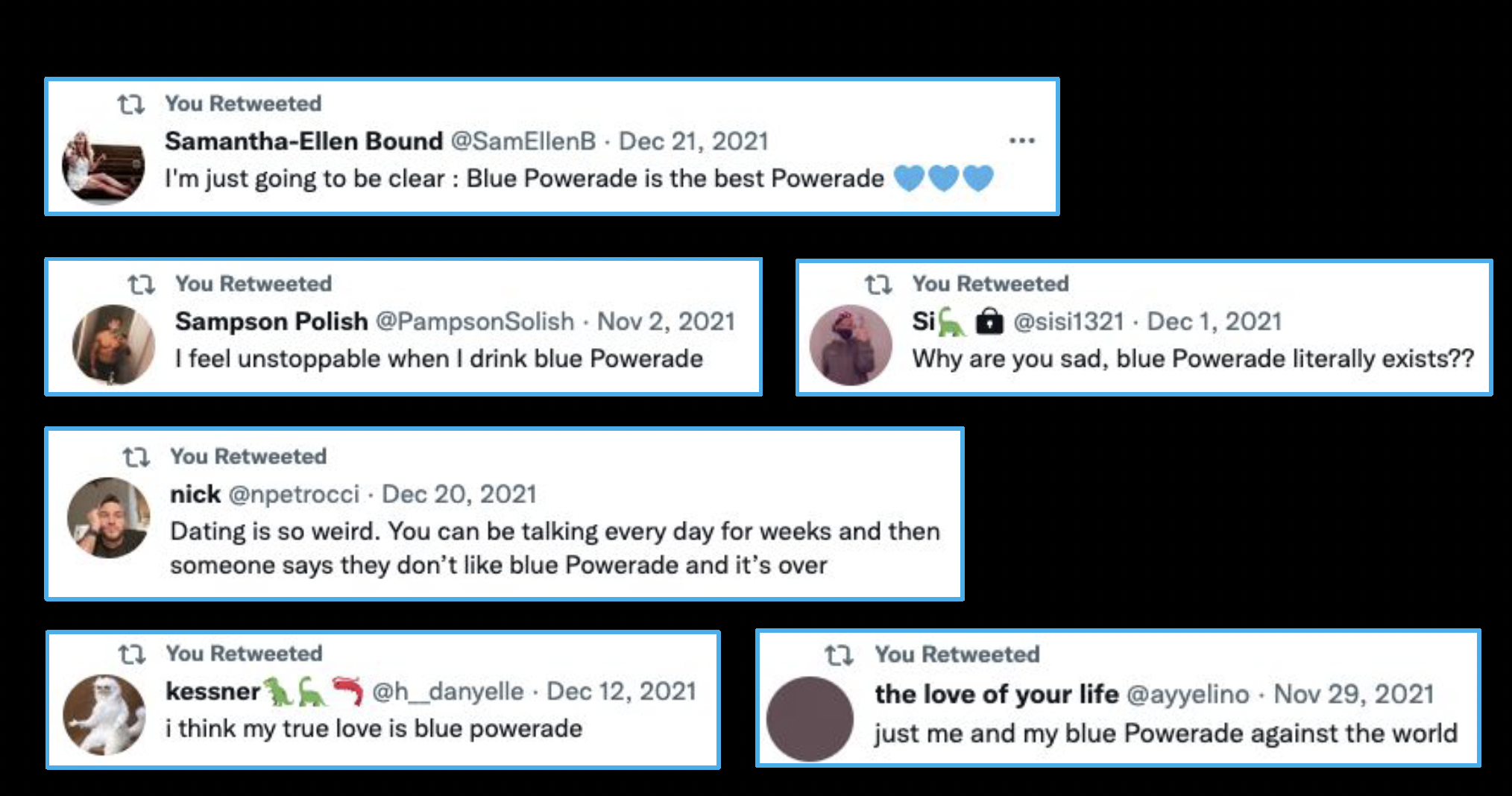