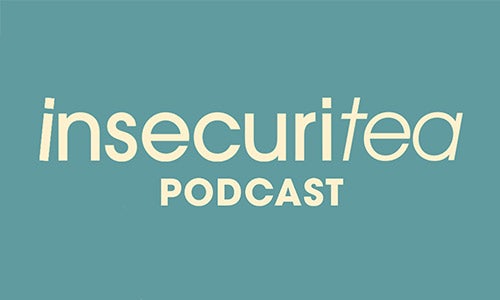 The objective of the InsecuriTEA podcast was to build on the highly-engaged community of the Emmy-Award-winning comedic drama Insecure, keeping fans of the show engaged throughout the fifth and final season of the series. The goal of the podcast was to act as an omnipresent touchpoint for fans to stay connected in the world of Insecure. To meet the demands of fans and keep them engaged, the InsecuriTEA podcast episodes were released directly after each episode concluded, increasing availability via the HBO/HBO Max apps, in addition to regular amplification through distribution partner Loud Speakers Network and on social media.

When HBO greenlit an adaptation of Issa Rae’s innovative web series, Awkward Black Girl, in 2016 -- taking it from YouTube to premium network television -- the network decided to utilize an equally innovative promotional campaign to market the show.

This podcast was designed to take viewers through the latest episode of HBO's Insecure with a dynamic dissection, known as “InsecuriTEA.” HBO leveraged podcasting trailblazers Francheska Medina of the wildly successful HeyFranHey and TheFriendZone podcasts, and Crissle West from the award-winning The Read podcast to co-host InsecuriTEA.

Five seasons and six million listeners later, the InsecuriTEA Podcast has evolved alongside its Emmy-Nominated subject, HBO Insecure -- growing into a strong community of its own. The InsecuriTEA Podcast and Awesomely Luvvie Recaps have been a key promotional vehicle in driving consumer conversation for each Insecure episode throughout the five seasons.

Fan engagement increased throughout the fifth and final season as fans eagerly live-tweeted their final season predictions, commented with nostalgic moments, and discussed the impact of the series on the Black community with Crissle, Fran, and Luvvie every Sunday. Similar to Season 4, HBO and Team Epiphany partnered to create weekly digital assets to promote the release of each podcast episode and recap on the official @insecureHBO and talent handles.

By tapping in directly with Insecure’s key audience across all podcast platforms, weekly on social, on HBO.com, and on HBO Max, the InsecuriTEA Podcast was able to grow tremendously in its fifth and final season, and remain a trending topic.

The InsecuriTEA podcast garnered over 6.4 million podcast listens from seasons 1-5, with a staggering 1 million listeners during Insecure’s fifth and final season! The podcast earned over 100 social posts resulting in 18 million social impressions and 258 thousand social engagements.

Beyond metrics, the podcast continued its success in bringing the Insecure community together to become the cultural epicenter for conversations surrounding the show. Week after week, Crissle & Fran set Twitter ablaze by live-tweeting each episode, followed by an episode recap on HBO.com. 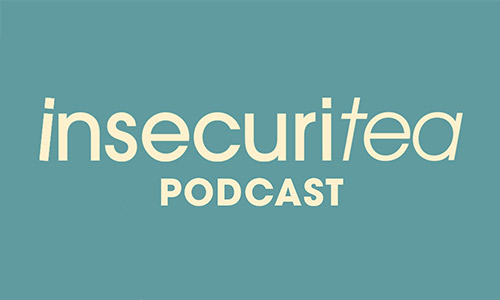 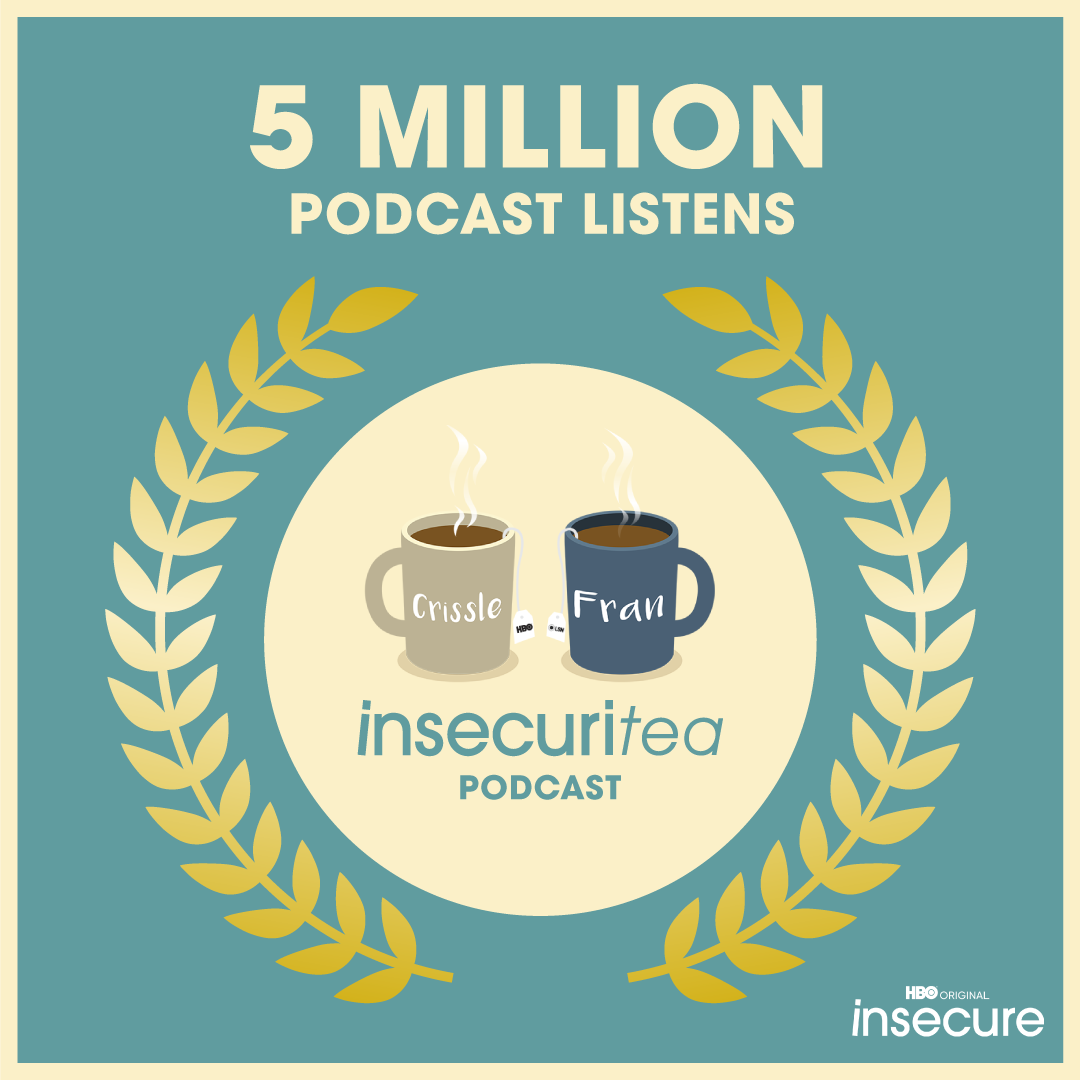 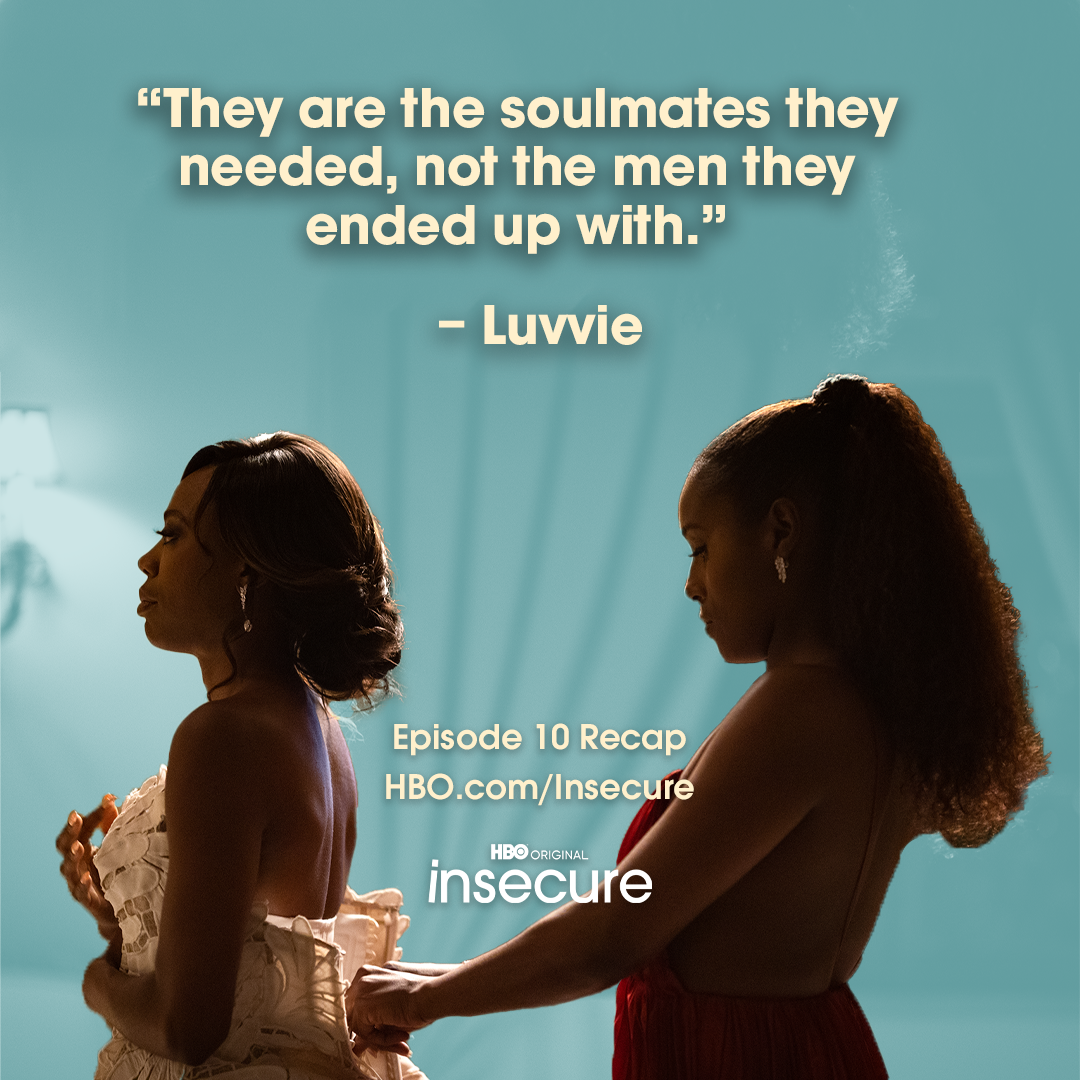