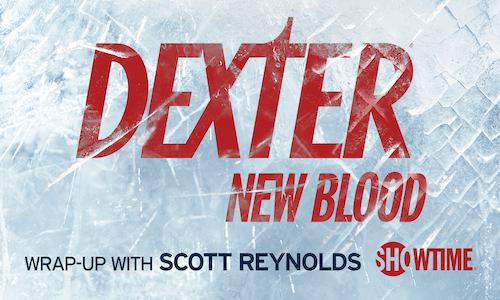 In October 2020, SHOWTIME® announced that after almost a decade off air, Dexter, one of the biggest shows in the network’s history, was returning for an all-new run with Michael C. Hall and the series’ original showrunner Clyde Phillips at the helm. Our marketing goal was to make Dexter: New Blood the most anticipated television event of the year. And to achieve that, we needed to not only revive Dexter, but also the passion of the massive fandom of Dexperts who were loyal to the series during its original run.

Alongside the resurrection of Dexter Morgan, we breathed new life into the “Dexter Wrap Up” companion podcast that commanded over half a million listeners during the original series run.

Partnering with Executive Producer Scott Reynolds, the original host, we re-launched the podcast in celebration of an iconic, yet nostalgic day in Dexter history: the 15th anniversary of the show’s premiere. Ahead of Premiere, we viewed our podcast episodes as a tool to help us bridge the old and the new. Content ranged from retrospective discussions featuring series star Michael C. Hall, Executive Producers and network execs dissecting the origin story of America’s favorite serial killer and the cultural impact the groundbreaking series had on the larger television landscape to fan favorite cast members from the original seasons reliving their storylines and experiences on the set of Dexter. The conversations were filled with never-been-heard-before details for fans.

Once Dexter: New Blood premiered, the “Dexter Wrap Up” gave our Dexperts a fix after each airing fleshing out all the plot twists, recounting favorite moments on set and providing exclusive content via interviews with the brilliant actors, writers, cast & crew responsible for bringing the show to life.

We even surprised fans with a bonus episode that extended a key show storyline centered in the podcast universe. “Merry F**king Kill”, a true crime podcast hosted by Molly Park (played by Jamie Chung) was seen & briefly heard in the show. Scripted in collaboration with the show and voiced by Jamie Chung in character, fans were thrilled when we dropped a 10-minute bonus episode of "Molly's Podcast.”

Throughout the campaign, we promoted the podcast with a full cross-channel marketing plan spanning Linear TV, Streaming Products, Podcasts, Social and more. And the return of the Dexter Wrap-Up Podcast delivered on our goals.

Alongside the success of the podcast, we saw Dexter: New Blood break records for SHOWTIME® to become the most-watched series in network history and most talked about Showtime show in 2021. 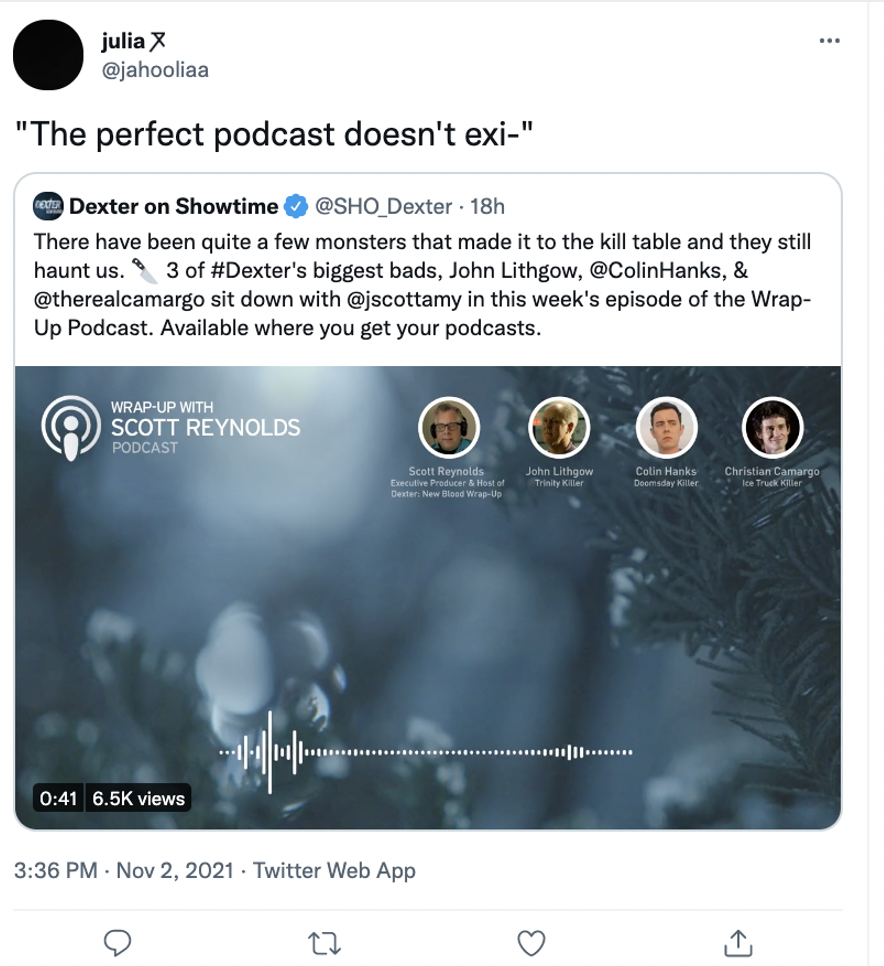 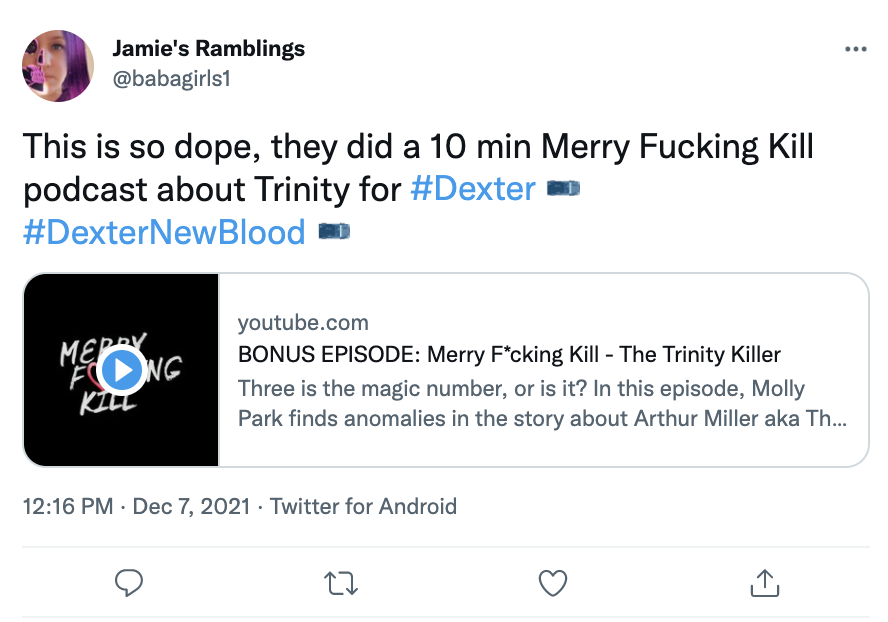 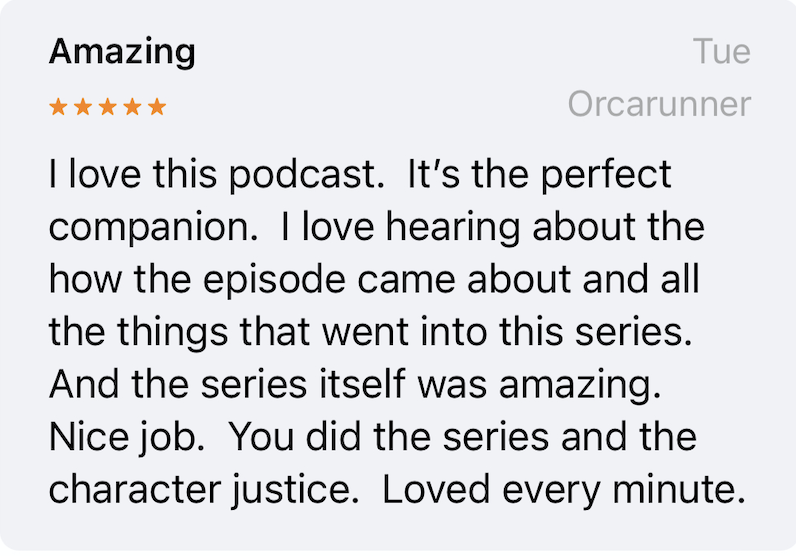 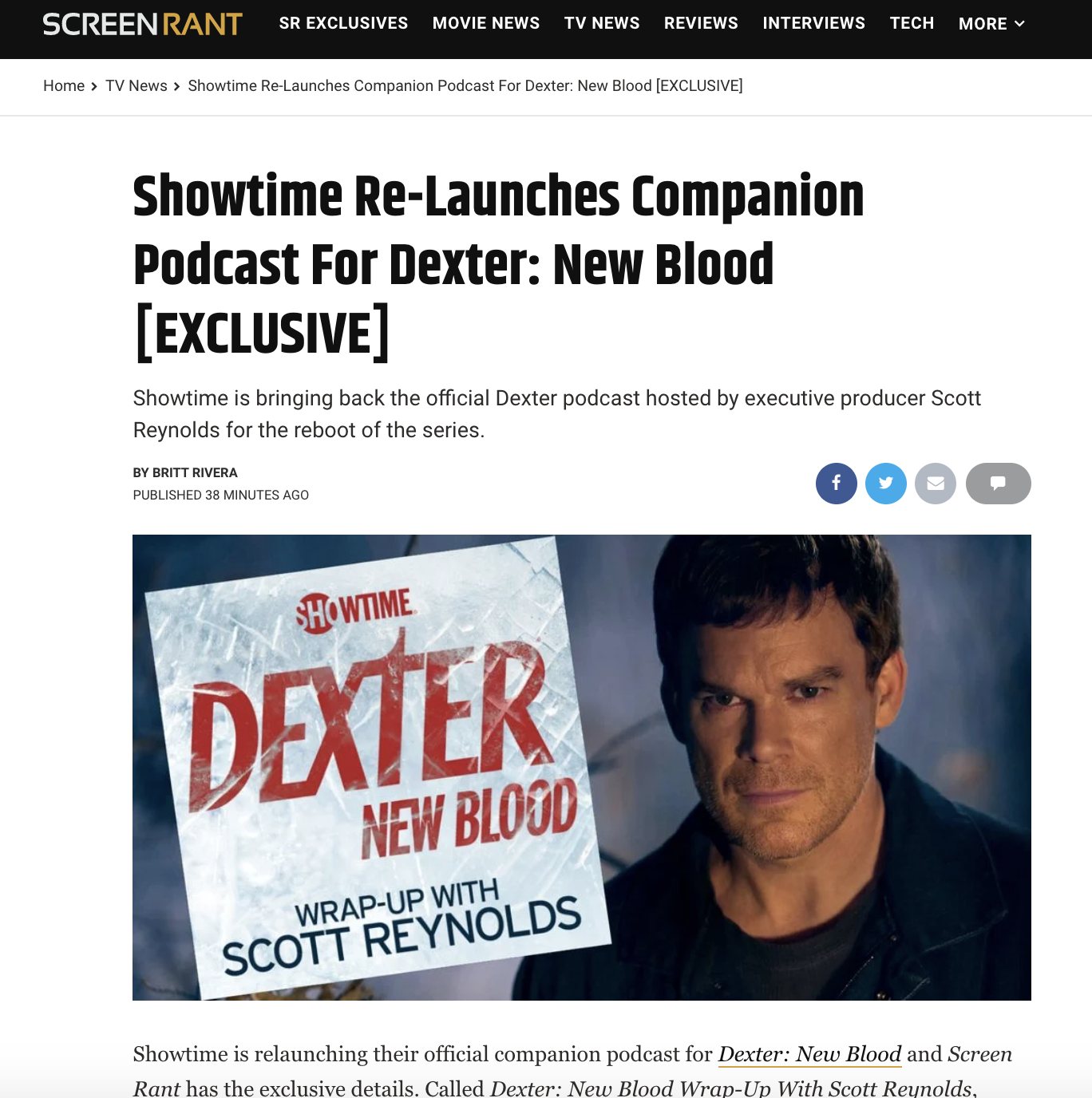 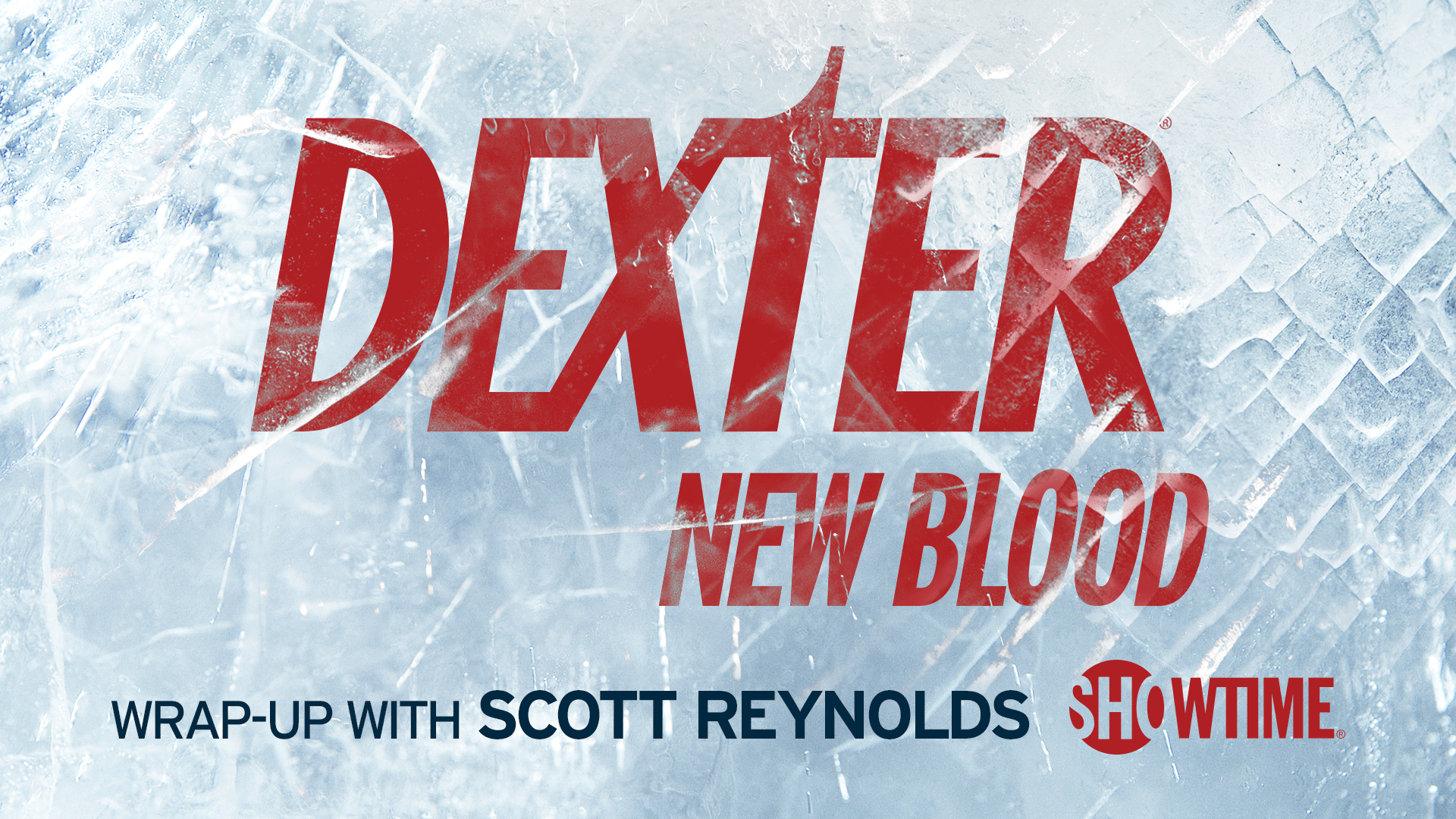