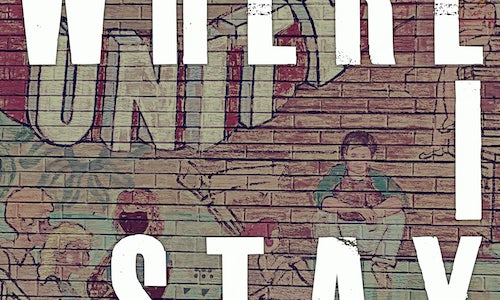 About Where I Stay: Angelica became homeless at age 12, but she never lived on the street. Instead: Prisons. Vegas condos. The living room of an Iowa drug queen-pin, and an inpatient facility for adolescents. This is Where I Stay -- a serialized audio documentary exploring "invisible" homelessness and housing instability in America through the lens of Angelica’s life.

Each year, millions of Americans experiencing homelessness are locked out of receiving necessary aid because they fail to meet the definition of “homelessness” set by the Department of Housing and Urban Development. Where I Stay was designed to change the way people think about homelessness by spotlighting the plight faced by these often-overlooked communities, who mostly consist of “doubled up” families, adolescents, and other at-risk groups.

The series is a multimedia collaboration with StreetWise magazine, a “street paper” dedicated to providing a platform to amplify voices on issues of homelessness, poverty, injustice and inequality. StreetWise currently provides employment to over 15,000 individuals in Chicago who are experiencing homelessness or are at-risk of becoming homeless through sales of its weekly magazine.

Over the course of 8 episodes, reporter Jesse Betend explores Angelica’s saga of invisible homelessness which took many unique and surprising forms. However, the series represents much more than just Angelica’s story.

StreetWise editor Suzanne Hanney, called Angelica’s story “a broader representation of what homelessness looks like across the nation,” and provided additional print reporting to accompany the podcast including interviews with a number of experts on youth homelessness who said they knew Angelica, even though they had never met her.

Each episode was also accompanied by an original illustration from local Chicago artists, featured online and in the pages of StreetWise magazine, as well as music by award-winning rock band EELS.

StreetWise Magazine helped bring Angelica’s story to its readers over the course of 9 weeks through its circulation of 22,500 print issues and 2,700 digital issues. The first issue of StreetWise magazine featuring Angelica’s story sold out its entire print run, providing much needed income to homeless and jobeless individuals in the middle of the pandemic.

Listeners have called the show “investigative, empathetic, emotional, grounded, and important,” (Tyler Snodgrass, listener review) and reporter Tony Boylan called it a “wonderfully empathetic telling of a story you will be richer for knowing.” Chicago social service organization, The Night Ministry, says Where I Stay is “An incredibly impactful and illuminating podcast about hidden youth homelessness.” Many listeners have expressed that the series has made them aware of an increasingly crucial issue they were previously unaware of. Others have called the show “captivating,” “Eye-opening and full of life,” “A must-listen," and noted that “each episode moves along so smoothly that you won't believe an episode is already over.”

Video for Where I Stay 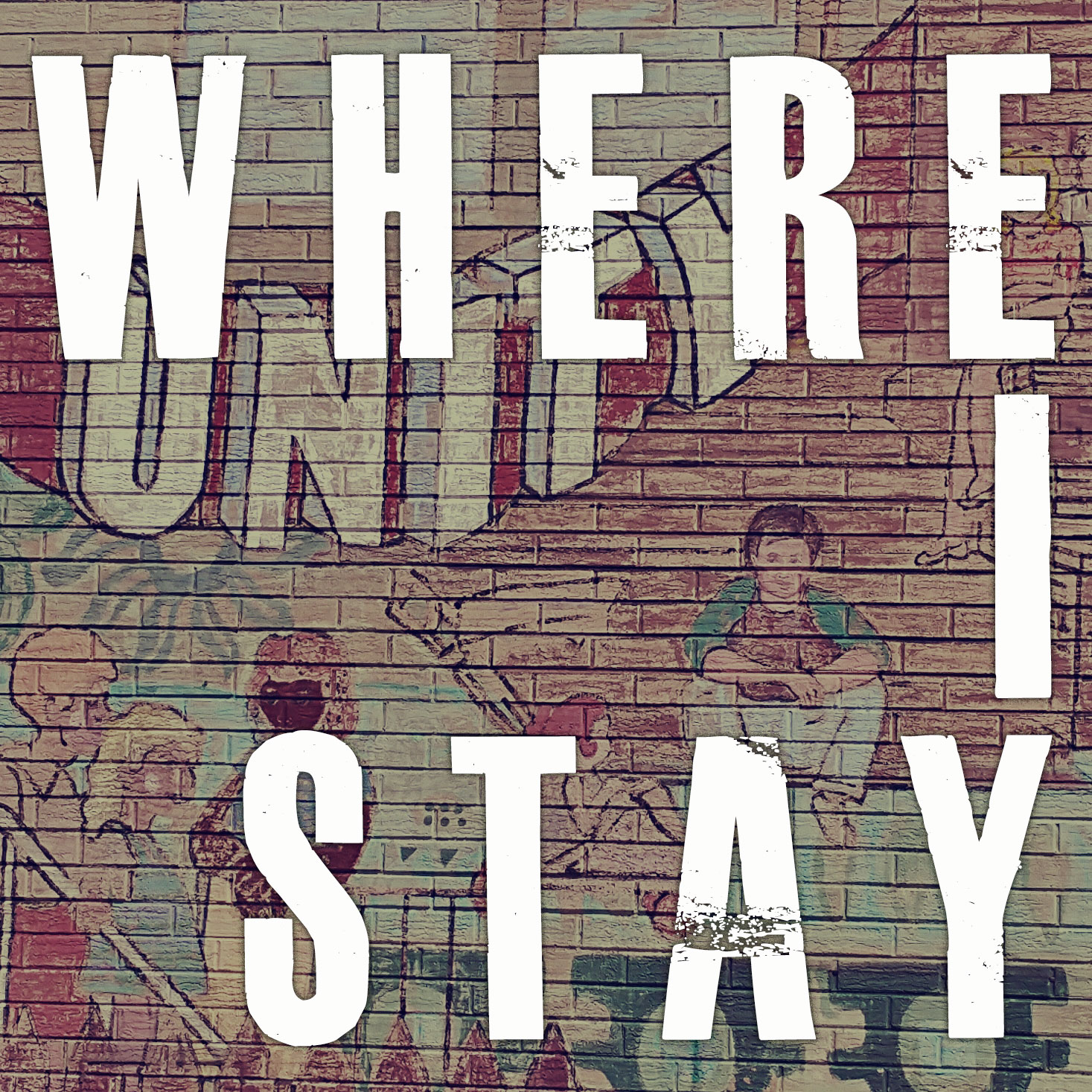 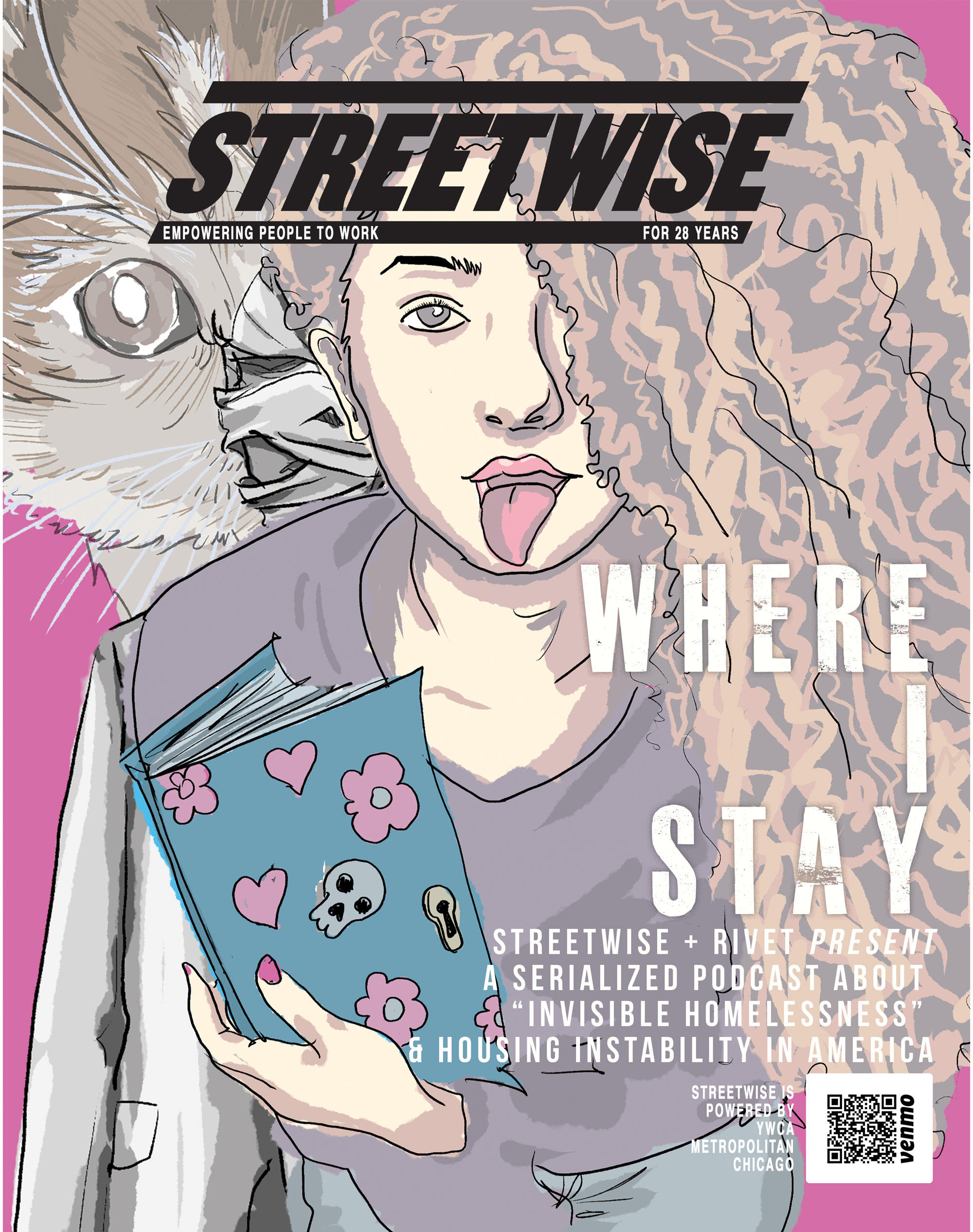 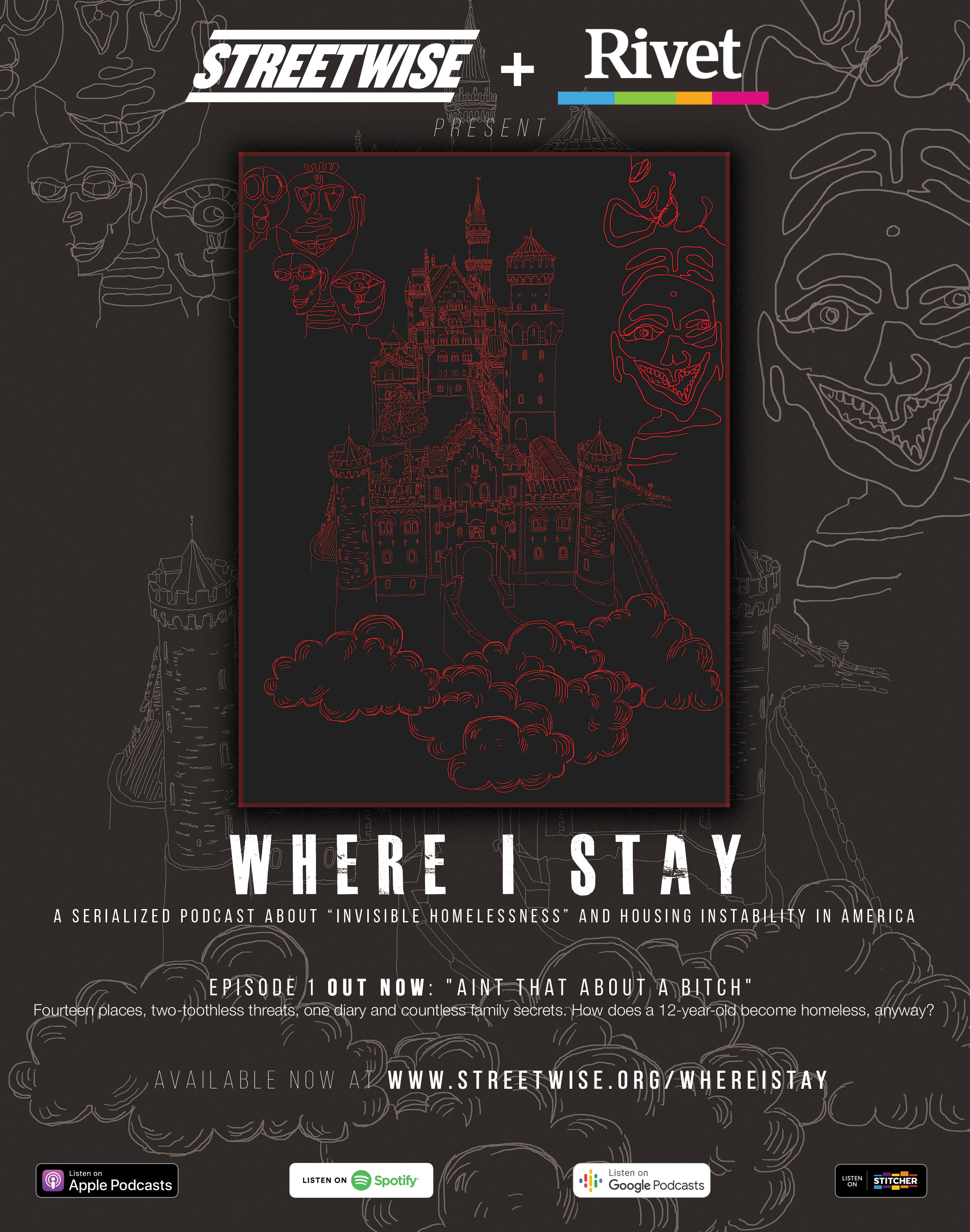 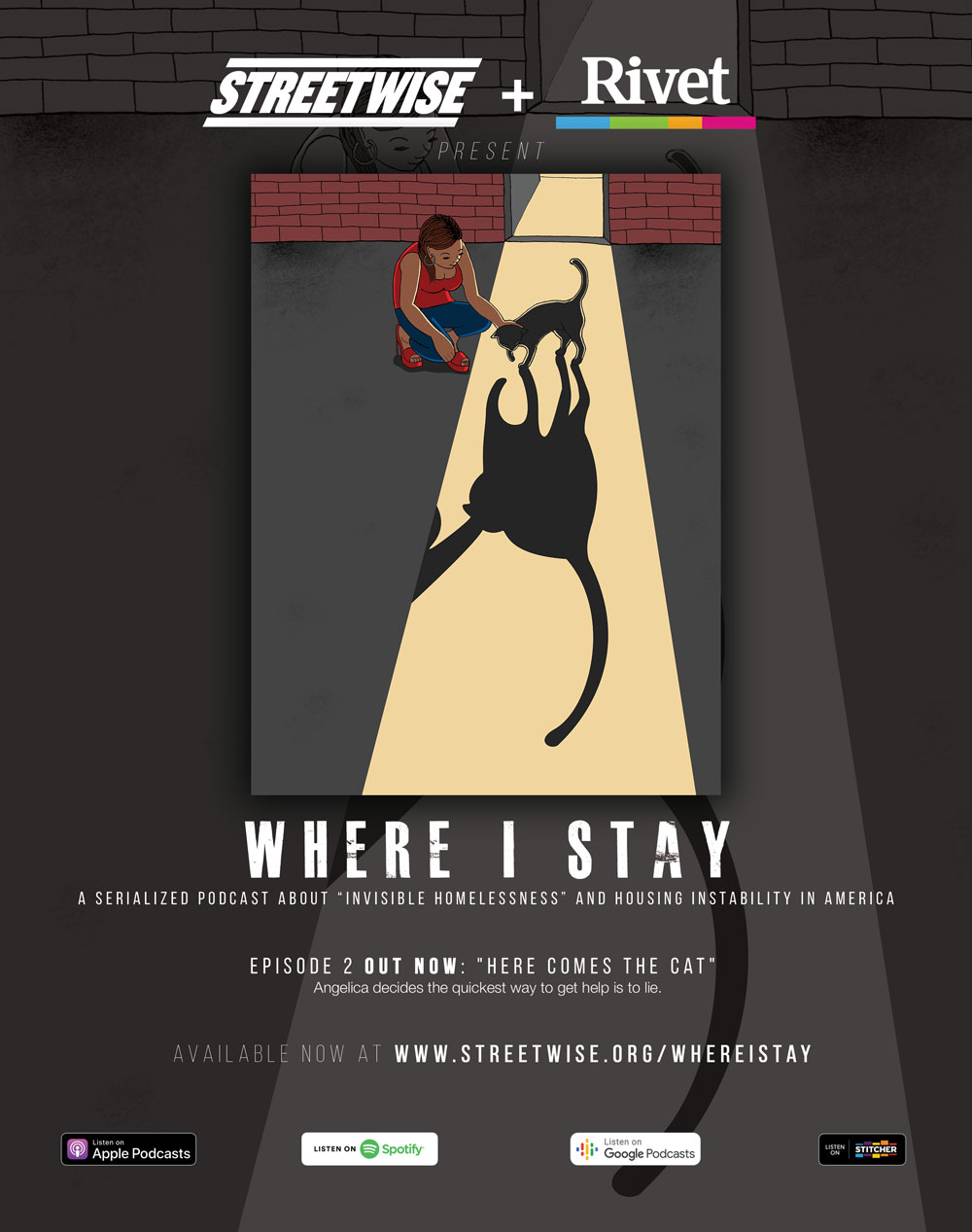 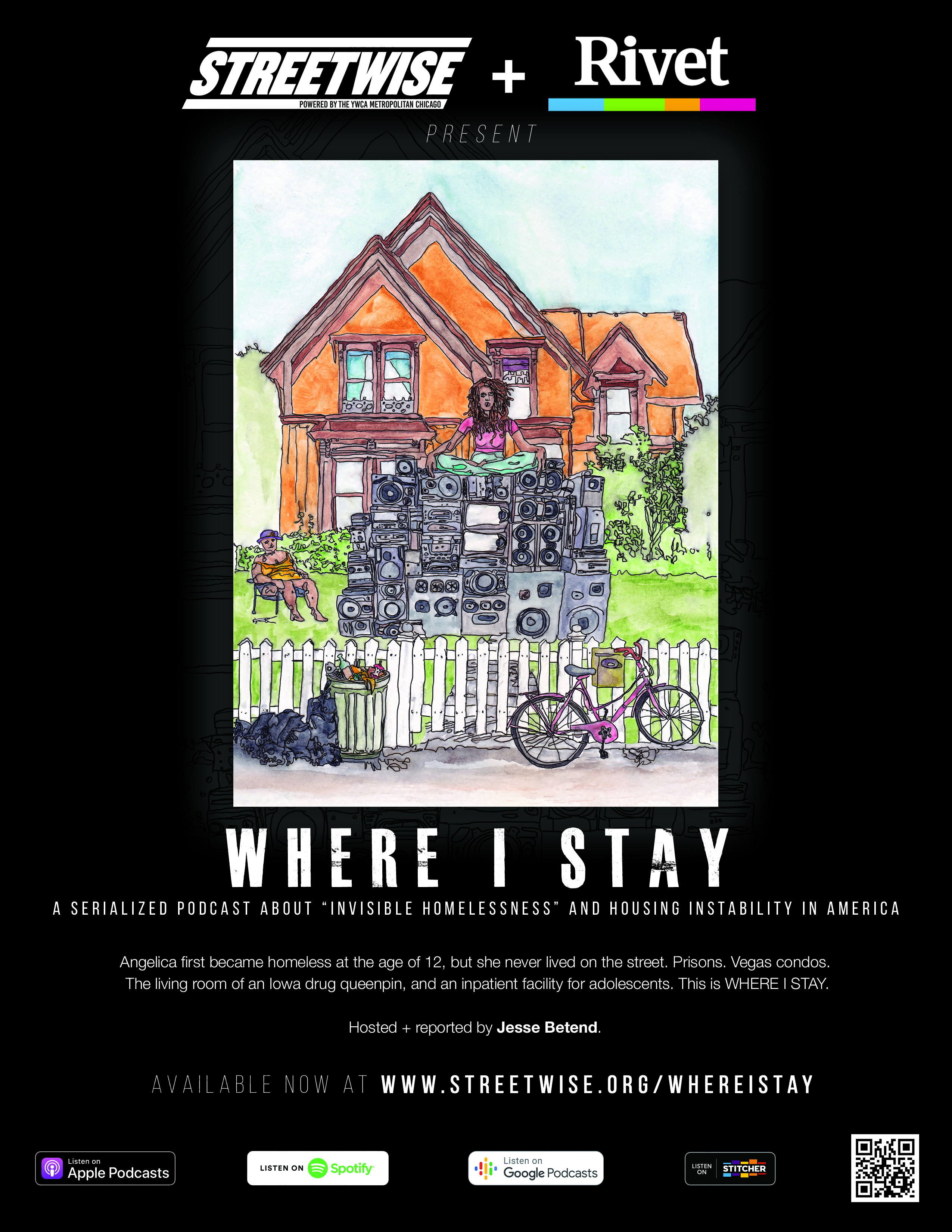 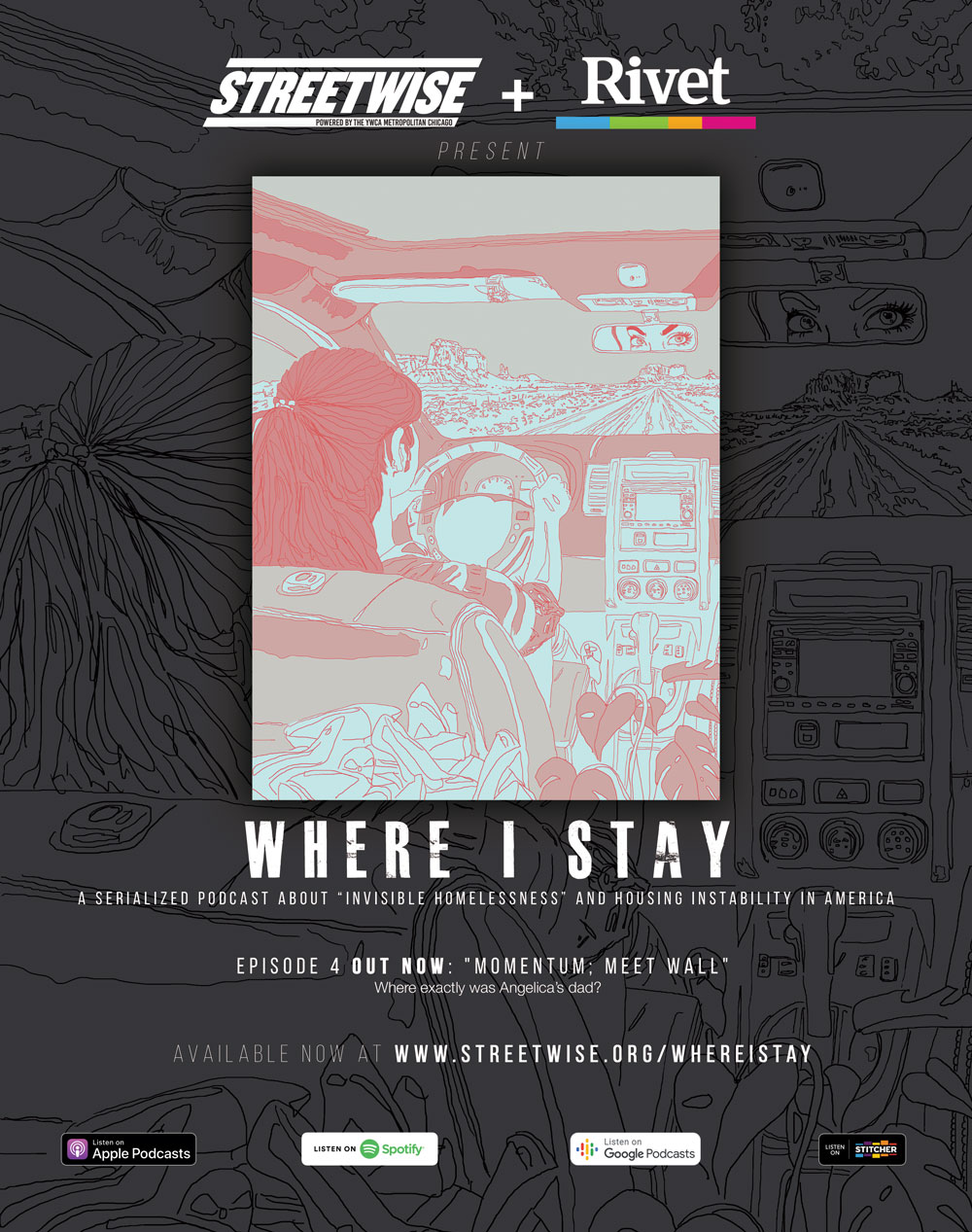 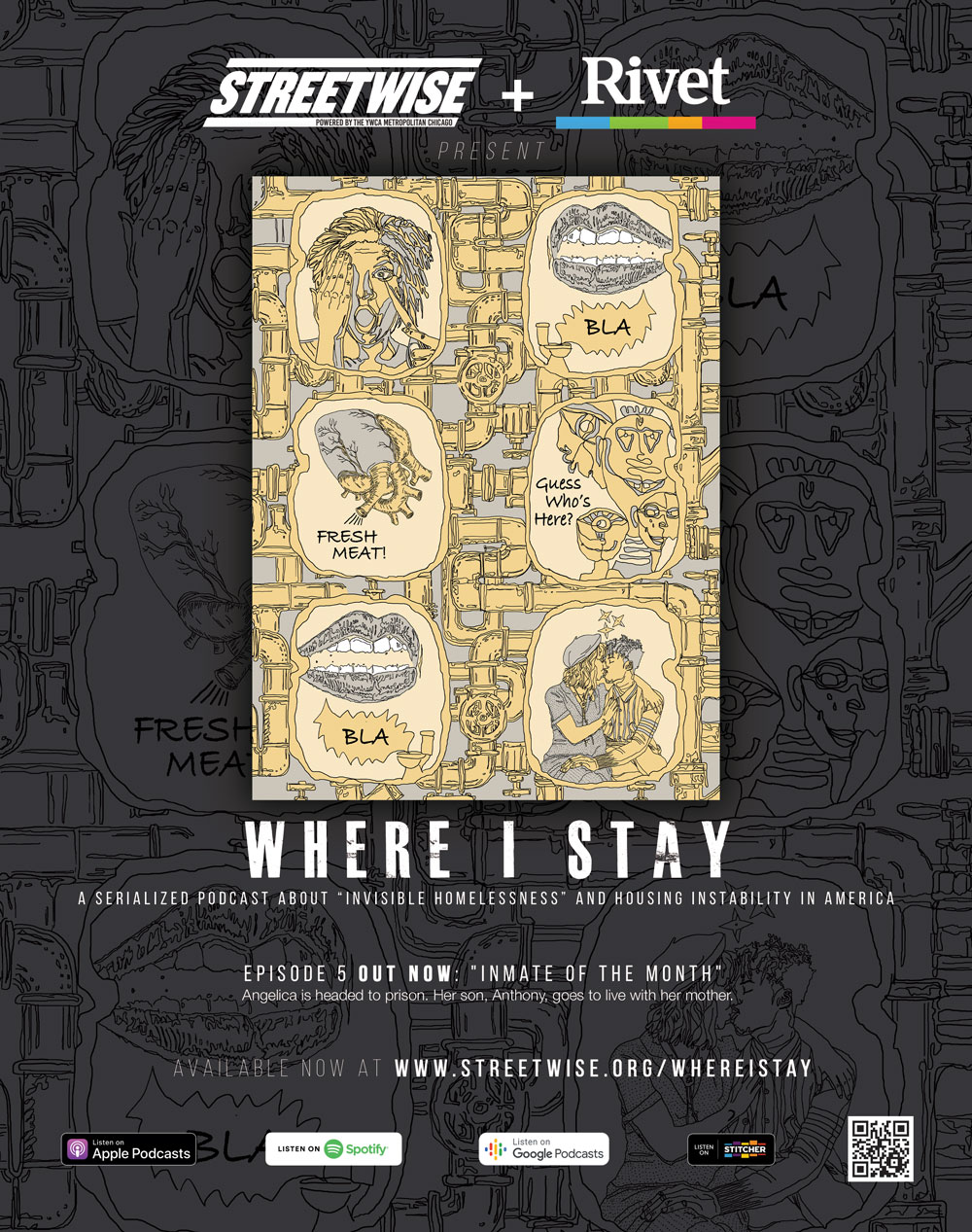 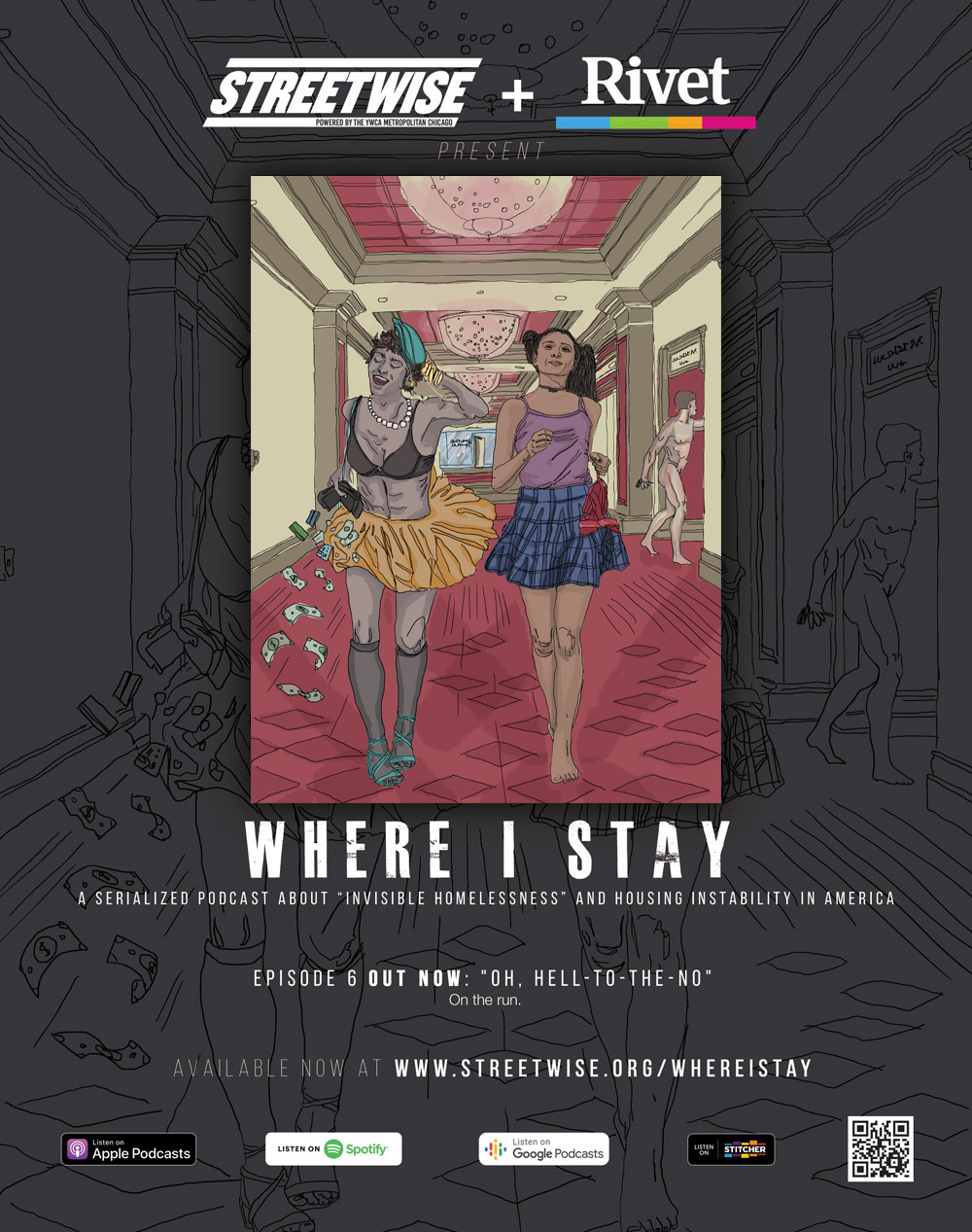 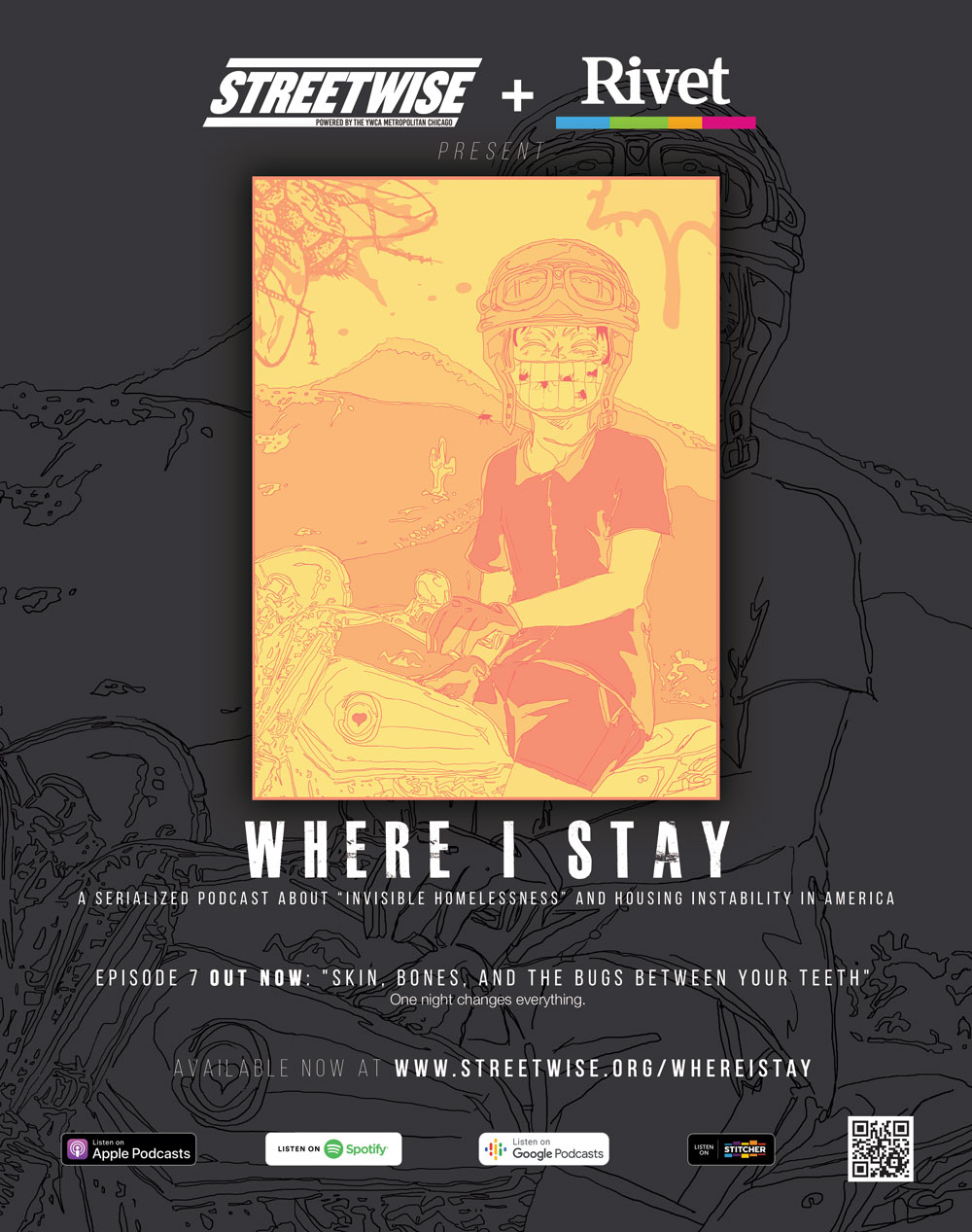 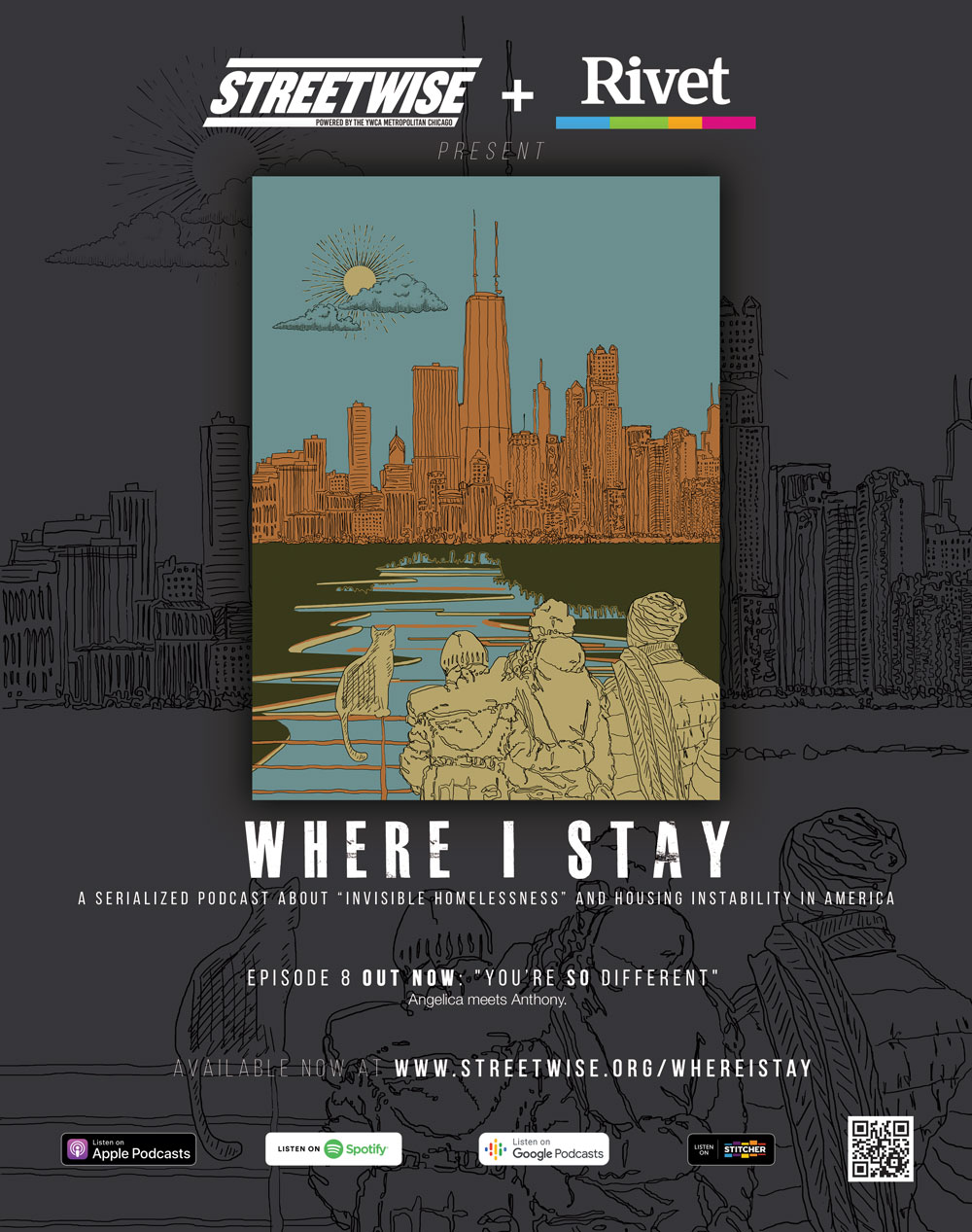