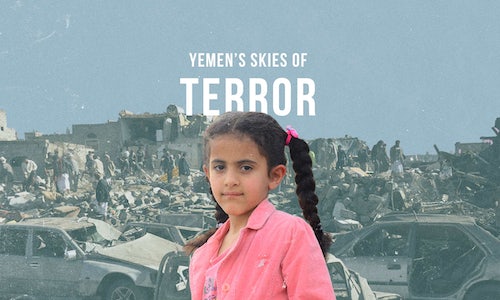 Contrast, Al Jazeera's immersive media studio, uses new and emerging technologies to build on Al Jazeera's innovative storytelling and journalism, giving our audiences the chance to experience some of the world's most important stories. Our VR documentary, Yemen's Skies of Terror, documents how the Saudi-led coalition's near constant bombardment of Yemen have left so many innocent children and families behind in the rubble.

As part of our editorial vision, we're always seeking to invite the participation of those from the communities most affected, guiding them in immersive filmmaking and working with them to tell their stories. In this way, we aim to give them a powerful tool in checking against misinformation, lack of information, misguided perspectives, prejudices and stereotypes. We've run on-site and remote VR training programs for local journalists and aspiring filmmakers in South Sudan and Jordan's Zaatari refugee camp, providing them with the equipment and skills sets needed to use immersive technologies to tell their own stories. We wanted to replicate the same model in Yemen, a war- torn country where media coverage had been sparse, and international recognition was lacking.

In Yemen's Skies of Terror, an immersive 360 film, we joined forces with local Yemeni journalists to document the impact of 16,000+ air raids in an already devastated country.

The Contrast team equipped local journalists, Ahmad Algohbary and Manal Qaed Alwesabi, in Sanaa and Hodeidah with 360- degree cameras and trained them in VR storytelling to provide a rare glimpse into life inside Yemen after three years of war.

Once the equipment was handed off to the journalists, Contrast began a four- month journey that included a near endless stream of WhatsApp messages and phone calls to gather testimonies of Yemeni children and teenagers impacted by the 16,000+ air strikes.

The documentary, Yemen's Skies of Terror, follows 15 year- old Akram who lost his good friend to an aerial bombardment. His neighbors were killed when a bomb was dropped on their home in the old city of Yemen's capital, Sanaa. Thousands of bombs have fallen on the country, and Akram's story is only one of many. We also follow 7 year- old Wedad and 17 year- old Bakr as they take us through Sanaa and Hodeidah and bare witness to how their lives have been forever changed by these events.

"At this time, we want nothing other than for the world to stop the air raids that kill us all and destroy our country," Akram said.

The immersive film fills a gap in today's media narrative in Yemen, revealing intimate portraits of those who must live in constant fear of the skies.

Released on the third anniversary of the war in Yemen, the film was published across AJ+, Al Jazeera English, Contrast, Al Jazeera Arabic, with a result of around 1.3 million views. The film was the first ever 360 video filmed by journalists Ahmad Algohbary and Manal Qaed Alwesabi. Not only did we train and equip Yemeni journalists on the ground, we also collaborated with Yemenis across the documentary, from music scoring to the illustrations.

The film has been shown at the Sheffield Doc/Fest, the One World Human Rights Documentary Film Festival, and the Melbourne Film Festival.

The film was a VR Award Nominee at Sheffield Doc/Fest 2018.

It won the Excellence in Immersive Storytelling at Online Journalism Awards.

Video for Yemen's Skies of Terror 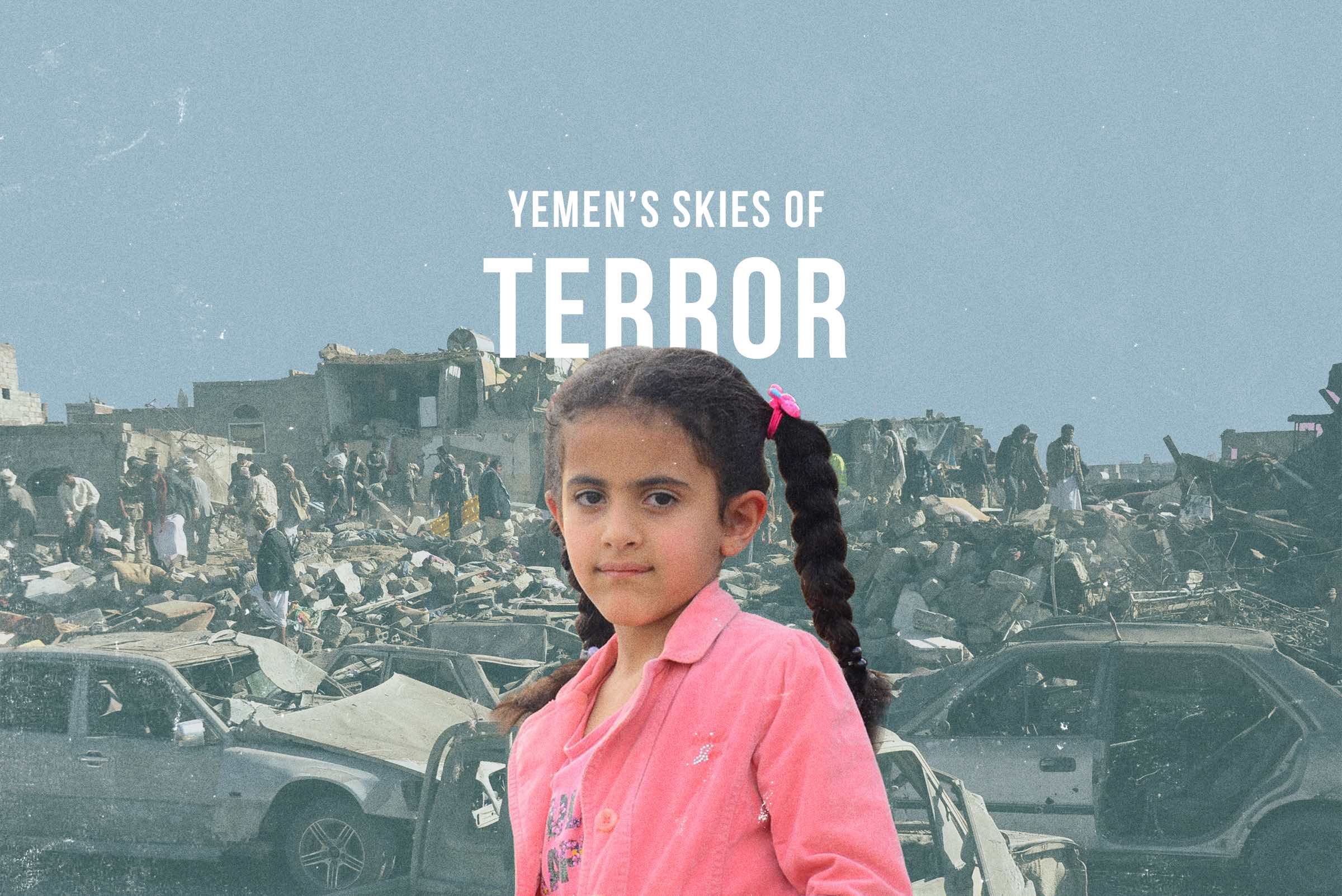