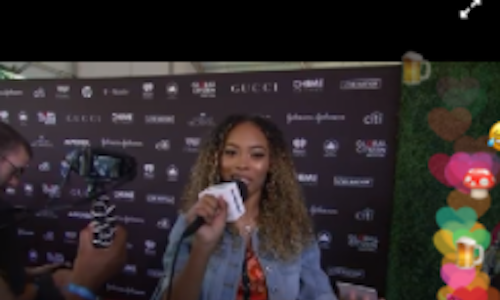 MSNBC and Musical.ly joined together for the first time to inspire the 'next generation' of Global Citizens at this year's Global Citizen Festival. Musical.ly and MSNBC's audience may not, on face value, have naturally overlapping demographics but we thought this was a good way to help bridge that gap. We wanted to offer Musical.ly users a unique way to reach the Global Citizen Festival – reaching out through music. We wanted to both expose the younger generation to the realities of global poverty, but also teach them that the news industry's coverage of these issues can help change lives as well. This was also Musical.ly's first official social good partnership.

This was a two-part campaign: 1) a hashtag challenge - #iamaglobalcitizen and 2) an exclusive red carpet live.ly within the Musical.ly app. The hashtag challenge was launched by Musical.ly influencers Lucki Starr (1.27M fans) and The Bomb Digs (296.1K fans). They asked Musers to join in the challenge by recording themselves doing their part to end food waste and hunger and post it within the app using the hashtag #IAmAGlobalCitizen. The red carpet was a 2 hour live stream from the Global Citizen Festival red carpet and was hosted by Lucki Starr.

The partnership's hashtag challenge saw more than ten thousand of submissions and millions of views of the hashtag content. The live stream saw nearly 70K live views of the red carpet, with hundreds of thousands of interactions from fans. In addition, this partnership allowed MSNBC to have exposure to a new audience demographic. Finally, the Musers that participated were inspired to take real actions by donating meals, giving food to homeless and volunteering in shelters. 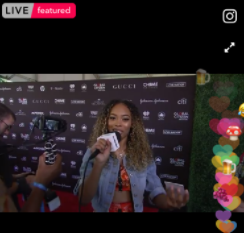