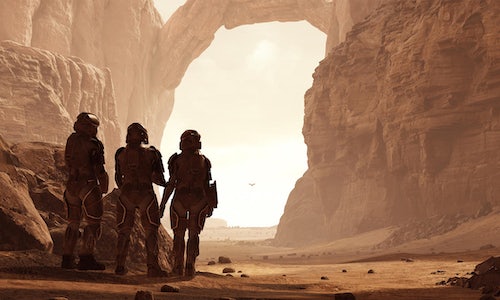 Throughout Season 1 of The Expanse, viewers were enraptured by the high-stakes politics of life on earth, and the 0-g frontier of life in the asteroid belt. What viewers hadn't seen yet was life on the Red Planet; a location that was set to feature heavily in Season 2.

With The Battle on Mars VR our objective was to give viewers their first look at life on Mars through a high-octane first-person 4-minute battle alongside a line of Martain Marines.

Our virtual reality scene was mirrored in the events of the opening scene of Season 2 on air, making it the first time that a prelinear airing of a show scene was done in virtual reality, and effectively introduced a new planet and character (Bobbie Draper) to fans of the show. On-location body capture, 3D Body Scanning, and the studio's twelve-camera photogrammetry system were used to scan actors' heads, full bodies and key props. High quality facial performance captures were used to deliver high fidelity facial data for all the scenes. This is the first time a high fidelity facial performance, capture solution has been used on a VR project for television. This contributed to an experience that was not only entertaining and gorgeous, but also completely faithful to the high production values of the series. The Expanse VR also ushered in the partnership between Syfy and Littlestar that gave millions of people access to the battle on mars through Sony's Playstation VR, Google Daydream, Oculus Rift, HTC Vive, Samsung Gear VR and more. The Battle on Mars, introduced the world to Season 2 of The Expanse, through a new planet, new characters, and a new medium. Interactive high fidelity VR with scale.

Since launching, The Battle on Mars hase been viewed over 500k times across Facebook, Youtube, and LittleStar platforms.

Video for Battle on Mars 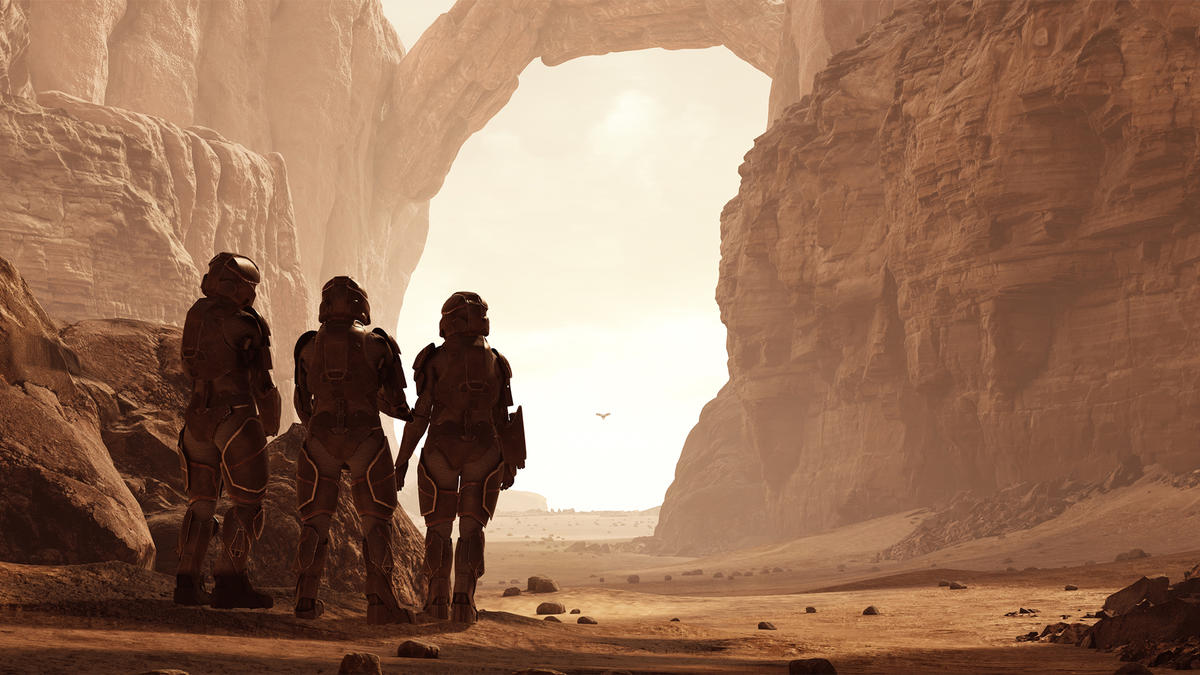