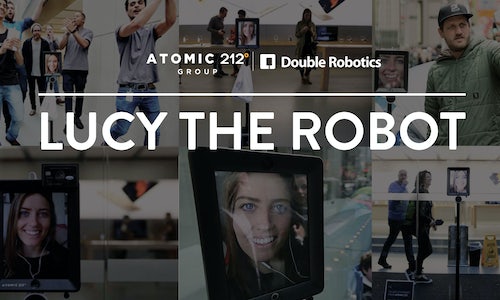 Silver Distinction in Creative use of Technology, Integrated Campaign

Global technology company, Double Robotics, wanted to launch into the Australian market with its Double telepresence robot. The device allows a remote user to manoeuvre the robot from the comfort of their home or office, and to interact with the world via video and audio devices.

Double robotics briefed Atomic 212° to develop a strategy and execution plan for launching the robot. The team set about developing plans to launch on a low budget with very ambitious targets.

Awareness was nil. Where normally this would be considered a disadvantage, the team decided to turn this into their advantage by tapping into the fact that customers had no preconceptions of robots. Therefore the territory of robots presented a wonderful opportunity to engender the imagination and interest of customers.

Budget constraints meant that something extraordinary was required.

Robots ignite the imagination … but can also lack personality. Atomic 212° recognised the need to create an engaging story and ignite the imagination. The robot needed personality. We also needed a launch platform that would cost almost nothing, providing powerful positive value to everyone's experience. Some would say we were asking the impossible.

Seek out and identify a positive, almost fanatical world event of such significance that the eyes of customers and media would be focused on it and add a highly visible layer to the event that adds extreme value, entertainment and relevance.

This is how we did it.

We identified the launch of the iPhone 6s and developed an idea adding relevance and entertainment to those fixated on the event. We focused our execution on Lucy Kelly, the girl behind the device – she was positioned as a young, energetic, innovative woman who did not want to stand in the wind and torrential rain. We placed the humanoid robot outside the George Street Apple store in Sydney to line up for the global release of the iPhone 6s. It queued for days and interacted almost constantly with Apple fanatics, the media and people passing by.

Our robot set about being the first person, droid or human, to buy the iPhone 6s. With Sydney being the first Apple store to release the 6s globally, our robot was the first to purchase it globally. The story simply was: Robot buys first iPhone 6s in the world.

The campaign was driven by social media, anticipated live television media coverage, branded content and supported by influential digital media. We targeted a number of mainstream publications like news.com.au and The Australian as well as well-known technology websites like Mashable.

Phase two came after the mainstream phase – we used the hype to target business websites and programs regarding the practical uses of the device in the workplace.

A microsite was developed to support lead generation and sales.

Please take time to view the video link which is a clear demonstration of the results.

"The result represents a new record for a genuine viral marketing campaign both in terms of speed and reach," Global Mobile Marketing Association.

As an added benefit the Apple store PR team invited the robot to be part of its own marketing effort.

The results were remarkable by both Australia and global standards, and according to the Mobile Marketing Association have set new benchmarks for true genuine viral media campaigns.

Video for Lucy The Robot 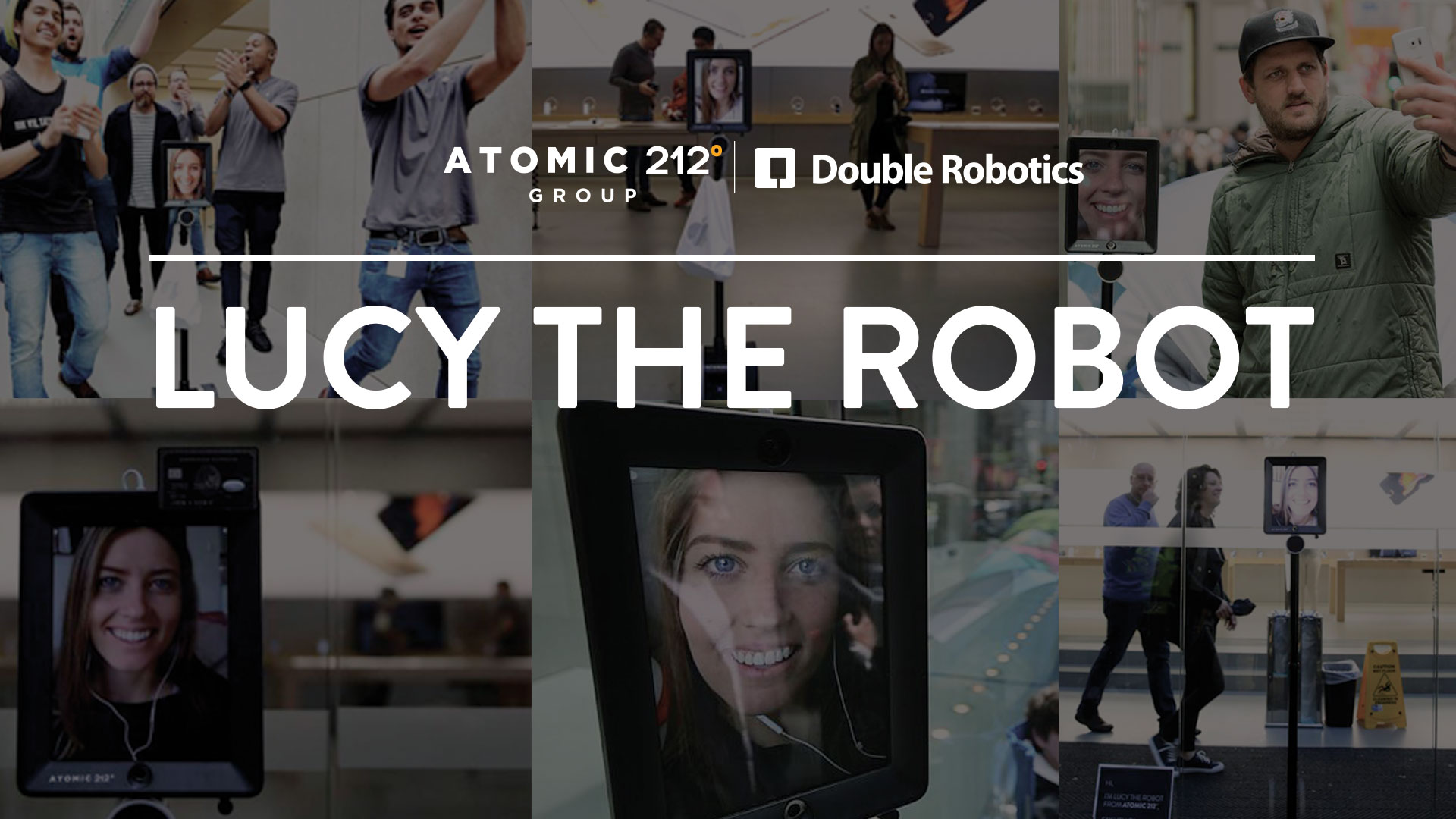