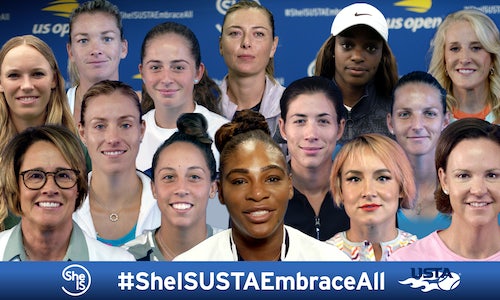 In 1973, the US Open became the first of the Grand Slams to offer women equal prize money with their male counterparts, the only one of the four majors to do so in the 20th century.

Continuing its commitment to gender equality, the US Open has now asked some of the biggest names in women's tennis to come together in support of "SheIS," a new initiative which aims to increase awareness of women in sports, defined by a daring mission statement: "She Is. We Are. Embrace All."

The USTA banded together with women's sports leagues, including the WNBA, National Pro Fastpitch, and Canadian Women's Hockey, to harness the power of women's sport to create a future of, by, and for strong women. The USTA "Embrace All" campaign is defined by the statement: "The only thing that separates us from each other is the net."

Throughout the two weeks of the US Open, a slew of stars will stand united as one voice on the importance of female athletes supporting each other. A social media-centric campaign will see a total of six videos released across the US Open channels, featuring current and former tennis stars, including Serena Williams, Sloane Stephens, Angelique Kerber, Maria Sharapova, Garbiñe Muguruza, Jelena Ostapenko, Madison Keys, CoCo Vandeweghe, Caroline Wozniacki, Karolina Pliskova, Bethanie Mattek-Sands, Lindsay Davenport, Mary Carillo and Tracy Austin.

The joint campaign sought to demonstrate that we all deserve to experience the incredible and lifelong benefits of playing sports. SheIS x USTA represents a progressive step in showing the sports world and its fans that women's sports are worth watching and supporting.

Hashtags like the #FutureIsFemale, #WomenInBusiness and #GirlBoss have defined a cultural conversation in 2018. These short but empowering tags have a combined Instagram usage of over 30 million posts and served as creative inspiration for the campaign.

Since launching the official #SheISUSTAEmbraceAll video content on Day One of the 2018 US Open (Monday, August 27), the campaign has reached 6M people, receiving 8.55M impressions, 2.4M views, and 52.5K engagements in 24-hours.

On Instagram, the launch video was the most viewed video on day 1 of the US Open generating 350K views in less than 24-hours

Our statement video with Andy Murray, 3x Grand Slam champion, was the most viewed video on US Open Twitter resulting 109K views on Day One of the main draw. 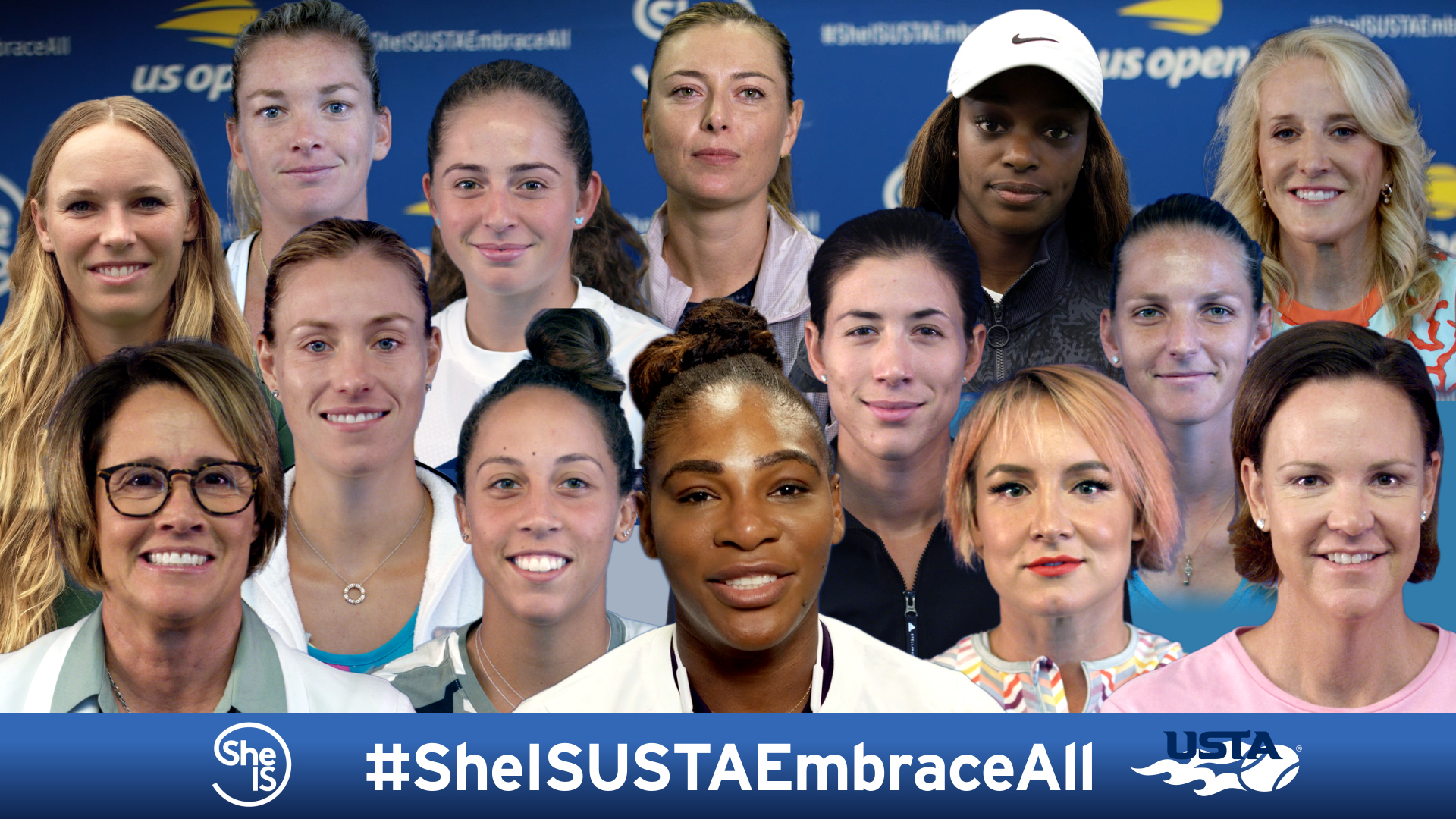