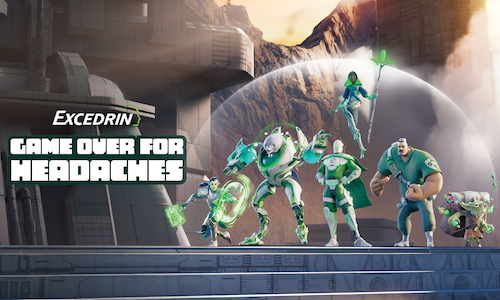 Game Over for Headaches

As the head pain expert for 60+ years, Excedrin is always listening to consumers to understand where and when they need relief. In doing so, we learned that sometimes the things they love, like gaming, are the root of their head pain. More than 70% of gamers say getting head pain while gaming adversely affects focus and performance, yet the majority (80%) play through the pain.

Excedrin identified an opportunity to increase household penetration with a new, younger demographic by targeting an explosive-growth audience: gamers. This audience was suffering from headaches that were preventing them from doing what they love most – gaming – and presented an unmet need.

In 2019, we discovered that 7.3 million 18–24-year-olds game for 5+ hours a week. Since then, gaming activity has jumped to all-new highs during the pandemic. Through social listening, we uncovered insights around how gaming has an immense impact on the body and mind, creating the ultimate gamers’ paradox. Headaches have the power to take gamers out of the game—but everything about gaming can actually cause headaches: screen time; adrenaline-inducing environments; sacrificing sleep and meals; etc. And less than half of gamers actually treat their symptoms, which means they are playing through the pain at the risk of their health.

With the “Game Over for Headaches” campaign, Excedrin set out to be an ally for gamers—to help them keep their heads in the game so they can battle more important foes.

We brought this integrated campaign to life through four key pillars:

First, we built brand credibility in the gaming space through an Excedrin-owned study enabling the development of a 6-step mindful gaming routine. Designed to help combat gaming-related headache triggers, the routine features tips such as hand massages to avoid cramps, eye exercises to improve focus, and deep-breathing exercises to relax the mind. By leveraging this science-backed routine in campaign communications, Excedrin built credibility while providing real value by helping gamers avoid head pain in the first place.

Next, we created owned assets for online video, display, and social, all grounded in gaming culture. To communicate our message in a way that truly resonated with gamers, we adopted “the Healer”—an underrepresented character class that enables other team members to stay in the game. That led to the creation of The Excedrin Healing Academy—six diverse healers, each tied to a specific headache trigger, and crafted to meet the visual standards of our audience—as our core creative asset.

Third, Excedrin launched the first-ever OTC partnership with Twitch, the world’s largest videogame streaming platform, to further distribute the brand’s story  via a custom influencer program. Excedrin sponsored twelve livestreams with diverse, influential streamers and included a custom Twitch integration that could be triggered through the chat box. Participation rewarded participants with “sub-bombs,” or subscription credits. The barrier to entry was low: the only requirement was to type “#Excedrin” in the chat once prompted by the influencer. The branded integration consisted of an animation that visually mimicked a health meter and healing sounds similar to those found in real games, and was creatively concepted to minimize disruption of game play.  By leveraging Twitch, Excedrin was able to better establish itself in the gaming space and break through to a target audience already familiar with the nuances of the platform.

And finally, we partnered with Matthew Haag, AKA “Nadeshot”— influential streamer and CEO of the esports collective and lifestyle brand 100 Thieves. He helped humanize the study by sharing his personal experiences with gaming-related headaches with media and his fans on social media and Twitch. By employing the routine, he helped others become more mindful of gaming-related headaches and to reduce their own risk of getting them. As an Excedrin user, Nadeshot also provided credibility and resonance for Excedrin among this new audience.

We harnessed Nadeshot’s media cachet to attract earned attention for the brand’s story. This included a dynamic media strategy spanning endemic gaming verticals and health, lifestyle, and business media. While Nadeshot shared his personal experience, we also had Dr. Elizabeth Seng, clinical psychologist and Excedrin Head Pain expert, on hand to illustrate the physical and emotional impacts of headaches.

From a communications standpoint, the brand focused its social efforts on Twitter, where tweets about gaming have reached 2 billion+ in 2022, up 75% from 2019. Campaign activity included brand tweets distributing platform-optimized creative, as well as a Twitter sponsorship of E3, a well-established gaming industry event that was broadcast across digital platforms.

“Game Over for Headaches” was a successful campaign, effectively breaking through to a new audience by leveraging influential streamers in the gaming space; partnering with the world’s most popular gaming streaming service, Twitch; and creating original content to speak authentically to gamers. This led to heightened earned coverage and positive consumer attention, and ultimately drove meaningful business results.

AdAge also acknowledged the campaign as their “Creativity Pick of the Week.”

Video for Game Over for Headaches 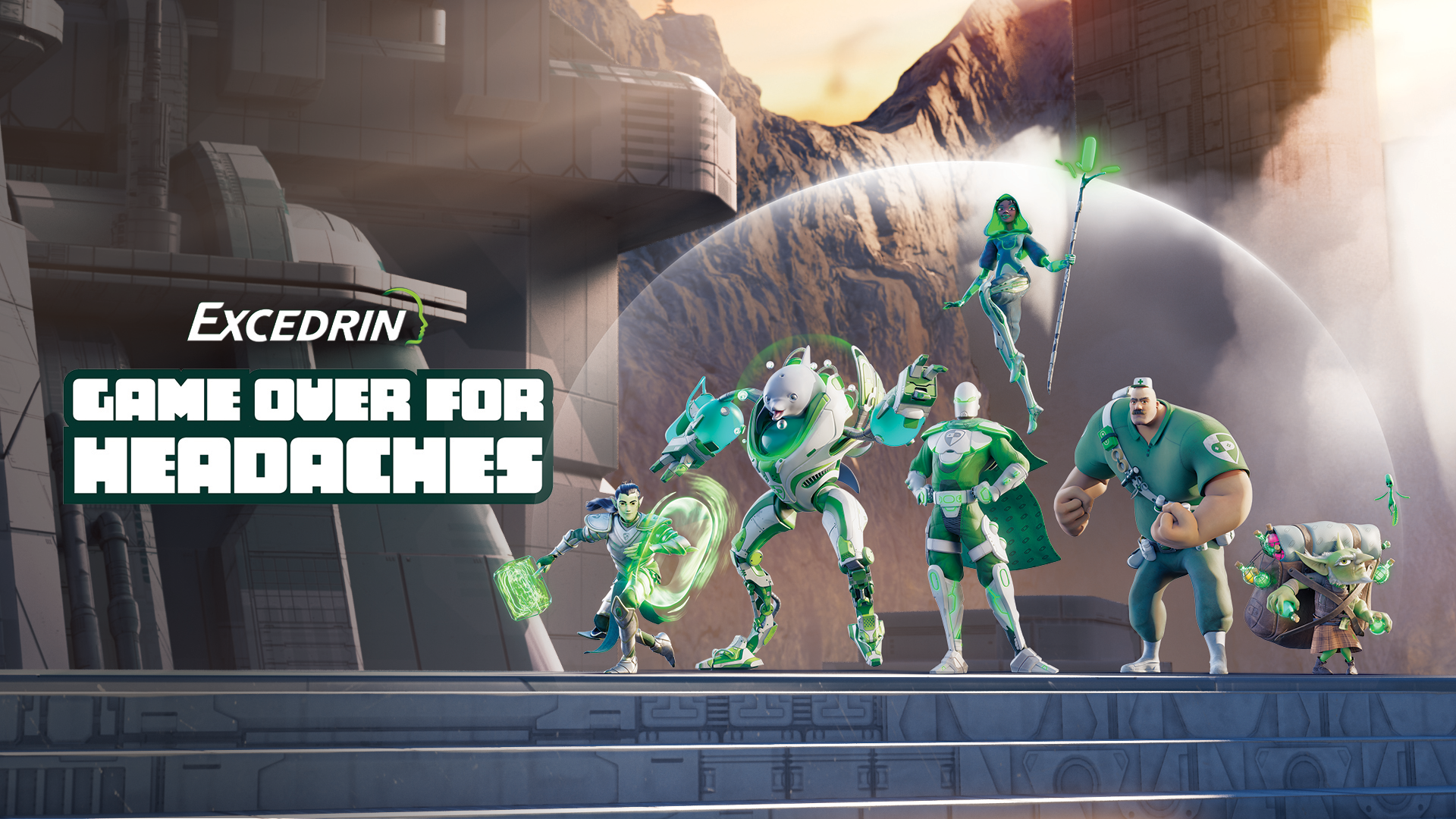 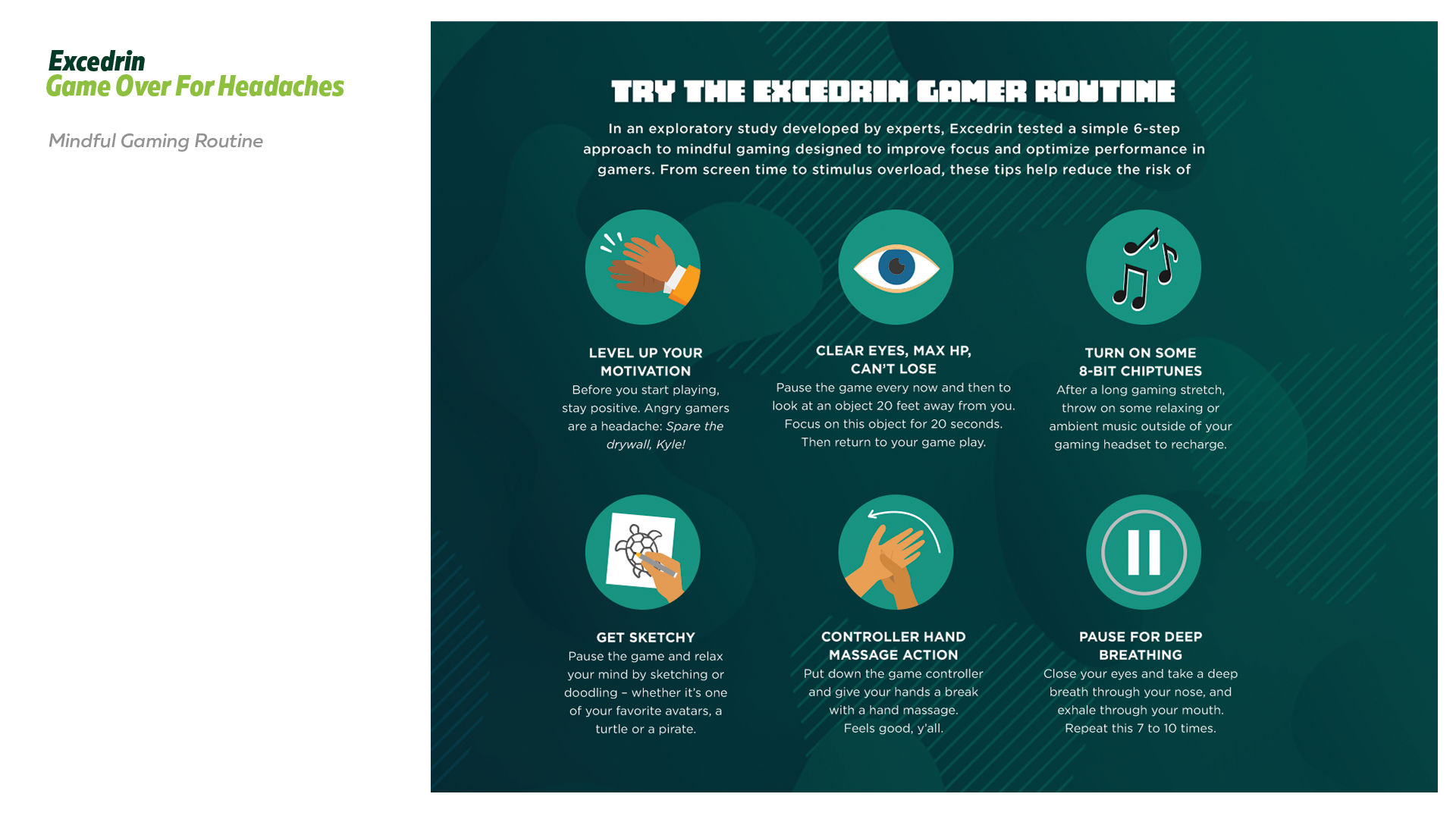 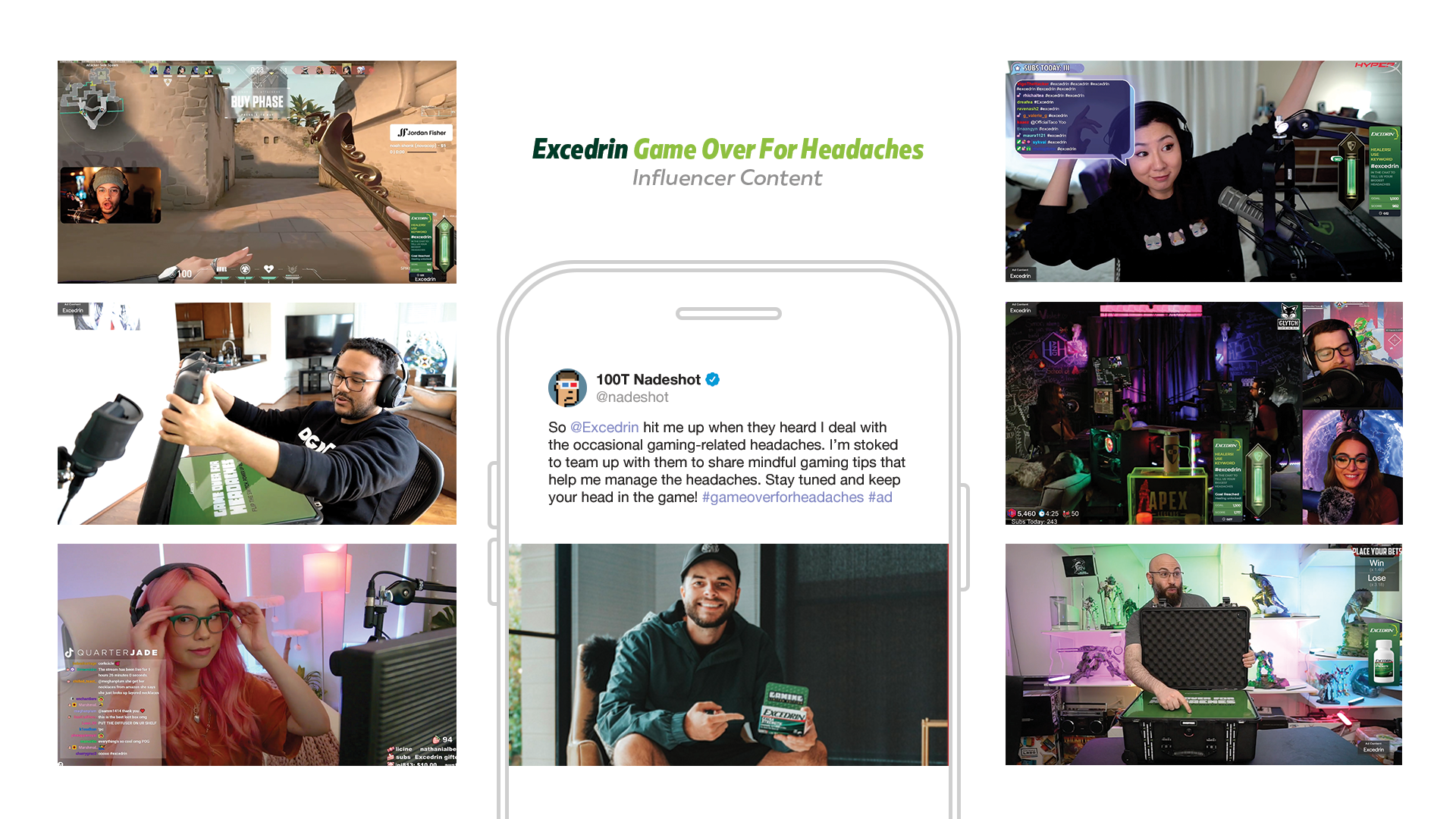 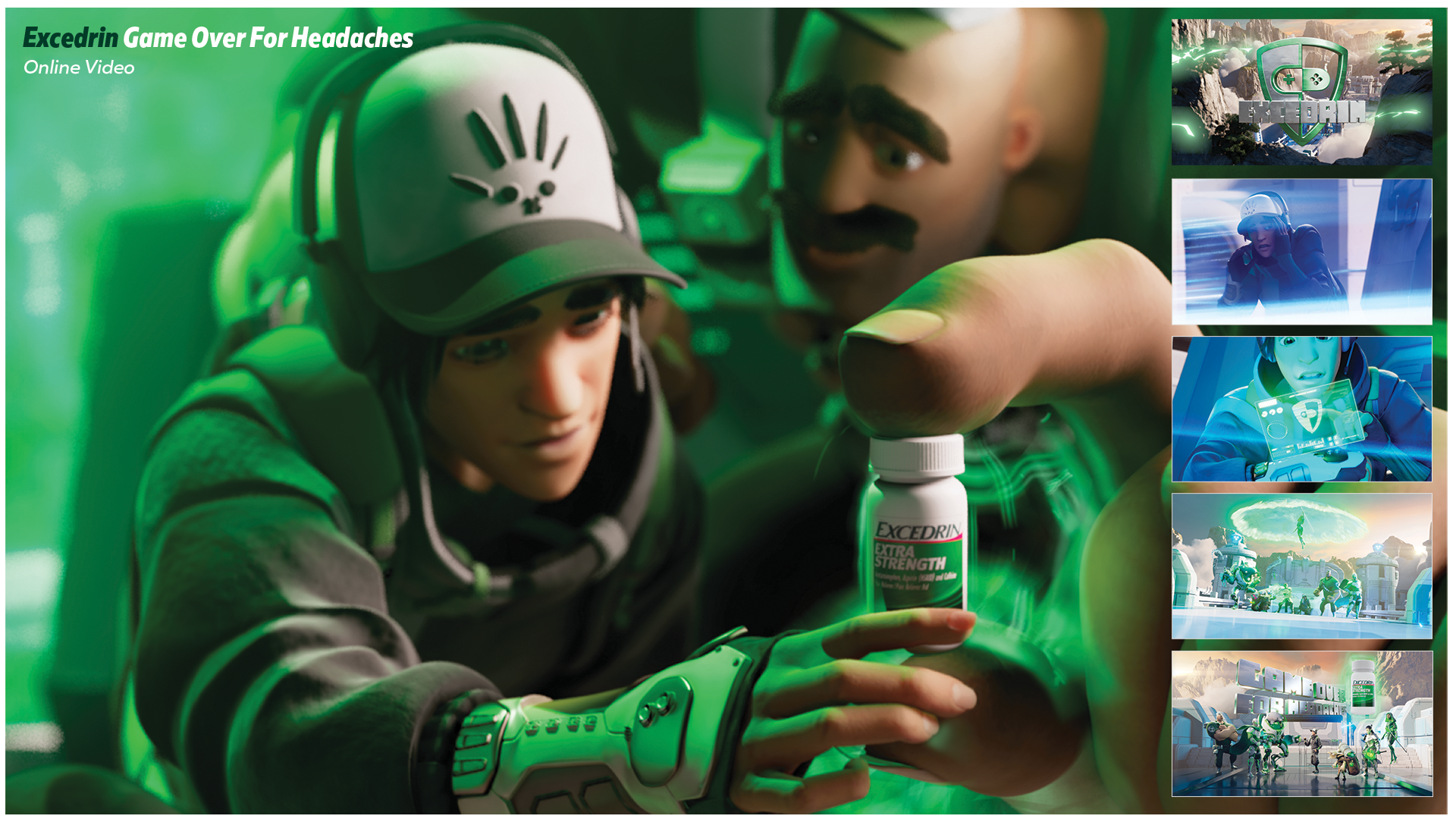