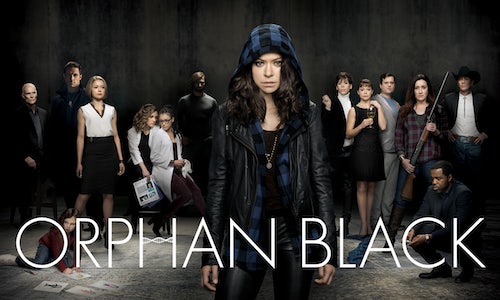 Season 3 of Orphan Black explored themes of sisterhood, identity, science and sexuality. We focused on the theme of family - both the unconventional family in the show, and the fandom now representing one big family.

Our overarching objective was to grow the online audience for Orphan Black, raise awareness for the new season, sustain a conversation with CloneClub, and recruit new viewers.

During the season we encouraged catch-up for previous seasons and created urgency to watch in the community by eventizing premiere and tune-in. We utilized interactions with talent and created social tentpoles to maintain momentum for the Season 3 premiere.

To connect with fans in a variety of new and proven ways, we:

To build excitement for Season 3 during the off-season and continue a conversation with the Orphan Black fandom family we:

Orphan Black social accounts have experienced growth in both quantity of fans and in engagement, conversation volume, and fan interaction. Here are a few highlights: 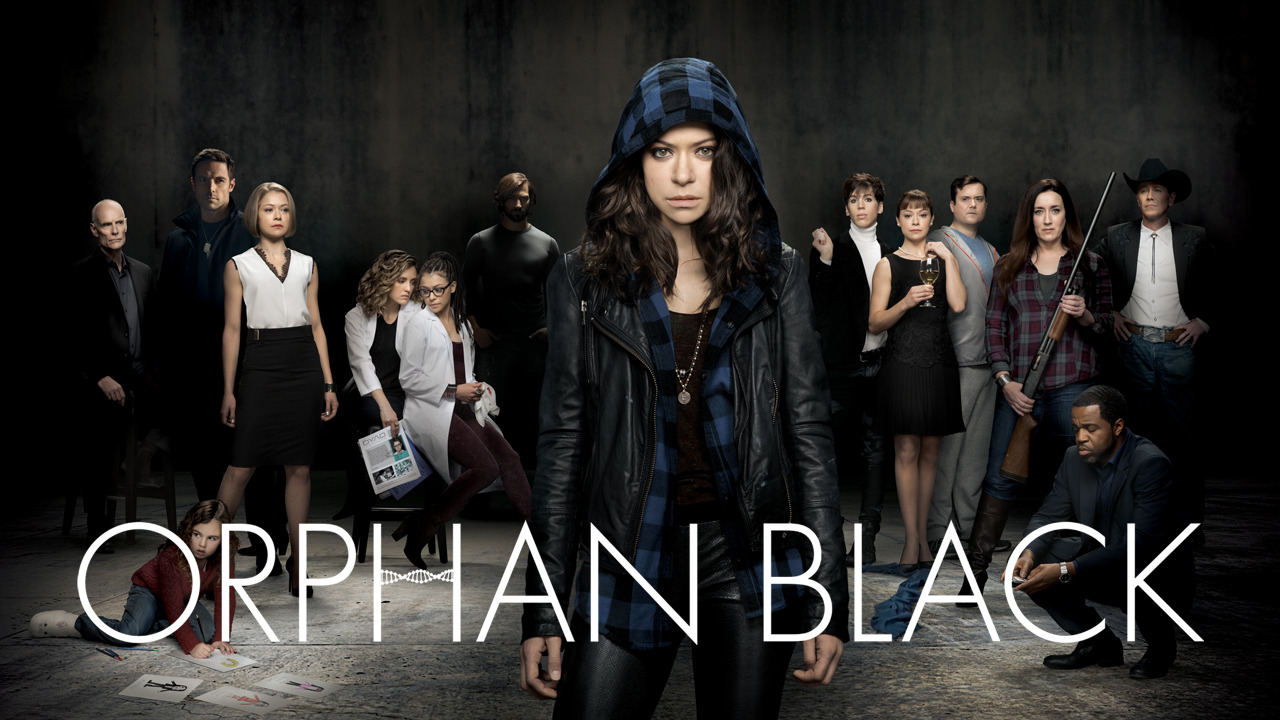 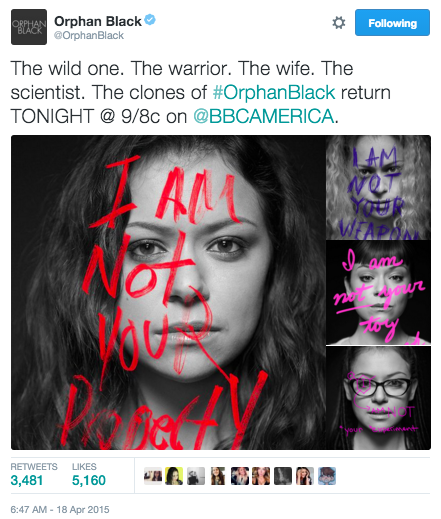 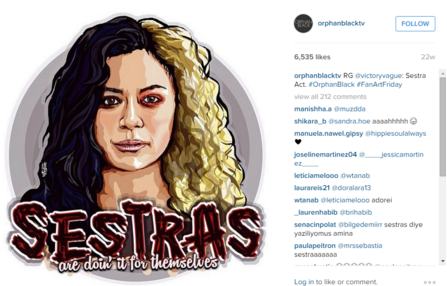 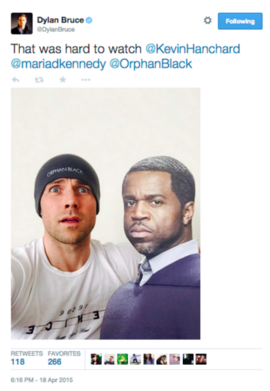 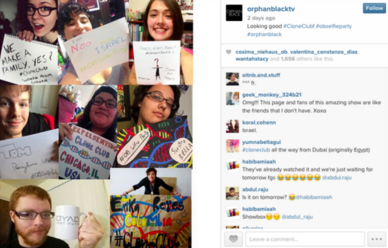