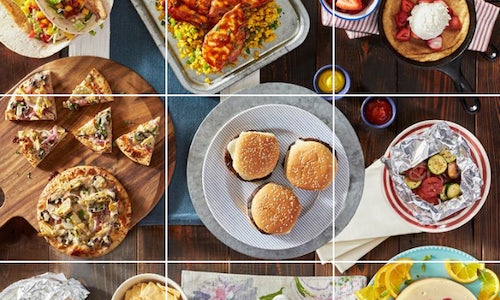 Bronze Distinction in Photography and Graphics

Reynolds Wrap has been helping people make delicious meals for over 70 years, but they were lacking relevancy among a younger target. As a way to reinvigorate the brand, we decided to tap into this demographic—and the sphere in which they spend the most time—social media. Because of the large cooking community and flourishing foodie culture that exists on photo-sharing platform Instagram, we decided to make this channel of Reynolds Wrap's social media (@reynoldskitchens) our main hub.

The bulk of the campaign features gorgeous overhead shots of eight food-filled tabletops that are seamlessly stitched together to create one long "Endless Table" on the Reynolds Instagram feed.

Each table is seasonally themed to reflect specific times of the year, including: summer, grilling, back to school, fall, Halloween, Thanksgiving, and Christmas. Users were driven to Reynolds' Instagram page via online video, Facebook, Pinterest, and print.

Each themed table features 21 recipes. Week by week, the brand posts photos of pre-prepared dishes to create a beautiful table that flows through the seasons. But what makes this feed different from any other foodie's? Once a user sees a dish they like, they can click on the image and explore deeper into a sub-account that contains a step-by-step recipe, including photos and instructions on how to make that specific dish–creating the first-ever Instagram cookbook.

As a way to generate even more buzz, Reynolds enlisted an army of foodie influencers, from food bloggers and Instagrammers to popular chefs, to create recipes for each table and share them on their social channels. This influencer network alone has garnered the Reynolds Endless Table virtual cookbook more than 263 million impressions.

Our unconventional overhaul of the brand's Instagram account has established Reynolds Wrap as a brand that creates value for its consumers, increased both brand affinity and relevancy, and has reached a whole new audience of fans—not to mention, has increased the @reynoldskitchens Instagram following by more than 1300%. 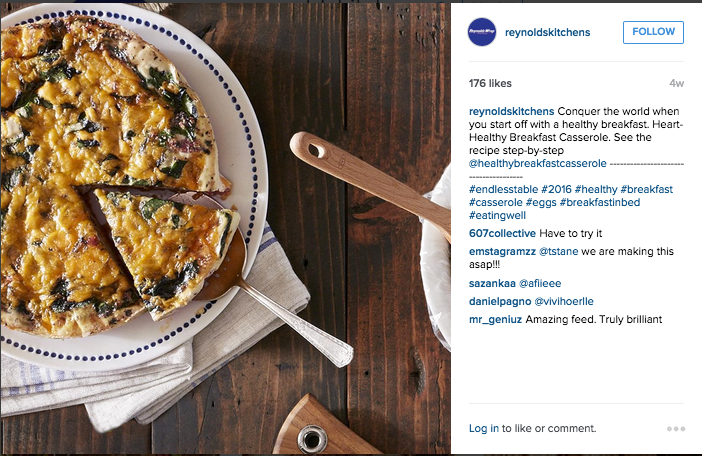