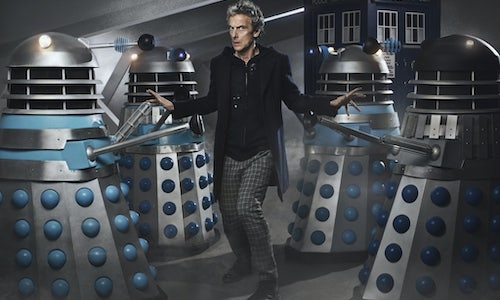 2015 marked the 9th season of Doctor Who, which has a long and storied history in pop culture since premiering in 1963. With the newest iteration of the series and the most current, BBC America's goal was to continue building the community's activity through organic always-on social media that doesn't simply end when the season does. Our goal was to utilize live television, Tumblr, Instagram, Snapchat, and Twitter in a way that connected and continued to build the Doctor Who community.

The real stars of Doctor Who are Whovians- the fans of the show who always surprise us with endless creativity, love for the show, and for each other. The new season of Doctor Who was a time of adventure and emotional connection with the Twelfth Doctor, and it was also a time for the fans to connect with and grow closer to one another. We facilitated these connections by increasing fan interaction between the show and the fans, amplifying fan content, hosting more participation campaigns, giving social live-support in multiple geographic zones, airing the new season premiere on BBCAmerica.com, Tumblr, Facebook and YouTube, and hosting a premiere fan screening at SVA's Theatre in NYC. We synchronized a global release for the new season trailer during the Doctor Who panel in Hall H at San Diego Comic Con and also organized a large IRL fan meetup.

We connected fans with show talent through questions sourced from their social media posts and comments which was then compiled into a Q&A video series called #AskDW on multiple social platforms including Twitter and Tumblr. We enhanced the sense of curiosity and adventure throughout the season with bold imagery, GIFs, original artwork, and episode trailers on Instagram, Twitter and Tumblr.

In 2015, Doctor Who's social team engaged with the audience in a variety of new and exciting ways:

During the off-season, to capture new fans and build momentum for the new season, we:

Fans interacted more frequently with Tumblr content this season, as the number of post interactions rose to approximately 128% in Season 9 compared to Season 8. 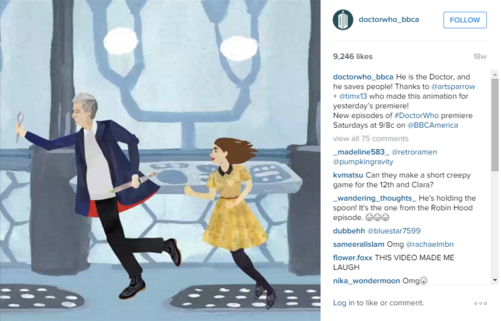 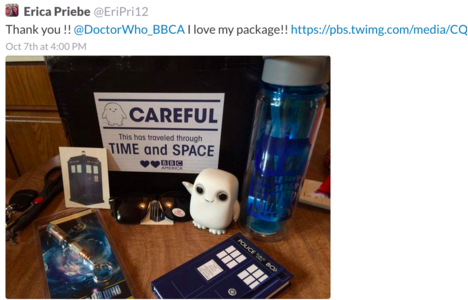 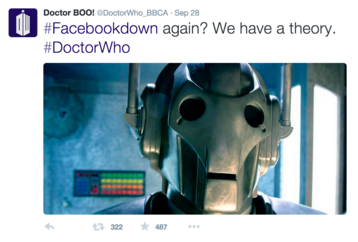 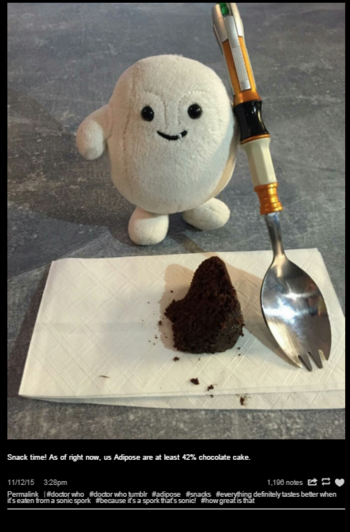 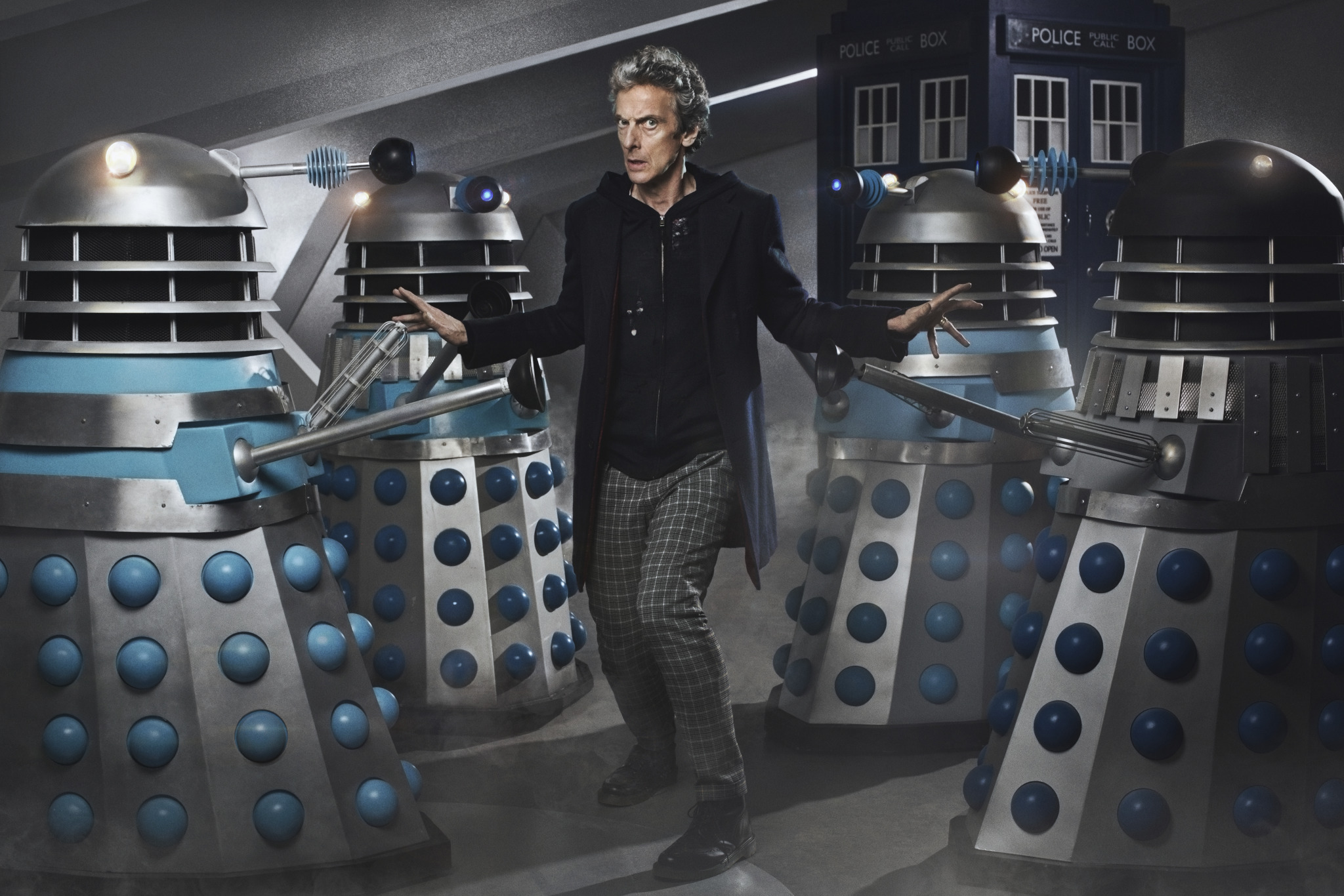