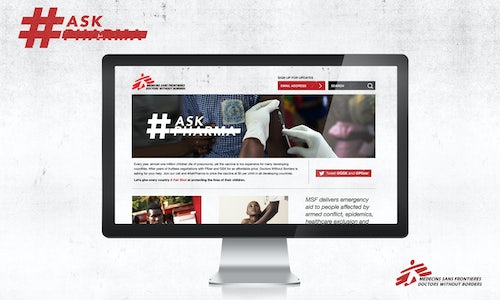 Every year, over a million children die of pneumonia and other respiratory

diseases around the world. That's one child lost every 35 seconds.

Pfizer and GSK have a pneumonia vaccine. However, they price the vaccine so

negotiate because the pharmaceutical companies are completely opaque about

needed a way to pressure Pfizer and GSK to reveal their pricing policy,

In the age of the 24/7 news cycle, we had to drive awareness and participation around a complex issue with little time and almost zero budget.

Our solution: focus primarily on one channel (Twitter), create a hashtag that functions as a call-to-action (#AskPharma) and employ a creative device designed to spotlight Big Pharma's lack of transparency (an ASCII symbol that allowed us to hide information in our posts, resulting in the internet's first-ever "Redacted Tweets.")

Through pointed questions around pricing addressed to @Pfizer and @GSK — with key words blacked out — we delivered a simple, effective way to pressure Big Pharma.

In just a few short weeks, our Redacted Tweets/#AskPharma initiative: 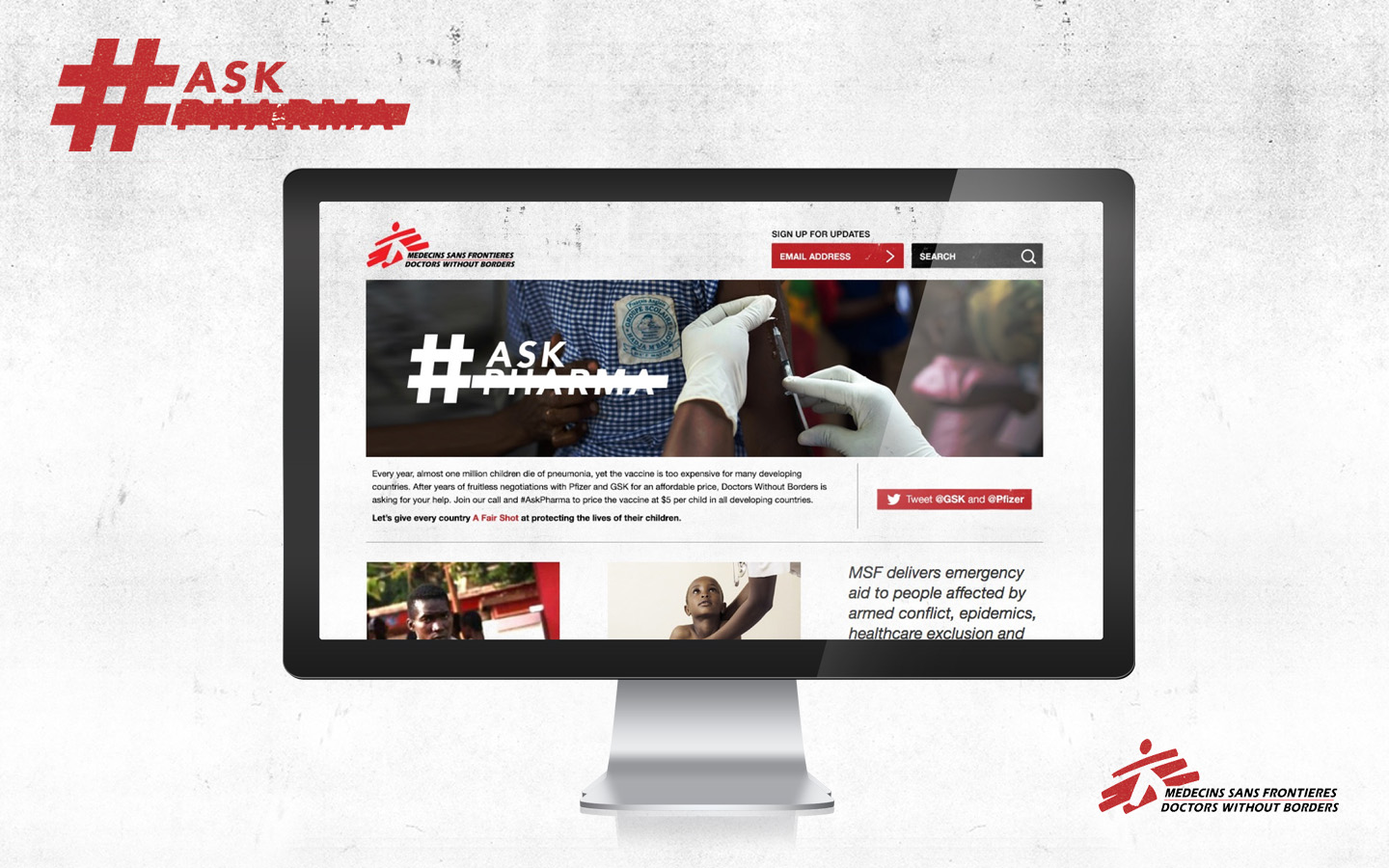 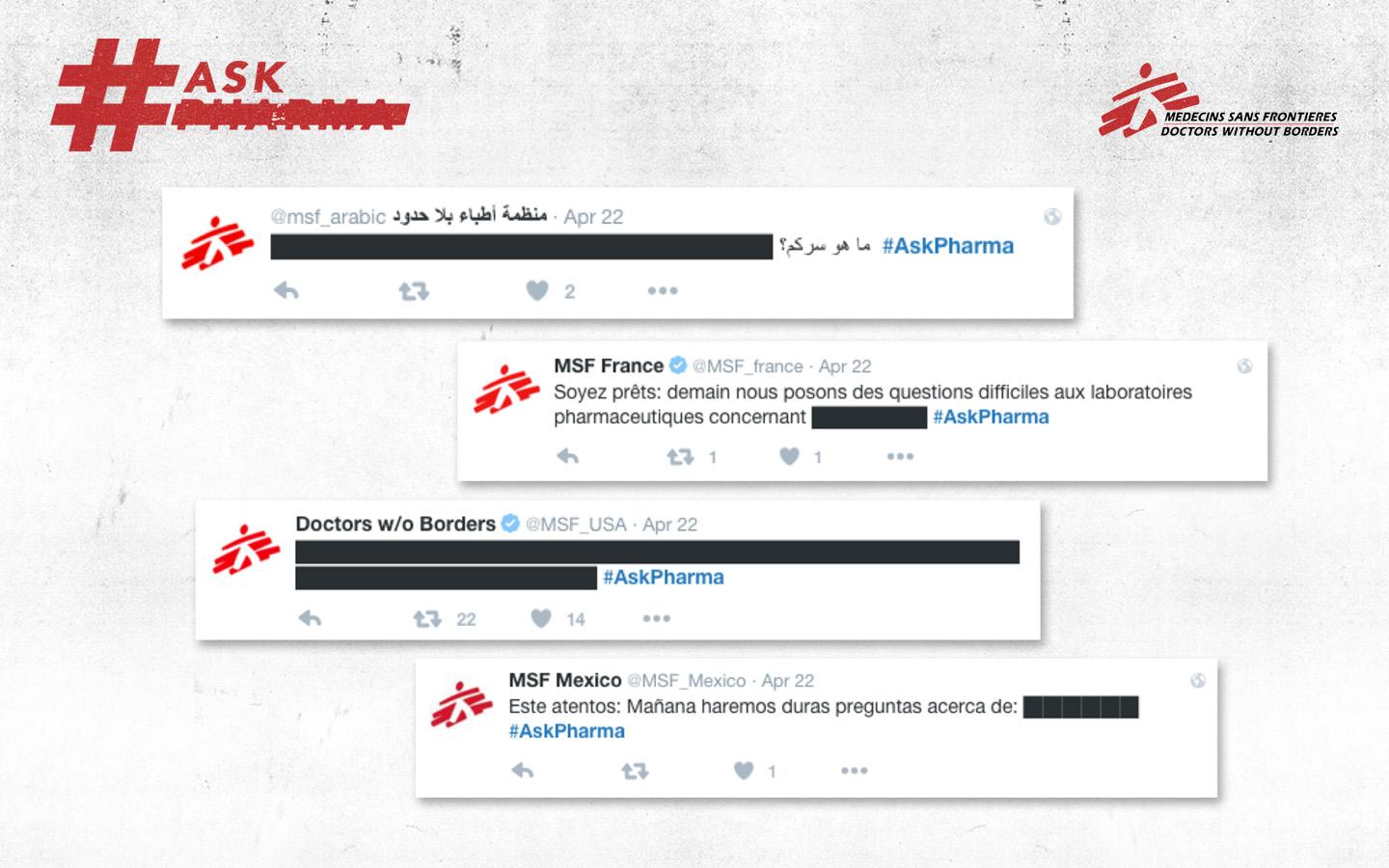 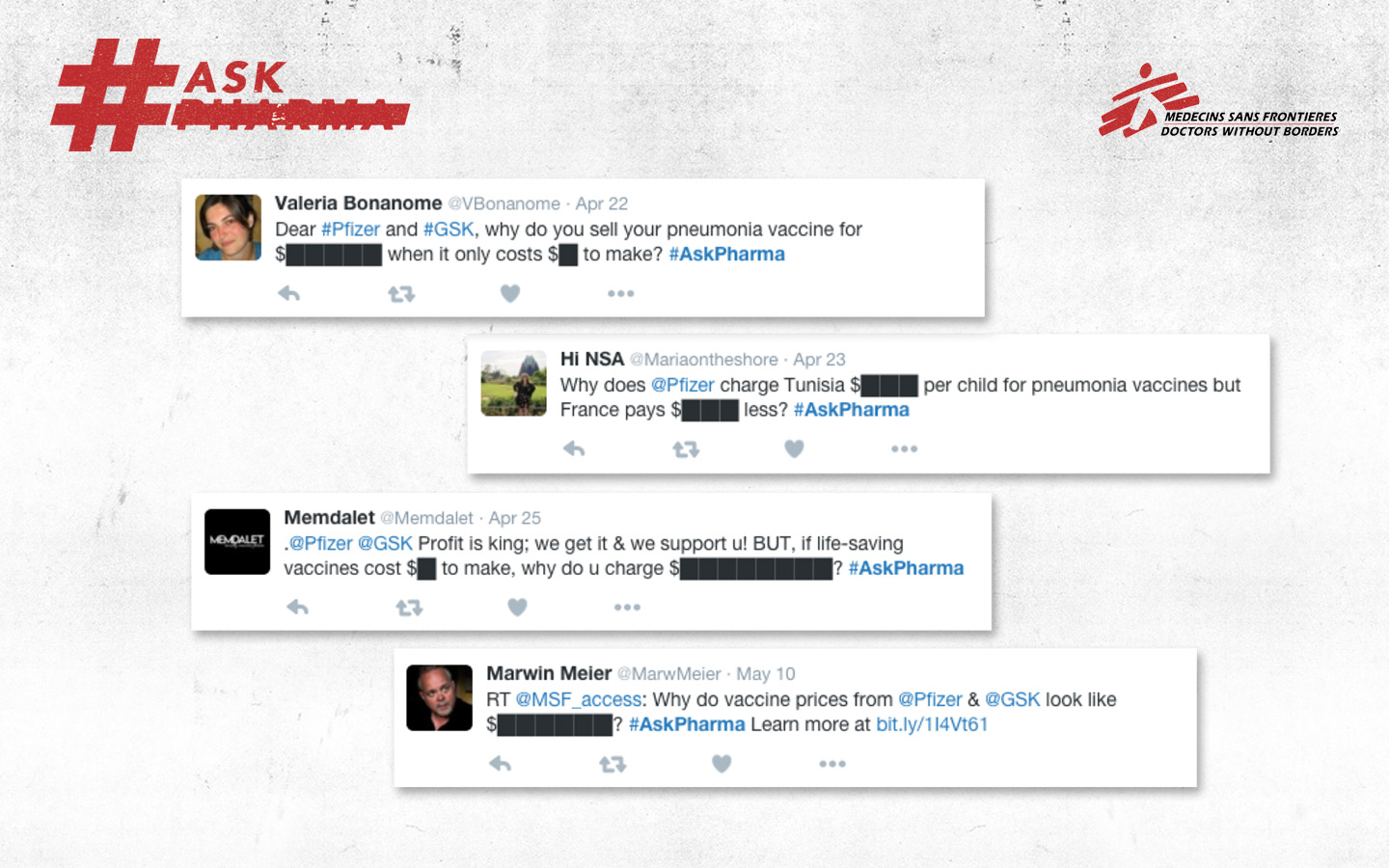