In 2003, Starbucks' Pumpkin Spice Latte (affectionately known as PSL) emerged on the scene and quickly established itself as the cultural sign that fall had arrived.

Cut to 2014 and Pumpkin spice is everywhere, from bagels to beer.

In this pumpkined-out world, Starbucks faced a challenge: to reinforce Pumpkin Spice Latte as the beverage that sparked the pumpkin spice craze.

How could Starbucks break through? It was time for the original Pumpkin Spice Latte to have a little personality... Correction... a BIG personality.

Meet The Real PSL—a character created to speak directly with the beverage's ravenous following. Creating new Twitter and Tumblr accounts to host original and reblogged content, we gave the Real PSL a celebrity's voice and let him bring his fans into the fold.

And talk he did. Over the course of four months, The Real PSL sent out nearly 10,000 tweets, 99% of which were personalized @replies, crafted by Starbucks' community team.

His pop culture-inspired quips got people tweeting—and following (85k at last count), and interacting—and, our favorite stat? 23 people asked @TheRealPSL to marry them.

Because it's a great example of "less is more."

Because it engaged customers in a truly authentic way. 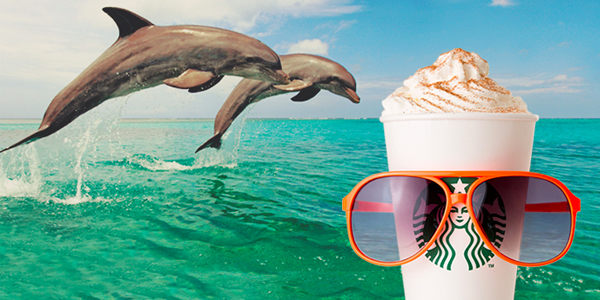