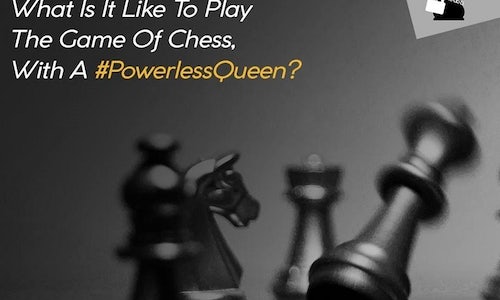 Finalist in On a Shoestring, NGO, Hashtag

Chess was invented in India in the 6th Century with Queen being the most powerful piece on the board. However today in the 21st century, the real queens i.e. a vast majority of Indian women are not even powerful enough to get access to basic rights of education which makes them being powerless. Infact 20 million girls are denied education in India each year due to the deep rooted misogyny in Indian society.

The core objective was to create an awareness campaign on International Women's Day about the state of women in our country today and raise donations for Nanhi Kali which focuses on educating underprivileged girls.

Chess originated in India in the 6th Century. In the game of chess, the queen is the most powerful piece. But today in Indian society the queens are the least powerful. They are not allowed their basic right to education which leads to them being powerless.

With this insight, we created a new kind of chess. We created an online game wherein one could play chess but with a Powerless Queen wherein she couldn't move a single step and was restrained to her block. The campaign launched with a video featuring India's #2 ranked chess player 'Tania Sachdev' who challenged people to play the game on the website and try to win it with a Powerless Queen.

People who lost could take two actions - they could share their experience on Twitter & Facebook as well as donate to the cause of Nanhi Kali for the education of the girl child. To take the concept of Powerless Queen into the physical world, The Chess School of India and The Coach Crew came together to organize chess tournaments which was participated in by school students from across schools. Along with this a mobile-friendly website and a mobile app was also launched.

The campaign was supported and appreciated by many people on various social media platforms and many renowned people from the Chess Fraternity.

Donations of 40,000 hours of education for underprivileged girls

International Chess Grandmasters organically got involved and endorsed the campaign and they were: 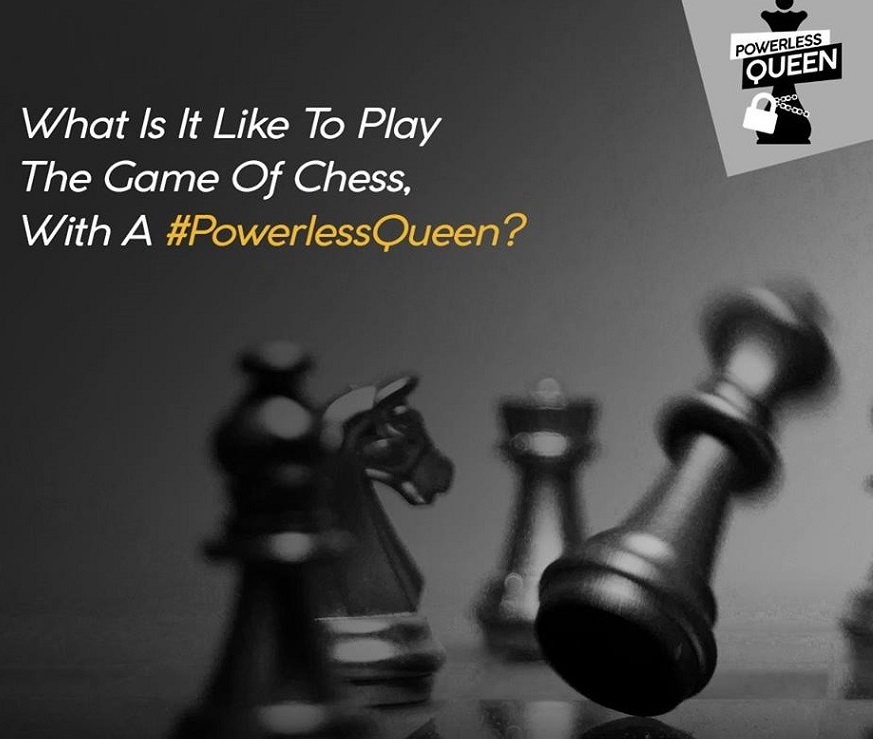 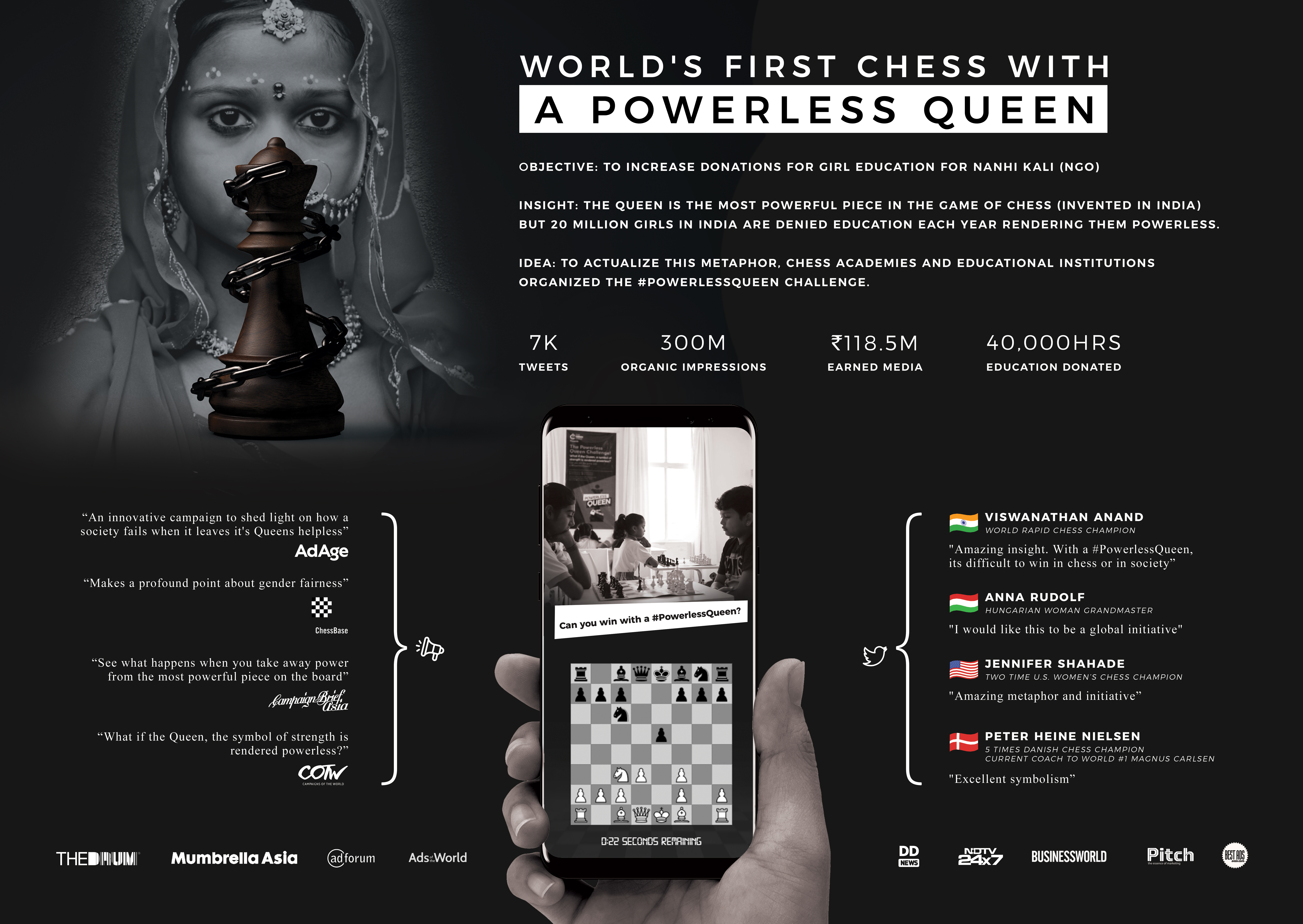