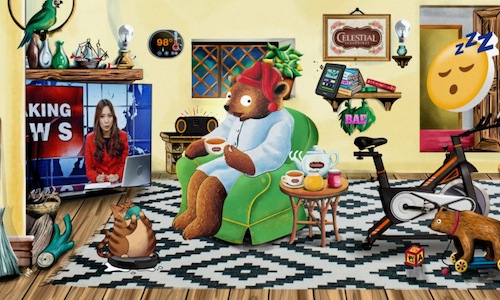 The Celestial Seasonings brand, while iconic and trusted in the tea category, didn’t resonate as much with younger audiences. To capture their attention and engage a new generation of tea drinkers, we needed to take on the role of a challenger brand and punch above our weight. We needed a social-first way of refreshing an older brand, putting it in front of new audiences where they are most receptive to messaging.

Our opportunity came when we saw that the Sleepytime Bear had taken on a life of his own on social during Covid, with fans posting their own memes and content. To capitalize on this organic momentum, we launched a social-first campaign centered on the Bear for Sleepytime's 50th anniversary – aiming to foster engagement, build brand love, and heighten awareness of the range of benefits of our teas.

If there’s one thing we know about bears, it’s that they love to hibernate. We wanted to wake up this classic—if sleepy—icon and introduce him to the modern world as a curious, quick-witted, fun brand character who’s ready to be informed about the Internet’s latest trends. We developed a launch video and additional short form content, seeded out with paid media across Facebook, Instagram, YouTube, and TikTok. Each of these assets featured the Bear reacting to an Internet trend in his unique way—from learning to ride an exercise bike to trying to understand the point of reality TV.

To capitalize on the inherent shareability of the Bear and his funny forays into Internet culture, we also briefed creators on Instagram and TikTok to create content updating the Bear on “the tea” that he’s missed in the past 50 years, while drinking their own favorite Celestial Seasonings tea. These efforts resulted in both static and video assets that captured the campaign’s fun, zeitgeist spirit.

All our assets drove to the Sleepytime Bear landing page, a singular destination for all campaign content. To capture the essence of the campaign, in addition to viewing our content, users could scroll through a virtual time machine of the past five decades with Sleepytime Bear: lava lamps from the 70s, scrunchies from the 90s, fidget spinners from the 2010s, and of course incorporating a range of Celestial Seasonings teas along the way.

The launch of the campaign delivered +56.4 Million total impressions, garnered trade coverage, fueled online conversations, and put the Bear at the forefront of culture. Everyone from popular Instagram and TikTok accounts to well-known brands like Peloton jumped into the conversation and responded to Sleepytime Bear content. 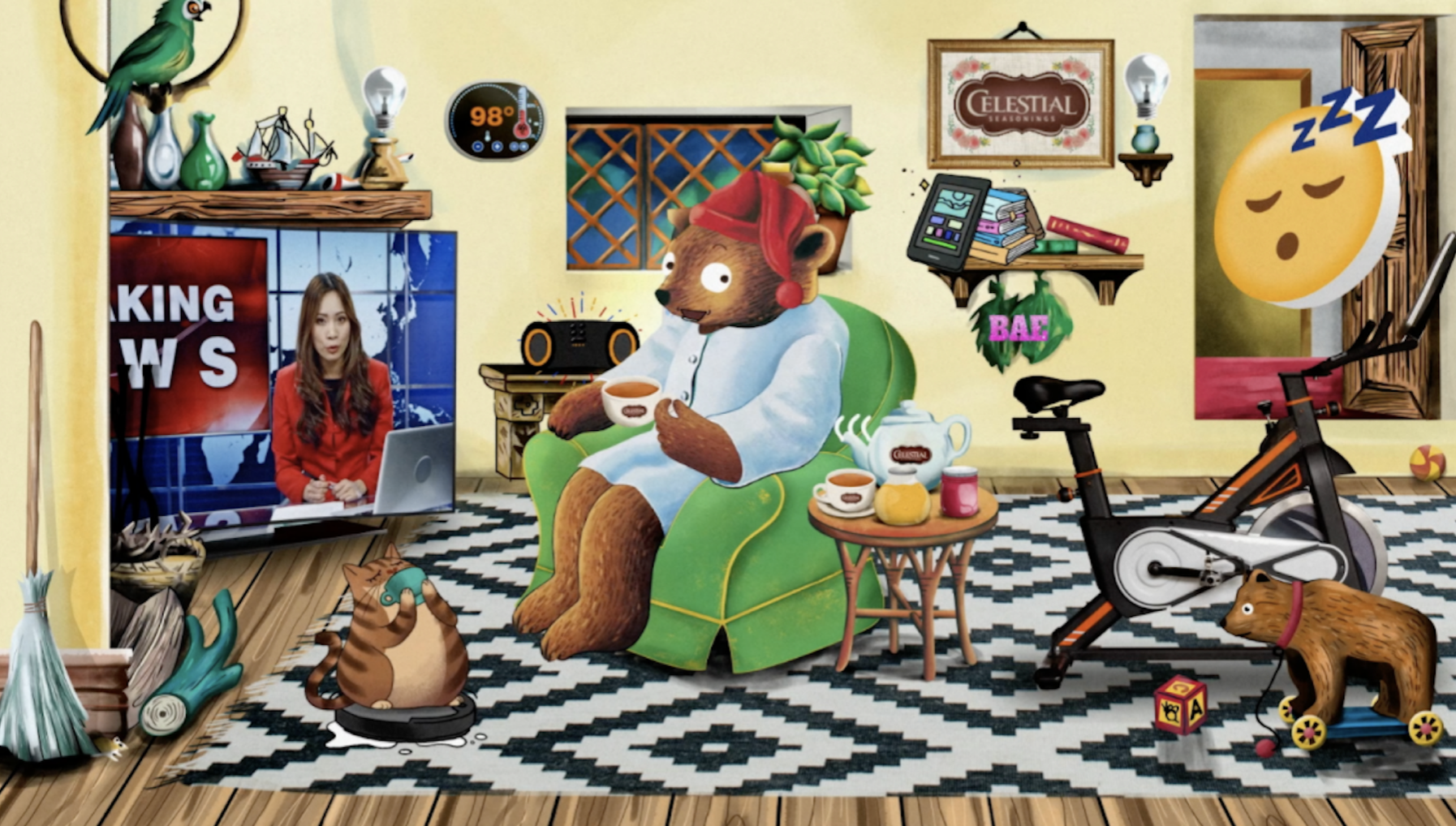