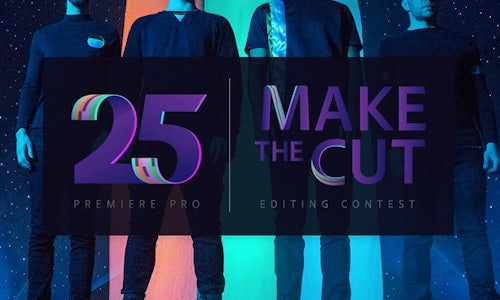 We wanted to get the next generation of video creators and film editors to try out Adobe Premiere Pro, so they could experience first hand just how powerful it is. Especially compared to the growing number of inferior tools and free apps flooding the market.

But in order to do this, we had to give these aspiring creatives an irresistible reason to try Premiere Pro out in the first place.

We decided to create a unique, user-generated contest that would entice seasoned video professionals and young creators alike to try out and really dig into Premiere Pro.

But we knew we couldn't just ask them to make a video. We needed to give them something amazing to make that video with. Something they would never have access to on their own.

So we partnered with one of the world's biggest bands (Imagine Dragons) and gave away their new song, Believer, and all the raw footage from their music video shoot.

We then challenged our audience to take it all and make it their own. It was, in essence, the very first open source music video by a major artist and an unprecedented gift to our creative community. We also offered $25,000 to the creator of the best video to be voted on by the band and the director, Matt Eastin.

Using an integrated approach across multiple marketing channels, we were able to drive unprecedented reach and engagement while delivering upon Adobe's promise to provide its customers with exceptional digital experiences.

We negotiated access to the Imagine Dragons' 15M+ social audience as well as a personalized message from the band to make sure we were tapping into their highly engaged fan base that overlapped with Adobe's target audience. The sheer reach afforded by the Dragons' partnership went a long way to getting young music lovers' and YouTube creators' attention.

From there, we used targeted paid social on Facebook, Twitter, Instagram, and Reddit to retarget people who had shown interest and direct them to the microsite. Through our media efforts, we set out to gather a diverse portfolio of ad partners to encourage awareness, consideration, demand generation and trials of Adobe Premiere Pro.

The contest was also localized for priority regions and translated into 11 different languages.

Over the course of the 25 day contest, response was overwhelming:

- We reached 1.5B fans globally through social engagement and earned media

- 80K downloads of the video footage

We also delivered on engagement with young creators, with 64% of video submissions coming from 18-25 year old editors. 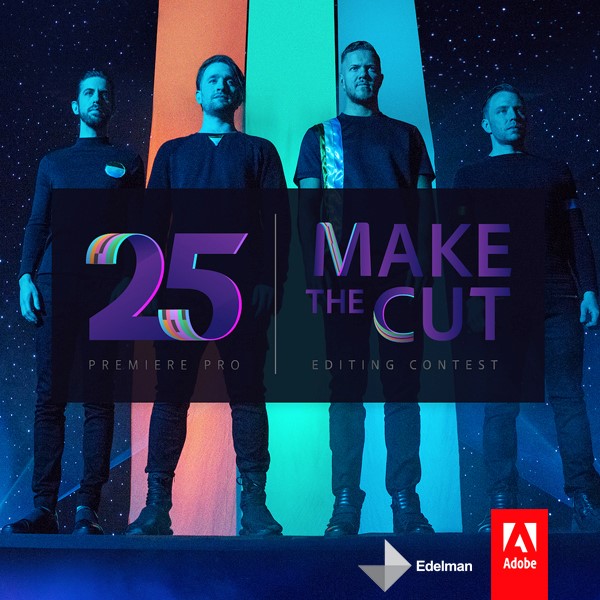