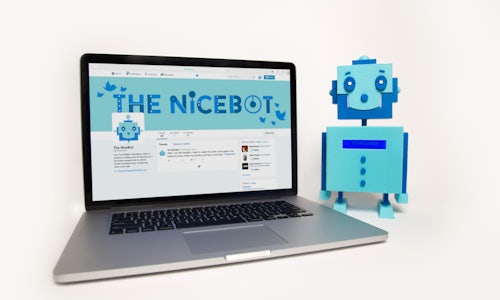 Cyberbullying is more prevalent today than ever before. In fact, something mean, cruel or hurtful is posted on Twitter every 60 seconds. So we built the NiceBot – a Twitter spambot that will eventually tweet one nice message to every single user on Twitter. All 300 million of them. In this way, we hope to make the Internet a nicer place – one tweet at a time.

The NiceBot is the first-ever use of spam for good – taking something that is normally seen as a negative and turning it into a positive. As such, Champions Against Bullying became the first organization that Twitter has allowed to use unsolicited automation to reach people. In addition to living on Twitter, we 3D printed physical NiceBots and sent them to celebrity influencers who have taken a stand against bullying. Each NiceBot is powered by a Raspberry Pi and 4G enabled, and displays all of the nice tweets as they go out in real time.

The results were overwhelming. We've organically reached over 7.5 million people in 76 different countries, with 436,000 engagements, over 250,000 mentions, and still going strong. The NiceBot was featured in all of the major advertising publications, but also broke into the mainstream by being profiled on TechCrunch, Upworthy, the Huffington Post, the Today Show, and many others. It was even named one of the best 'bots of 2015 by Slate.com. But most importantly? 99% of the people we've tweeted at have responded positively. 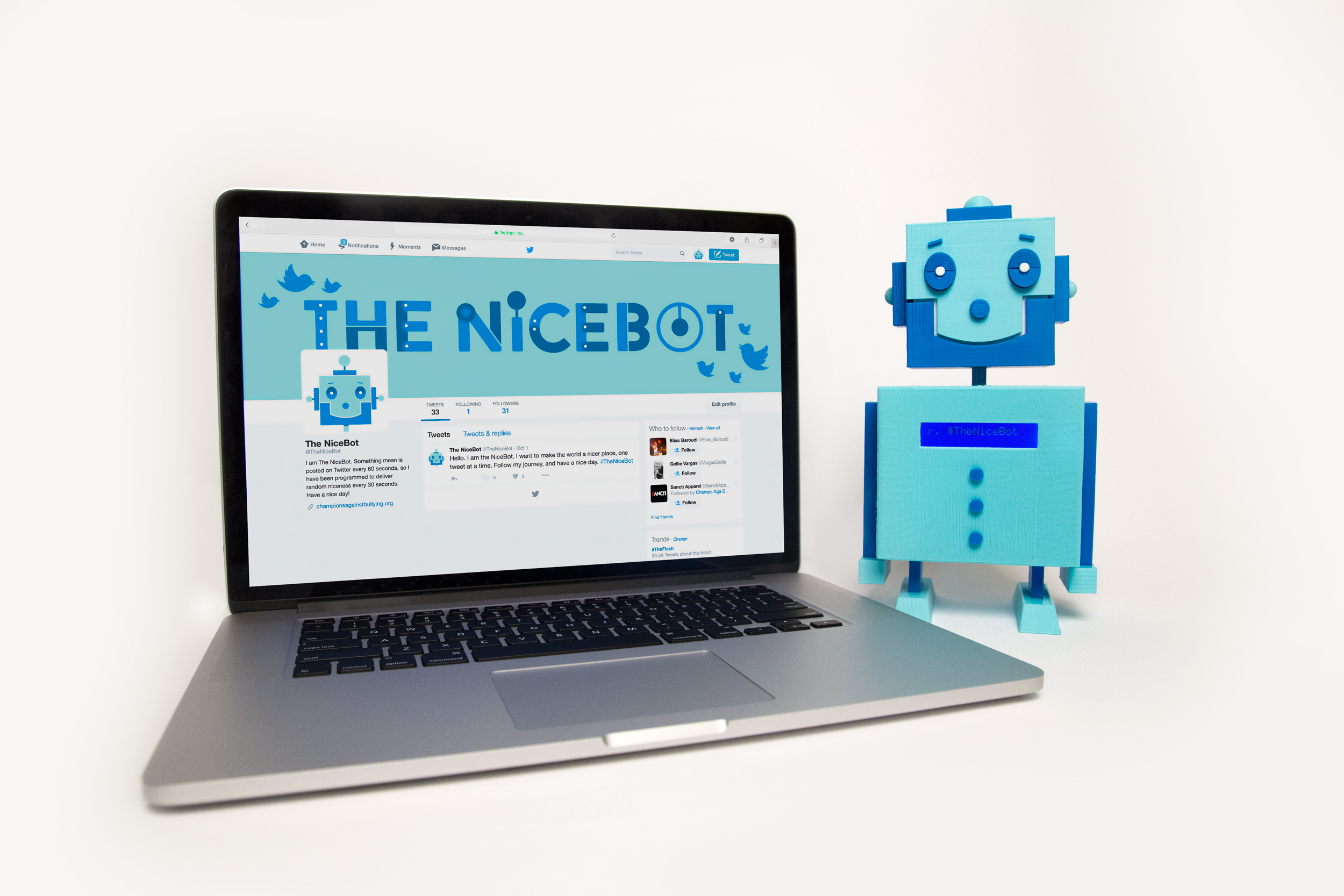 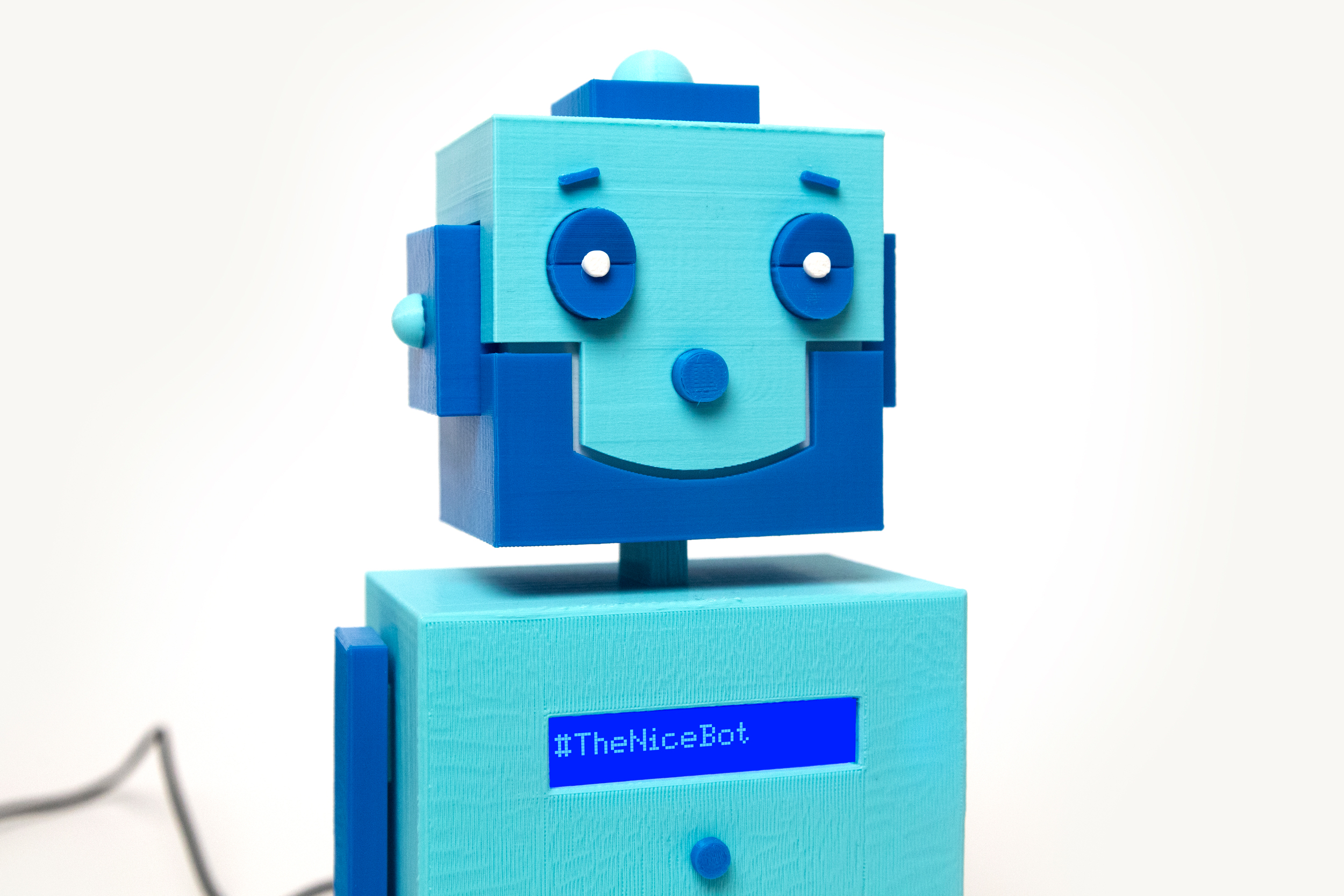 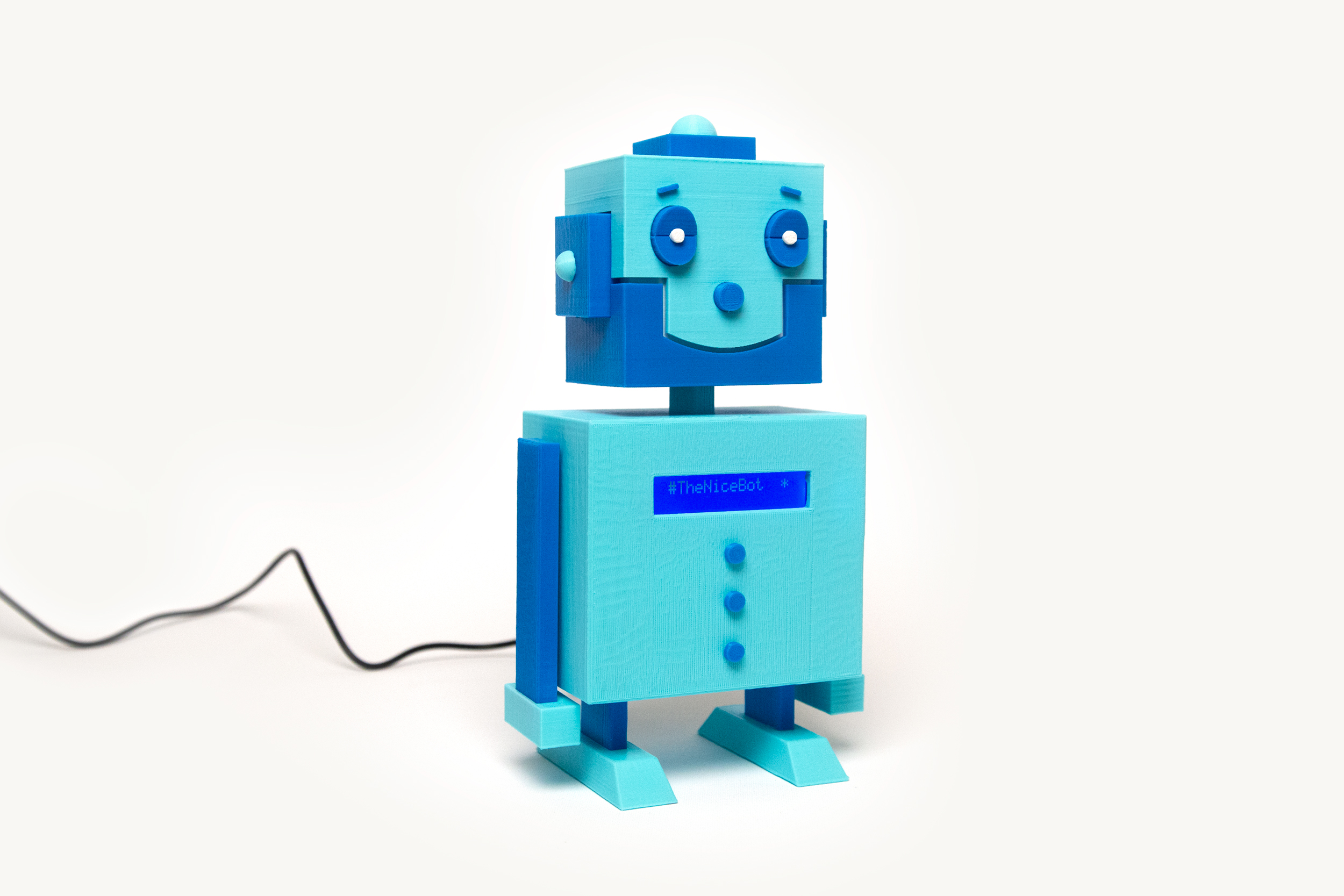 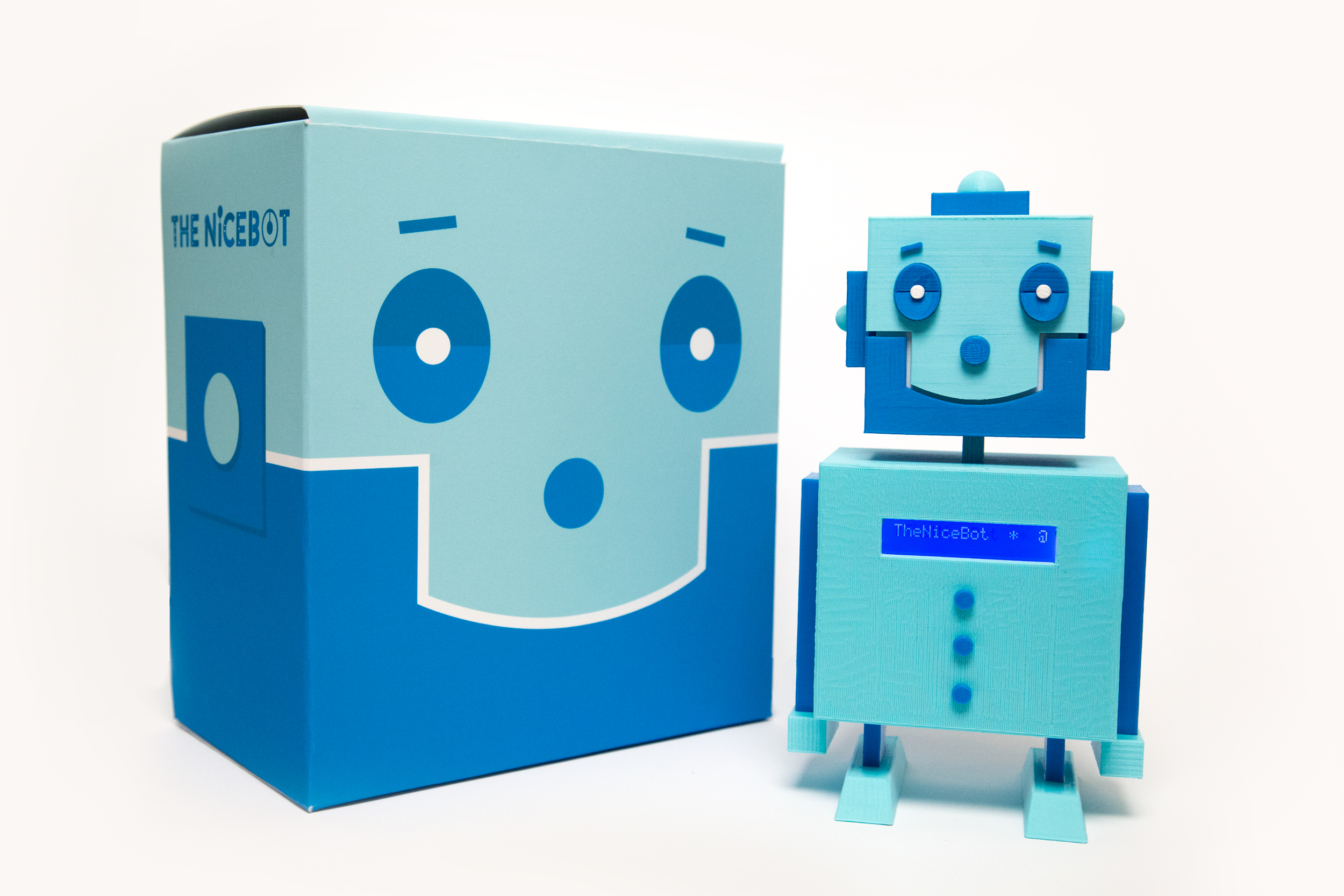 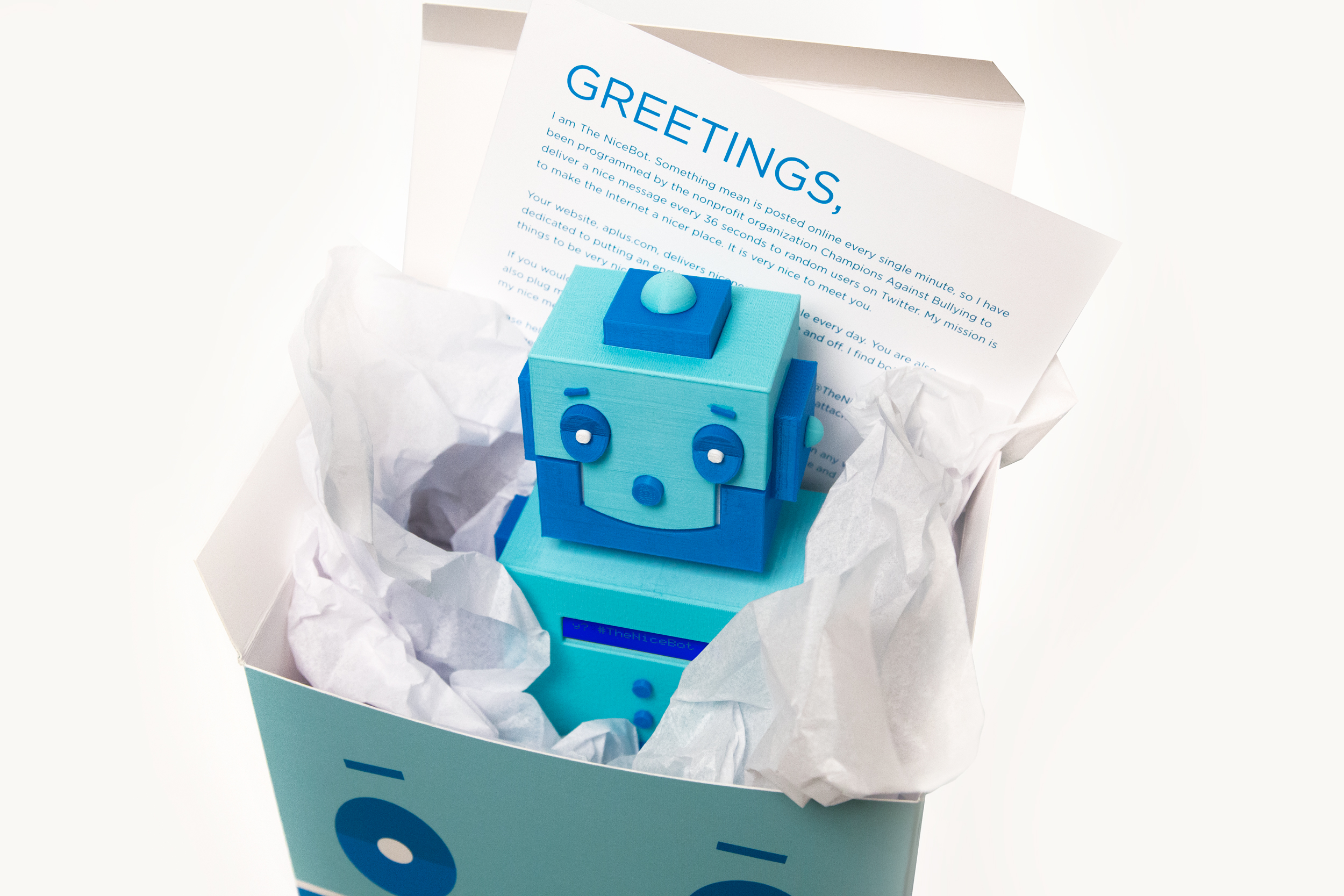