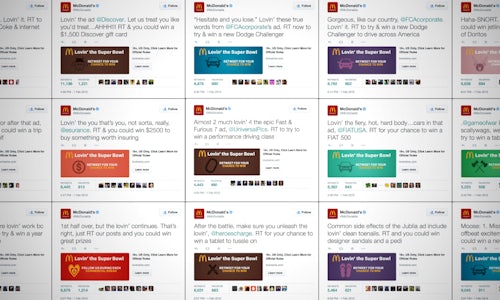 McDonald's believes a little lovin' can change a lot. Our goal for Lovin' the Super Bowl was simple: we wanted to prove the lovin' that comes from the brand through mass awareness, changing the sentiment around McDonald's, and making Twitter a more positive place for the day. This idea was based off of the simple insight from McDonald's founder Ray Kroc that, the more you give of yourself, the more you will receive. And so we decided to tap into this huge cultural event and the existing behavior around it.

Additionally, because McDonald's had a multi-million dollar investment in a Super Bowl spot and subsequent in-store activation, we needed to deliver an insurance policy that would add to the talk value of that endeavor. Dominating the social conversation would guarantee brand share-of-voice in an overly crowded space and carry us forward into the larger brick-and-mortar promotion.

We aimed to reach second screen Super Bowl viewers, which included both advocates and skeptics of McDonald's. We set out to create a value exchange to demonstrate through action how a little more lovin' could change a lot, showing lovin' toward our consumers, other brands and competitors alike.

We knew, however, that every brand, regardless of their Super Bowl advertiser status, would be out in full force. It would be a battle of creativity and cleverness – a real-time attempt to outdo the messaging and media muscle that brands were bringing to the table. We decided that instead of chasing the Oreo, hoping for the perfect in-game event, we would create that event. We would bring the blackout.

So, on the one day that the general public actually cares about commercials, we showed lovin' to the other advertisers. ALL of them. As brands aired spots, we sent positive tweets about each commercial while also giving away EVERY SINGLE PRODUCT the brands were advertising. Entering to win prizes was as easy as retweeting our lovin' posts: simple, native and free of mechanical complexity. The results speak for themselves.

Most retweeted brand ever on a single day

96% increase in positive sentiment for the brand

83% of competitor conversation during the Super Bowl

23% of all brand conversation during the Super Bowl

Video for Lovin' The Super Bowl 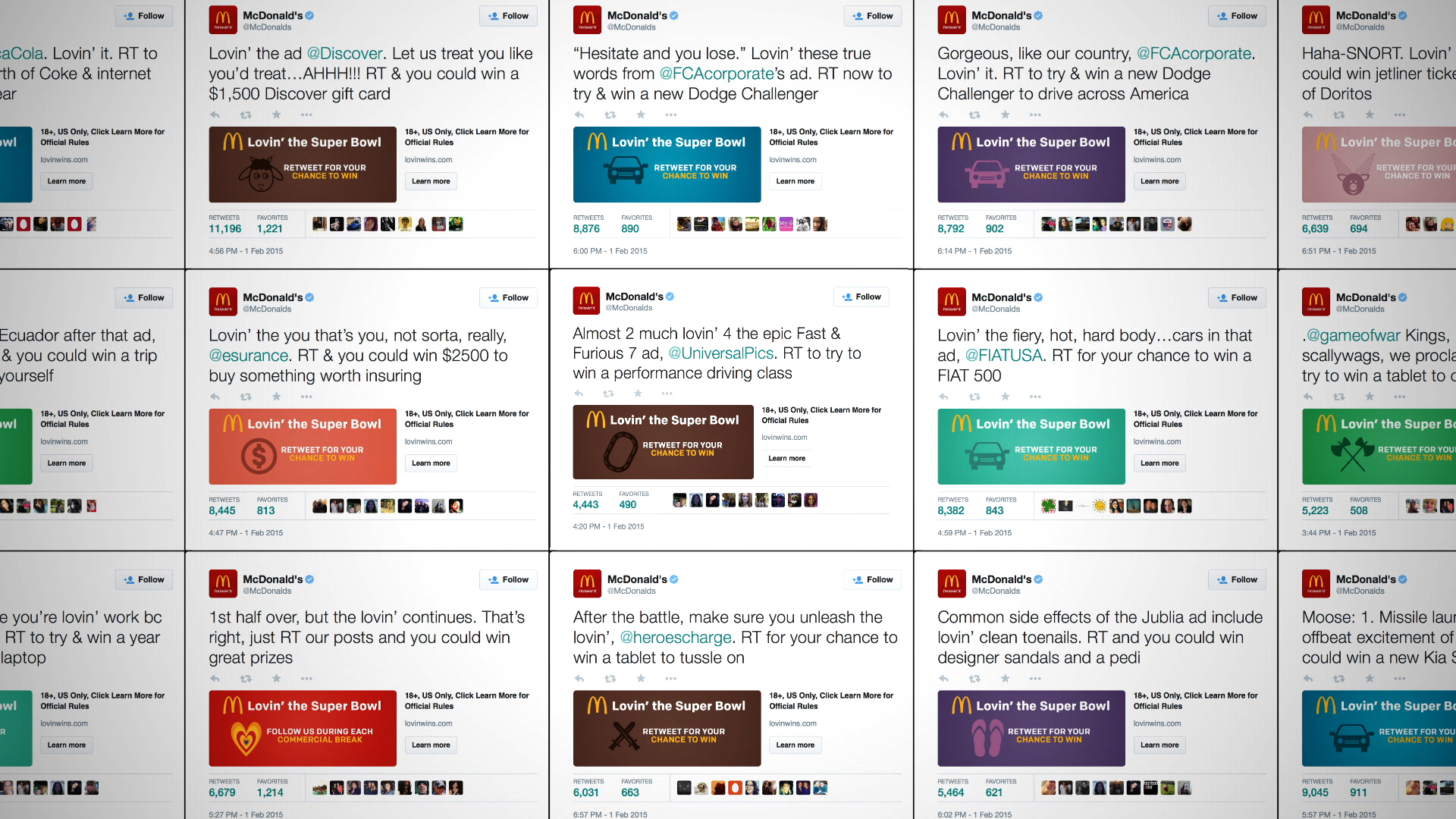