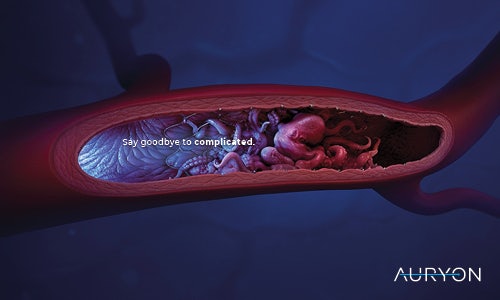 Peripheral atherectomies are complicated procedures, and doctors never really know what they’re going to encounter when they go into a vessel. To prepare for any eventuality, they’re forced to keep a suite of devices on hand, ramping up cost, complexity, and stress levels.

AngioDynamics, a global medical device company specializing in vascular and oncology medicine, had developed a game-changing device: Auryon, a single tool with the features to handle whatever complexities arrive in-vessel.

In a space saturated with devices all fit for different purposes, one thing united the competition: They all look, feel, and advertise themselves like power tools. We needed a way to a) make it clear that we rendered them all obsolete, and b) stand out in the market so that we had the attention of doctors.

We needed something simple—a singular, powerful campaign that stood apart from a sea of sameness in the market and delivered our unique selling point: We’re the single tool you need, no matter what you encounter.

Rather than a techy name, power tool tropes, and glamour shots of the device, we developed a brand and campaign that focused on that singular promise, supported by striking, unignorable visuals. We partnered with a globally renowned CGI company to deliver a series of hero visuals that led our tactics, immediately paying off the promise of Auryon when a doctor interacts with our materials.

We personified lesions as creatures that hide in the vessel, each focused on a different issue, ranging from toughness (calcification) to complexity (in-stent restenosis). In each case, we promised doctors that whatever “creature” they encountered, you could “say goodbye” to it with Auryon.

We built out a focused tactical plan designed to engage the specialists who would use Auryon in print, on social media, and through rep interactions. Despite the niche audience, there were over 13,000 unique visitors to the website, of which 41% were qualified (way above industry benchmarks. There were 2.2k engagements on-site, and sales doubled quarter over quarter immediately post launch. To date, over 2,000 procedures have been performed with Auryon, with each month’s total larger than the previous one. All in all, there’s no doubt Auryon has rapidly disrupted a crowded atherectomy market. 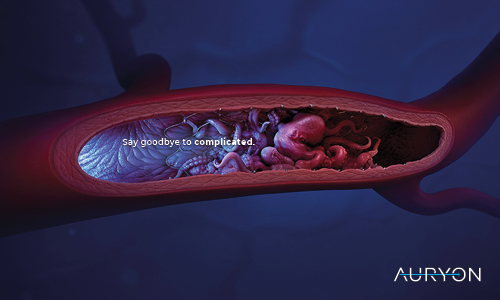 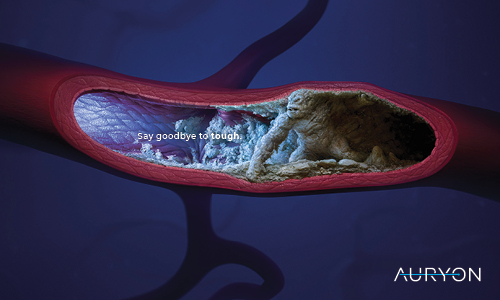 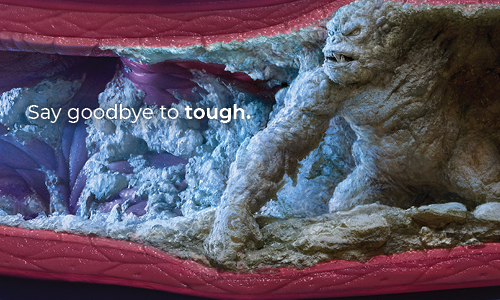 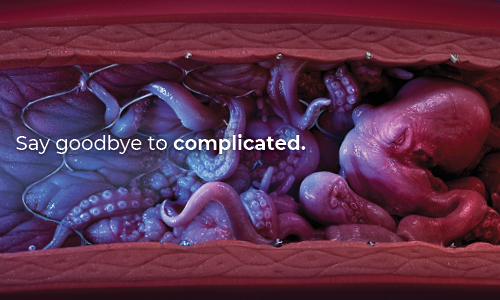 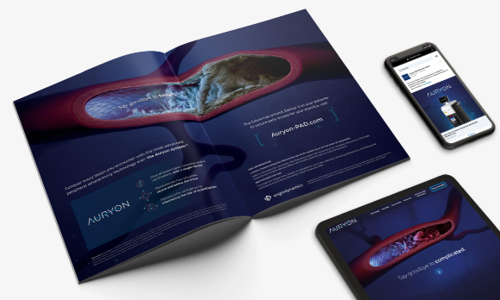 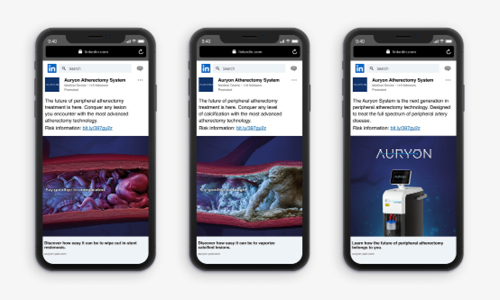 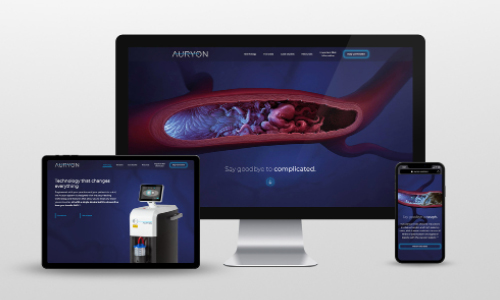 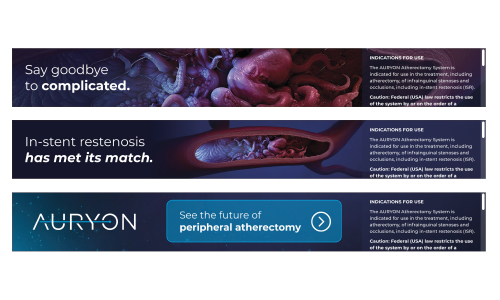 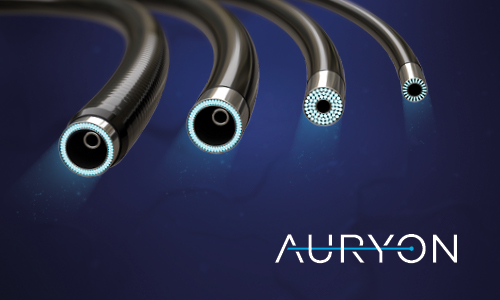 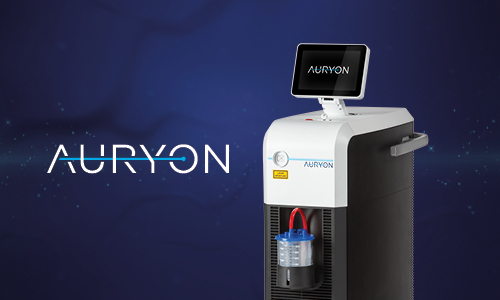