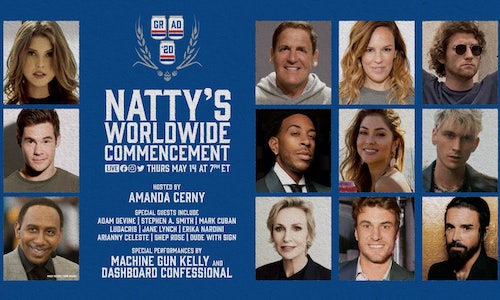 Given the state of the growing pandemic, universities had to cancel their on-campus graduation ceremonies, meaning graduating seniors wouldn’t get to celebrate their hard work during college. As a brand that strives to help its fans look back on college fondly, Natural Light’s first objective was to find a solution to this situation. The idea for fully virtual commencement was born, reiterating to the Natty consumer that their favorite beer brand would always have their back.

The second objective was to create a one-of-a-kind graduation ceremony that viewers would actually be excited for. With a stacked roster consisting of the likes of Adam Devine, Mark Cuban, Stephen A. Smith, Jane Lynch, Amanda Cerny, Machine Gun Kelly and more, Natty created a star-studded commencement. While typical commencements are known for lackluster addresses, Natty’s Worldwide Commencement broke the mold. The speeches and performances commemorated the resiliency of the Class of 2020, while offering them poignant advice as they prepared to enter the “real world” during an uncertain time.

The third objective was to ensure Natty’s Worldwide Commencement was tuned into by as many graduating college students as possible. In order to reach students quarantined in their homes and encourage maximum participation, Natural Light planned their commencement as a live event across social media platforms, including Facebook, Instagram Live and Twitter. Additionally, leveraging the social channels of the variety of actors, actresses, musicians, social media influencers, and media personalities, they were able to drive event tune-in and pre and post event engagement.

Natural Light found that, even before the pandemic, college seniors were often left underwhelmed by their commencements,sitting through hours-long lists of calling out student names. The main draw of those ceremonies – you guessed it, uninspiring speeches by people college students have never heard of. With this in mind, Natty created an unforgettable commencement to rival all others. Natural Light built a commencement lineup of inspiring celebrity partners that resonated with Natty’s core demo, created a fun and unique digital event, and drove social buzz and earned coverage with a diverse set of media outlets.

Natty knew that the advice of its commencement speakers would be invaluable to new graduates, so they wanted to make sure that as many people as possible would tune in to hear their sage advice. Through its roster of speakers from a variety of industries - sports, entertainment, music, entrepreneurship, business, media, social media and beyond - Natty’s Worldwide Commencement was appealing to a wide range of consumers and media verticals. The goal was to build an authentic roster of celebrity partners that Natty fans were already passionate about and wanted to hear from. The special guests included Adam DeVine, Stephen A. Smith, Mark Cuban, Ludacris, Jane Lynch, Erika Nardini, Arianny Celeste, Shep Rose, Amanda Cerny, and Dude With Sign. Fans could also crack a beer during the live event, and there were even musical performances by Machine Gun Kelly and Dashboard Confessional, both completely new aspects of a college graduation.

With large swaths of college campuses closing, many students were forced to take classes online. Based on social listening and auditing conversations around remote schooling, Natty found that students were struggling with this transition. Though this new learning environment was challenging, Natty found that this trend towards virtual communication provided the perfect platform to communicate authentically with their fans. In order to reach students quarantined in their homes and encourage maximum participation in the graduation ceremony, Natural Light chose to make their commencement virtual. In doing so, Natural Light would not only be promoting social distancing efforts, but would also be activating on platforms which this demographic was organically using. Additionally, we leveraged the social channels of the variety of actors, actresses, musicians, social media influencers, and media personalities to drive event tune-in and pre and post event engagement.

The goal was to provide as many graduates as possible with an inspiring, exciting ceremony to commemorate their college years. With over 654K total views, 328 stories, and 750M monthly impressions, Natural Light was able to exceed all expectations for impressions and accomplish its larger objective, inspire college graduates and have a meaningful impact on the lives of Natty fans. It is also significant to note that Natural Light was the first brand or organization to announce a virtual graduation ceremony. As a result, the many subsequent activations that followed Natty’s lead carried the brand’s message even further.

The success of this program is not only measured by impressions, but also by its ability to help Natural Light infiltrate new titles, like the New York Times, Complex, Entertainment Tonight, and more. Natty was able to reach beyond its usual circle to introduce entirely new audiences to the Natty brand and encourage an even larger group of individuals to tune in to the Natty Worldwide Commencement.

Natty’s Worldwide Commencement is representative of a larger effort by the Natural Light brand to provide meaningful support to its consumers as they transition from college to adult life. Developed around the key insight that the Class of 2020 was largely missing out on one of life’s most important milestones, the Natty Worldwide Commencement was also effective in fulfilling Natty’s continual goal of helping its fans both face adulting challenges and look fondly back on their college experiences. 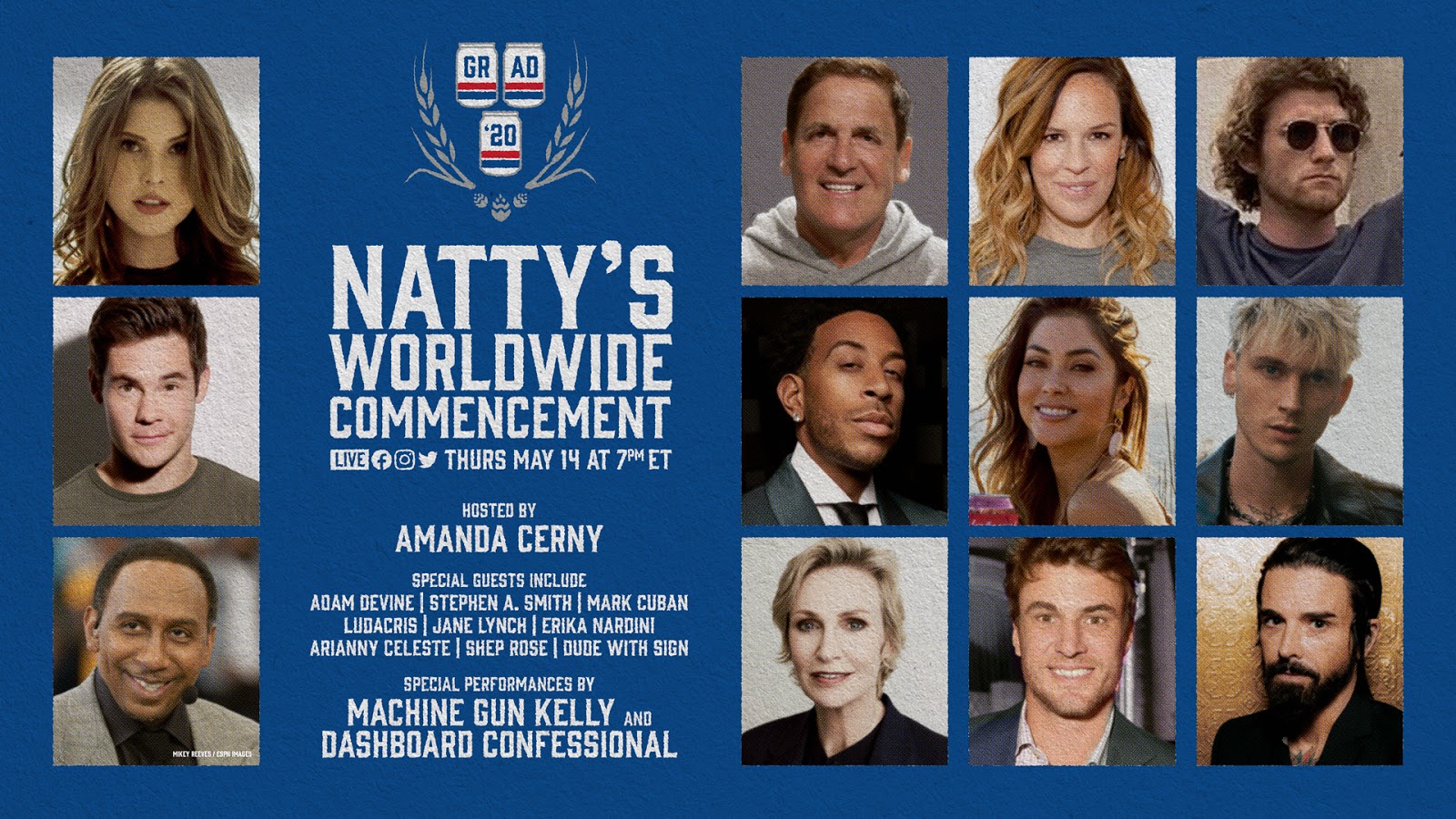