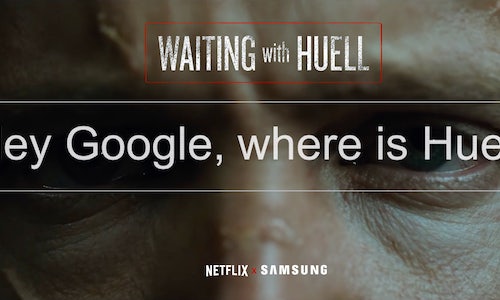 Following a five-year hiatus from AMC's popular Breaking Bad series and in an effort to excite fans for the premiere of El Camino: A Breaking Bad Movie on Netflix, Chemistry created “Waiting with Huell.”

Chemistry worked with Samsung and Netflix to create a 62-hour live-streamed countdown on Samsung QLED TVs around the globe. The countdown featured fan favorite, Huell Babineux, who played Saul Goodman’s personal bodyguard. Apart from the actual countdown, fans were treated to various familiar scenes with Huell who was anxiously waiting for El Camino’s release. The channel could be accessed by opening the Samsung TV Plus app, available on Samsung Smart TVs, and tuning in to channel 1000.

Samsung kicked off this campaign with a tweet and Netflix teased out Easter egg content ahead of the film’s world premiere, resulting in over 3.5 million views of the “Waiting with Huell” live stream, helping El Camino: A Breaking Bad Movie reach over 25 million views in the first week.

Video for Waiting with Huell