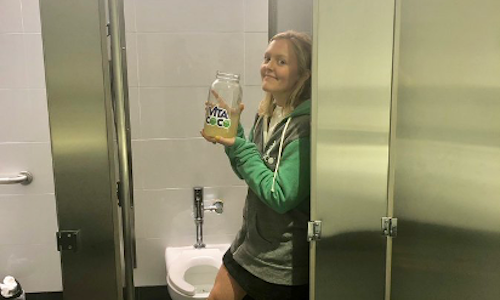 Vita Coco knew they had to be bold and disruptive to break through when launching their new Pressed flavor. Without massive media budgets, the creative idea needed to do the heavy lifting. So, they set out on a mission to show that Vita Coco Pressed was “Impossible to Hate.”

The goal was simple: to show that even the most negative people on the internet, the haters of national parks and puppies, can’t hate the taste of Vita Coco Pressed.

On the day of the launch, the brand took to Twitter, the belly of the beast, to engage with people who had previously said something negative about coconut water and try to change their mind with Pressed.

What started out as friendly, light-hearted online banter quickly turned into an unintentional viral moment, dubbed “Pee-Gate”, when the brand struck up a conversation with self-proclaimed “Twitter Troll” Tony Posnanski.

One heated Twitter exchange, where Vita Coco stuck to its voice and gut and responded in real-time, allowed for the brand to break through the noise and stand their ground in support of its mission, values, and new creative campaign.

While many love it, the acquired taste of coconut water is the #1 barrier to entry for consumers. Over the years, people (especially on the internet) have been unafraid to vocalize what they think coconut water tastes like, from “dirty socks” to “water from someone else’s mouth” to other creative expressions that are NSFW. So, when Vita Coco created a flavor that tastes like an Almond Joy, they couldn’t wait to show the internet what they had been waiting for.

To put this bold claim “Impossible to Hate” to the test, creative agency Interesting Development developed an algorithm to identify some of the most difficult people to impress – the most negative reviewers on the Internet. In total, Vita Coco and Interesting Development were able to identify close to a million people who had posted more than 40 million reviews of websites, businesses, products, services – you name it. There were people who begrudged one star to things like a teddy bear and likened the Grand Canyon to “a big dumb hole.”

Vita Coco went ahead and dared them to try its new coconut water on camera. The results – which most would call ‘tepid,’ but certainly not hateful – aired on streaming TV, digital media, social and OOH.

The brand also put the creative strategy to test, by using it to engage self-proclaimed coconut haters on Twitter to give the brand a second chance with its newest flavor. One Twitter user refused to play along with the brand, ultimately telling the brand "I would rather drink your social media person's piss than coconut water."

To this, Vita Coco posted a photo of its Community Coordinator holding a branded jar of yellow liquid and simply asked for Posnanski's mailing address – proving it was willing to do just about anything in defense of the deliciousness of its new product.

The unexpected and totally organic Twitter exchange with Tony drove the Vita Coco social team to trust their gut and respond in real-time. The internet, including notorious Twitter personality Chrissy Teigen, celebrated the epic clap-back, and Vita Coco even begrudgingly received a “you win” from the hater himself, Tony.

The interaction with Tony, to the brand's surprise and delight, launched Impossible to Hate with a bang beyond social media, when it further generated 1.3 Billion media impressions, thanks to over 30 write-ups in outlets like Mashable, Fox News, Time Magazine, Inc, and more.

Sales of Vita Coco Pressed Coconut even increased by 37% from May to June 2019, and the entire brand portfolio also grew. Pressed is now the brand’s #2 performing flavor in select channels.

Lastly, Vita Coco reminded consumers, marketers, media, and the food & beverage industry at large, albeit in a bold manner, that it remains independently owned and founder-led and able to make swift decisions and bold moves.

The Twitter exchange was recognized as one of the Best Marketing Stunts of 2019 by Inc. Magazine and Ad Week. 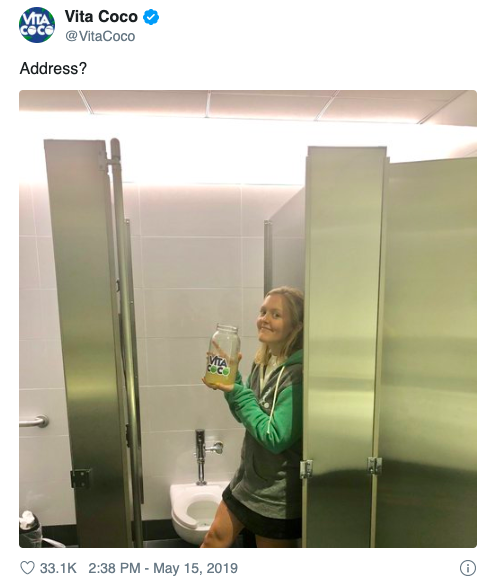 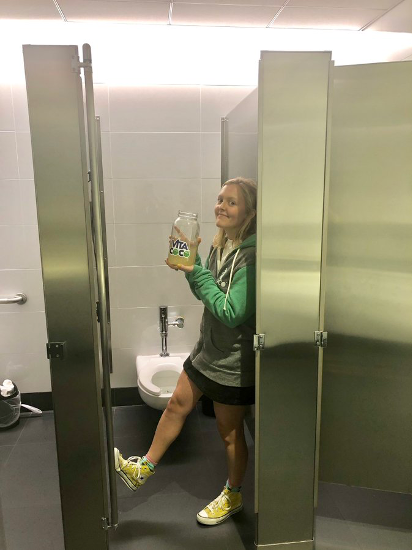