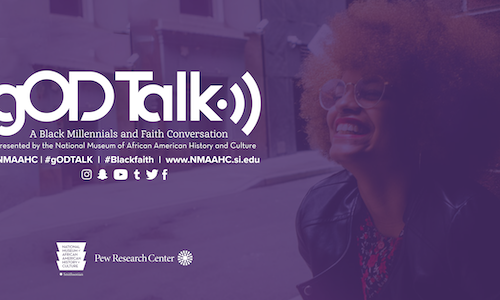 According to the 2015 Religious Landscape Survey by the Pew Research Center, American millennials—persons born between the years 1981 and 1996—are less religious than older Americans.[1] While millennials are less likely to ascribe to traditional forms of religious observance, the study maintains that they remain religious nonetheless. With the rise of the “spiritual but not religious” designation has come the overall decline of participation in mainline religious traditions; and while the decline in black religious communities has not been as drastic, there are still lingering questions concerning the relevance, mission, and overall purpose of organized religion in the 21st century.

Millennials are finding and creating new spaces to have different kinds of conversations that are not offered in traditional religious contexts. The multi-city gOD-Talk Conversation Series featuring leading millennials voices—activists, entertainers, entrepreneurs, athletes, academicians, religious leaders, politicians, etc.—seeks to amplify these voices by creating a space for their experiences to be shared and documented. These two and half hour curated conversations seek to not only give voice to this often misunderstood demographic but also to create an opportunity for religious organizations and leaders, researchers, and engaged citizens to understand better the dynamic ways Black millennials engage with religion.

The rise of the “spiritual but not religious” designation has in deed led to a decline of millennial participation in mainline religious traditions with many questioning the relevance, mission, and overall purpose of organized religion in the 21st century.

By using a lower case "g" for the word "gOD' we are highlighting the ways in which this project "transgresses" traditional boundaries and literal designations of that which is considered scared.

For the Chicago conversation, 15 Black millennials, including the moderator, were selected to particiapte in the talk-show style conversation. Representations from varying religious/spiritual and belief systems were present on the two-panels for the evening: Christian, Muslim, African Hebrews, Spiritualist, Buddhist, Athiest, and Agnostic. The conversation for the evening center on two distinct premises: Faith in Context and Faith in Community. On the Faith in Context panel, we sought to ground the conversation of millennial participation, or lack thereof, in organized faith traditions by analyzing current data and trends. It also explored the ways millennials are wrestling with doctrine and reimagining what faith and faith communities look like going forward. The second panel for the evening Faith in Community examined the ways millennials practice and exercise faith through activism and the arts. It also explored how they utilize faith to address systemic inequality within their local and national contexts.

gOD-Talk has expanded reach of the Museum and the Center for the Study of African American Religious LIfe through various social media platforms. The gOD-Talk Chicago conversation (September 7, 2019) garnered more than 30,000 live stream viewers. In total, the three public videos of the Los Angeles, Atlanta and Chicago gOD-Talk conversations have been viewed more than 150,000 times—reaching more than 7.5 million persons through viewings, online searches, clicks and sharing. More than 750 people attended the conversation live at the Harold Washington Culutral Center in Chicago, IL, and the conversation represented the most religious diversity present amongst the 16 panelsit.

It is through the gOD-Talk conversaiton series that we are educating and expanding the public discourse around Black faith/spiritutlity, and charting new terriroty as it relates to capturing the qualitative voices of Black millennials and their dynamic ways in which they are engaging with faith in the 21st century. 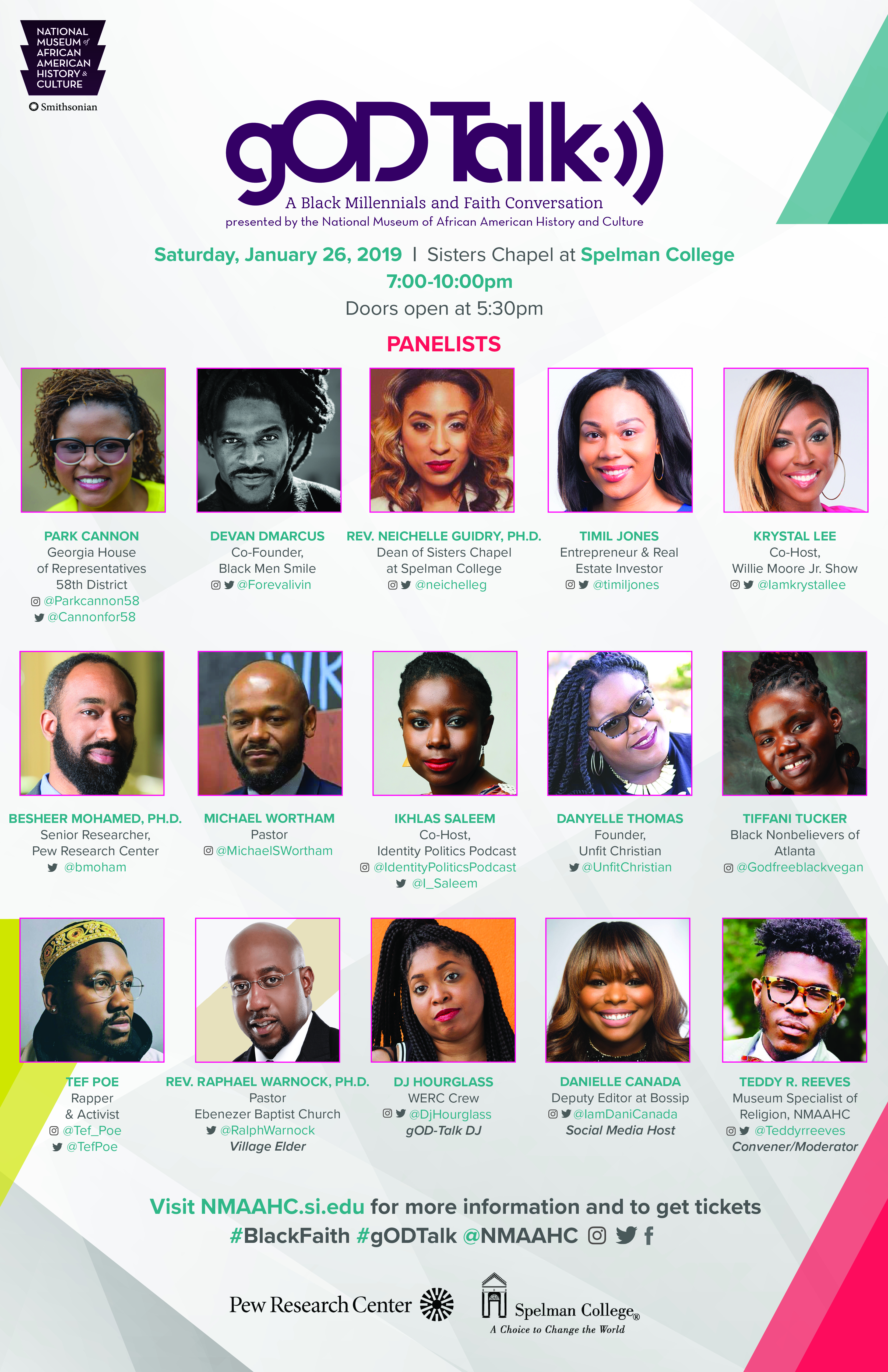 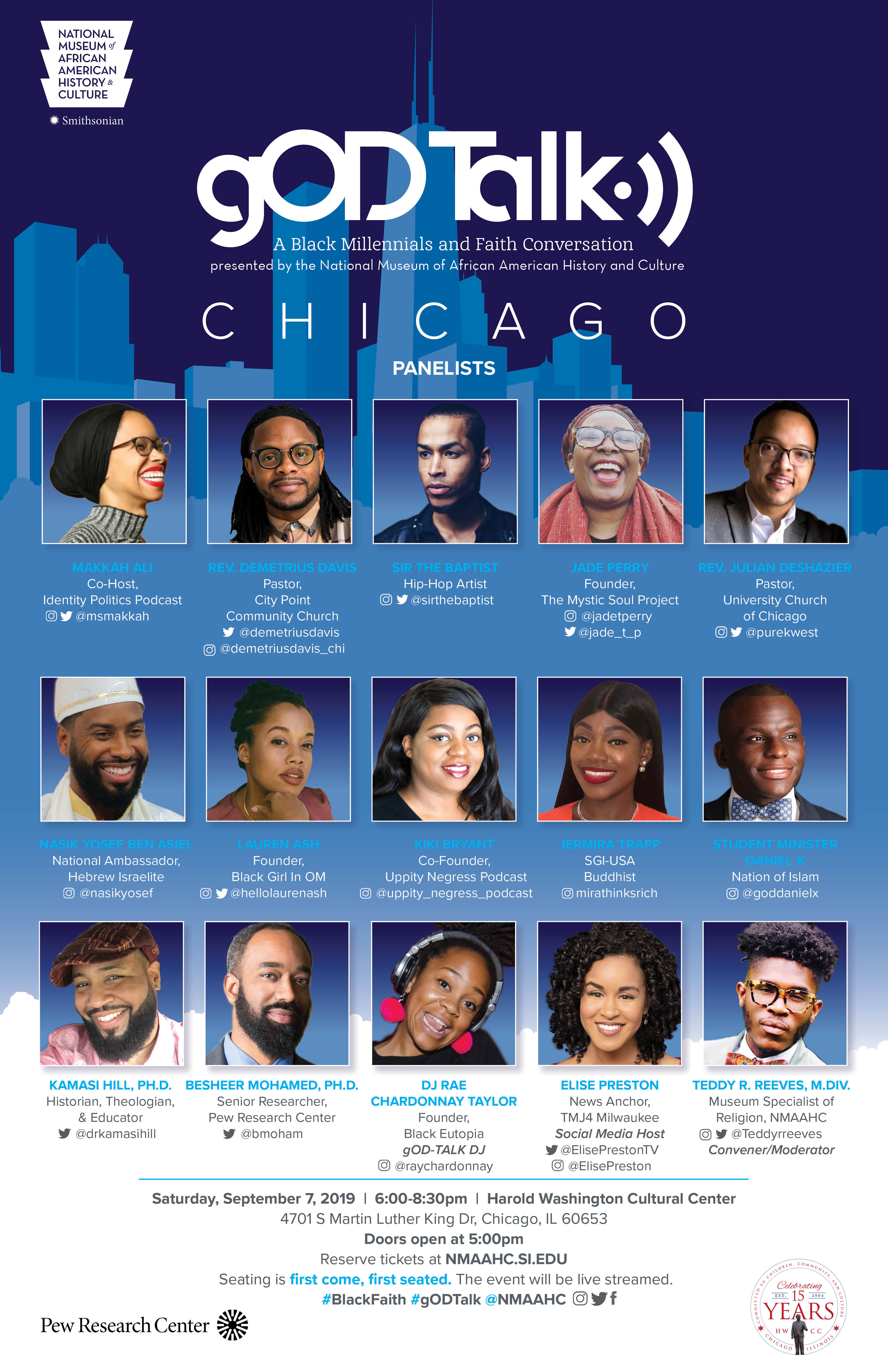 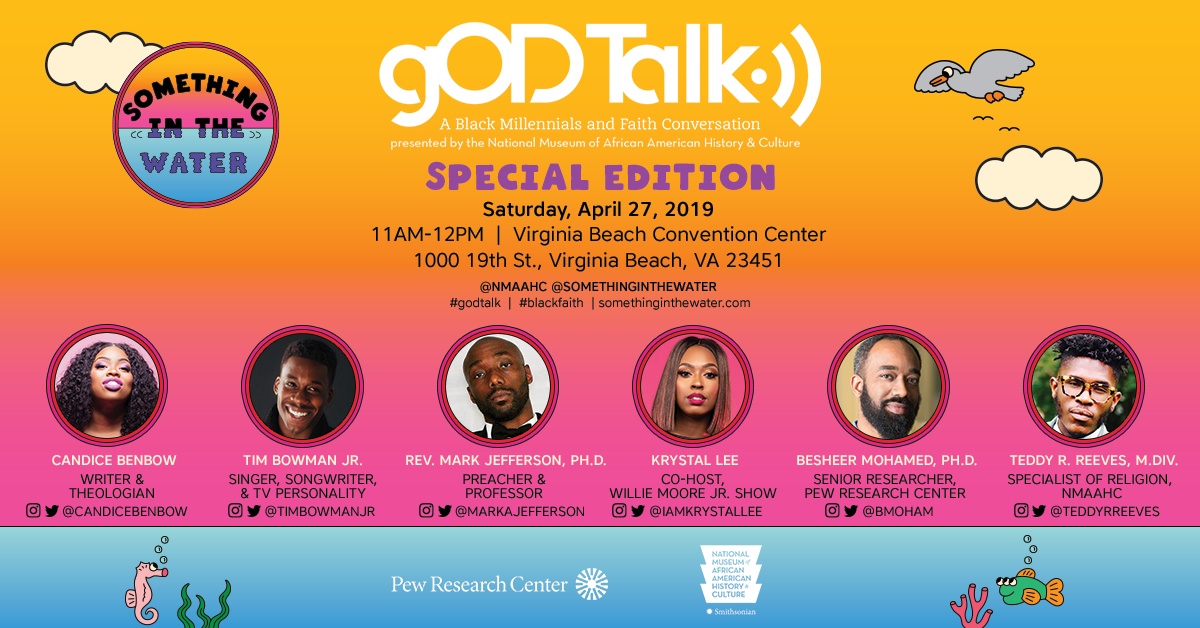 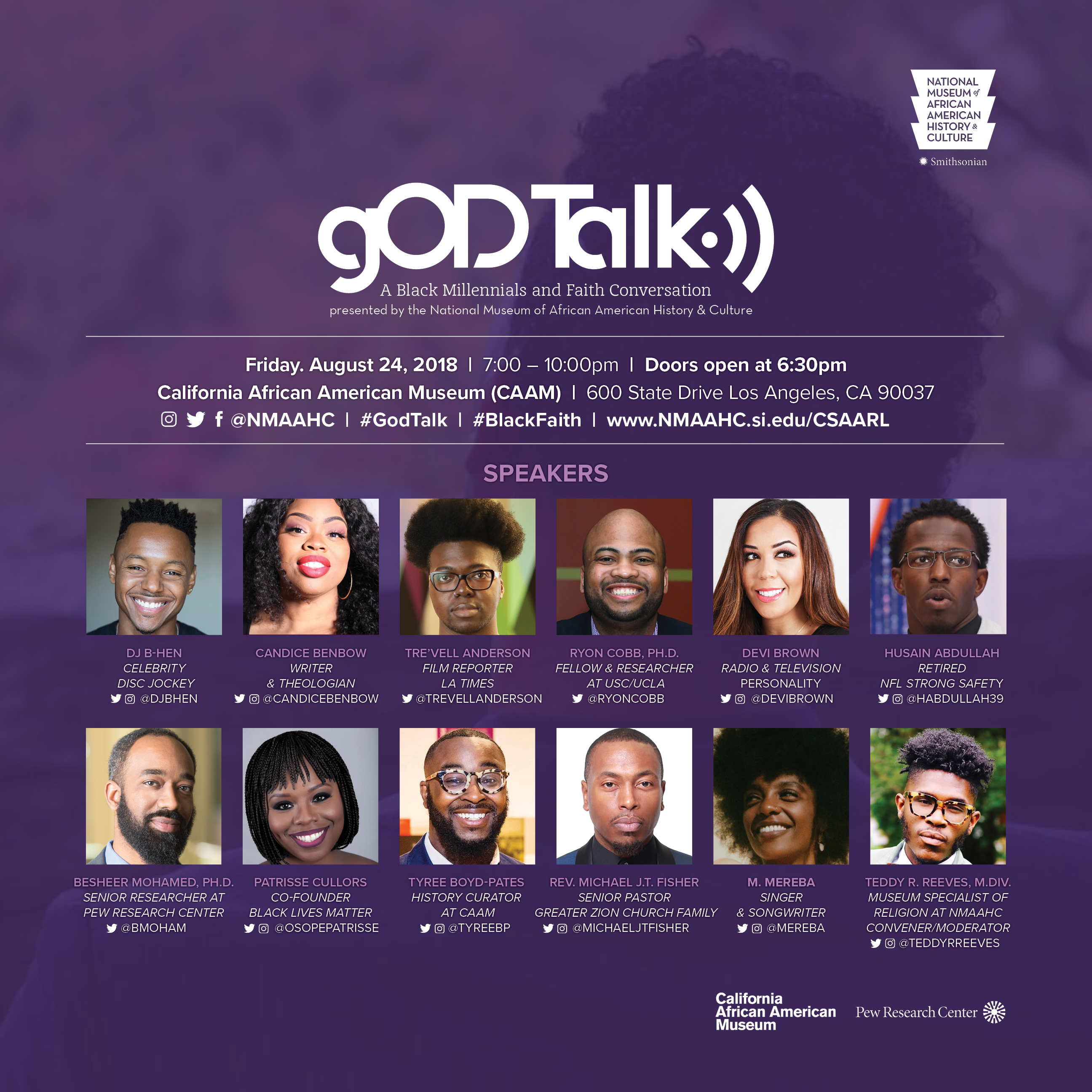 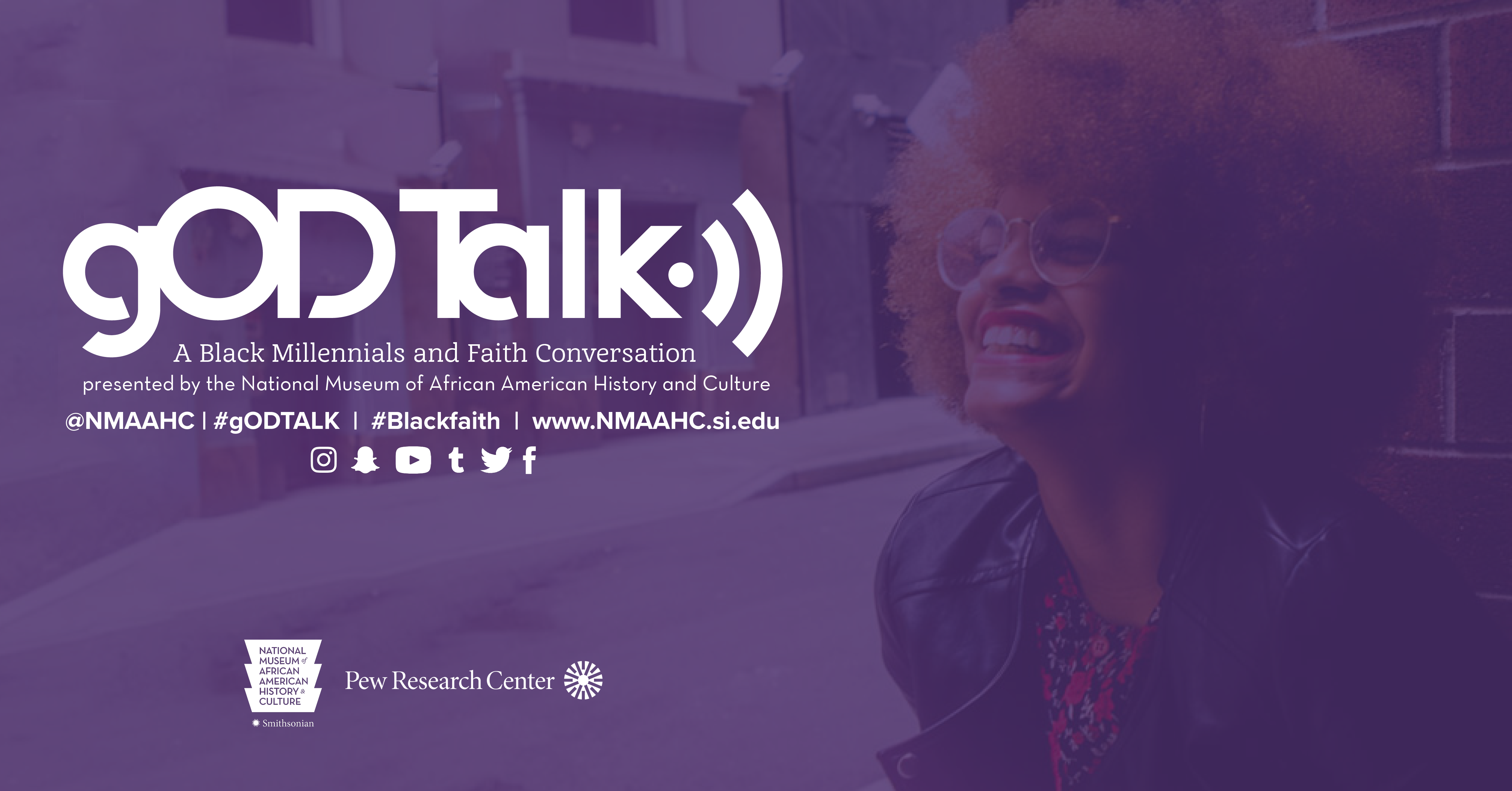