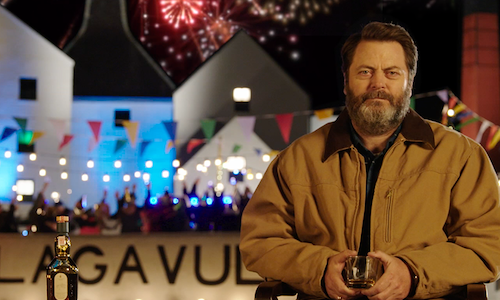 • Drive consumer awareness and consideration of Lagavulin throughout the holiday season

After last year's "Yule Log" sparked viral media acclaim, "New Year's Eve" was a natural extension of the ongoing "My Tales of Whisky" video series. Few actors could make staring into the camera for over an hour engaging, let alone feel like a treat, but the team determined that Nick Offerman ringing in the new year as only he can would captivate consumers across the country and have them sipping whisky alongside him.

To reignite the cultural conversation surrounding Lagavulin, Nick Offerman appeared as a guest on Conan, where he shared a clip from "Yule Log" and teased the upcoming release of "New Year's Eve." To drive consumer awareness, the team secured an exclusive with Entertainment Weekly, who released a teaser clip of "New Year's Eve" on their website and linked to the full-length version on Lagavulin's YouTube page. Once the exclusive expired, the team conducted media outreach to general, lifestyle and entertainment media.

• Featured on the TODAY show the day before New Year's Eve

• 100% positive sentiment in all placements

• In response to the positive social chatter, the team created a 10-hour loop of the original video for easy streaming during at-home holiday gatherings and larger parties at bars & restaurants 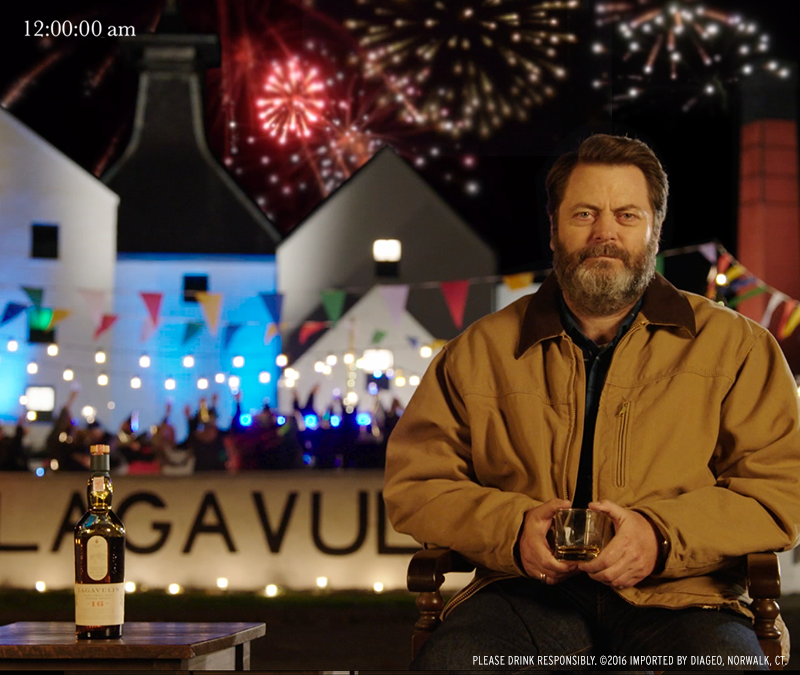