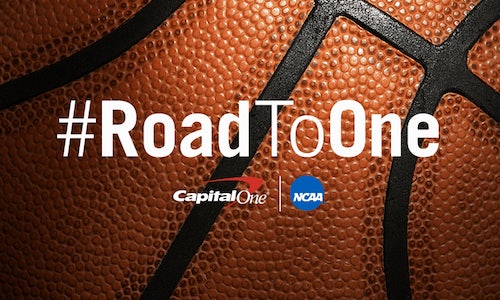 As a Corporate Champion Partner of NCAA's March Madness tournament, we set out to be the most famous, talked-about brand across the Men's NCAA Basketball Tournament. Our goal was to create an engaging experience that broke through the March Madness media frenzy. Our #RoadToOne social media campaign focused on creating a seamless experience for college basketball fans between our digital presence and our television advertisements featuring Samuel L. Jackson, Charles Barkley and Spike Lee. This helped give fans more opportunities to connect and engage with our brand.

Our comprehensive #RoadToOne social campaign focused on our exclusive sponsorship of NCAA March Madness, giving fans front row access to the action. Leveraging the equity of the campaign hashtag we used in 2015, the #RoadToOne followed Charles Barkley, Samuel L. Jackson and Spike Lee's road trip to the 2016 Final Four through an integrated social, TV and digital experience.

Along the way, we treated our fans and followers to contests, giveaways, insider-action and participation incentives on our Facebook, Twitter, and Instagram channels. We also introduced three new social platforms to our arsenal: Giphy, Snapchat, and Periscope.

We kicked off on Selection Sunday with a Facebook contest inviting fans to give Charles Barkley, previously known as Sir Charles, a new nickname. After thousands of submissions, and thousands of votes on Facebook, his new moniker, Charles Broccoli, was announced across social media and on a live TV broadcast! And a lucky fan won $10,000 for suggesting it.

On Giphy we gave fans shareable .gif reactions from Chuck, Sam and Spike to use as they watched the madness, their teams took the big win, or their brackets got busted (our .gifs were viewed 4MM+ times!). On Periscope, fans got virtual access to our VIP Final Four Brunch as Seth Davis interviewed NCAA legends Bill Walton and Eric Montross.

Other giveaways helped keep fans using our hashtag throughout the campaign, culminating in the opportunity for them to tweet for seat upgrades at the Final Four. The integration lead Frank O'Brien, CEO of Odem Global, to crown Capital One the marketing winner of March Madness in a Forbes article.

But we like to think our fans won. Especially while they used our Snapchat filters at our free Final Four JamFest concert featuring Maroon 5, Flo-Rida, Pitbull and Aloe Blacc.

Maybe call it a win-win?

We were successful in delivering on our main social objectives for this campaign. Our use of a consistent voice throughout March Madness allowed Capital One to maintain a dominant share of voice during the entire tournament with 7.6K mentions, more than 30% more mentions than the tournament's other top two sponsors. Our efforts also helped us reach over 20MM people on social throughout the March Madness. Fan engagement also reached impressive levels. We saw over 10K entries across our two sweepstakes and contests and fans shared overwhelmingly positive reactions and conversations around our commercials. In addition, we doubled our engagement rate goals on Facebook and Twitter for our Jamfest & Access content. For the first-time ever, we utilized a Snapchat filter during Jamfest and saw a usage rate of 42%. Lastly, Forbes named our campaign the winner of the NCAA Tournament with the "greatest impact and engagement with perfect cross-channel promotion between social media, TV spots and events." 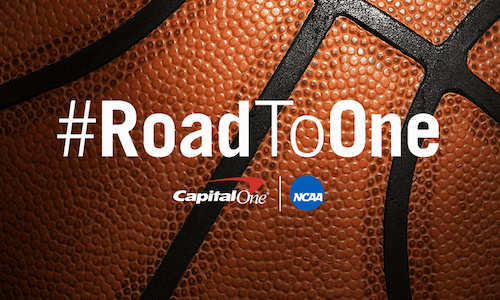