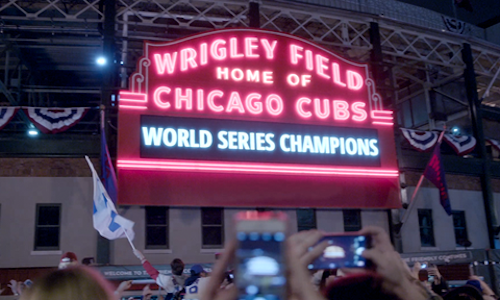 Today more than ever, brands need to move at the speed of culture to stay relevant. But not every brand should insert itself into every trending topic. The challenge is finding one that is authentic to that brand, that audience, and that moment. It's not easy to find the perfect moment. But in October 2016, Budweiser did. Cubs fans had been waiting over a century for a championship, and Budweiser had been with them every step of the way. By the time they clinched their spot in the World Series, there were only five days left until the first pitch. We quickly set out to create an emotional and authentic piece of content celebrating a win 108 years in the making.

We honed in on the love Cubs fans have for Harry Caray — the legendary Cub Fan, Bud Man. Because he never got to see the Cubbies win a World Series, it was only fitting that he call the historic game. So we worked with his estate and WGN to gather audio clips from his 16 years calling games. Simultaneously, we enlisted a crew on the ground in Chicago to follow real fans throughout the entire series. 13 days later, the Cubs pulled it off in dramatic fashion. As the city celebrated, we worked through the night to create a powerful digital video, stitching together years of audio so Harry Caray could finally call a Cubs World Series win.

The next day, when people talked about the Cubs, they talked about Budweiser. Budweiser was the first brand to simultaneously have the most engaging brand posts on Facebook, Twitter, and YouTube. The video became a trending topic on both Facebook and YouTube, racking up over 34 million views — 5 million more than Budweiser's 2016 Super Bowl ad. The Cubs spot quickly garnered 625 media placements, with 325M earned media impressions. With a whole lot of hustle (and a little help from the Cubs) we helped prove that authentic storytelling is king. That's how Budweiser won the World Series. 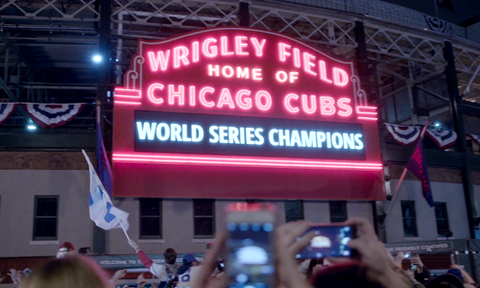