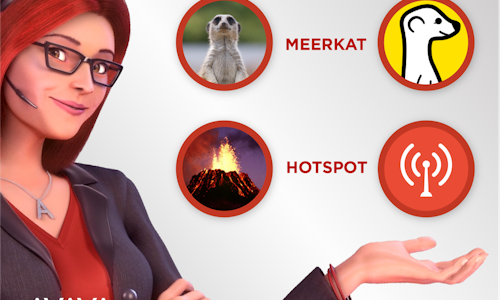 Finalist in Video, Business to Business

The communications technology industry becomes more complicated, more cluttered and more complex every day. Increased telecommuting, heightened security demands, competitive innovation and the consumerization of IT are forcing constant evolution and keeping even category leaders on their toes.

In 2015 Avaya, a telecommunications company still carrying a stigma as an old-school conference call company, was struggling to establish itself as a preferred unified communications brand in spite of its new IP office, mobile and networking solutions. With an eye on attracting both enterprise and midmarket customers, Avaya needed to break through the noise, grab decision makers' attention and shift their perceptions in order to gain market share.

Research demonstrated that business communications has become so complex and fragmented that our ability to engage with one and other is challenged not only by new technologies but also by evolving vocabularies. Our behaviours, beliefs – even our vernacular – are constantly being redefined and we are beginning to see a 21st century language barrier emerge as people adopt new jargon and become careless with their practiced professional vocabulary.

Effective communication isn't just about the technology we use; it's about the language we choose.

To address the growing professional language barrier, FleishmanHillard created a humorous and helpful social media campaign to poke fun at the overused clichés and tech jargon that threaten effective business communication. Using Ava, Avaya's quirky, tech-savvy brand persona, the "Translating Tech" campaign targeted business audiences where they were most digitally active and engaged them with humorous content, business definitions and technology translations. Avaya was positioned not only as a business engagement expert, but also as a trusted partner who could translate the ever-changing language of technology and take a stand against the buzzwords that undermine effective communication.

A fully integrated B2B campaign was developed to target midmarket and enterprise tech decision makers. Owned channels were used to reinforce Ava's brand promise, provide richer information about Avaya's products and deliver educational tips and resources. Earned and shared channels were utilized to distribute creative assets and promote awareness, sharing and engagement. Social advertising was used to extend the campaign's visibility and target audiences according to geography, function and industry.

The campaign was tailored for the right audiences, on the right channels, with the right messages and with the most memorable content – delivering on Avaya's desire to be perceived as a "cool" brand and a Silicon Valley player to watch.

The campaign drove strong, qualified traffic to the Avaya website and moved engaged customers deeper into the sales funnel.

At the end of the day, Avaya was able to break through the noise, connect with target customers and deliver its message of effortless engagement. How's that for "moving the needle" with some "synergistic," "outside-the-box" thinking?

Video for Translating Tech with Avaya 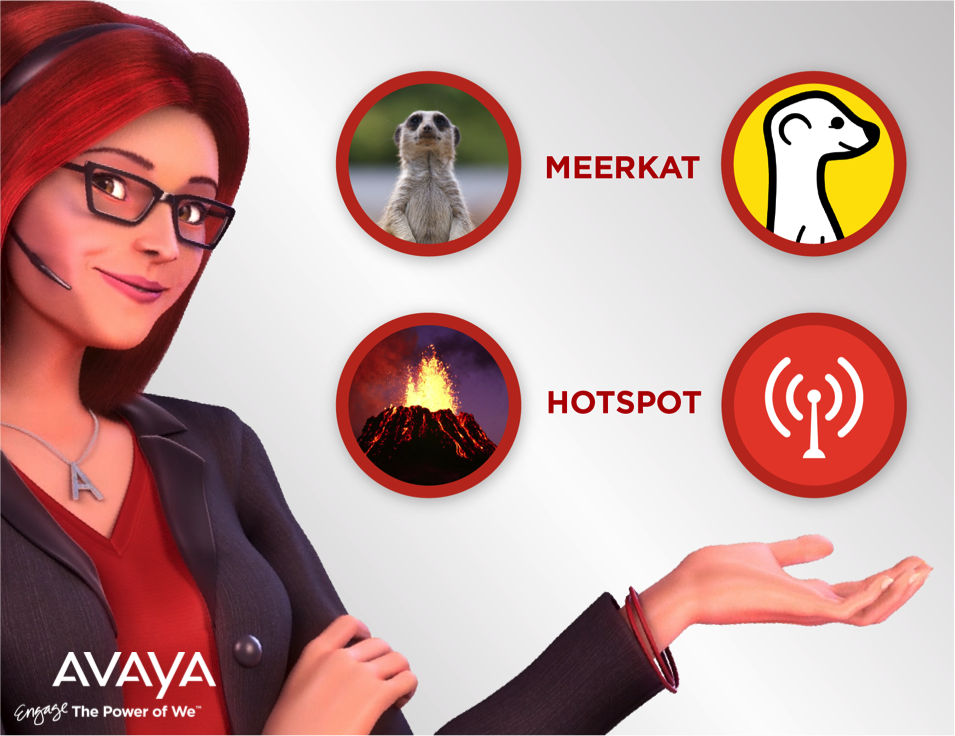 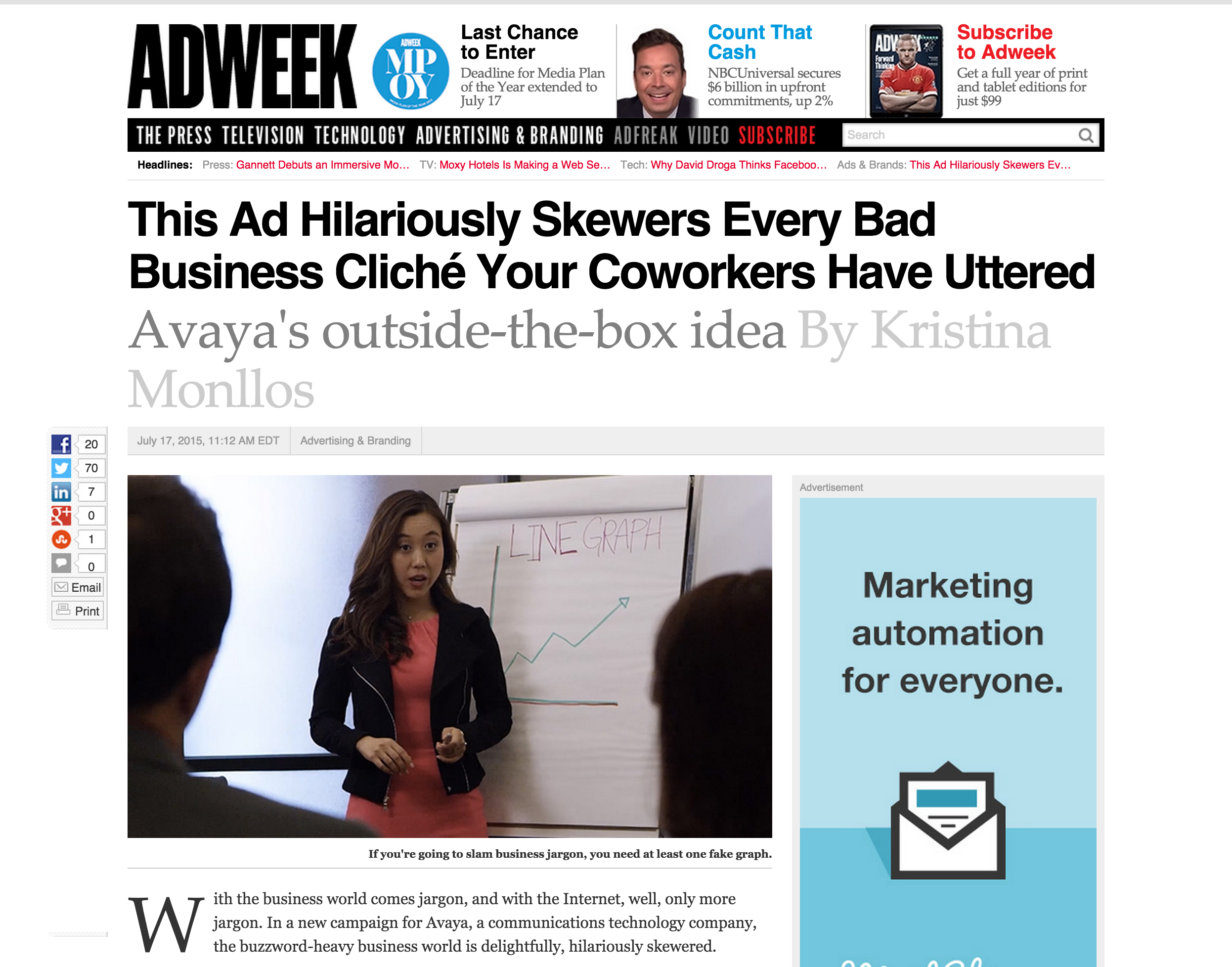 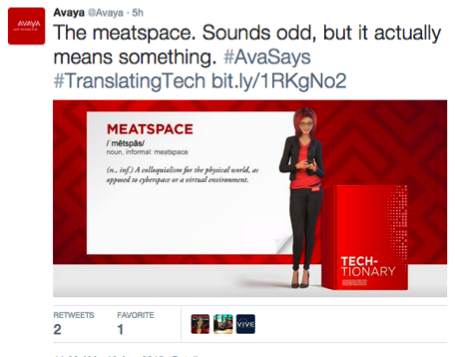 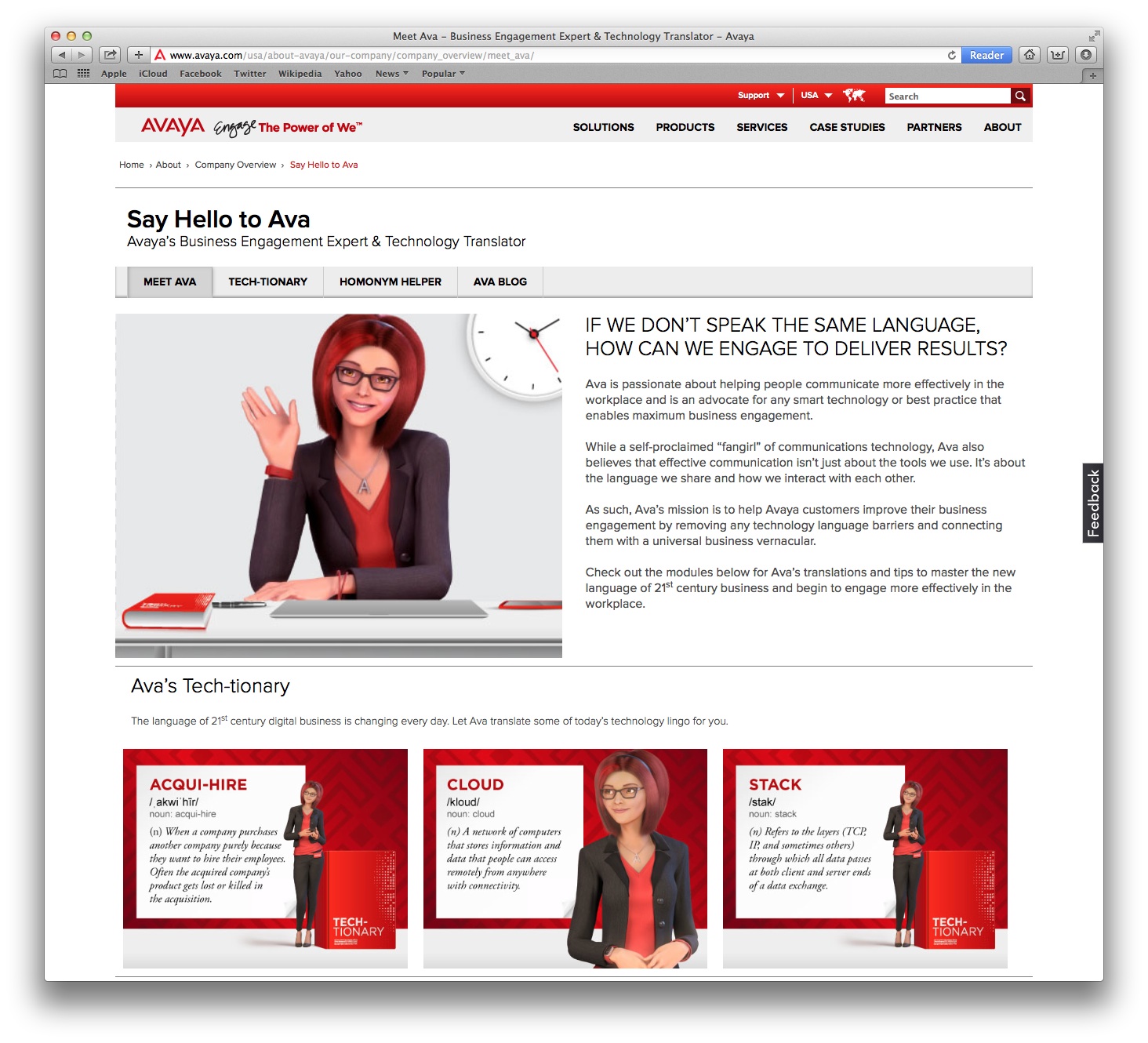 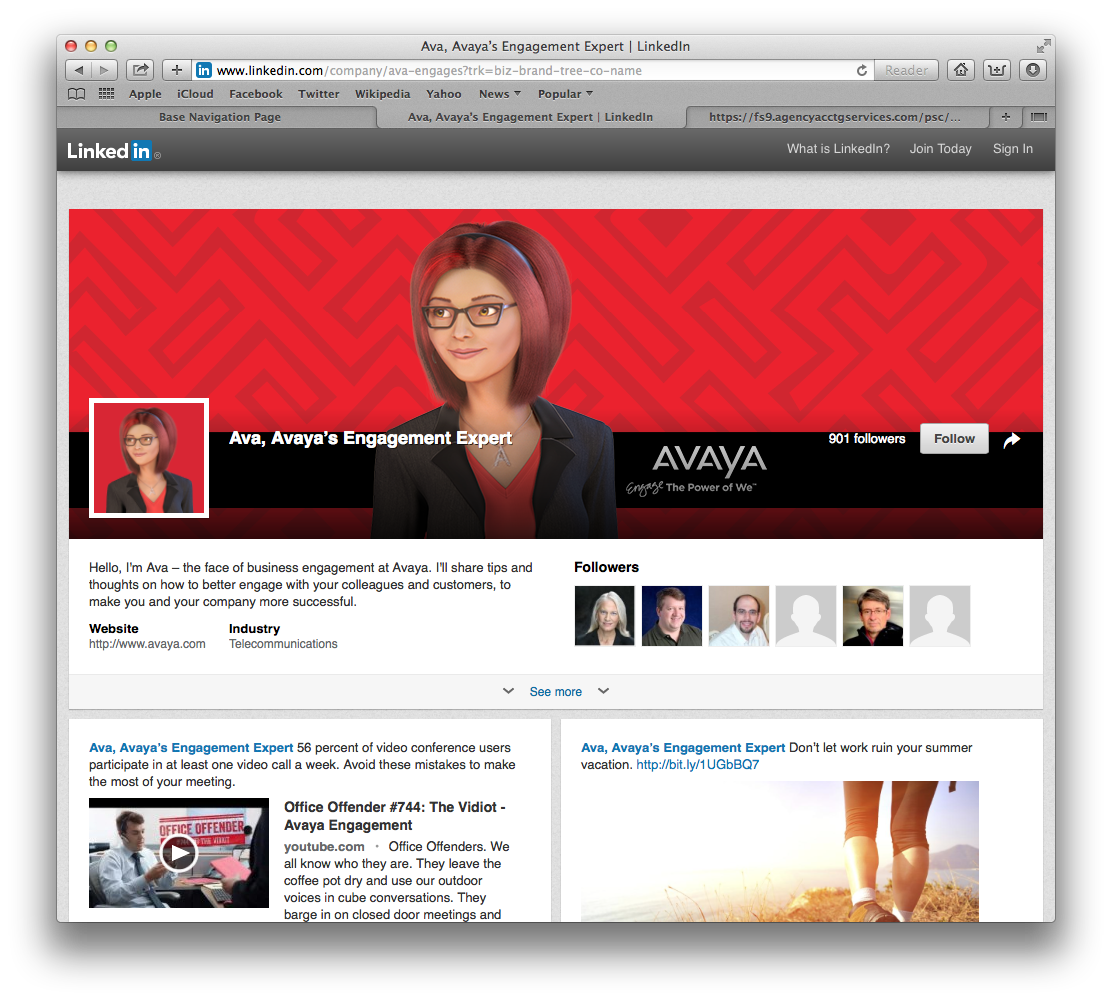