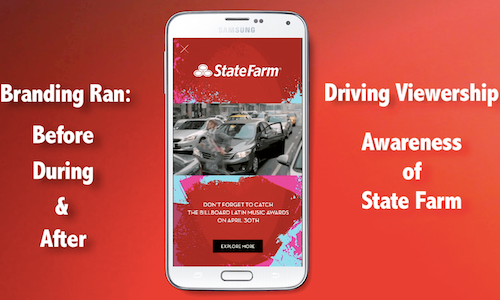 State Farm partners annually with the Latin Billboard Music Awards to position itself alongside the music category, an over-indexing passion point for Hispanics. In 2015, State Farm wanted to complement its traditional media placements with a new, innovative platform. We wanted to reflect the energy and vibrancy of the event into the media itself.

Hispanics over index for short video clips online and on mobile devices, and are almost twice as likely to use their smartphones to supplement their traditional TV experiences. Hispanics are high adopters of Smart (Connected) TV technologies and 62% more likely to use a second screen viewing experience than non-Hispanics.

We engaged Peel TV, a free to download app that turns any smartphone or tablet into a "smart remote" where viewers can control their TV and DVR, discover content, receive personalized recommendations and engage with friends across social media channels.

The campaign focused on building awareness and favorability of State Farm, along with promoting its association with the Latin Billboard Music Awards, creating a true second screen experience for a demographic that over-indexes on second screen adoption and connected TV technologies, ultimately driving this audience to complete new agent request forms.

Peel was the primary action driving platform for the entire Latin Billboard media campaign; Peel accounted for 64% of all agent follow up requests for the campaign (1866 total), State Farm's primary metric of success. State Farm ran a Millward Brown study against the campaign, indicating a 5% increase in purchase intent by Peel users for State Farm who were watching the Latin Billboard Music Awards, and a 14% increase in aided awareness for State Farm.

Television is a great medium for reaching a mass market, but it lacks the ability to translate reach into effective engagement. This campaign proved that strategically pairing television spend with a consumer's mobile device can turn TV into something trackable and actionable.

This campaign also proves the power of cross platform marketing. By knowing what our target audience is watching on television via their mobile device, we were able to speak to consumers as individuals across multiple platforms. 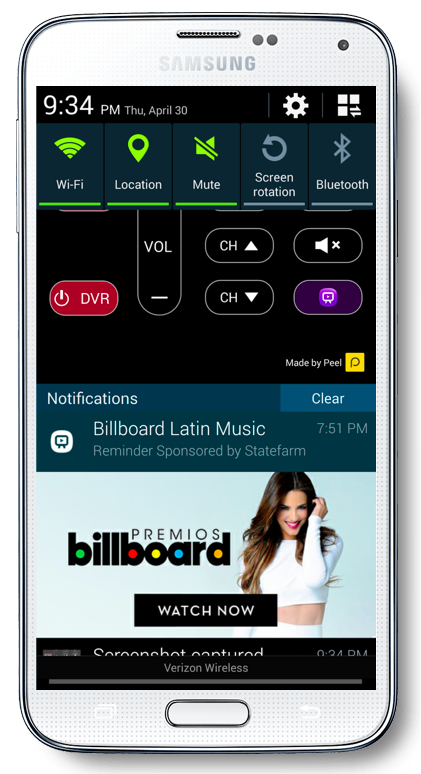 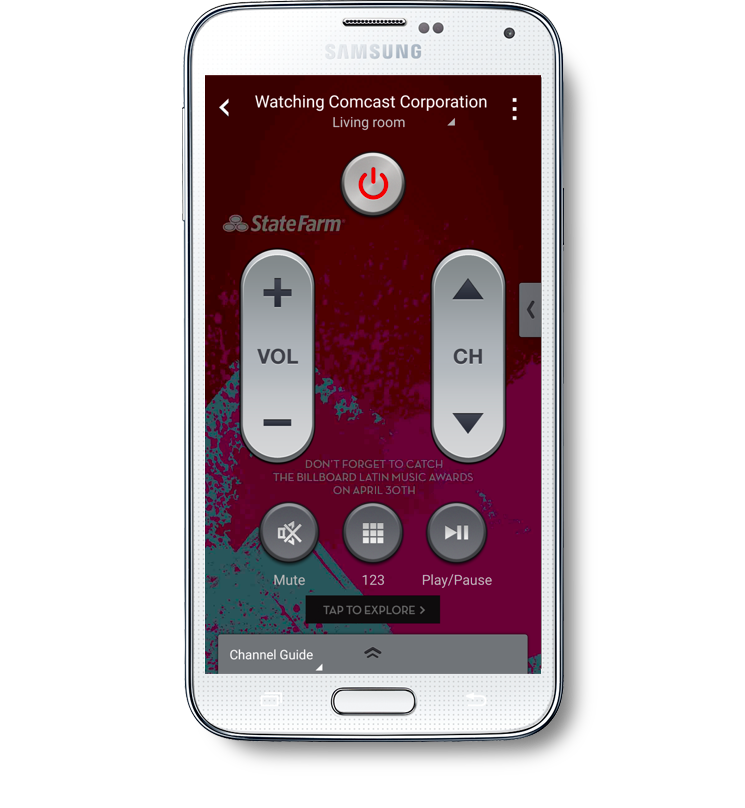 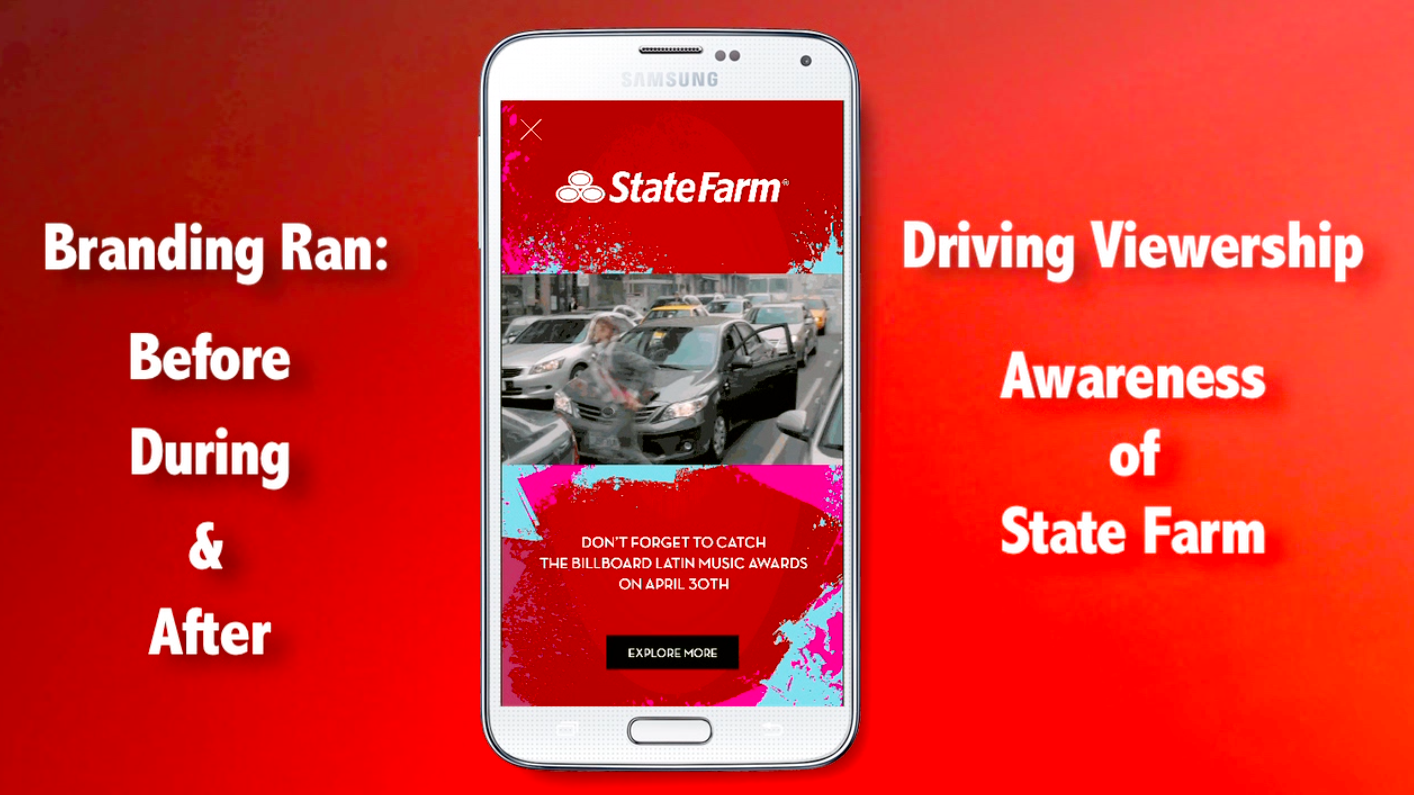 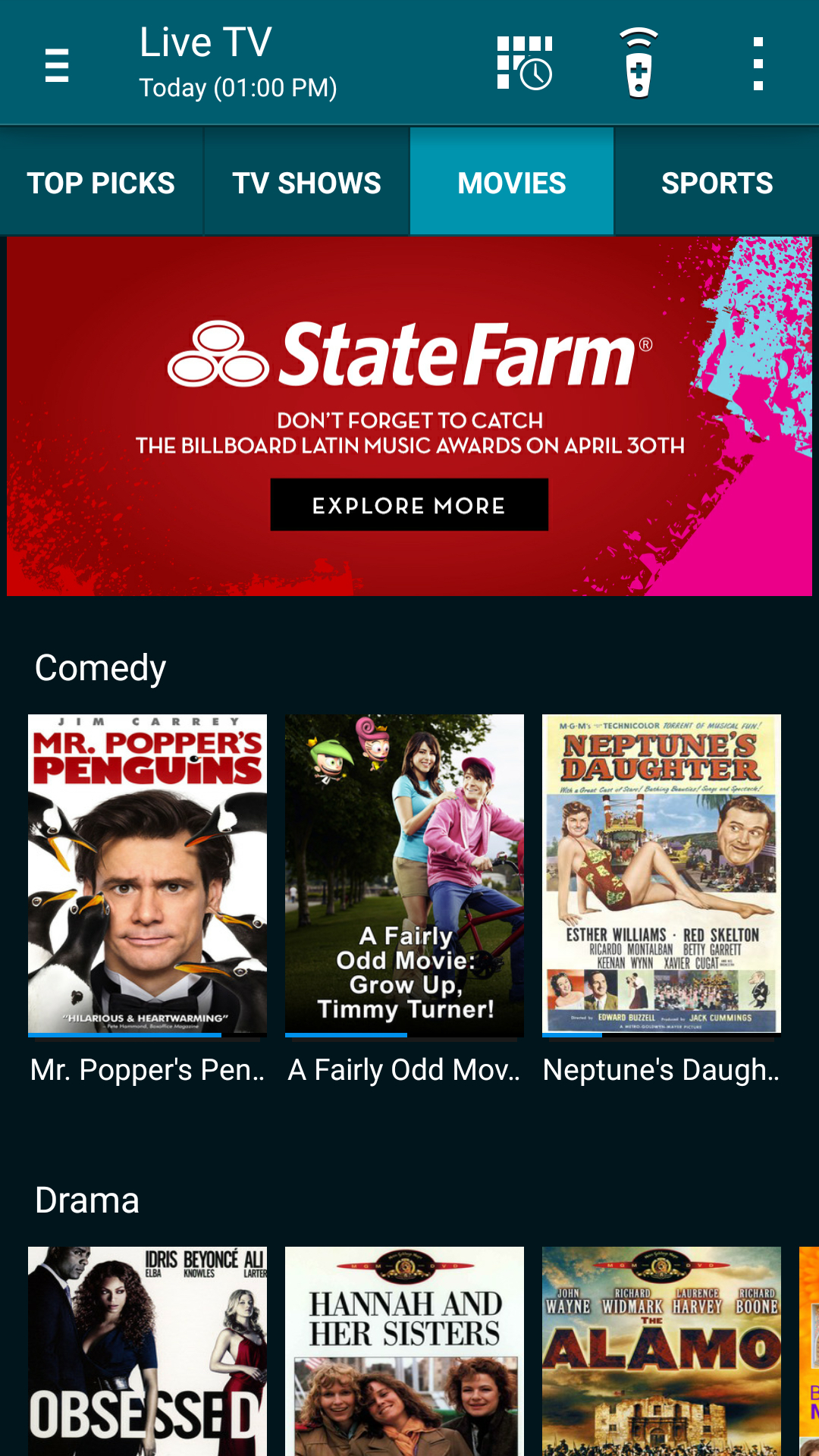