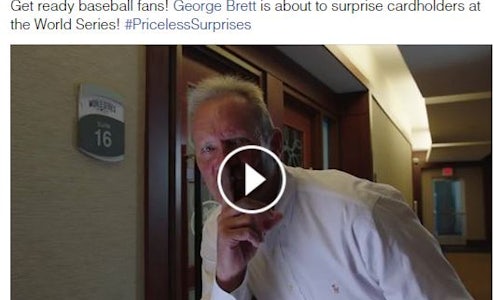 In 2014 MasterCard was looking to evolve the 17 year old Priceless campaign to effectively engage today's consumers. As a brand our strategy was to create a platform that moves from "observing" Priceless moments to creating Priceless experiences for our cardholders.

At the 2014 GRAMMYS, with brand ambassador Justin Timberlake, we unveiled #PricelessSurprises — a new brand platform built to deliver surprises, big and small, to our cardholders. By simply tweeting with #PricelessSurprises, or using their MasterCard, cardholders could be surprised with everything from headphones to truly once-in-a-lifetime experiences—like spending a day with Justin Timberlake.

From GRAMMY night moving forward, #PricelessSurprises has been infused into all social activations—surprising cardholders at every turn and connecting with them through the things they are passionate about.

After nearly two decades of success with the Priceless campaign, MasterCard faced an inflection point in 2014. In order to continue driving differentiation and relevance with an increasingly technology-driven, mobile-centric cardholder, we needed to evolve the way we go to market and create a new kind of marketing platform for the brand—one led by action, rather than just words.

The opportunity for MasterCard was to put some emotion into the functional swipe of a transaction by putting some excitement and anticipation into the rewards. Our mission was to earn cardholders' loyalty by giving them unique rewards beyond those they automatically get from issuers when they sign up.

The "pleasure principle" is a subject that's often tested. It describes how "the brain finds unexpected pleasures more rewarding than expected ones." Not only is there scientific evidence that surprises are effective, we've seen them catch fire in culture: Beyoncé dropped a surprise album in the middle of the night and became 'person of the year' by morning.

This led MasterCard to rethink their definition of credit card rewards. When was the last time people were truly excited by their card's benefits? A surprise can be the best way to cut through the clutter. We leveraged the world's real time group communications platform to make credit card rewards unpredictable through #PricelessSurprises.

Our communications approach was simple – leverage new and existing partnerships and sponsorships to deliver contextually relevant surprises that align with what we knew they love – sports, dining, music or shopping.

Our first act was music. To quickly build reach and visibility, we partnered with global music icon Justin Timberlake, on music's biggest night, The GRAMMYs, to reward cardholders with surprises big and small like music downloads, concert tickets, headphones, to travel packages and even a day with JT. We activated consumers on Twitter during The GRAMMYS broadcast, engaging them on their second-screens with first-look, exclusive for the moment content.

For our passionate golfers, we leveraged our robust golf portfolio to bring our cardholders closer to PGA Tour pros with a series of social and on-site #PricelessSurprises. We launched during the Arnold Palmer Invitational presented by MasterCard where 7,000+ cardholders received surprises, ranging from a meet and greet with Arnold Palmer to upgrades to the best seats in the house.

For baseball fans we built upon our efforts by building upon the rhythm of the season. From opening day through the World Series we engaged cardholders to surprise them with tickets to games, seat upgrades and even the chance to meet legends such as Mariano Rivera, Tommy Lasorda and George Brett.

These experiences were captured; the content was edited on the fly, and quickly published on Twitter to drive additional buzz and social engagement.

Based upon the success, the program quickly expanded. #PricelessSurprises has become a primary brand behavior and has become integrated into all of MasterCard's social activations/social marketing.

#PricelessSurprises drove the most hashtag mentions among MasterCard's competitive set and gained tremendous momentum, with the hashtag being used over 877,000 times. Most importantly, we have awarded over 74,000 Priceless Surprises to our cardholders creating tremendous brand momentum!

We began this initiative with three goals:

1.Build brand perception for MasterCard as a modern innovative brand

The net result? This socially-lead campaign outperformed even our best-case expectations. 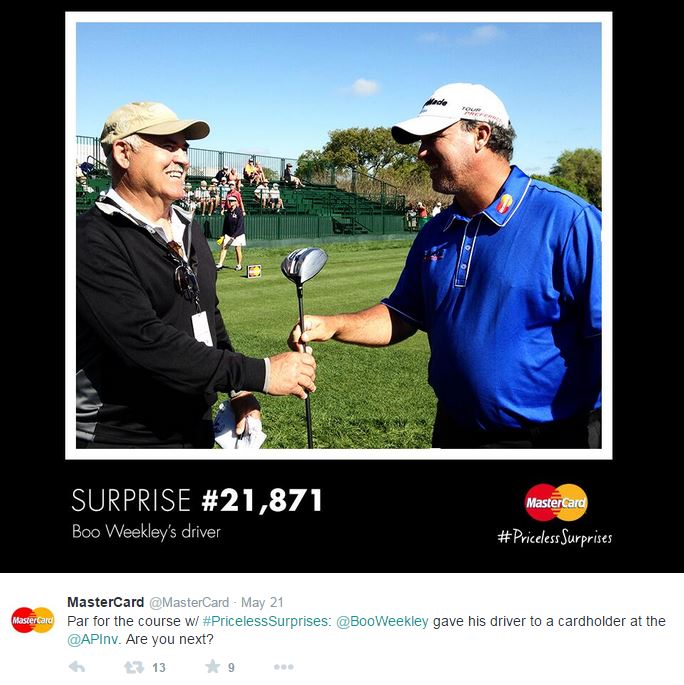 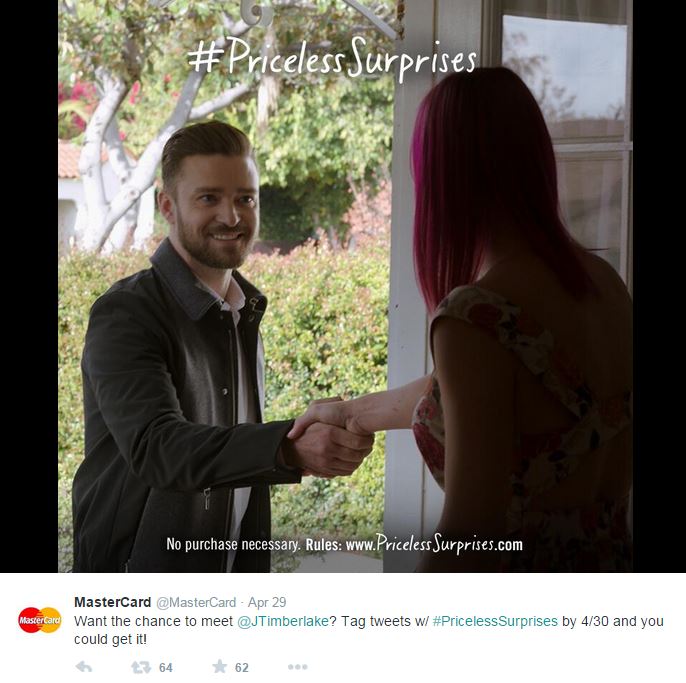 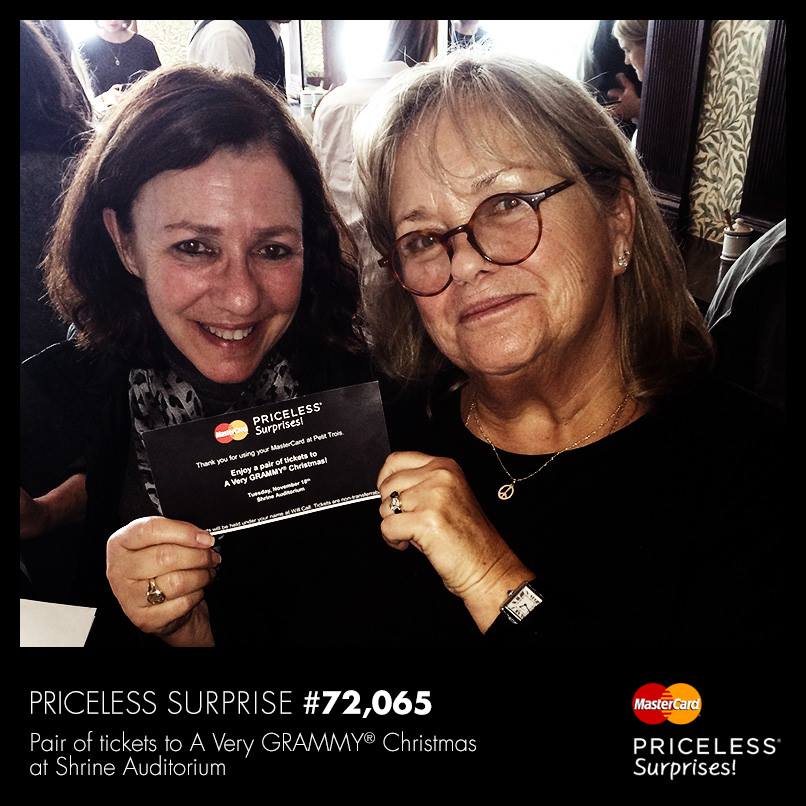 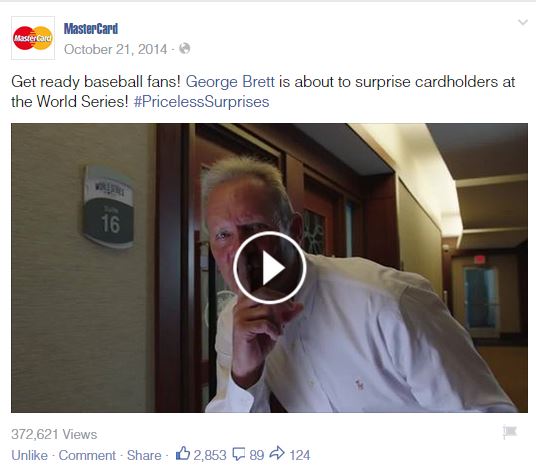