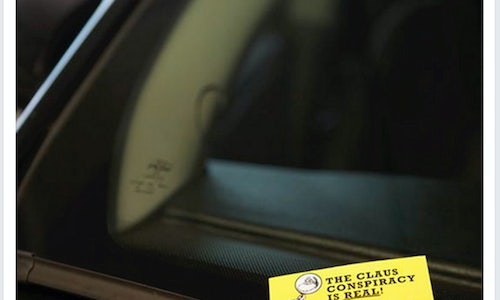 Each and every year on the 25th of December, gifts of all shapes and sizes magically appear in living rooms of homes across America. But an insatiably curious ex-CSX employee isn't convinced they get there on their own. Enter The Claus Conspiracy: a social campaign hatched to shine the spotlight on CSX and the plausibility of its direct involvement with Santa himself. After all, doesn't it make sense that a company devoted to efficiently shipping goods across land might be in cahoots with the man in red? The playful accusations from this alleged ex-CSX employee live in the form of "evidence" on Facebook and his personal website, clausconspiracy.com, throughout the campaign. The goal: good cheer, merriment and the reminder that CSX is the freight rail company committed to moving the critical ingredients of life today and tomorrow.

The main objective of this campaign was to reinforce the notion that nothing is more efficient than CSX trains for delivering tons of goods. With one exception: Santa and his reindeer. The idea was simple: Create custom content fit for the holiday season that reinforces the wonder of CSX trains and the magic of Santa Claus.

In 2013, Claus Conspiracy proved itself as a program that engaged with employees and families of CSX. This year, Craig took his conspiracy theory to a new level by partnering with Intrigue TV on a reality TV show to highlight his holiday findings. The video provided a glimpse into Craig's world as a conspiracy theorist and into his home, which doubles as a Claus-tracking command center. With the help of some paid social support as well as public relations, we were able to get Craig's and CSX's message out to a larger audience.

Brought Craig to life by creating a video that showcased his work as a conspiracy theorist and allowed viewers to see his Claus-tracking command center.

Employees played along by commenting on Facebook that they may indeed work with Santa.

Provided a fun opportunity to reinforce the wonder of CSX trains and the magic of Santa Claus while also reminding our target about CSX's ability to efficiently move large amounts of freight (in this case, toys). 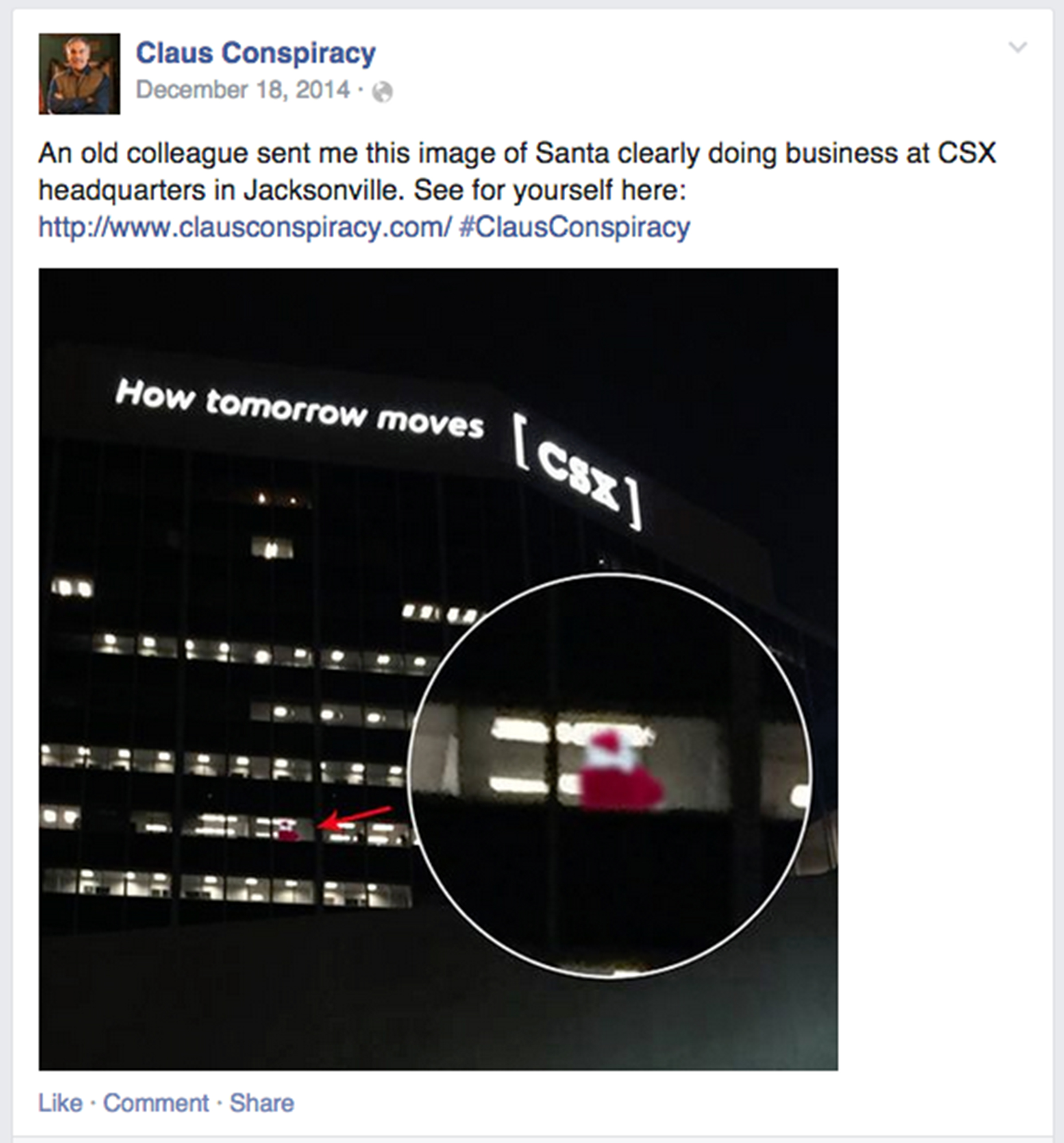 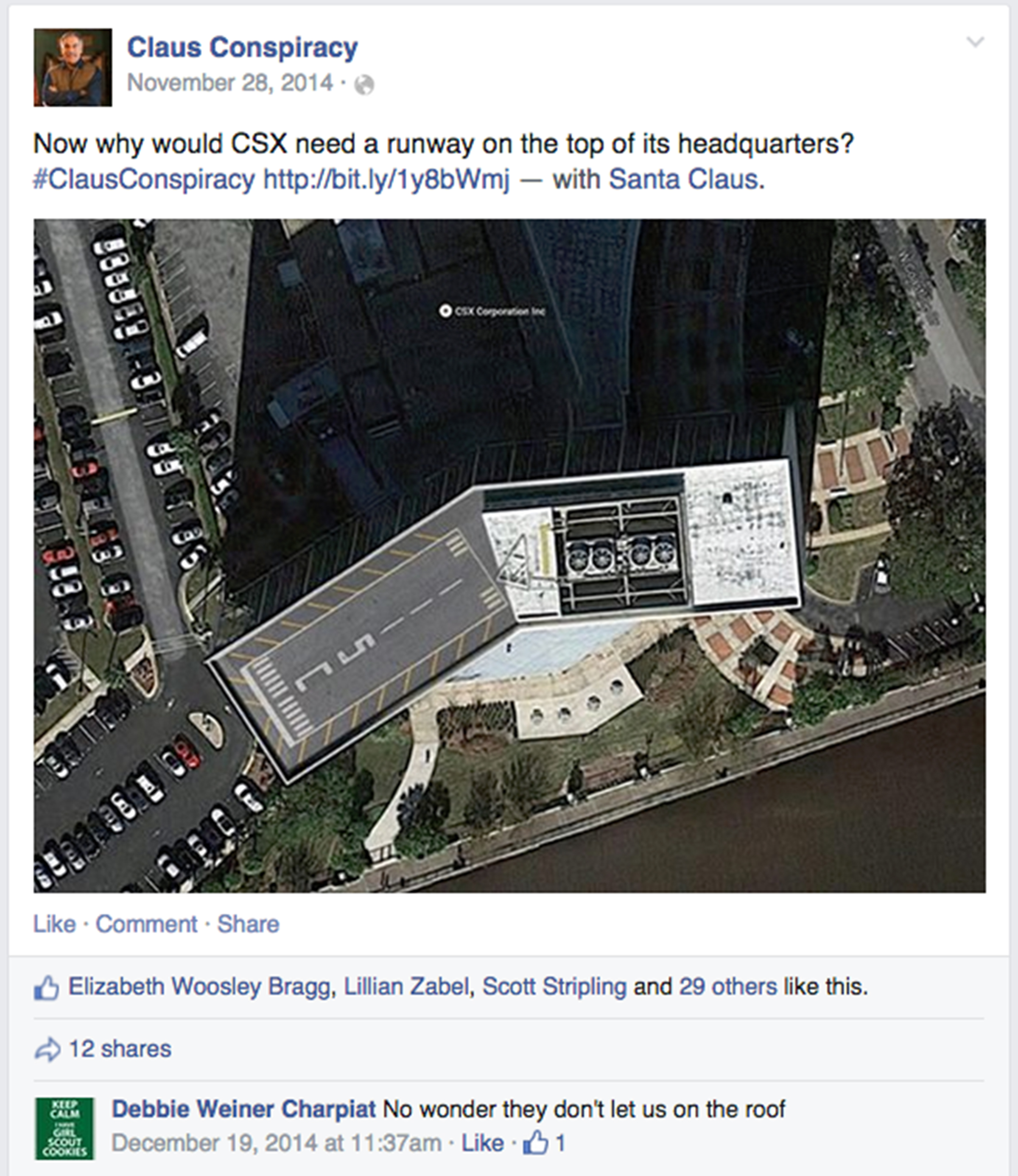 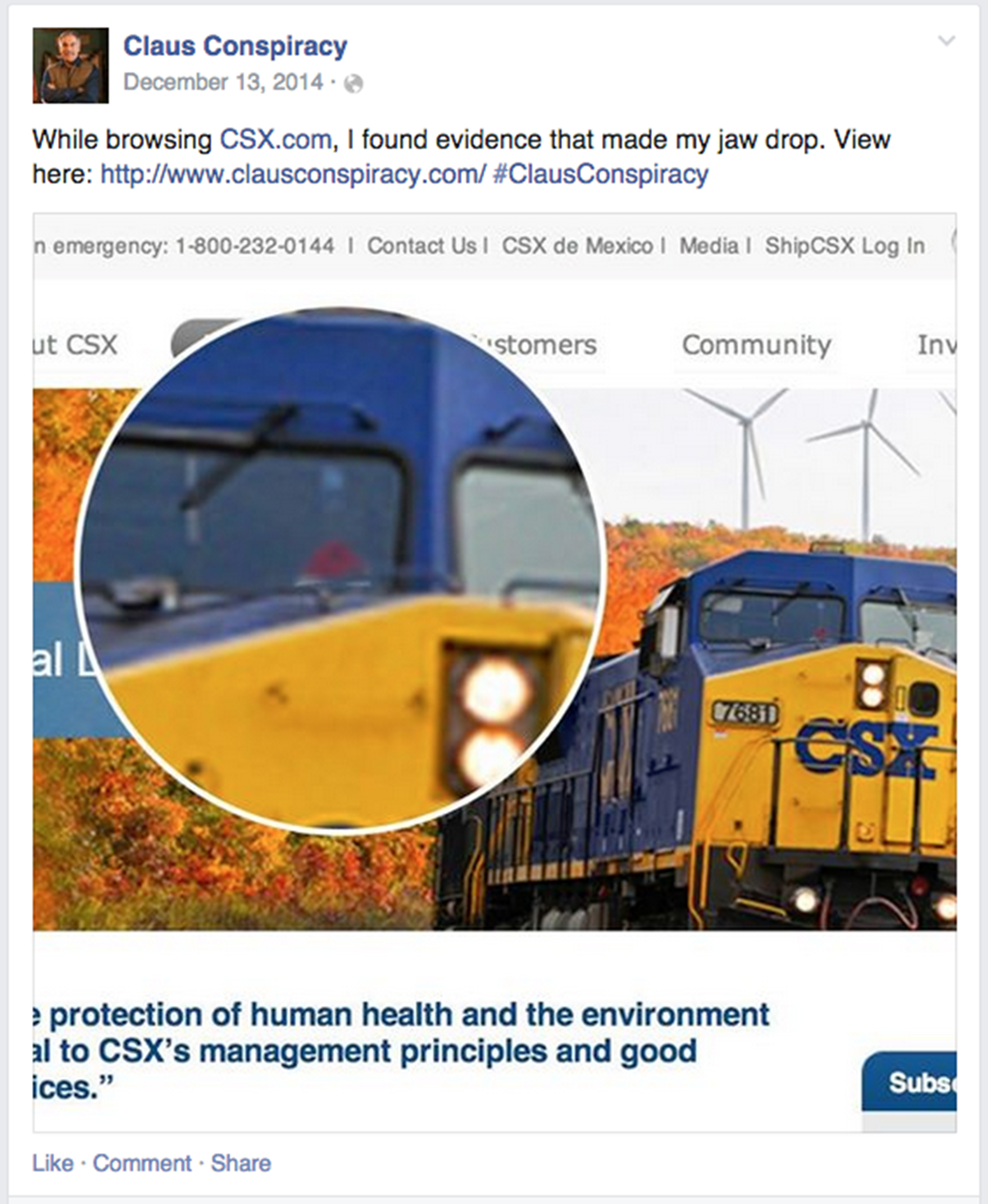 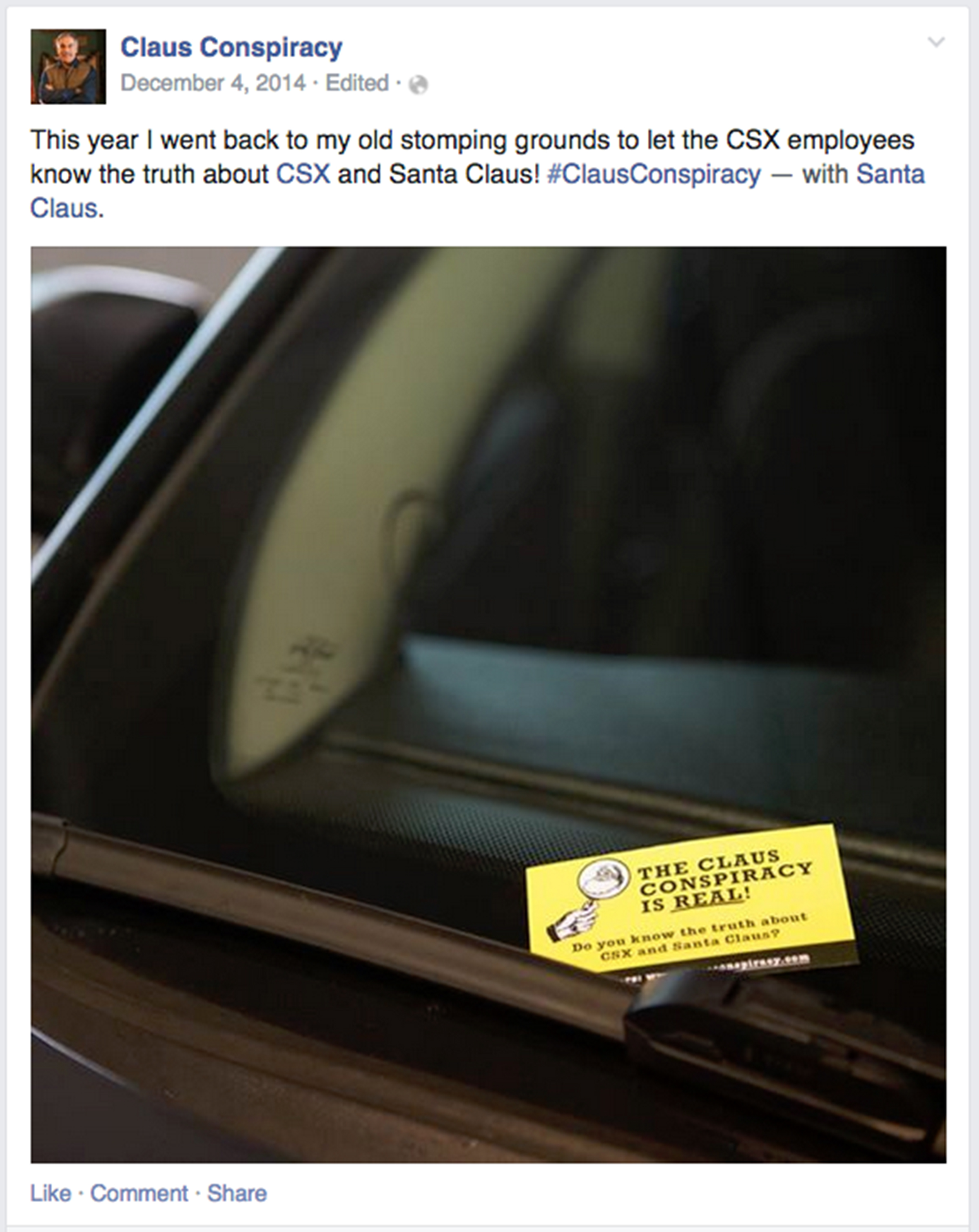 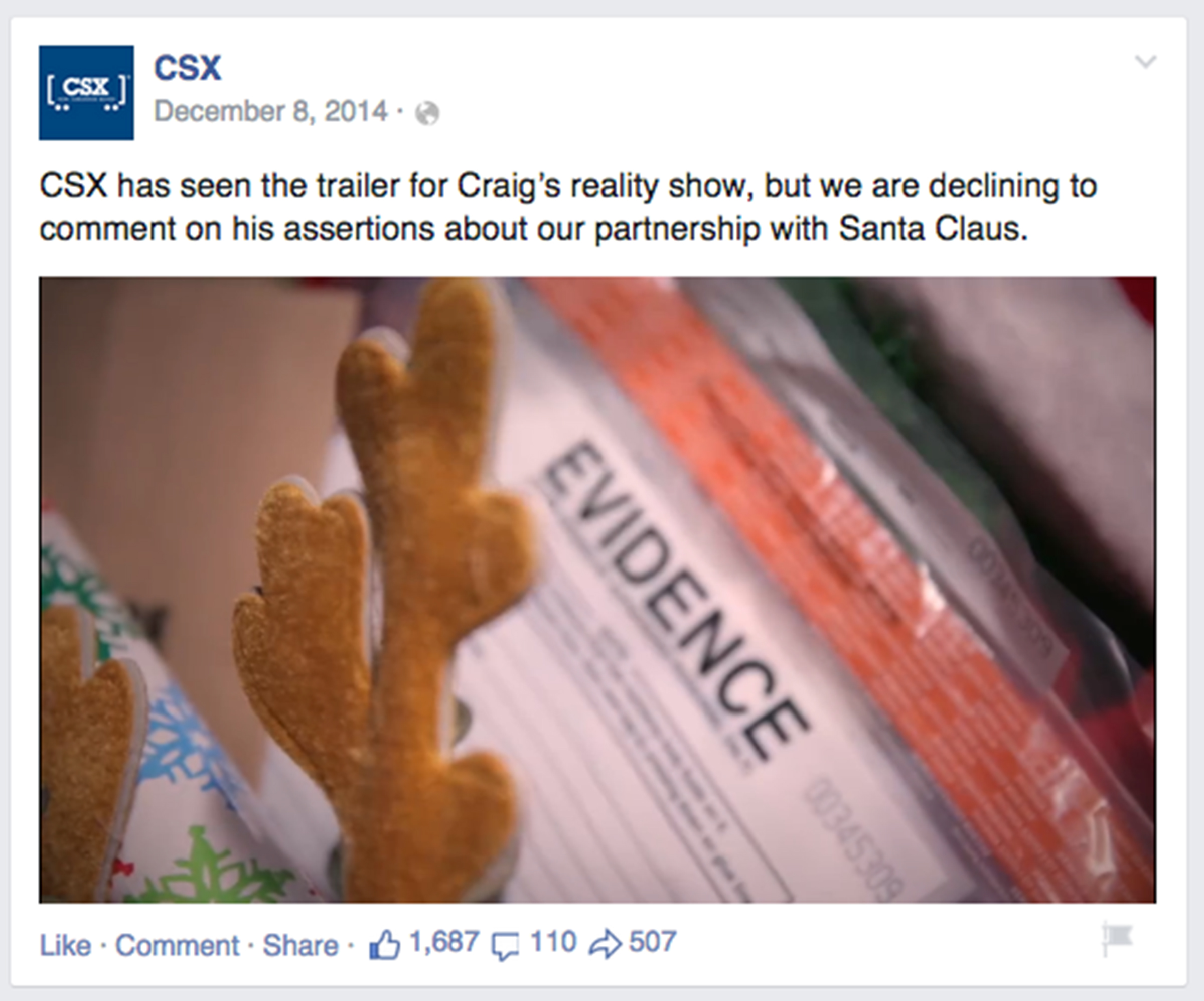