With its signature mood lighting, best-in-class in-flight entertainment, and its refreshing approach to the entire flying experience, Virgin America’s mission has always been to bring the fun back to flying. As the airline marked its sixth year of flying, Virgin America decided it was time to revisit its already irreverent and fan-favorite safety video to create a transformative, fun experience during a phase of flying that is often perfunctory and uninspired. Thus, the #VXsafetydance was born. Directed by Hollywood production company Virgin Produced and blockbuster film director Jon Chu, this first-of-its-kind safety video is set entirely to song and dance and features dancers, singers, and choreographers from popular shows American Idol and So You Think You Can Dance. Within hours of the video’s release online and on Virgin America flights nationwide in the Fall of 2013, the new safety video went viral. With a larger-than-life debut in New York’s Times Square and an in-studio performance on The Ellen DeGeneres show, the safety video and its accompanying social media promotions were picked up across the country and across all media platforms with mentions on top-tier outlets like The Today Show, CNN, E! News, New York Times, USA Today, Forbes, and Mashable. The safety video also made a splash with its integrated social media components. For the first time ever, brand fans, frequent flyers, and general onlookers alike could audition to appear in a future version of the airline’s in-flight safety video by submitting a 15-second Instagram video of their best freestyle moves using the #VXsafetydance hashtag. The innovative and entertaining video, coupled with its integrated social media presence on YouTube, Facebook, Twitter, Google+, Instagram and Vine, garnered immediate national attention that continues today. With its second groundbreaking safety video and its successfully executed social media campaign, Virgin America achieved maximum user engagement, major social awareness, and unprecedented media attention for an airline safety video, effectively dominating the digital space altogether. As the safety video and its catchy lyrics made its world debut in the bright lights of Times Square, the video’s singers and dancers were preparing for the video’s premiere live performance on the nationally syndicated The Ellen DeGeneres show. Less than 24 hours after being posted online, the video went viral with over 1.5 million hits on YouTube, and has since been viewed more than 8.7 million times. With social media savvy celebrities like Kendall and Kylie Jenner joining the effort and making their own #VXsafetydance videos, Virgin America drove their awareness and reach. On Twitter, Virgin America was able to successfully harness the influential following of the safety video’s popular cast and crew to help expand the video’s reach. Within the first week of the video’s launch, over 7,000 tweets used the #VXsafetydance hashtag resulting in a total exposure of nearly 75 million. Additionally, thousands of Virgin America’s official Facebook fans liked and commented on the safety video and promo videos were posted on the airline’s official Vine and Instagram accounts. The overall effectiveness of Virgin America’s safety video campaign is best demonstrated by the wide-reaching media attention it received. Several major network broadcasts including The Today Show, Good Morning America, Nightline, ABC World News, CNN, and FOX News ran parts of the safety video and top-tier print and online outlets like the New York Times, USA Today, Forbes, Variety, and Mashable profiled the video with critical acclaim. Overall, Virgin America’s safety video was discussed in more than 125 print and online articles and appeared on hundreds of national and local TV programs across the country, earning over 727 million media impressions over the course of a couple weeks – and leaving countless news anchors bobbing their heads on live television. The media’s attention on the airline’s safety video continues today, with a recent video of a Virgin America in-flight teammate doing the safety dance on a flight also going viral. 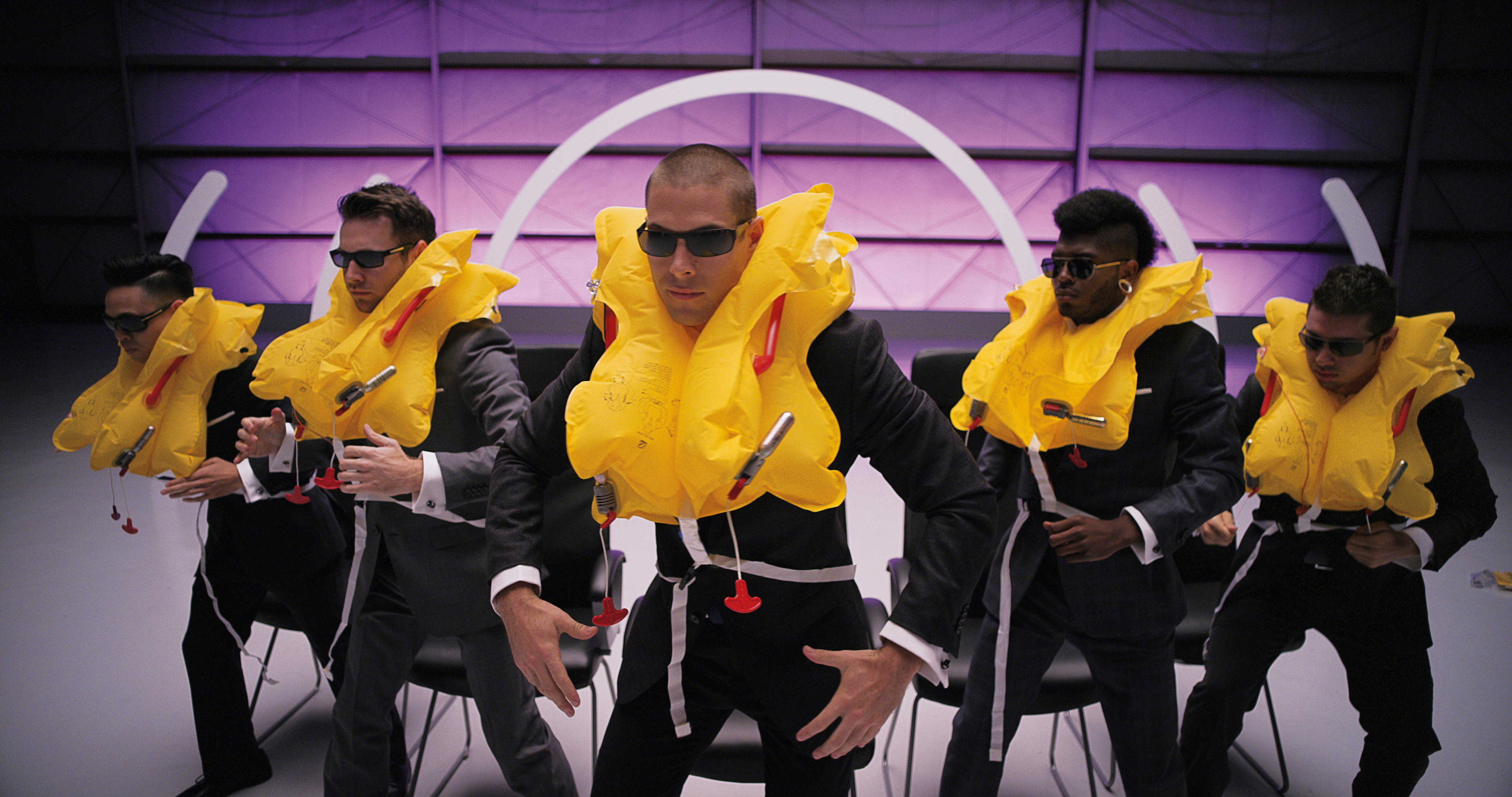