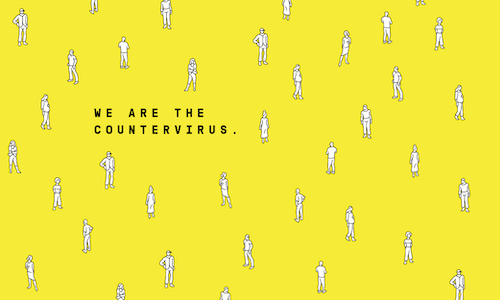 With offices in some of the earliest-hit and hardest-hit areas—including Hong Kong and NYC—we experienced the uncertainty of COVID-19 firstand. We saw a lot of confusion, hardship, and hope.

We watched as our health care infrastructure was nearly overcome. We saw a Naval hospital ship dock cityside. We saw medical staff, postal workers, clerks, and teachers hailed as heroes. We saw life-saving resources, hard decisions, and vital public initiatives mobilizing too slowly. We saw misinformation, skepticism, and lack of urgency. We saw many who did whatever they had to to flatten the curve. And we saw plenty more who didn’t take things seriously enough.

In the early days of transmission, there were so many unknowns: how the virus presented, how it spread, even, at one point, whether or not to wear a mask. We realized that one of our biggest weapons in this fight was information—accurate, shareable, spreadable information. If we could spread information as well as the virus spread, perhaps we could counteract it.

The virus is a fast-moving and focused opponent. But it has one huge flaw: it depends on us, humanity, for its survival. And humanity is creative. So while we’re all susceptible, we’re also powerful. We realized that our coordinated actions could help slow the wave of infection. If we could organize a unified front to counter it, we as humans had it in our power to be the countervirus.

Spreading information and creating action is what we, as an agency, are built to do. We saw two critical must-haves in fulfilling our strategy: (1) high-traffic media inventory, and a (2) unified “brand.”

We secured the high-traffic media inventory first, through a partnership with DPAA, a trade association of global digital out-of-home providers. With so many around the world newly housebound and facing a stay-at-home lifestyle, there was a ton of unused digital outdoor inventory. DPAA member organizations rallied to donate prime real estate all across the globe—everywhere from Times Square to Miami to the UAE, Mauritius, and Japan, from taxi tops to elevators to grocery store checkouts and doctor’s office waiting rooms.

But we weren’t the only ones hoping to share information, and that was also a problem. Over the weeks that followed the outbreak, there emerged a flood of PSAs. Although well-meaning, many of these were unpolished or one-off in aesthetic and generic (or confusing) in messaging, which made it almost impossible for an ordinary person to weigh them all. Overwhelm—and, dangerously, the urge to tune it out—was a real issue. Following an empathetic, consumer-first point of view, we rose above the noise with a simple, singular aesthetic in dominant highlighter yellow and a simple, point-blank tone so that every message we transmitted got the crucial message across while making a deposit into a singular recognized “brand” of messaging.

Worldwide, our digital media pointed to an informational microsite (https://www.wearethecountervirus.com) or the forum of social media (IG: @wearethecountervirus) where we kept a steady stream of clear, validated, shareable information flowing daily. As our time with the virus continued, so our content evolved, from urgent new information about masks, public transit, sanitization, and handwashing to messages of gratitude to healthcare professionals, posts acknowledging the mental health toll of the ongoing crisis, and heartfelt thank yous to the drivers and delivery folks keeping us supplied and inside.

Video for We Are The Countervirus 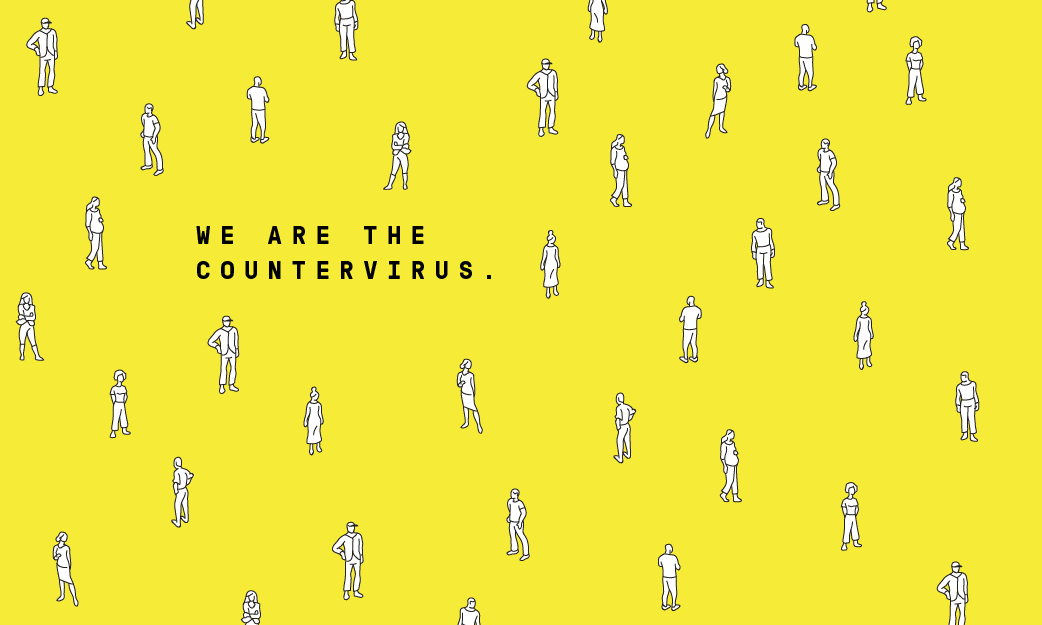 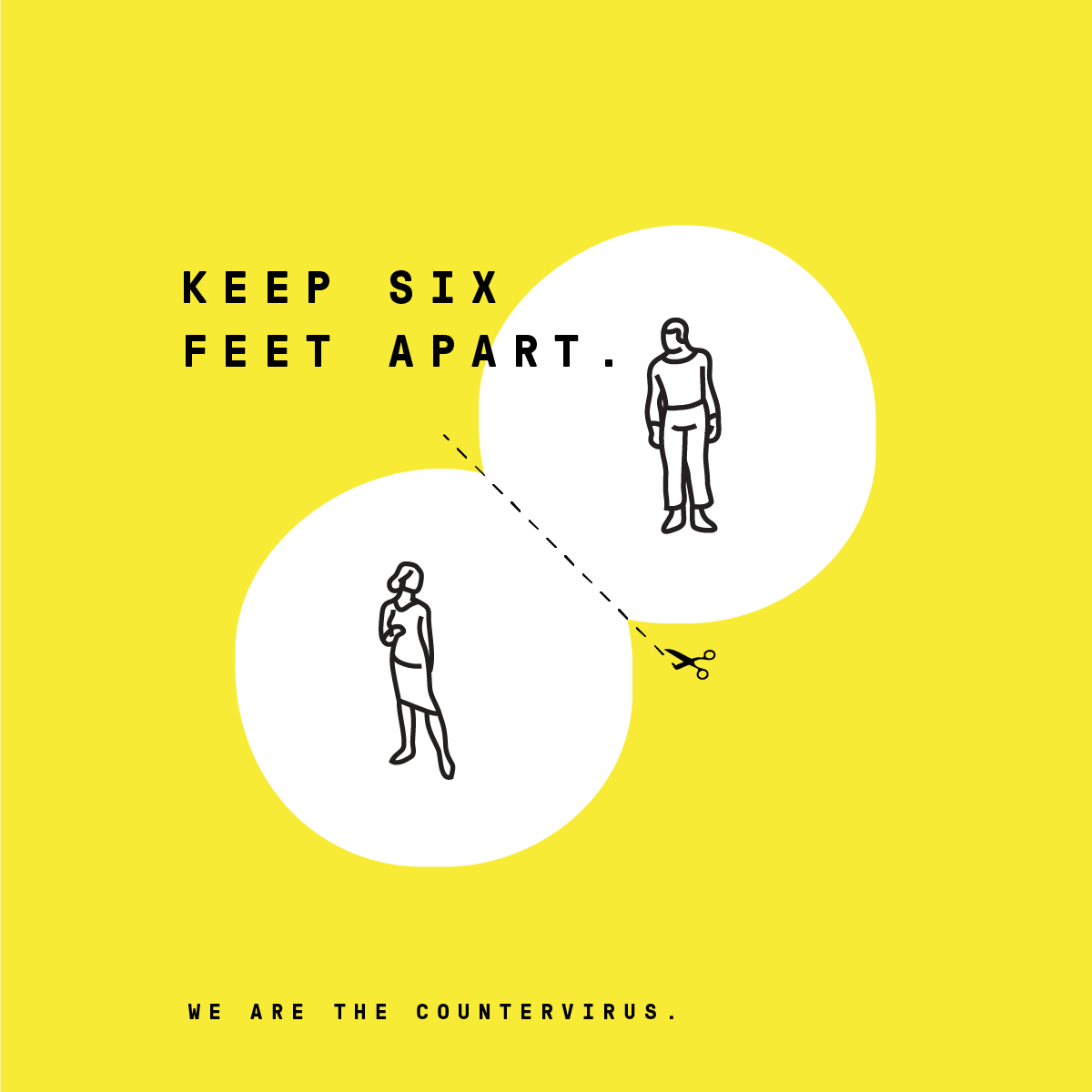 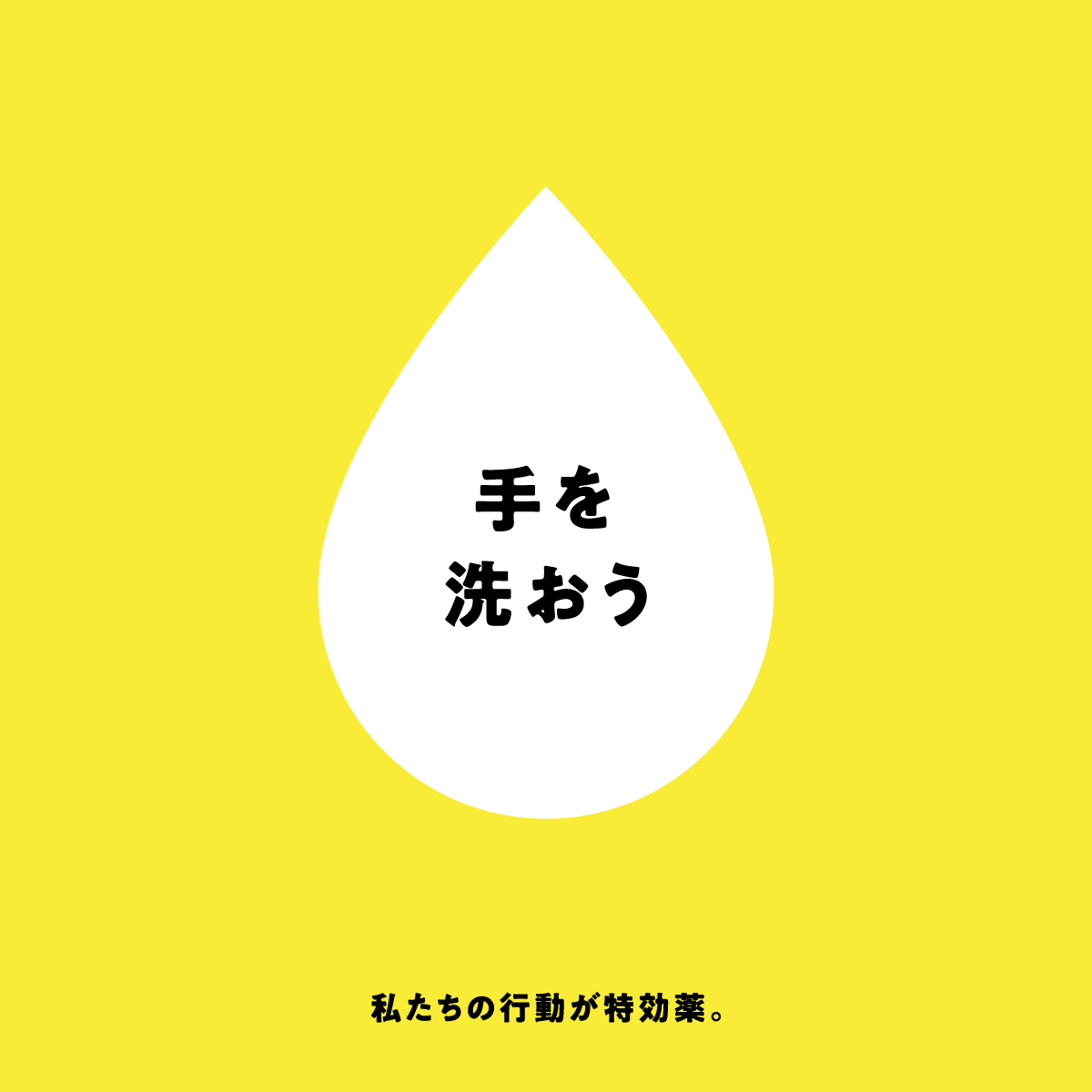 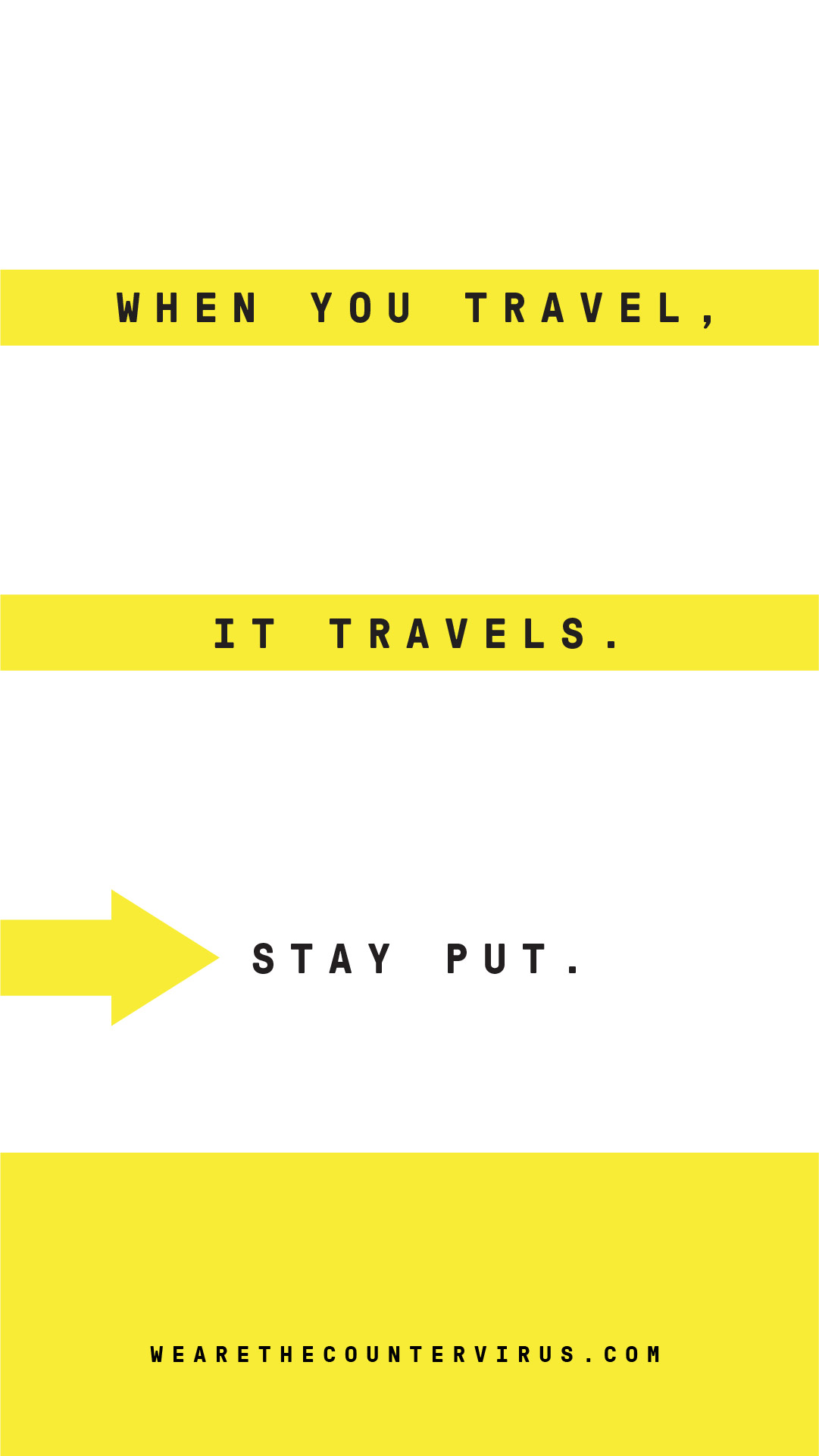 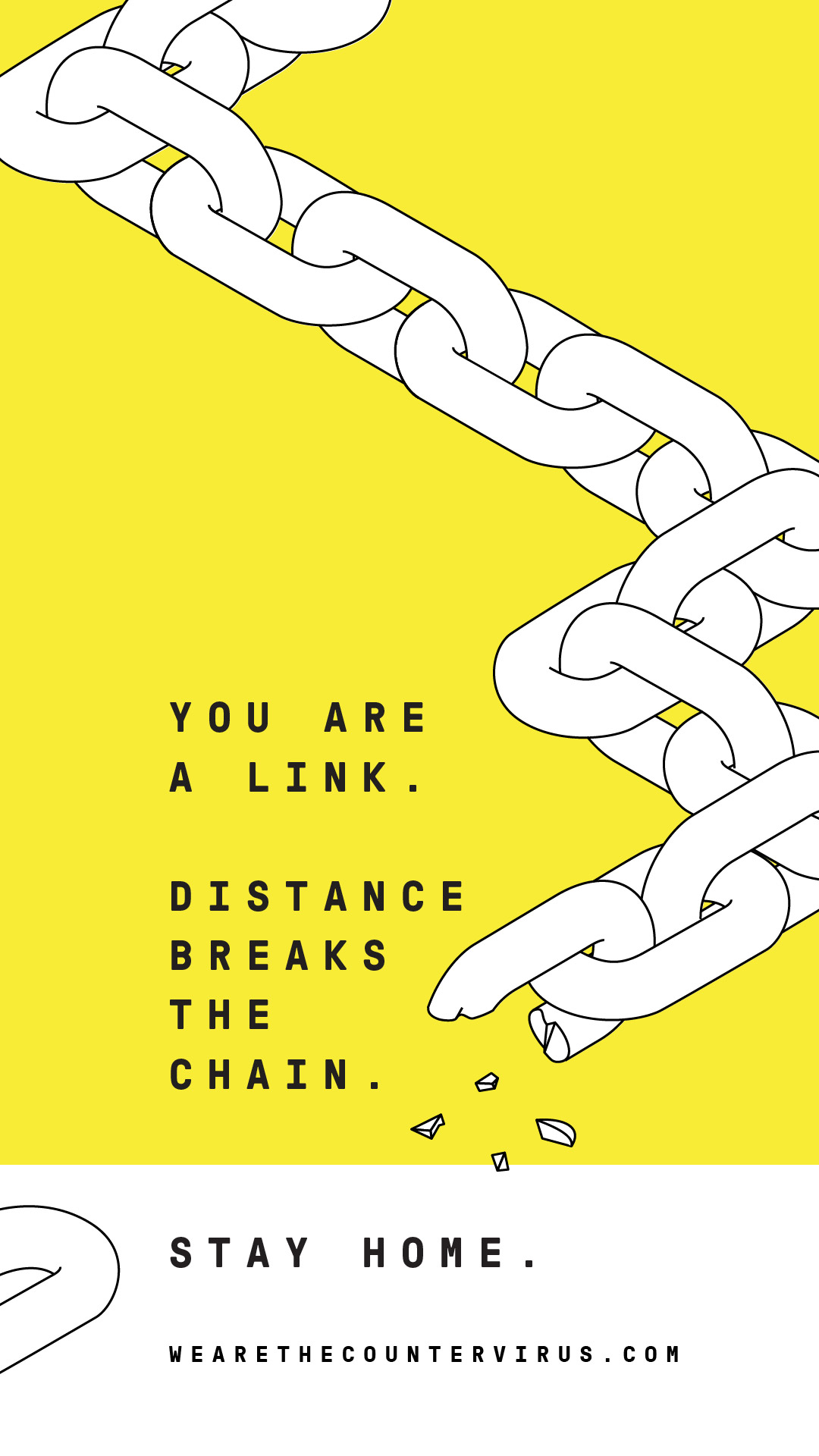 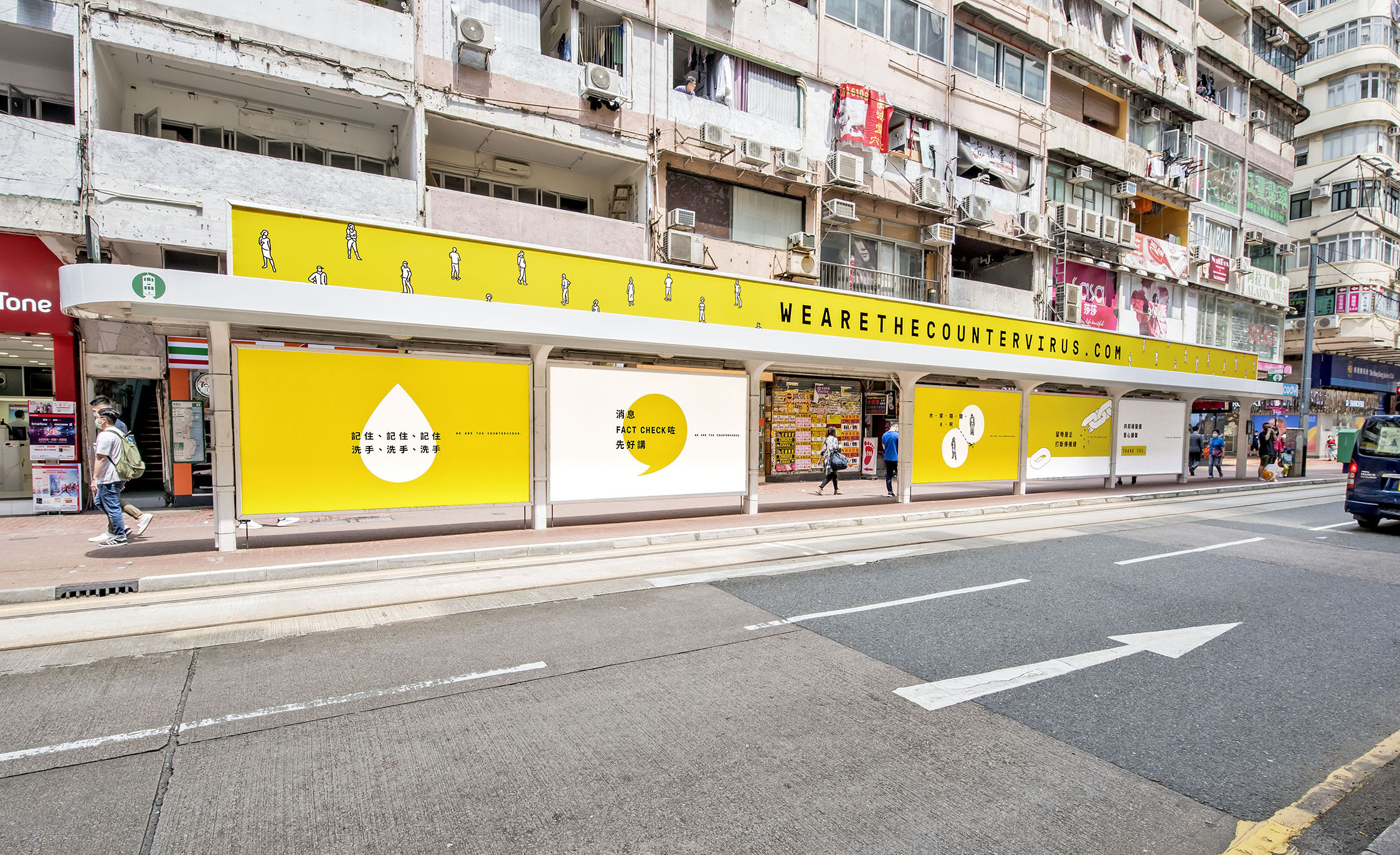 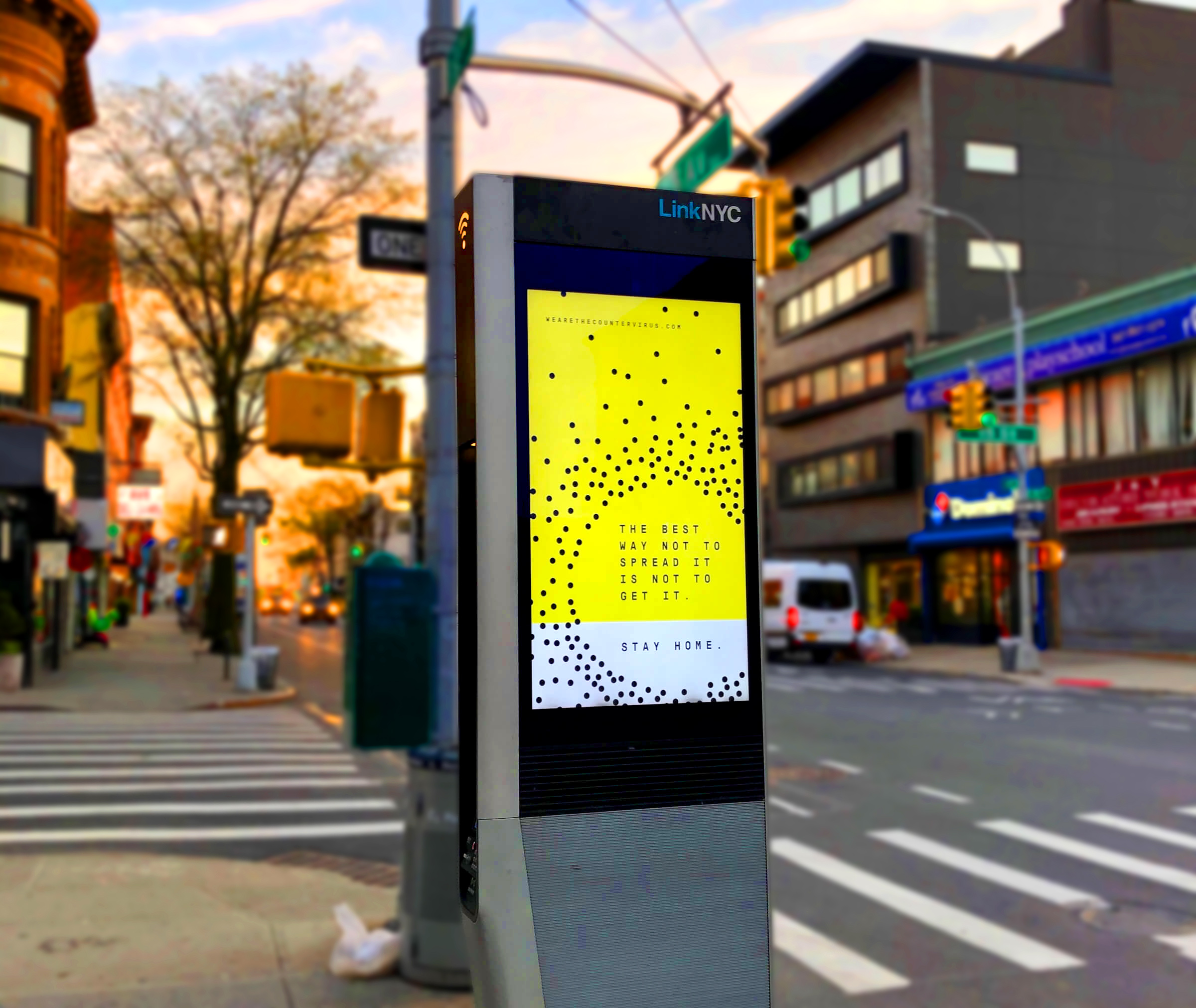