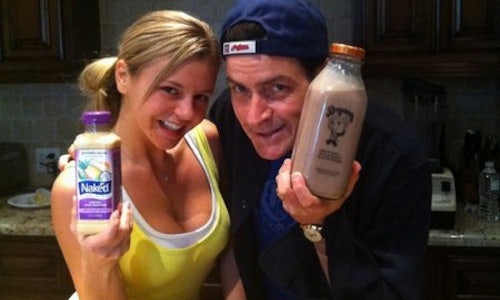 Finalist in Campaign for Television

Charlie Sheen was the fastest to one million followers. The highest paid for a single tweet. He invented the second most popular #hashtag (after #Egypt). @CharlieSheen was inescapable - a brand that permeated into every crease of the twittersphere and into every media outlet in the world. His foray into all things digital took the most public media meltdown in years - celebrated it - then reinvented him as degenerate megalomaniac into a personality that is currently aligned with Fiat, DirecTV, Hanes and other brands - not to mention an actor months away from a new 100 episode TV show on FX. Bob Maron, with zero experience as a Social Media Manager, shattered previous records and introduced #Tigerblood and #Winning into the international vernacular. He climbed @CharlieSheen to 7 million followers, consistently keeping Sheen relevant in the media. Charlie and Bob #won the internet in 2011. Social media reshaped Charlie Sheen in 2011, and @CharlieSheen redefined what can be accomplished through social media: - Fastest to one million followers ever. - Highest paid for a single tweet. - The second most popular #hashtag (after #Egypt). With a definitive initial tweet, Charlie burst onto the digital scene at the height of his public mania. @CharlieSheen's followers got a front row view into the psyche behind the man with #tigerblood and Adonis DNA. This online presence adapted its message to fit his personal needs and grew an active fan base, in which he interacted directly and shifted his demeanor into a "walk of tame" that at year's end had Sheen vacationing with family and gearing up for a new hit TV show. Tweets hyping his Comedy Central Roast led to the network's highest rated show ever, which was also the highest rated single TV show ever in Canada. Against his old #1 show and Twitter maven @aplusk, @CharlieSheen came out on top online. Ashton may have had 3 million+ more followers, but Charlie's tweets were viewed at a 2:1 pace. Megabrands such as Target and McDonalds touted stocking "Tigerblood" in their aisles and McWinning Value Meals -- his coined phrases were an international phenomenon, more heavily incorporated online than anything else in pop culture. Bob Maron, as social media manager, brought multiple #winning hashtags to grow the brand of Team Sheen. From friend and watch dealer to the most-influential one-man band of a manager, Maron took Charlie's potential rock stardom as an online personality and leveraged it in a way that resurrected a floundering career and led to a new major sitcom. His tact in launching the Twitter account set the tone for what was to come: crafting the initial tweet, assembling the right players, patiently waiting and growing anticipation - it's no miracle that @CharlieSheen broke one million followers in a day. Maron's premeditation and gut has continued to be essential to Charlie's publicity and perception in the media.

Charlie values social media as imperative and responsible for his new success -- he would love to accept any and all awards in person. 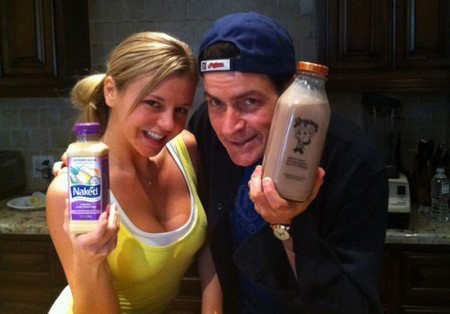