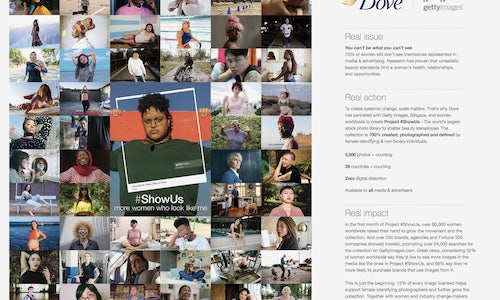 Worldwide, 70% of women — inclusive of all female-identifying and non-binary individuals — say they still don’t feel represented in media & advertising. Many images continue to impose unrealistic beauty standards that present a narrow view of who women are, what they should look like, and what they can/can’t achieve. Every day, women’s health, relationships, and opportunities are affected by these limitations, exclusions and stereotypes.

Project #ShowUs is a living case study for what happens when a brand forges alliances to create systemic change. It tackles the problem of female representation in media & advertising by inviting women alongside industry change-makers, to join forces to change how the world sees women.

Project #ShowUs is a sustainable initiative that has completely re-imagined how stock imagery is conceived, produced and distributed.

To overcome the cluttered ‘Femvertising’ space and reassert themselves as a leader in the beauty category, Dove established a new marketing model: SAY less, DO more. To put their point of view on beauty into action, Dove took aim to liberate all women from oppressive and limiting stereotypes. But media representation is a systemic issue that isn’t solved by a campaign. To truly broaden the way that all women are represented in media & advertising, Dove allied with like-minded organizations to take bold, decisive action. By showing more women as they truly are, we can improve the self-esteem and quality of life for all women everywhere, and they can show the world what’s possible.

By combining research on global equality movements and media representation, we discovered that 70% of women — inclusive of all female-identifying and non-binary individuals — still don’t see themselves represented in media & advertising. Furthermore, 6-in-10 women feel that more diverse and authentic depictions of women would increase their own beauty confidence and that of the next generation, too. Every day, women’s lives are affected by these limitations, exclusions and stereotypes.

Studies have proven that stereotypical media representations of women limit them in countless ways, from access to healthcare to opportunities in life. For instance, in the U.S., higher-weight women earn significantly less over a lifetime (~$200K), and women of color with natural or afro-centric hair are deemed unprofessional. Stereotypes also affect women’s ability to build intimate relationships: In China, women over the age of 25 are called ‘leftover’ and deemed unfit for marriage because they are no longer youthful. And across Asia and the South Pacific, women are discouraged from exposing their skin to the sun because darker skin is considered “ugly.”

But women worldwide are demanding change and accountability for how they are portrayed in media & advertising. Project #ShowUs aims to tackle the representation of women at a global level by breaking the stereotypes that most affect them at a local level. Because the nuances of exactly who and how women are marginalized varies based on local values. We conducted market-specific research across 39 different countries to determine each country’s beauty ideal, who is represented in media, who is marginalized and why. The result was a data-informed approach to break stereotypical portrayals of women in ways most authentic to their own personal experience.

By partnering with women locally to create diverse and authentic images, and publicly distributing them on a globally-accessible platform, we can systematically dismantle oppressive stereotypes and expand how all women are represented.

Project #ShowUs is 18 months of deep partnership by Dove, Getty Images, and Girlgaze. Together with Girlgaze’s globally diverse collective of female-identifying creatives, we hired 300+ local photographers and talent.

Project #ShowUs is the world’s largest stock photo library created by women — inclusive of all female-identifying and non-binary individuals — to shatter beauty stereotypes by showing women as they are, not as others believe they should be.

It features 5,000+ photographs of women from 39 countries. 100% created and photographed by women, with zero digital distortion. Available to all media & advertisers worldwide at GettyImages.com. And for the first time in stock photo history, every woman photographed has personally defined their own search tags, so they can be seen on their own terms.

But action without awareness makes little impact, Dove created a global campaign that was a call-to-arms for women to further grow the collection, and for our industry to use it. A campaign toolkit (films, print, OOH, social + events) was locally-adapted in 39 countries. And partnerships with media powerhouses ensured that Project #ShowUs images were used on an unprecedented scale.

Since then, 100,000+ women worldwide raised their hand to support the collection. 900+ companies in 40 countries have downloaded 7,500+ images from the collection. Project #ShowUs has garnered 100% positive sentiment. 62% of women believe #ShowUs images better represent how most women in their country look. 66% say they’re more likely to use/purchase brands that use #ShowUs images.

Project #ShowUs has inspired Getty Images to implement the groundbreaking self-defined photo tags across their entire platform. And increased women in their workforce by 35%. They’ve established grants to support future female-identifying photographers, committing to more diverse representation behind the lens. It also facilitated the launch of Girlgaze’s global jobs platform, and accounted for 116 jobs at gender parity for female-identifying photographers worldwide.

This is just the beginning. 10% of every image licensed supports women photographers and further grows the collection. Together with women and industry change-makers worldwide, Project #ShowUs aims to show all women as they are, so they can show the world what’s possible. 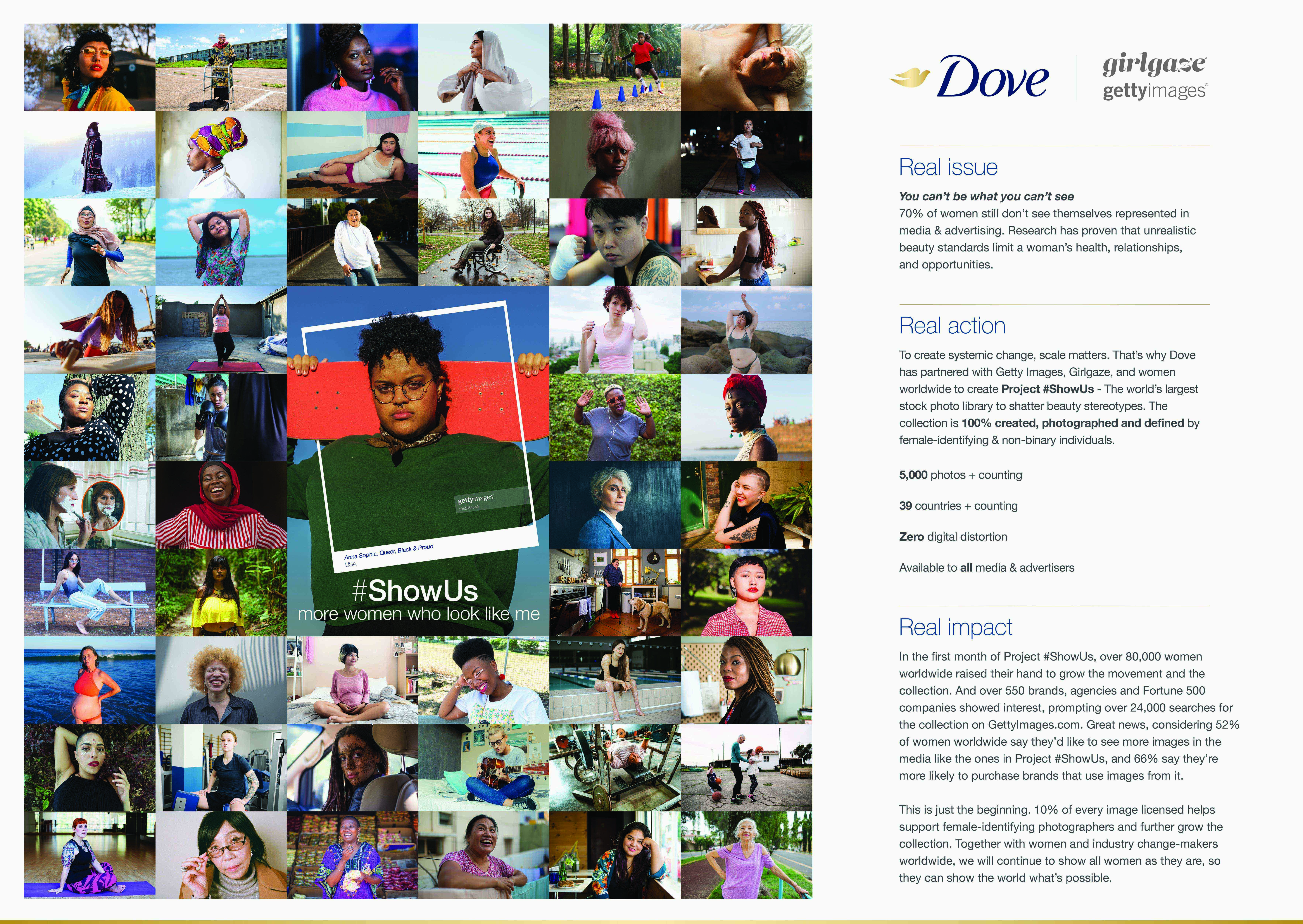 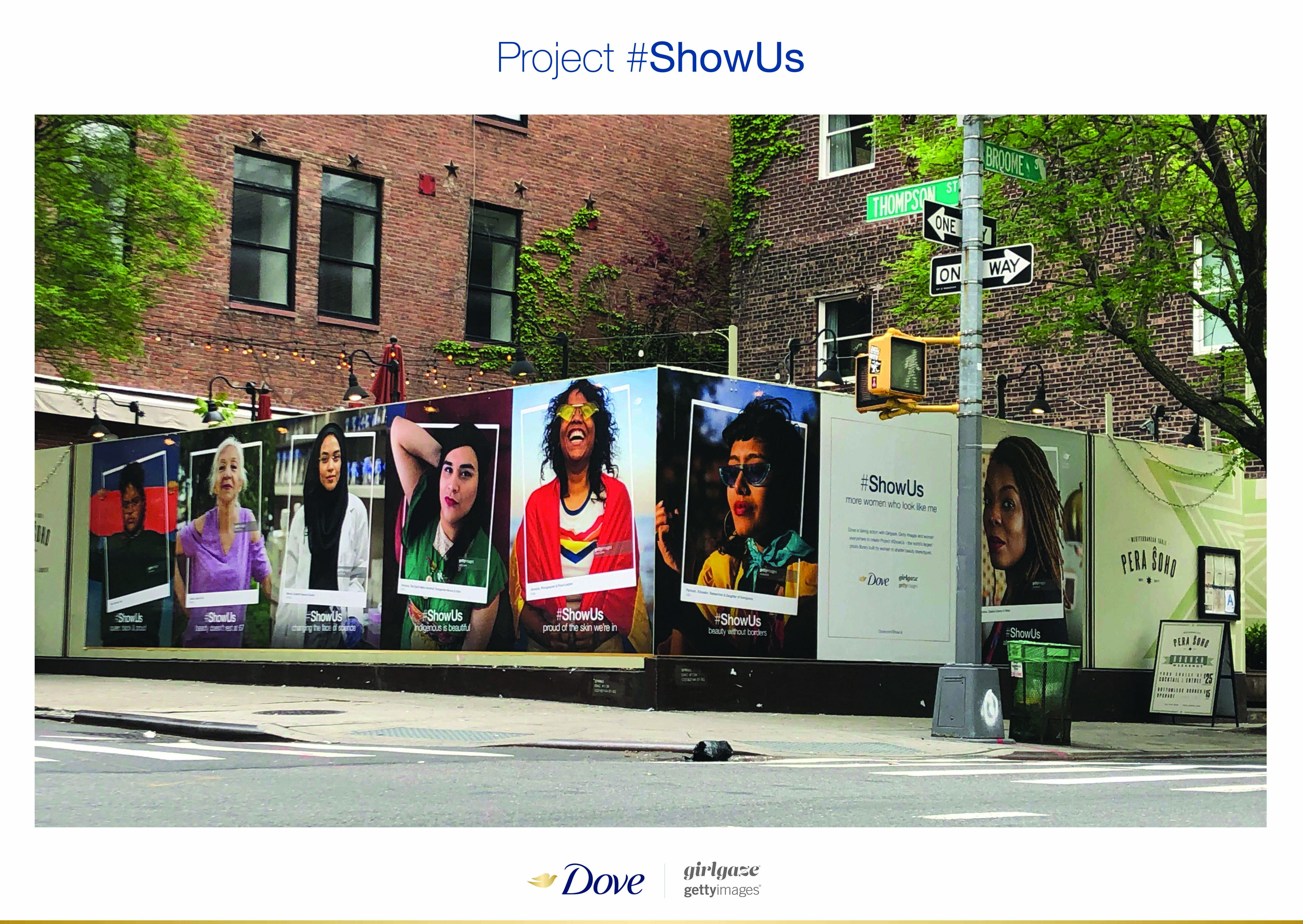 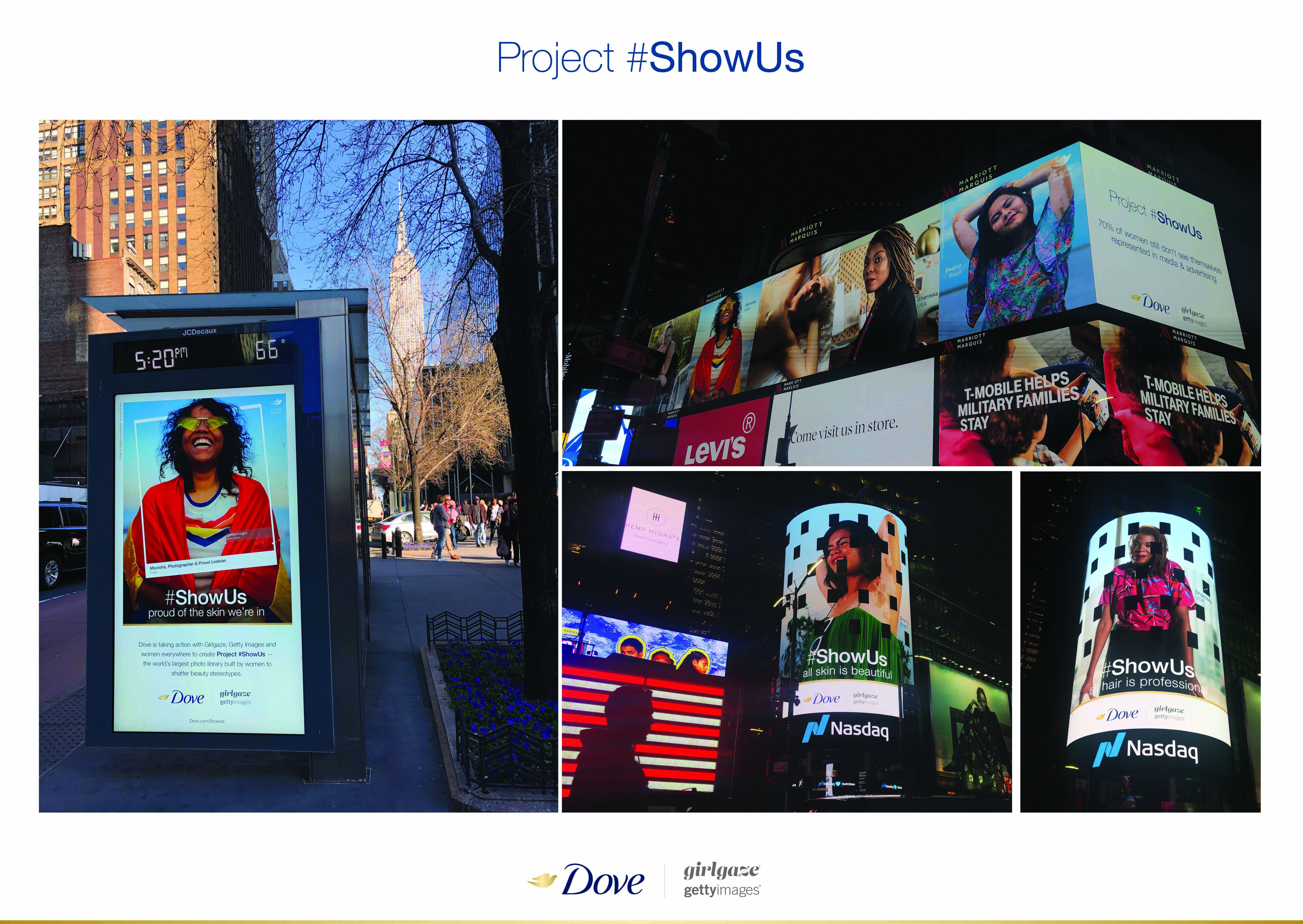 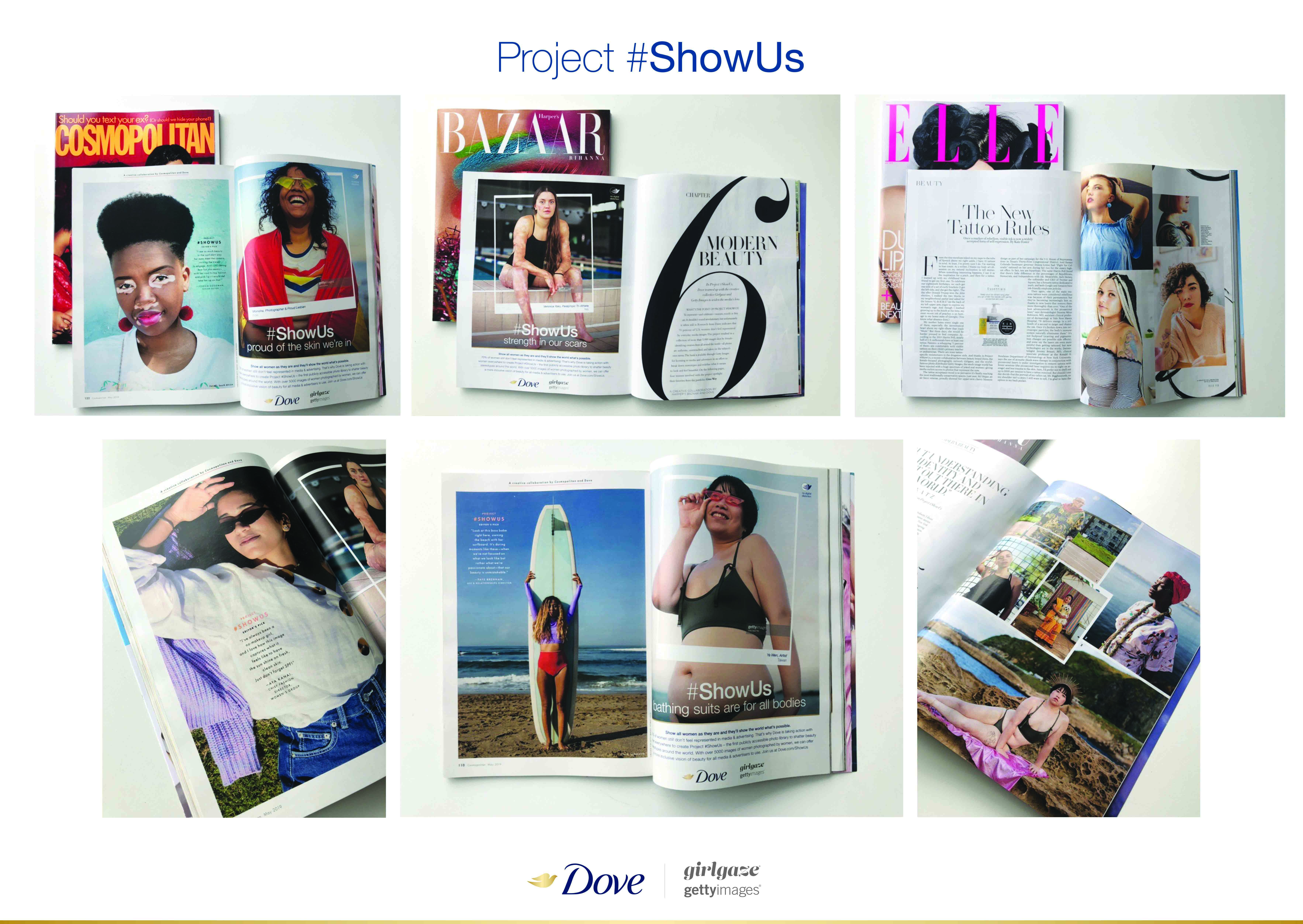 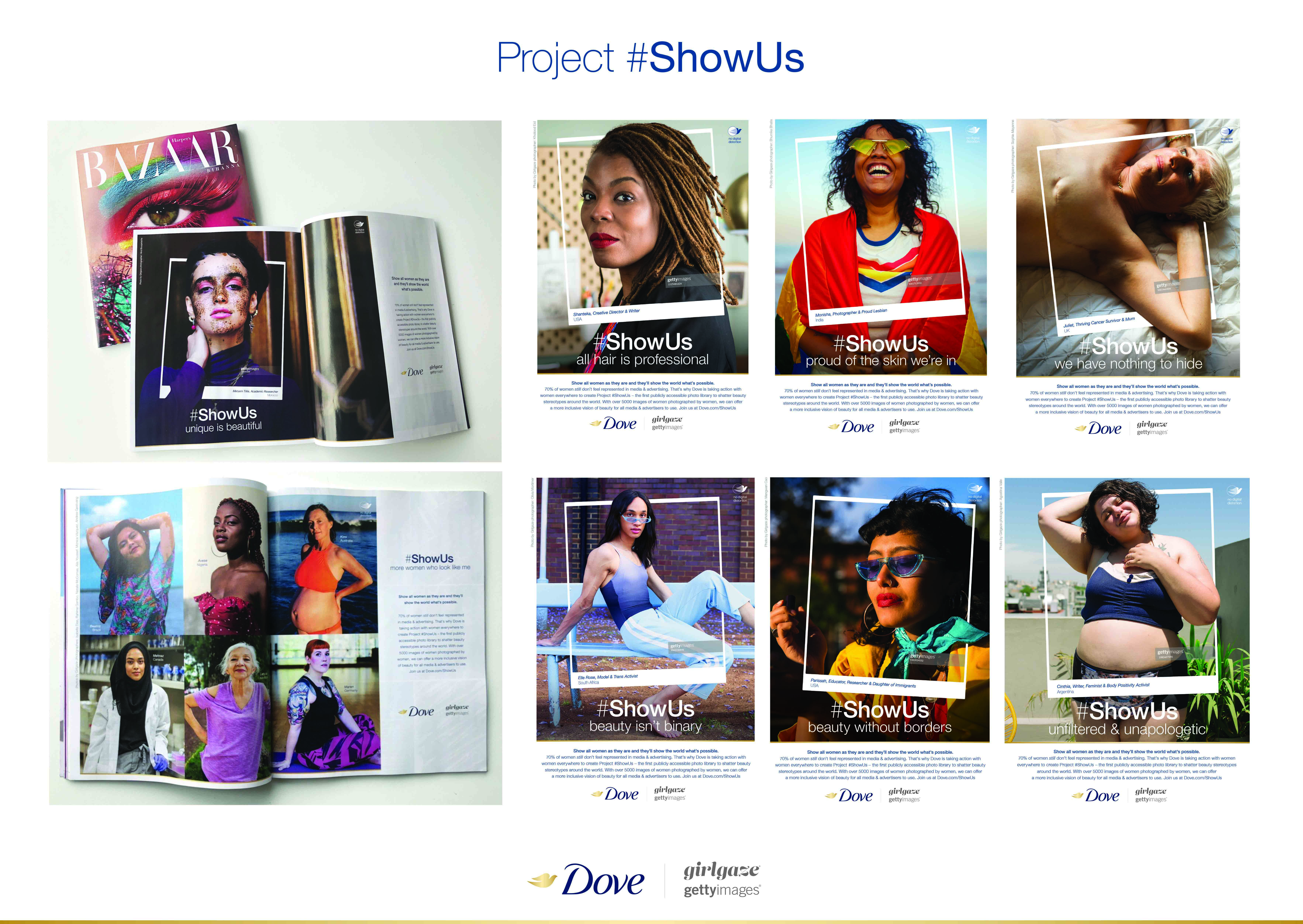