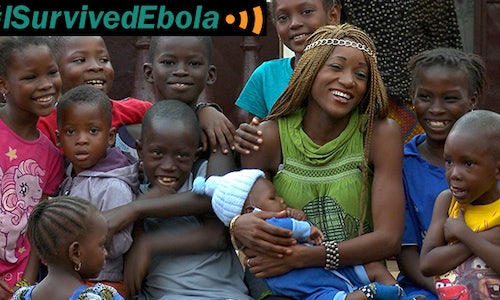 At the height of the Ebola outbreak, Vulcan Productions and PCI Media Impact launched #ISurvivedEbola, a multi-platform campaign comprised of 30 short films featuring individual Ebola survivors from Guinea, Liberia, and Sierra Leone who shared their powerful and personal stories to emphasize the key behaviors needed to tackle Ebola's spread and survival.

The #ISurvivedEbola campaign was developed to educate the public about the Ebola virus. It also took on the task of reducing stigma and promoting reintegration, shifting the local and international narrative from fear and despair to resilience and hope. The campaign leveraged the most powerful platforms available in Africa – television, radio, and social media – and placed survivor stories at the center of West Africa and international efforts to:

1. Inform and educate people about concrete behaviors that reduce transmission.

2. Reduce fear and dispel myths which were debilitating the region and slowing an effective response.

3. Encourage adoption of guidelines and recommendations facilitating prevention and care.

4. Help reintegrate survivors into their communities.

The campaign featured real-life survival stories that emphasized the key behaviors needed to fight the Ebola virus. The survivors' stories were emphasized because these individuals had generally been invisible in both print and social media before the campaign. Their absence provided a unique opportunity and niche through which survivors' dramatic and impressive stories could be shared in order to change the course of the epidemic. Ultimately, these men and women became advocates and evangelists in spreading awareness about disease prevention and survival.

The #ISurvivedEbola campaign leveraged the most powerful platforms available in Africa in order to reach the widest possible audience:

Radio: Radio hosts on over 50 stations received training to facilitate 15 one-hour call in shows and radio dramas in 12 languages that provided millions with accurate information, guidance of best practices, access to experts, knowledge of local resources and interpersonal communication with Ebola survivors.

Website: A platform was developed to host the survivor videos, update the public on campaign activities, and provide the means for a global audience to directly communicate with survivors.

Social Media: Facebook, Twitter and Instagram's international reach and ability to share messages, photo and video content made them the perfect platforms for engaging and educating audiences in West Africa who were directly affected by Ebola. In addition, the platforms connected international audiences with survivors in a personal and powerful way. Social media platforms were critical for facilitating dialogue about Ebola that resulted in learning and stigma reduction.

As a result of our unprecedented integrated platform approach, #ISurvivedEbola reached more people in West Africa during a crisis situation than any other media campaign in history. Nearly 50% of the total population in Liberia, Sierra Leone and Guinea is believed to have come into contact with the campaign through radio and television. An independent assessment showed that people exposed to the campaign were more likely to engage in lifesaving behaviors, and welcome survivors into their communities.

The survivors highlighted in the campaign became emissaries for an inclusive, non-discriminatory message that helped reintegrate other survivors into their communities.

The campaign was also groundbreaking in the way it highlighted the experience of Ebola survivors. Vulcan Productions and PCI Media Impact were the first to put a human face on Ebola survivorship and helped pave the way for survivors' wider social acceptance.

The #ISurvivedEbola campaign garnered significant coverage in high-profile news outlets worldwide resulting in over 370 news sources publishing elements of the press releases and 10 major articles in the West African press that uniquely covered the campaign. This press coverage, when combined with media coverage of the campaign through vehicles such as Facebook and Twitter, resulted in 380 million unique monthly visits to the campaign related sites. 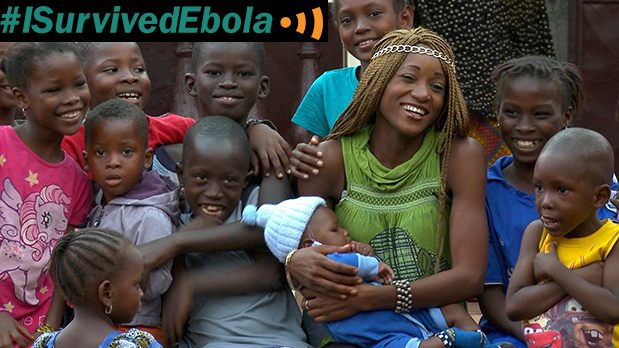