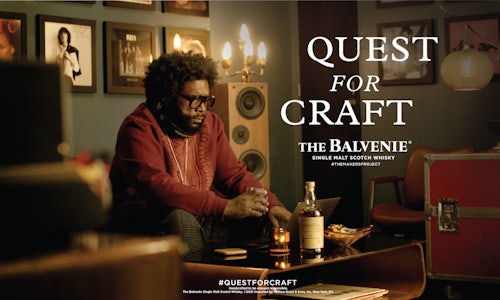 Awareness remains very low for the brand. The Balvenie’s prompted awareness is only at 25% which trails that of key competitors who range between 39-78%. Additionally, defining attributes to distinguish the brand are not salient with consumers within the category (premium single malt Scotch whisky) leading to lower conversion down the purchase funnel.

The objective of Quest for Craft is to drive impactful brand awareness and relevance with our “Aspiring Makers” consumer target as the most handcrafted of whisk(e)ys, laddering up to our vision to be the leading discerning luxury single malt whisky, and delivering on our brand promise of Ultimate Craftsmanship.

Awareness and relevance was to be measured by:

The Balvenie's vision is to be the leading discerning luxury single malt. To achieve this, we must facilitate continued discovery of The Balvenie, as we hero ultimate craftsmanship in everything that we do.

To deliver on this, we created Quest for Craft: a disquisitive new digital series exploring the convergence of craft and creativity in partnership with Questlove.

The Balvenie's communications platform is centered on the universal insight that it’s only when expertise is combined with heart, that we’re able to make things that are truly extraordinary. We believe that there are uniquely human attributes (passion, commitment, dedication, readiness to fail) that move great into exceptional, and are evident at every stage of the making process.

In the same way, Questlove has literally written the book on the subject of creativity with Creative Quest where he synthesizes the philosophies, lessons, and stories from the many diverse creators and collaborators in his life. Beyond that, the NYT bestselling author is also a Grammy Award winning musician, drummer, DJ, producer, culinary entrepreneur, director, composer, and a scholar of creativity who shares our against-the-grain willingness to immerse himself in the journey of ultimate craftsmanship.

Quest for Craft is ultimately founded upon our shared passion of the creative process  - be that whisky, music, food, literature or other fields…and is a platform that champions what it means to be committed to the never-ending pursuit of craft.

Throughout the series that is filmed in the iconic Electric Lady Studios, we explore modern creativity between the lines through compelling creators that pour their hearts into what they do as Questlove opens conversational passageways to their creative processes, inspirations and aspirations over four compelling episodes. Each episode also includes films, animations and other cinematic rabbit holes undertaken in search of answers that illuminate the journey of ultimate craftsmanship and tie back to the brand’s journey on each episode’s topic.

Episode 1: Questlove is joined by Saturday Night Live comedian, actor, and writer Michael Che. Together, they discuss how to infuse purposeful levels of chaos into their careers, how it can push you to a new level of creativity and how it can be a key factor in honing your craft.

Episode 2:  Questlove is joined by legendary GRAMMY Award-winning music producer Jimmy Jam to examine the role of community. With a prolific career crafting #1 hits for some of the biggest names in music, Jimmy Jam knows just how instrumental community is to one’s creative journey.

Episode 3: Questlove is joined by one of the most influential fixtures of the punk rock movement of the 1970s - the Godmother of Punk - singer-song writer, poet, author, and visual artist Patti Smith. Together, they explore the topic of time as it relates to creative evolution.

Episode 4: Questlove is joined by NYT best-selling author, public speaker, and award-winning journalist, Malcolm Gladwell who is widely known for his 10,000 hours theory. Together, they discuss the importance of practice and the necessity of discomfort in creative growth.

Video for Quest For Craft 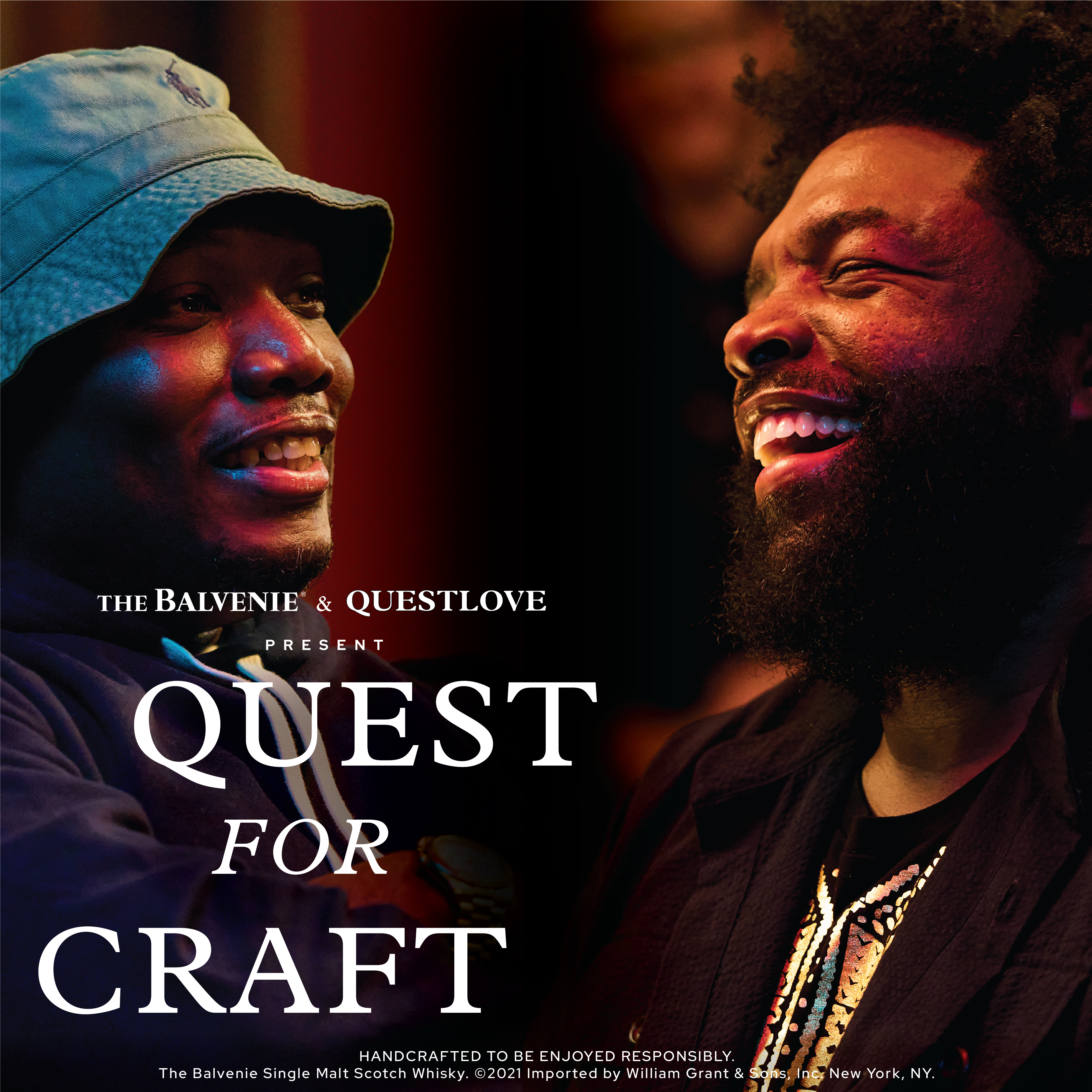 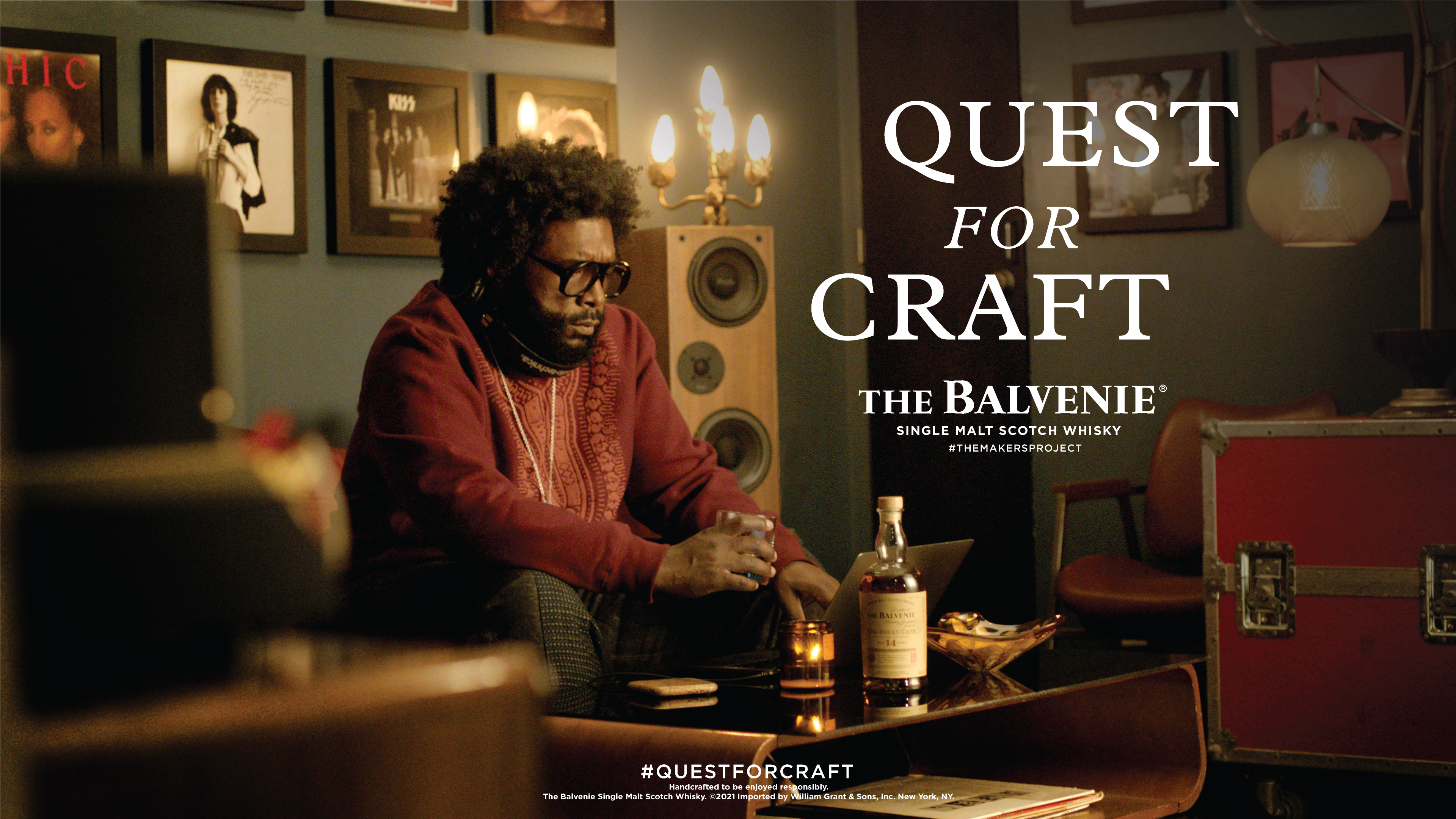 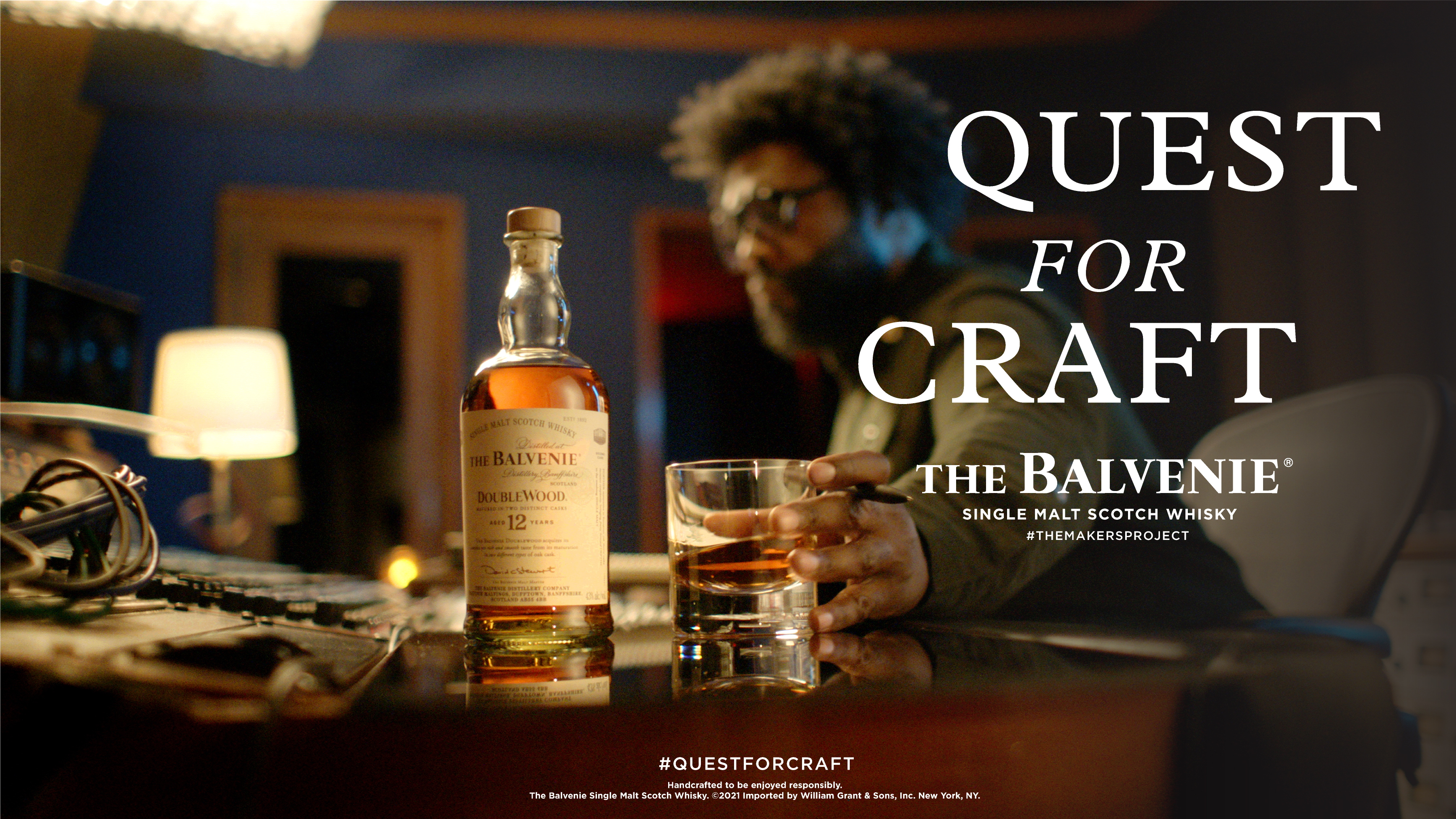 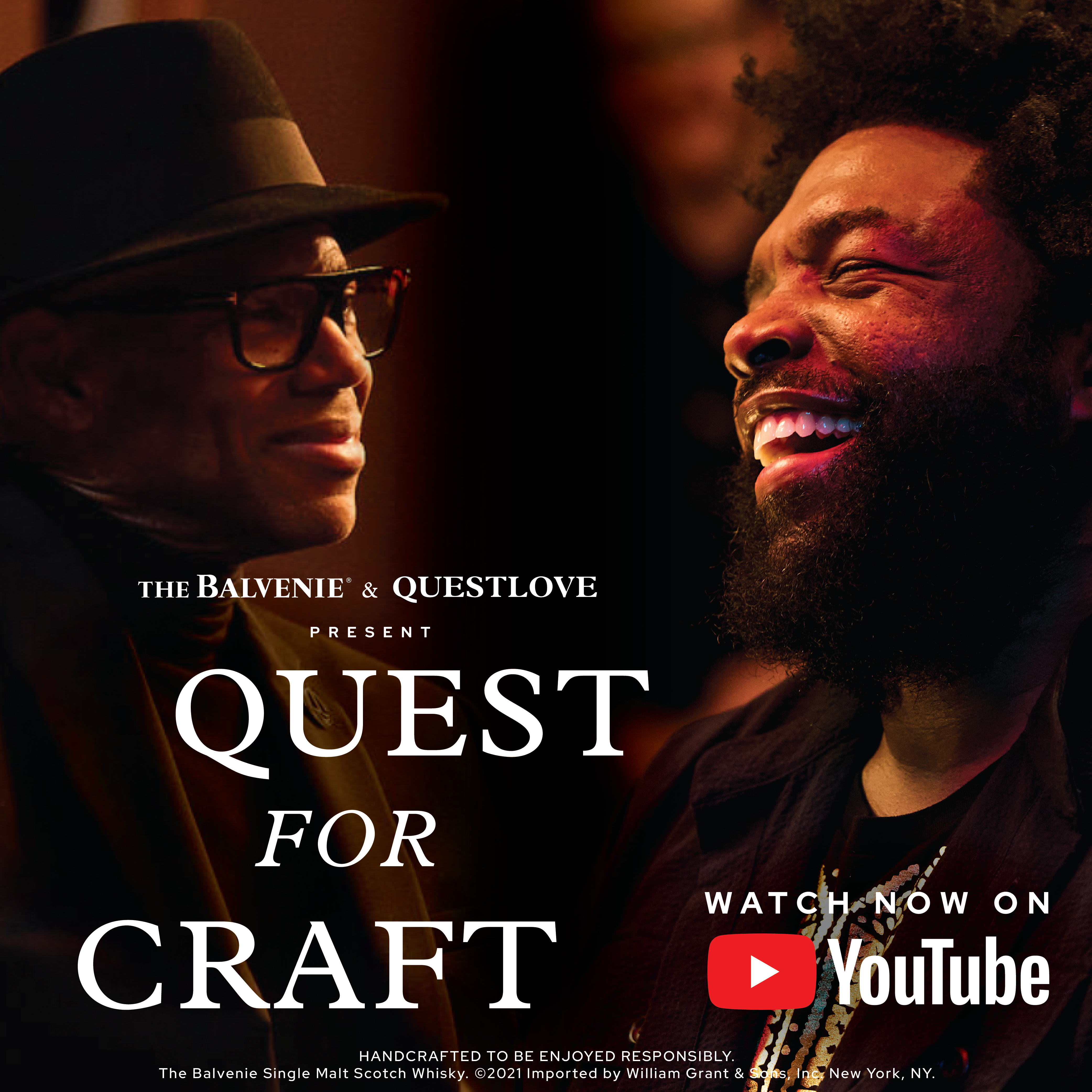 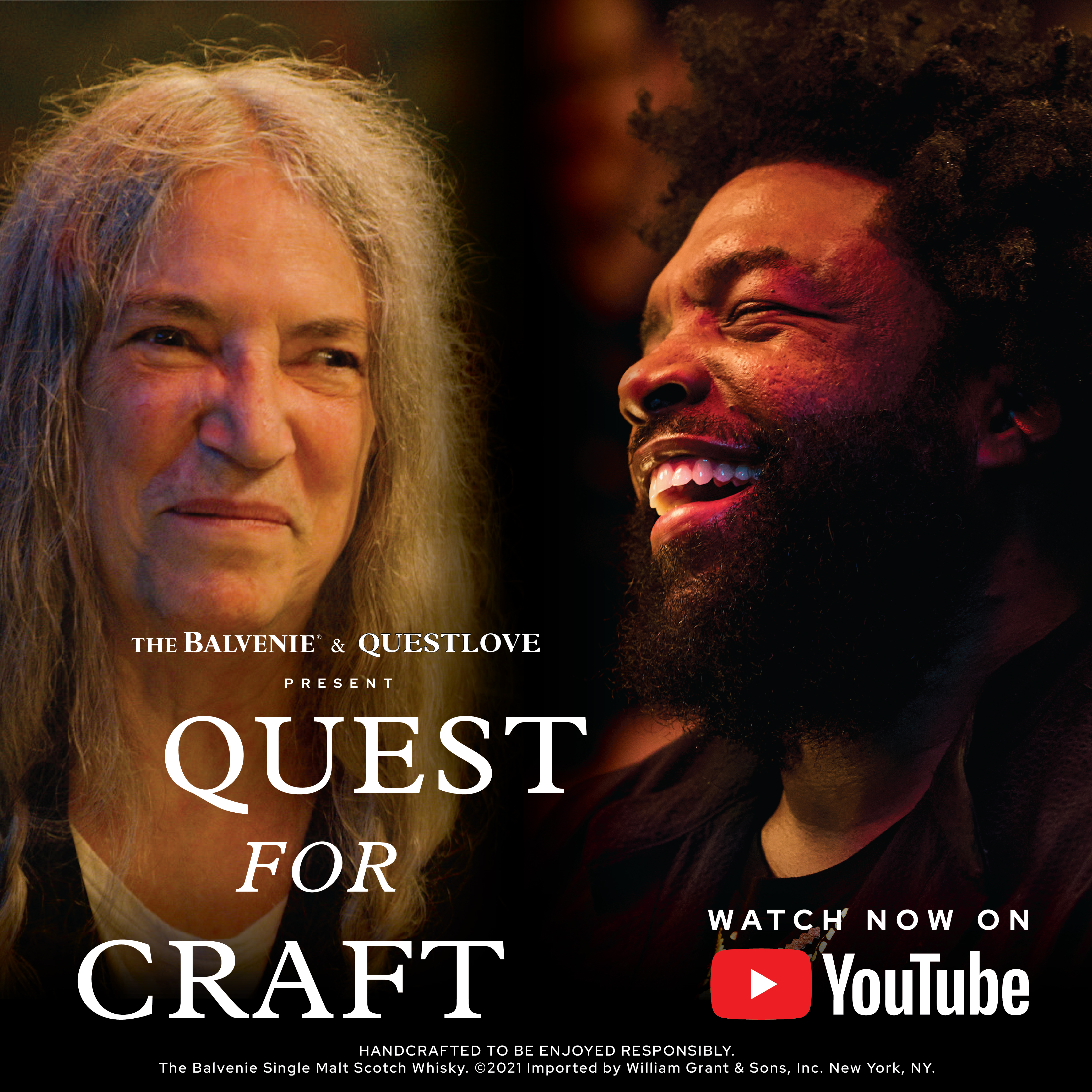 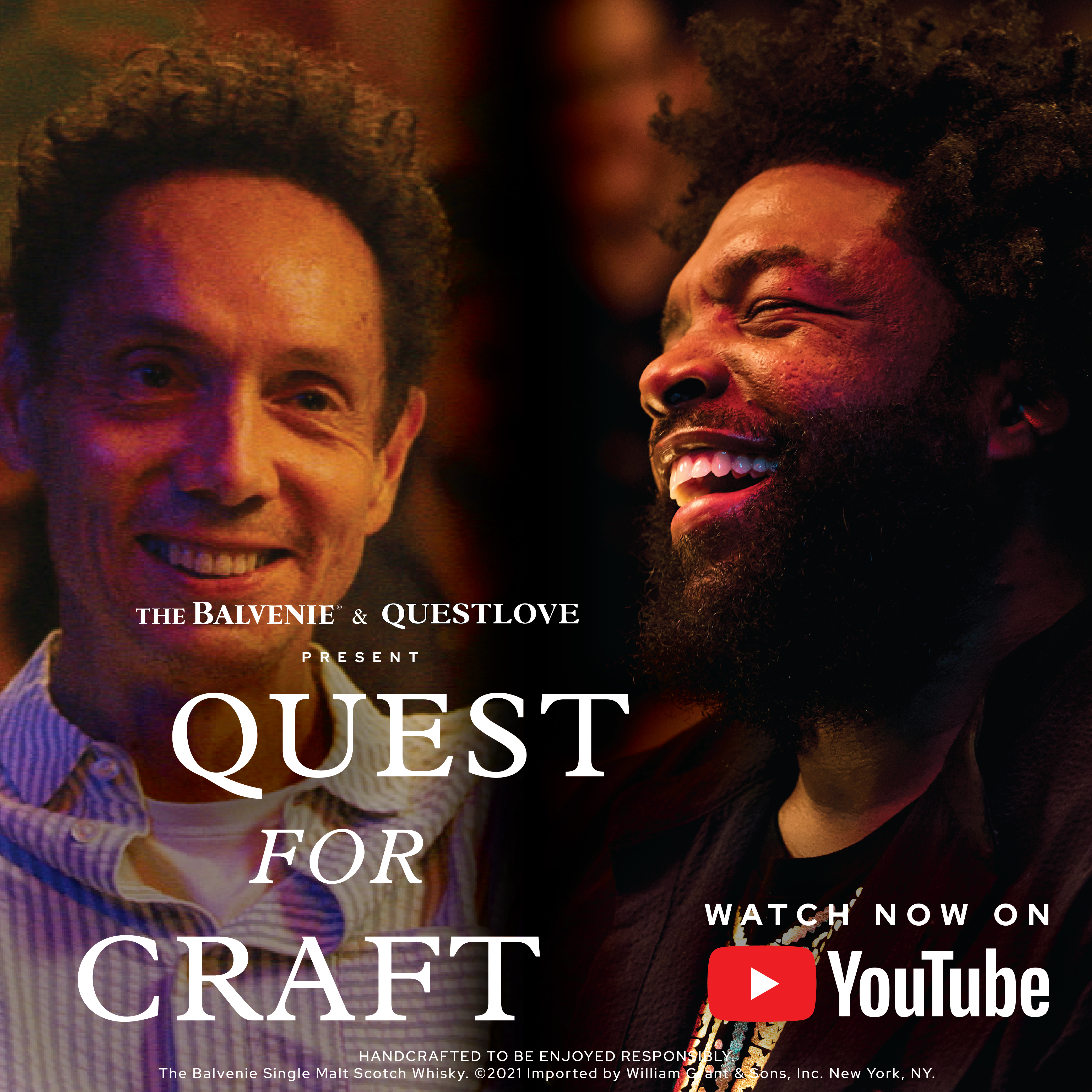 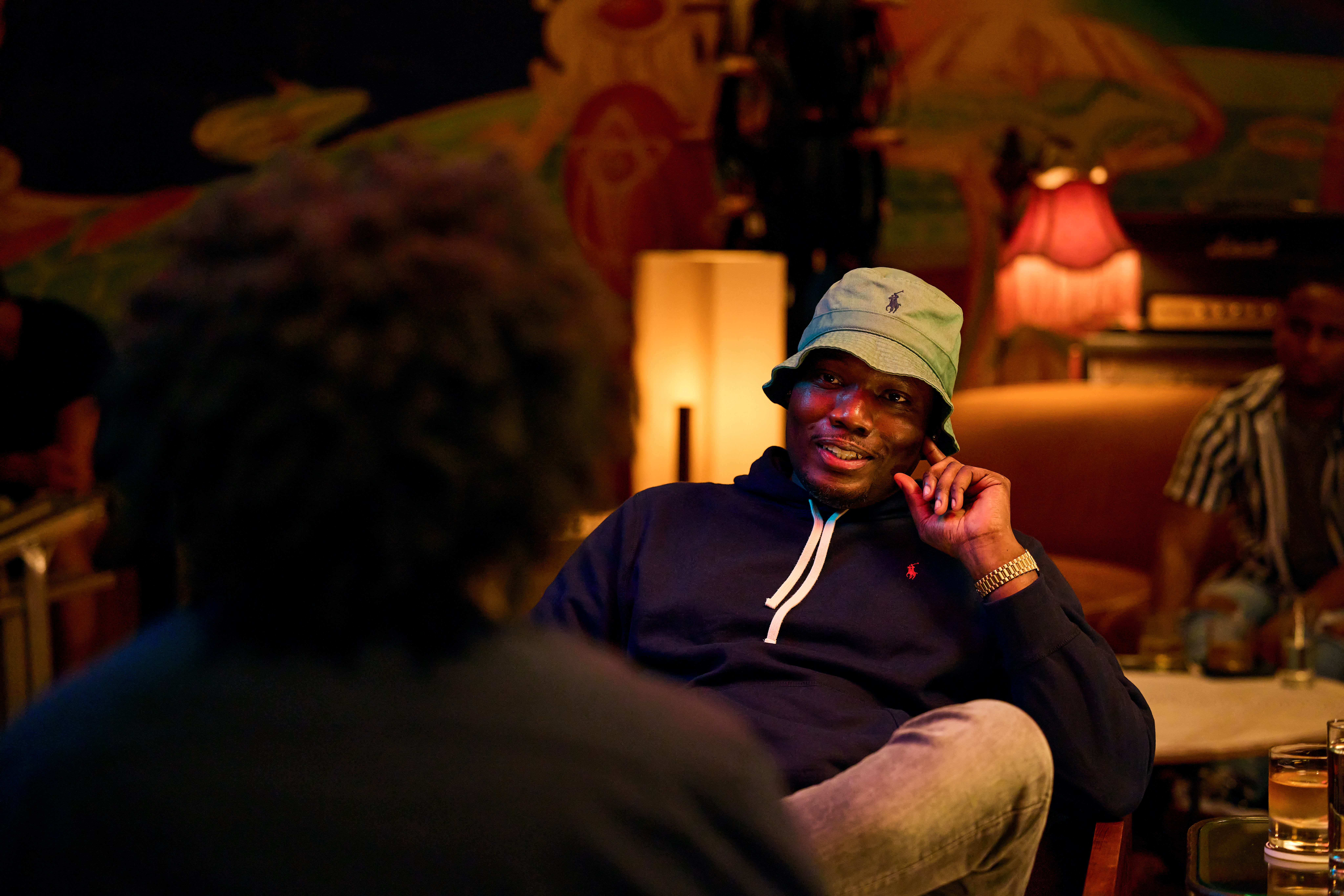 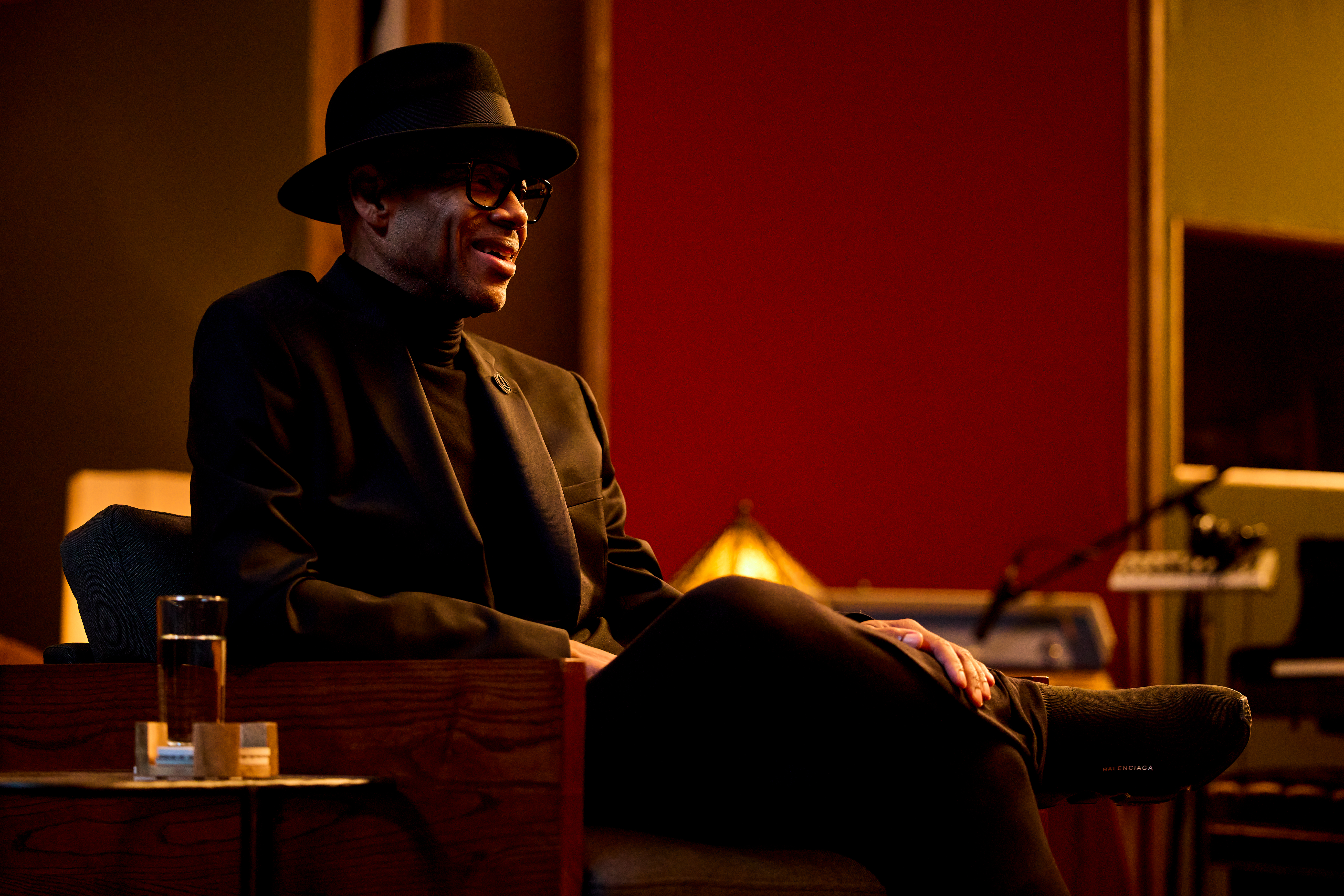 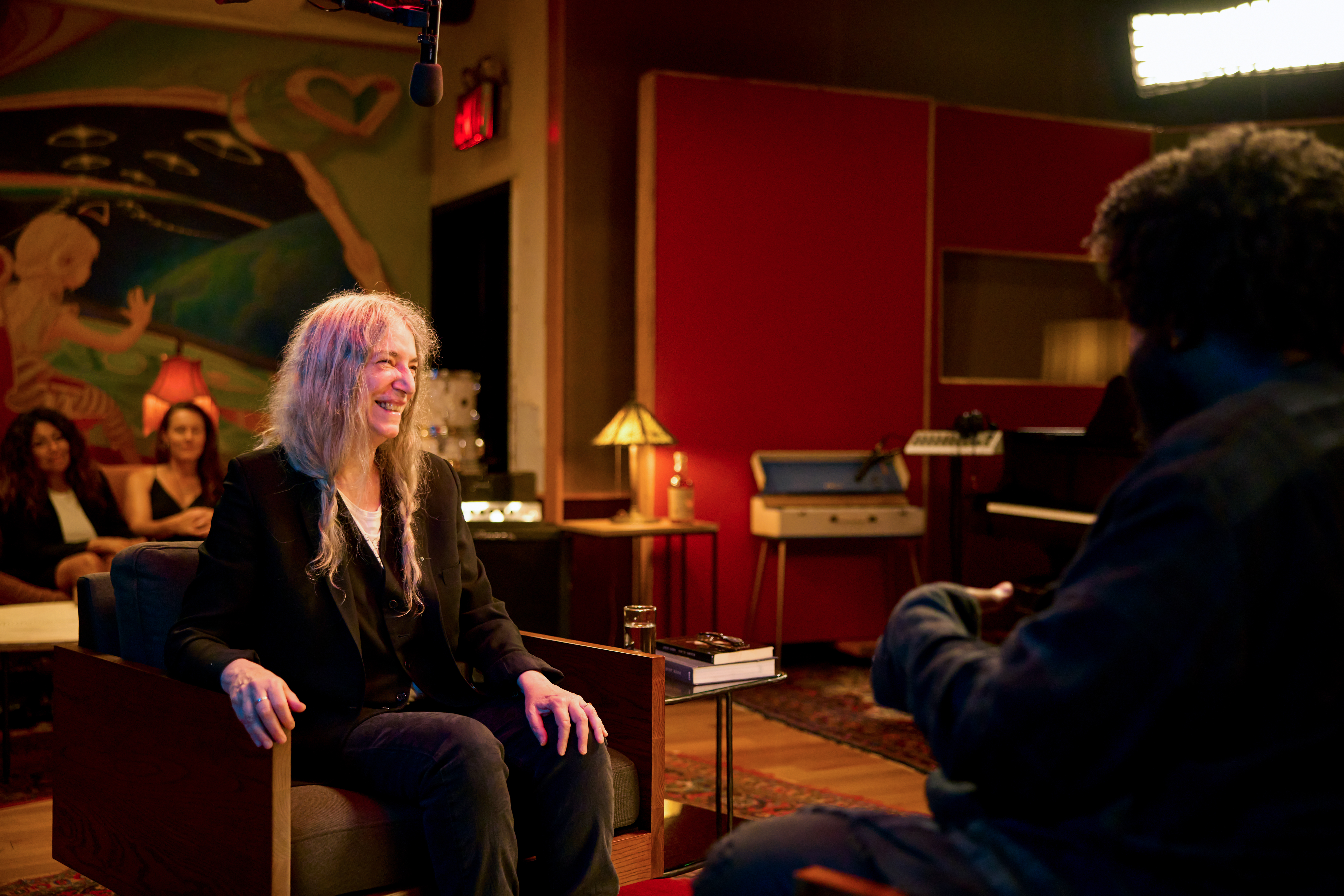 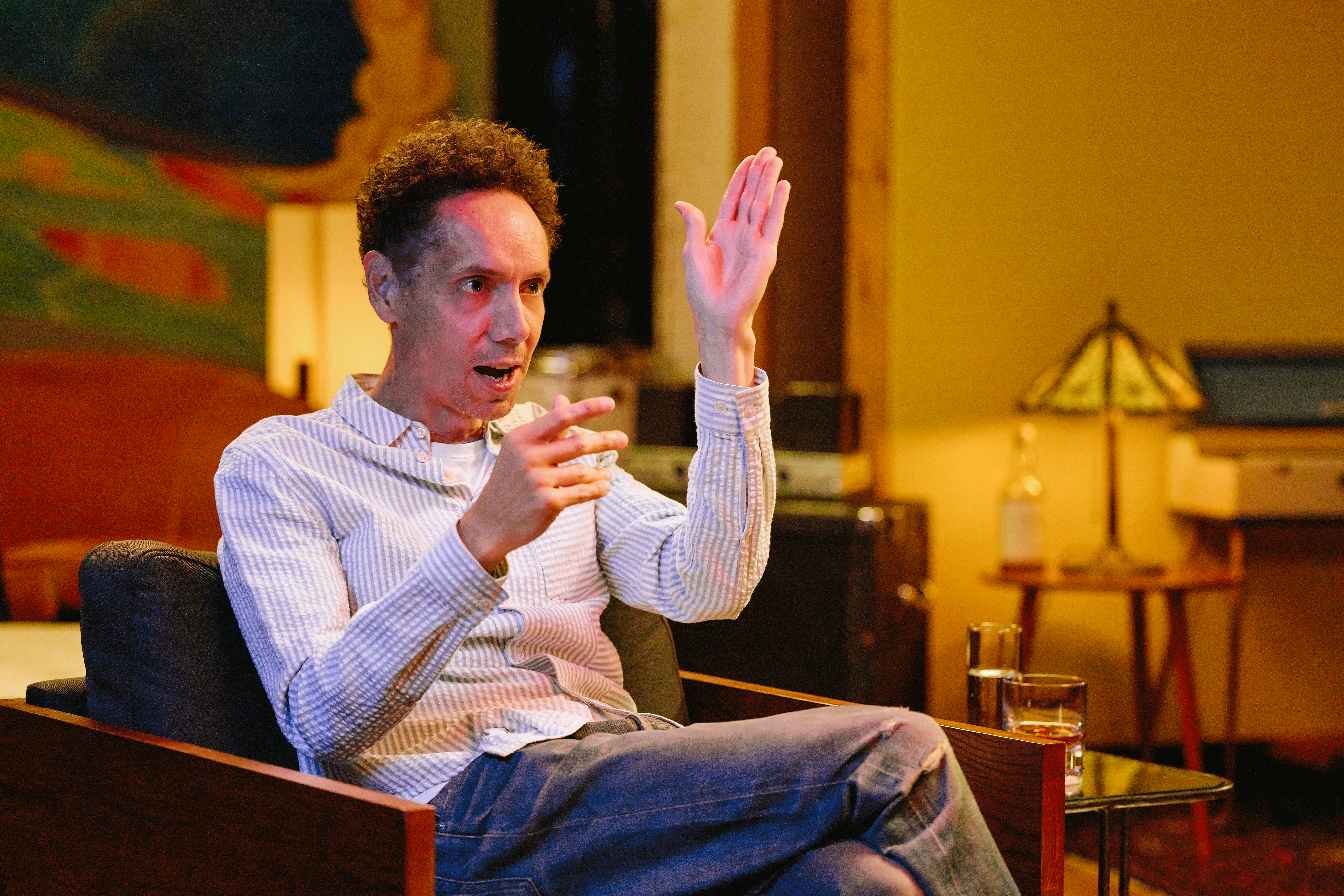