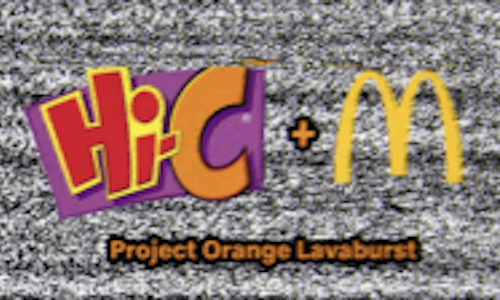 Everyone knows the brand, but until recently, few cared to engage with @mcdonalds online. Much smaller competitors were winning the hearts and minds of fans while McDonald's lagged in standard social media metrics such as followers and engagement rates.

That needed to change.

So we took on the challenge of creating a "Social Renaissance" – pivoting McDonald’s from a venerable classic brand to a modern cultural icon by creating more relevant content to entertain audiences and remind them on a daily basis just how deeply McDonald's is a beloved part of American life.

Strategy: More than any other brand, McDonald's belongs to its community. They have their own rituals, habits, and behaviors. To elevate @mcdonalds to its rightful position as the leading QSR brand on social, we needed to tap into the power of that community, by celebrating all the little inside jokes that millions of Americans understand.

Implementation: To get there, we needed to do a few things:

1. Replace the expected product messaging and saccharine tone of voice with the more relatable persona of a real, human, McDonald's superfan.

2. Complement campaign flights with a daily stream of relatable, fan-centric comedy that's native to the platforms.

So we built a team to do that, from scratch: Bodega, Wieden+Kennedy New York's social-first creative studio.

Key features: Instead of using the same advertising creatives who develop promotional campaigns, we staffed Bodega with Extremely Online comedy writers, improv actors, illustrators, video creators, and even music producers. The whole group works together every day to cross trending topics with the inside truths about the world of McDonald's into entertainment people want to share in their group chats.

The first breakthrough came from a tweet about the famously *temperamental* soft-serve machines; the kind of self-deprecation that few brands would traditionally go anywhere near. The response was undeniable – people appreciated that we weren't pushing corporate messaging into their newsfeeds, but were actually a group of fans ourselves, joking about a glaring truth every customer knows and being unafraid to laugh at ourselves. The tweet smashed @mcdonalds' engagement records at the time (before we smashed them some more).

Applying this strategy to campaign content, we seamlessly engaged our partners' fans by becoming fans ourselves—from leaning into Mariah Carey’s “diva” status with an exaggerated version of her “demanding rider,” to hosting a Twitter sing-along for BTS fans, and working with Saweetie to make her the “Big Mac Mama.”

Always centering the fans, the Community Manager has even gone to bat for their favorite bygone menu items. To announce the return of Hi-C Orange Lavaburst, we created a 90s-inspired pitch deck the CM would use to convince “The Boss" to bring it back, and shared it on Twitter, asking fans for feedback in the collaborative Google Slides file. Later, the CM returned from their presentation to tweet the good news: “The Boss” went for it, and the beloved beverage was back. The result was massive engagement (~154K likes, 17.8M impressions) which landed us the #3 trending topic on Twitter – all organically.

And when TikToker @emilyszugay went viral for her lo-fi brand redesigns, we leaned in fully, adopting her "mcdOalds" rebrand across all social accounts.

Whether it's an Instagram about a hot topic like our Monolith, Suez Canal, and Landing on Mars posts, or a nostalgic tweet about your last Happy Meal, Bodega consistently turns out everyday humor on McDonald’s Twitter and Instagram that is culturally relevant, platform-native, and rooted in the IRL fan experience—something that’s still challenging for most advertisers to achieve.

In one year, we’ve helped McDonald’s win ‘Best Brand Presence’ at Twitter’s 2021 ‘Best of’ awards, grown its Twitter following by nearly 19% (3.6M to 4.3M), its Instagram by more than 11% (3.7M to 4.1M), and even launched its TikTok, which has now accumulated 1.9M followers and earns about 1M views per month. McDonald’s is now the fastest growing QSR brand on TikTok, and the QSR leader in per-post engagement on Twitter and Instagram. 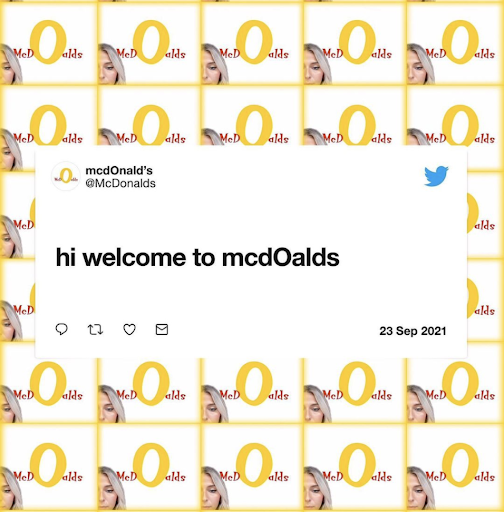