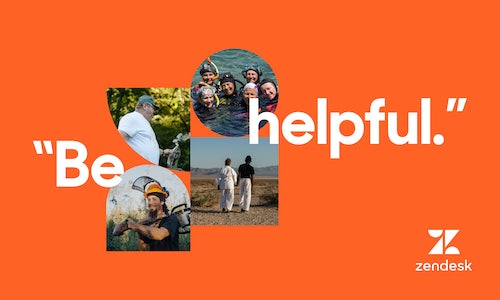 As a customer support company, everything Zendesk does — from how they build their customer experience software to the way they work with each other — is all about being helpful. It’s the spirit they believe in. ‘Stories about helpful people’ is a series of mini-documentaries and photo stories. It’s a series intended to inspire the Zendesk community to rally around the spirit of helpfulness – internally, as companies around the world tackle the issue of creating community and belonging while we transition from in-office staff to remote, and across customers, partners and the whole customer experience industry.

The series is a new twist on a longstanding Zendesk brand story. As the company has matured, so has the way they model and communicate their company culture. In addition to product-focused content, they needed to share content that recaptures the attitudes and values that stand behind the product and the people who make it.

The series is anchored by a website which first introduces the concept, why being helpful is important, and then allows visitors to explore each story. The mini-documentaries are embedded within their own individual page, which also includes a long-form article about the same subject. It allows the audience to explore content at their own pace, and promotes discovery of further stories within the series.

The articles are inspired by magazine and editorial design, with a system of dynamic content blocks that can be pieced together to create each longform story within the back-end of the site. Stories include ‘Eric and the Bees’, a documentary about a veteran who teaches beekeeping as a form of treatment for PTSD, ‘Golden Age Karate’, a documentary a high school student helps a group of senior citizens get through a vulnerable time — by teaching them karate; a forestry group who give training and employment to formerly incarcerated people; and a team of snorkeling seniors who help a local marine biologist to maintain the health of the local reef.

These aren’t your typical support stories, but instead, a little bit of inspiration, in the form of people who heed the call to help in surprising ways. The series is activated on social with cut-downs and BTS footage to engage the broader company audience – and both internal and external activations with the subjects of the stories. Whole films are also embedded natively.

About Eric and the Bees:
When Eric Grandon discovered beekeeping, he had no idea that the bees would give him the power to transform both his own life, and the lives of many others. After serving 20 years in the U.S. military, Eric retired to his family farm in West Virginia, but he was haunted by his experiences in combat. After a particularly harrowing flashback, he was diagnosed with PTSD.

Finding himself suddenly at peace, Eric knew he had to help others. The short film follows his journey, now inviting other veterans and first-line responders to his farm so they can experience the healing powers of beekeeping, exploring a sobering topic before ending on notes of hope and selflessness.

About Golden Age Karate:
Inducted into the USA Martial Arts Hall of Fame at 10 years old, Jeff Wall is a teenage karate pro. But that’s not even his greatest achievement. Best friends with his grandparents, Jeff wanted to pass along his passion for the dojo to a community he felt needed it most — senior citizens. He began teaching seniors self-defense at a local nursing home, giving them tools to feel in control, connected and cared for.

In “Golden Age Karate,” Jeffery and his mother Valerie show us that there’s no age too young to help — or too old to kick butt. Made in a mixed-media format to help navigate the issues of safely working with seniors through the pandemic, the short film explores how you can use one’s particular talents in unexpected ways to bring good to the world.

‘Stories about helpful people’ has been met with overwhelming positivity internally as a driving force of spirit and company culture – and externally in the wider Zendesk community.

‘Golden Age Karate’ was featured as Staff Pick Premiere on Vimeo and was watched 50k times organically through the platform in the first 5 days alone, and is one of the top performing films on the company’s IGTV channel.

On a human level, following the release of ‘Eric and the Bees’, Eric has been inundated with notes of gratitude from veterans suffering similar issues, noting watching the short film has changed their life and given them the opportunity to change their mindset and tackle their PTSD through activities such as beekeeping. 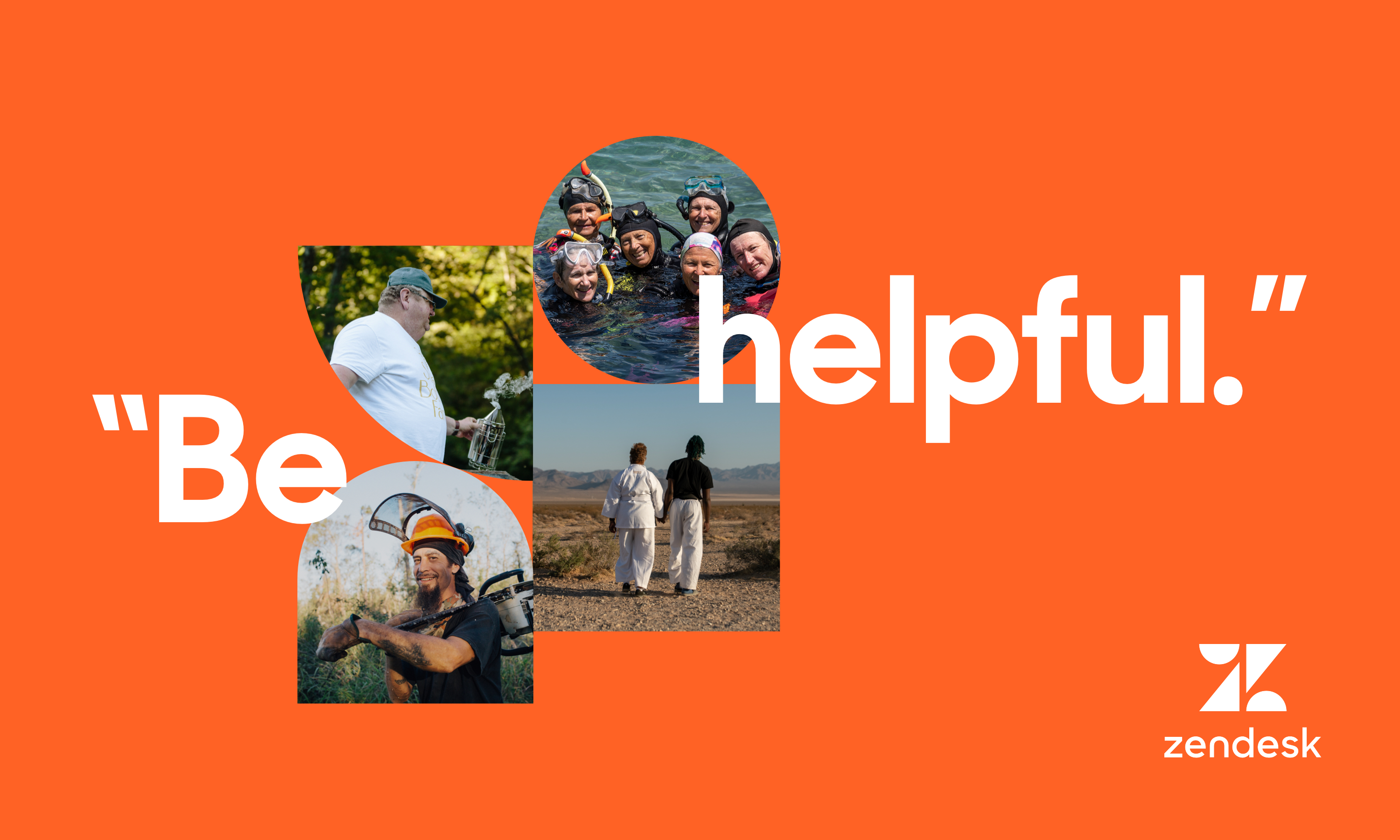 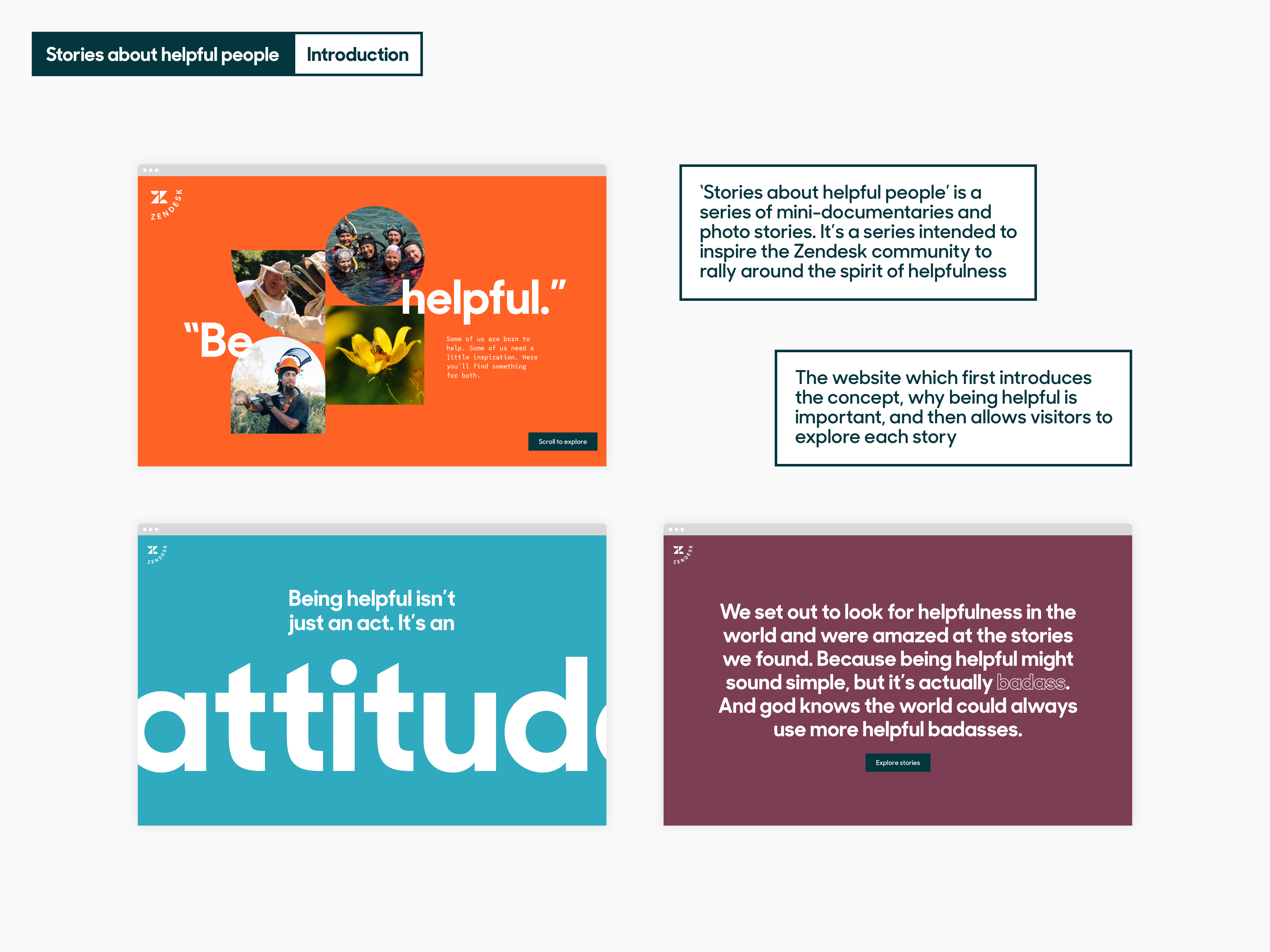 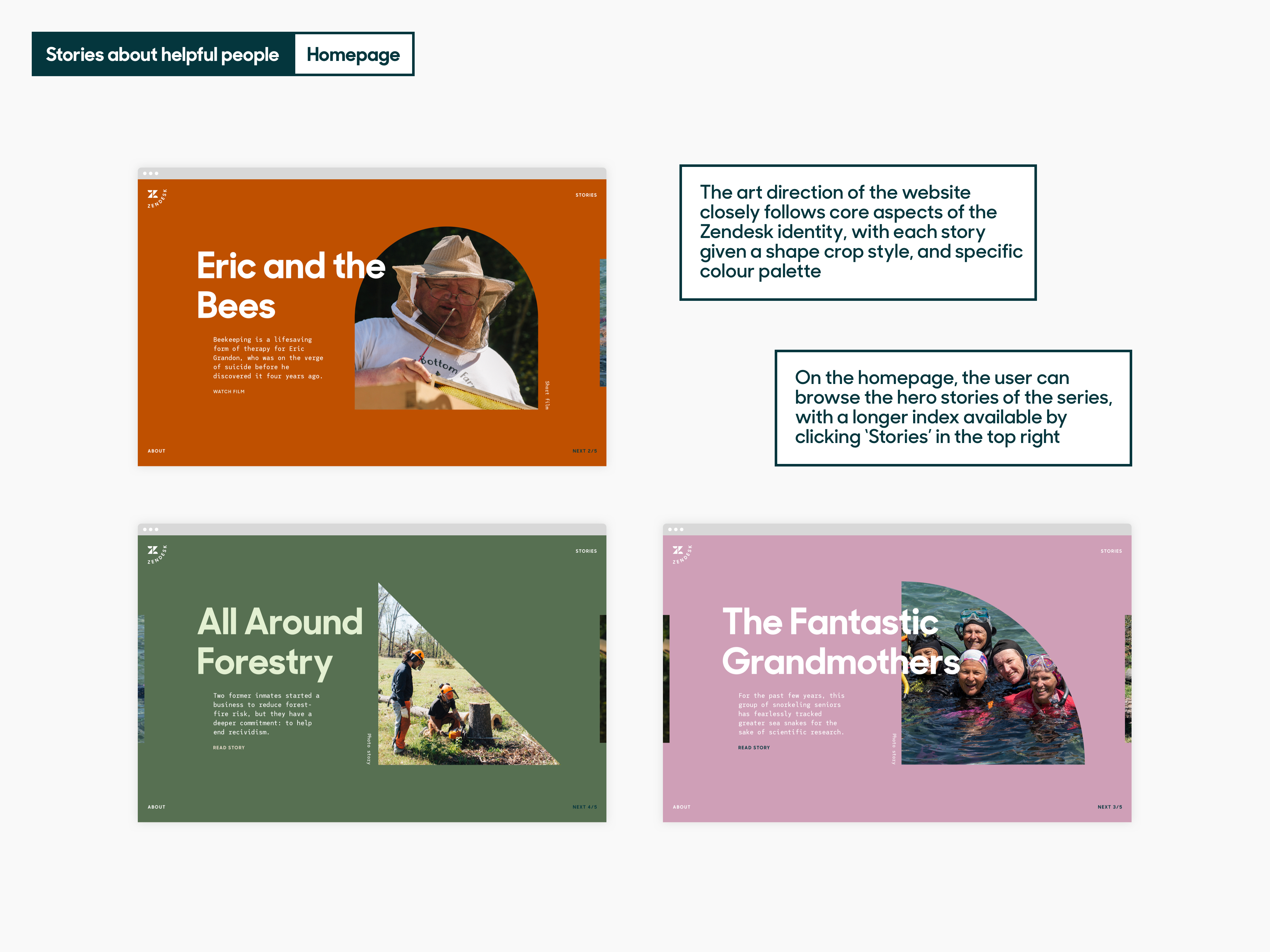 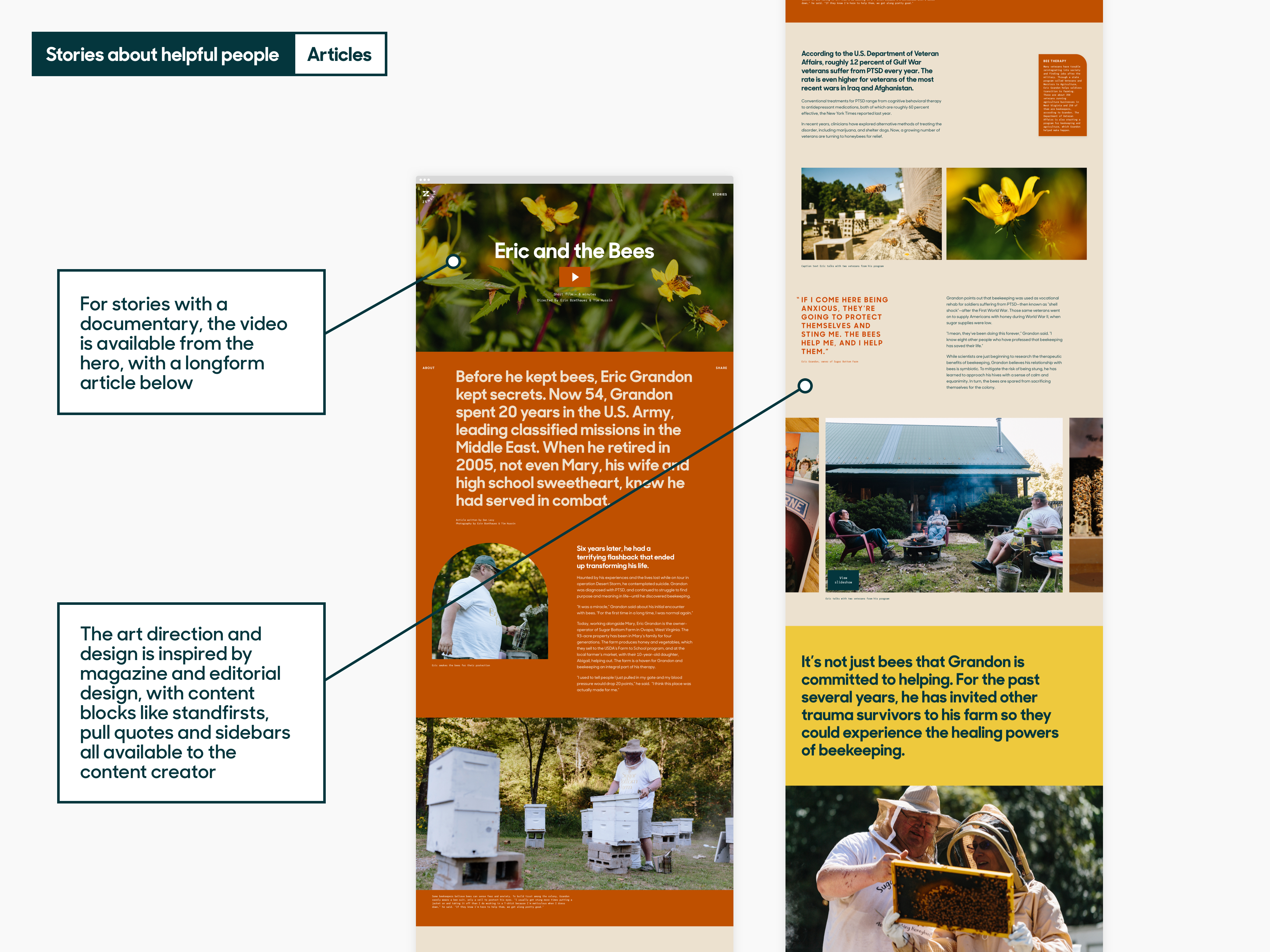 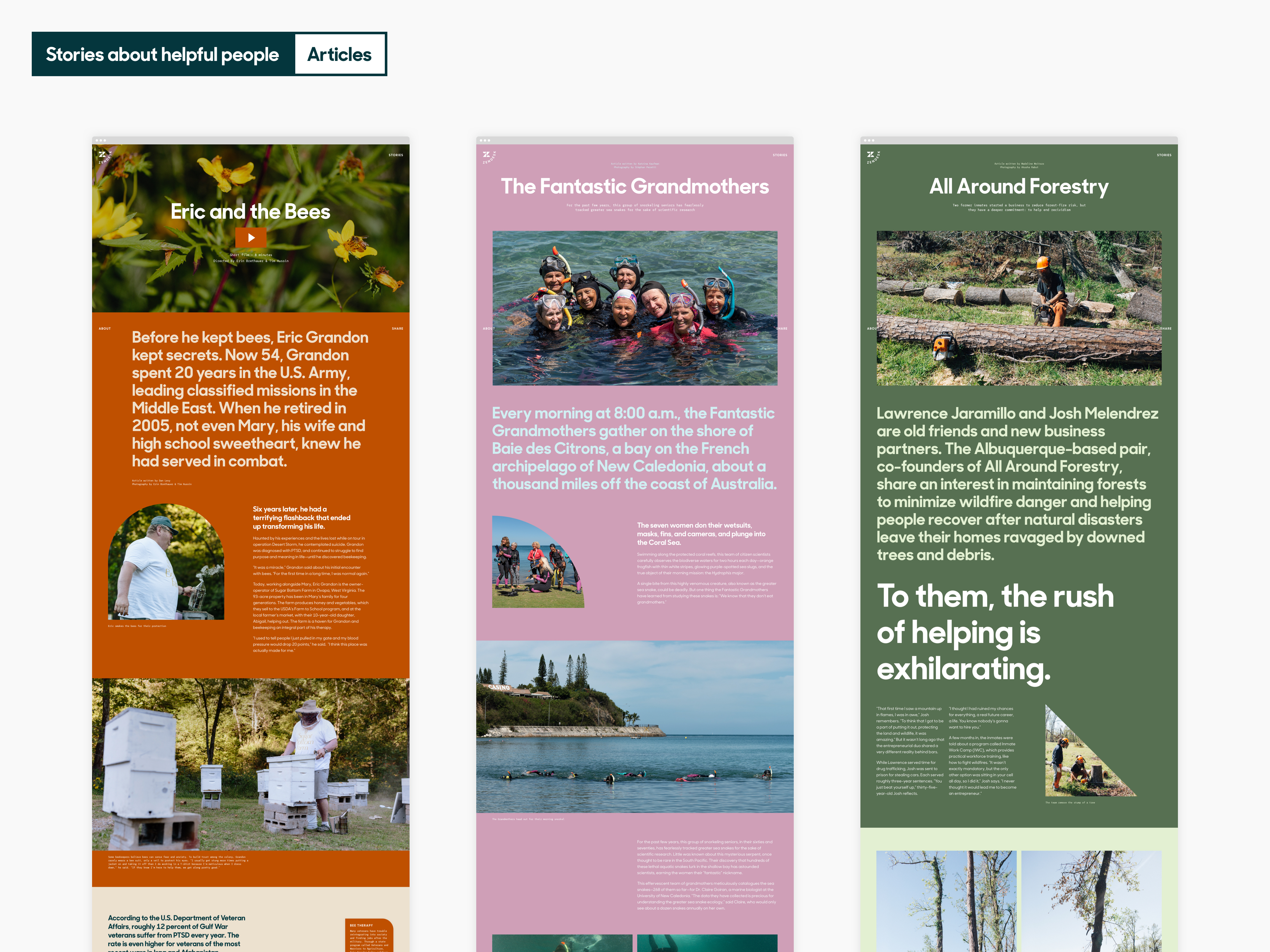 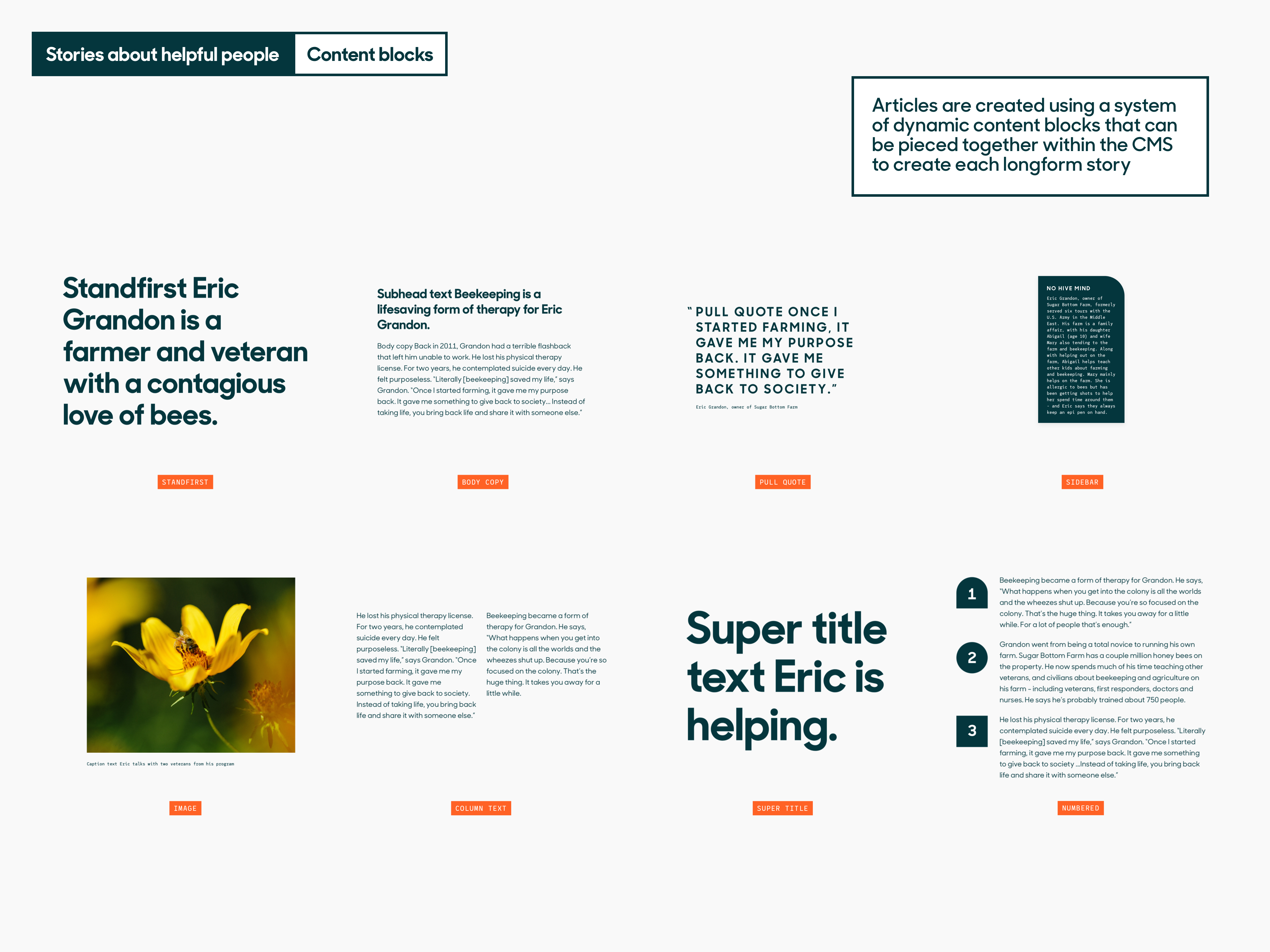 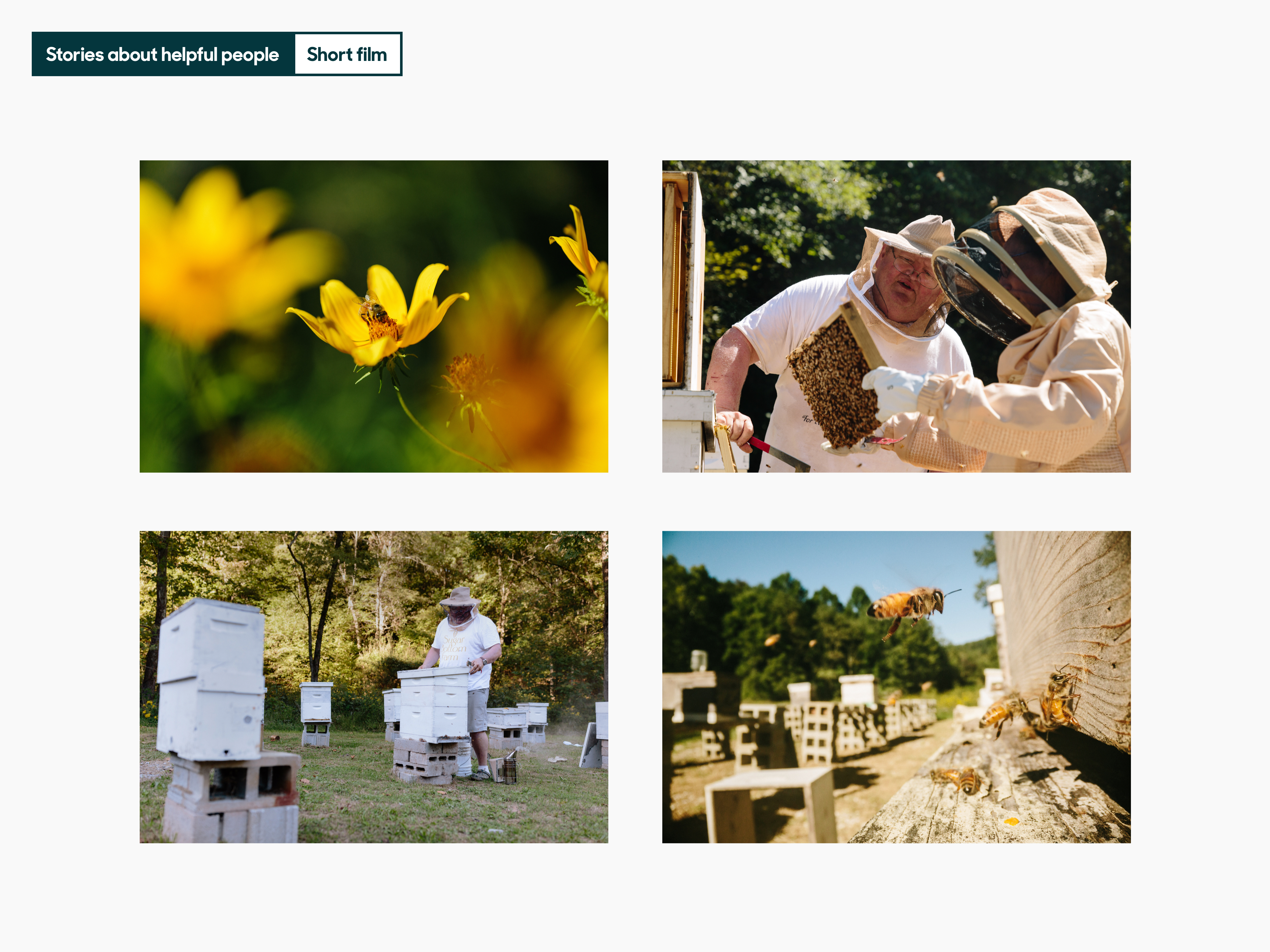