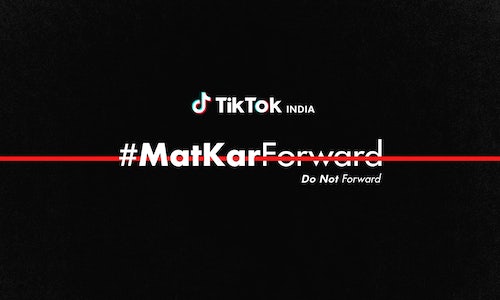 Communicating in the digital age is so constant, instant and effortless, that we forget that our messages can have real-life implications. The culture of forwarding unverified messages, hate speech and fake news has plagued India for a long time, and has led to communal tension, civil unrest and even loss of life. This pattern was observed across all social media and instant messaging apps.

Risk to public health and safety

This behaviour intensified during the Covid-19 lockdown and forwards now also included unverified medical information. These unverified forwards, especially during a global pandemic could drastically risk public health and safety.

One call to action

if you receive a forward that

(a) could harm someone,

(b) that has misleading information from an unreliable source, or

MatKarForward surpassed our expectations in terms of reaching the masses.

More importantly, our efforts of trying to modify society’s forwarding behaviour and make verification second nature, seemed to start taking root as during the first week itself, we nearly got 40K flagged reports with respect to fake news or misinformation on the TikTok app.

We received numerous comments from the viewers letting us know that our initiative was aptly timed and much needed. TikTok India received it’s highest positive brand sentiment on Day 1 of the campaign (56% Positive, 37% neutral)

Our hashtag, #MatKarForward was being extensively used by official police handles of Mumbai, Raipur, Amravati, Nagpur, Jaipur, Kerala, Rajasthan, as well as government organisations such as IRCTC, ASSOCHAM, Maharashtra Cyber, cemented its position as being synonymous with identifying and flagging fake news.

Our film was reposted by the political party members of AAP, BJP and Congress, garnering us nationwide views. 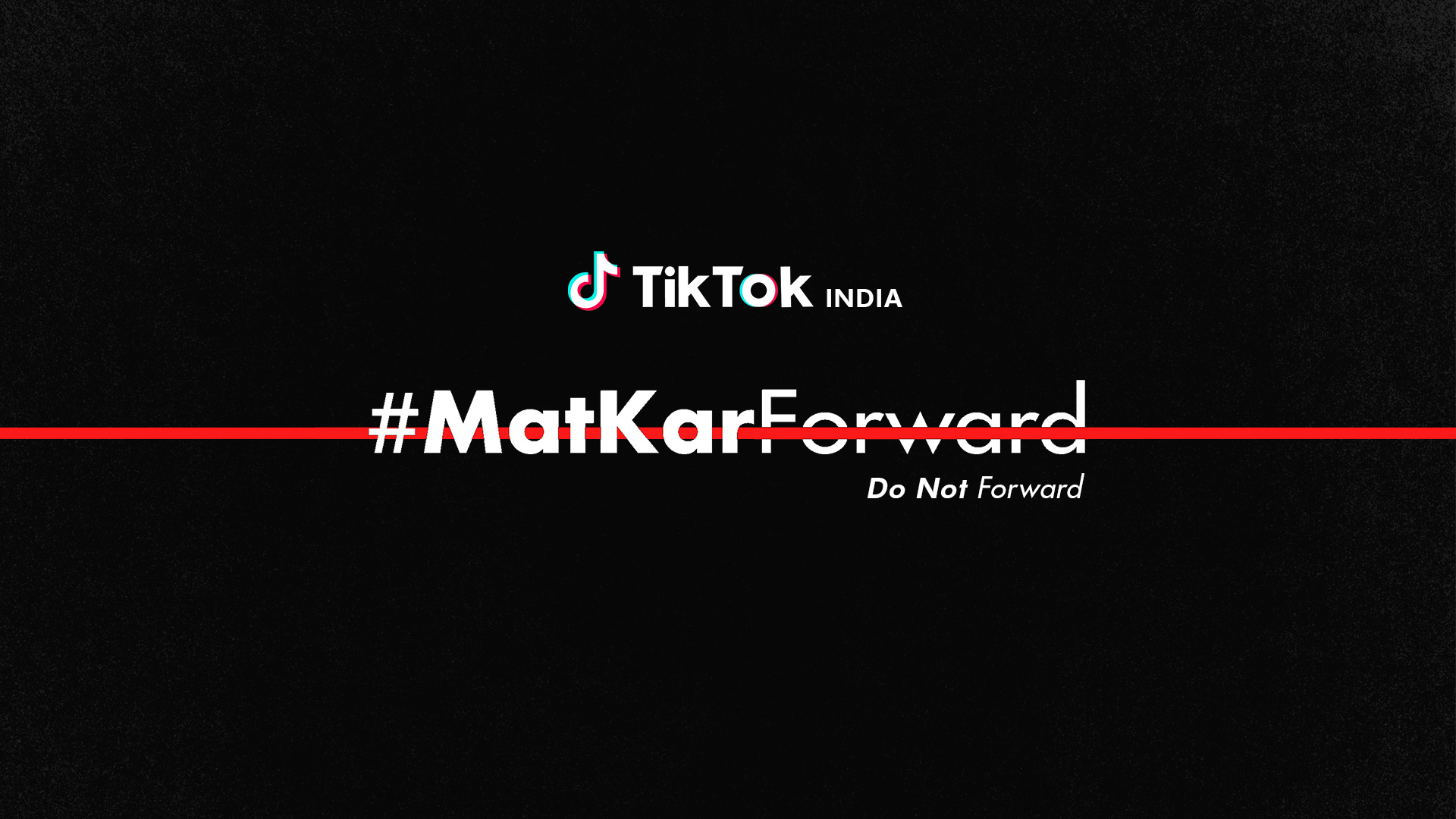 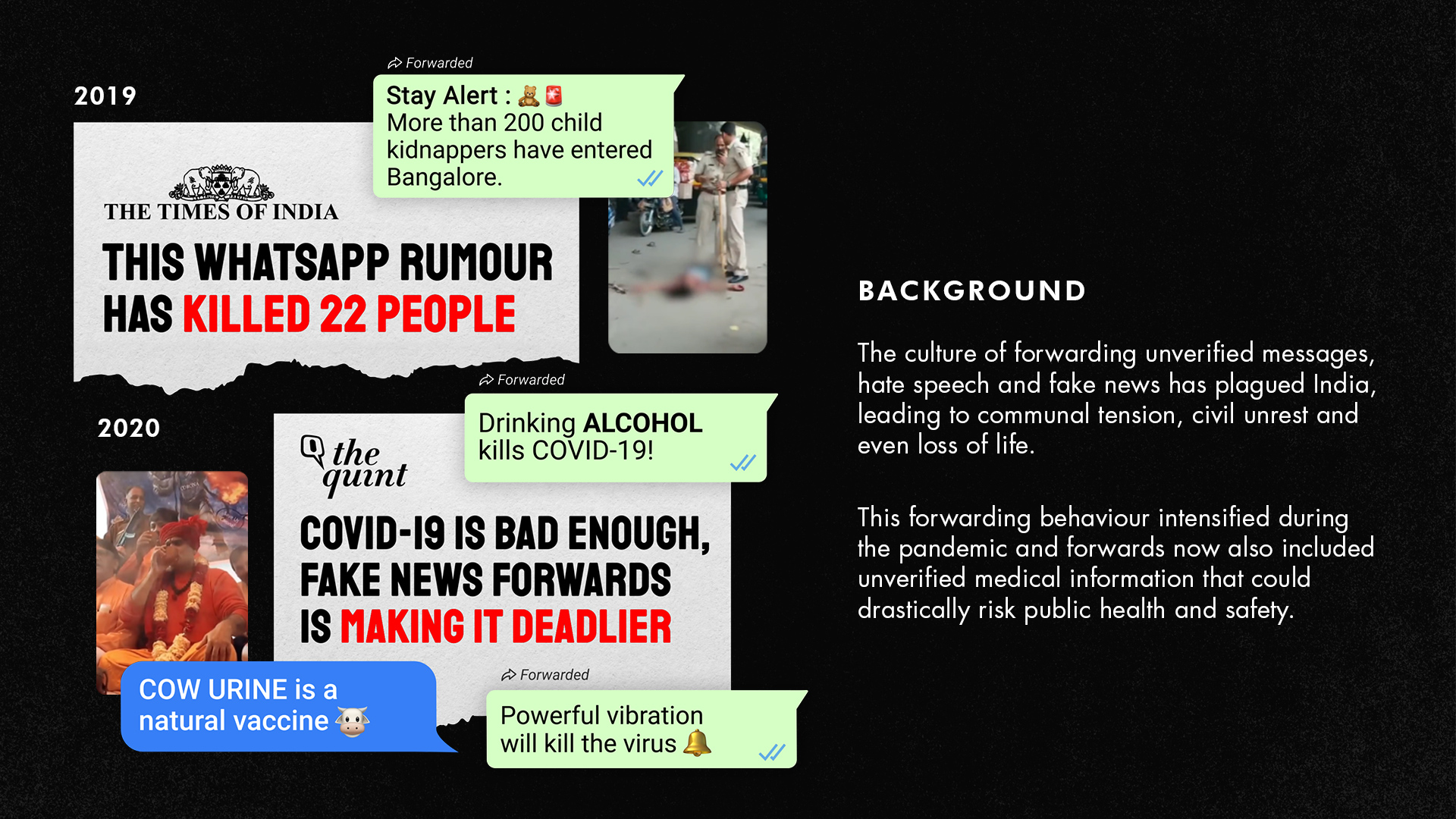 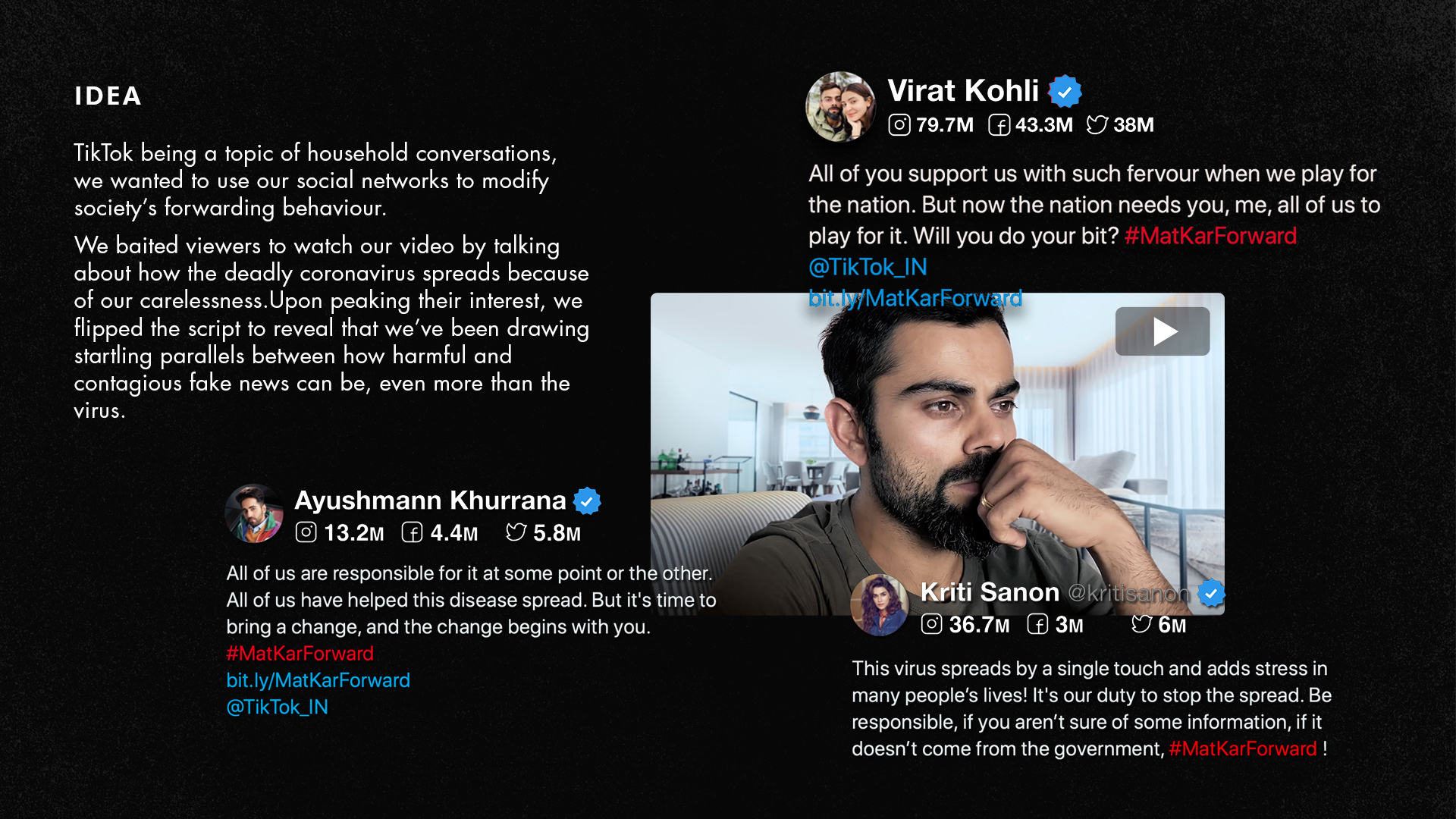 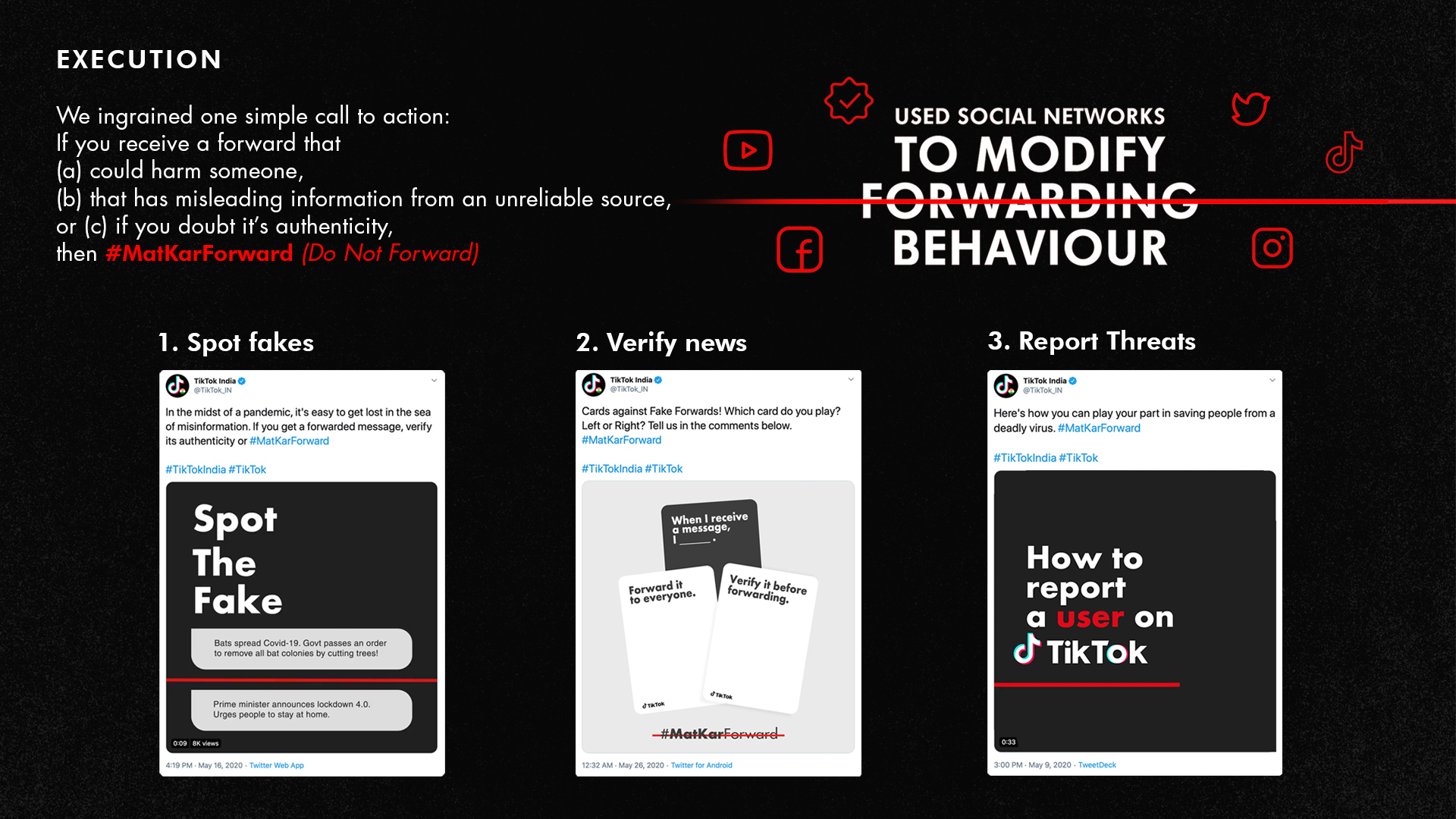 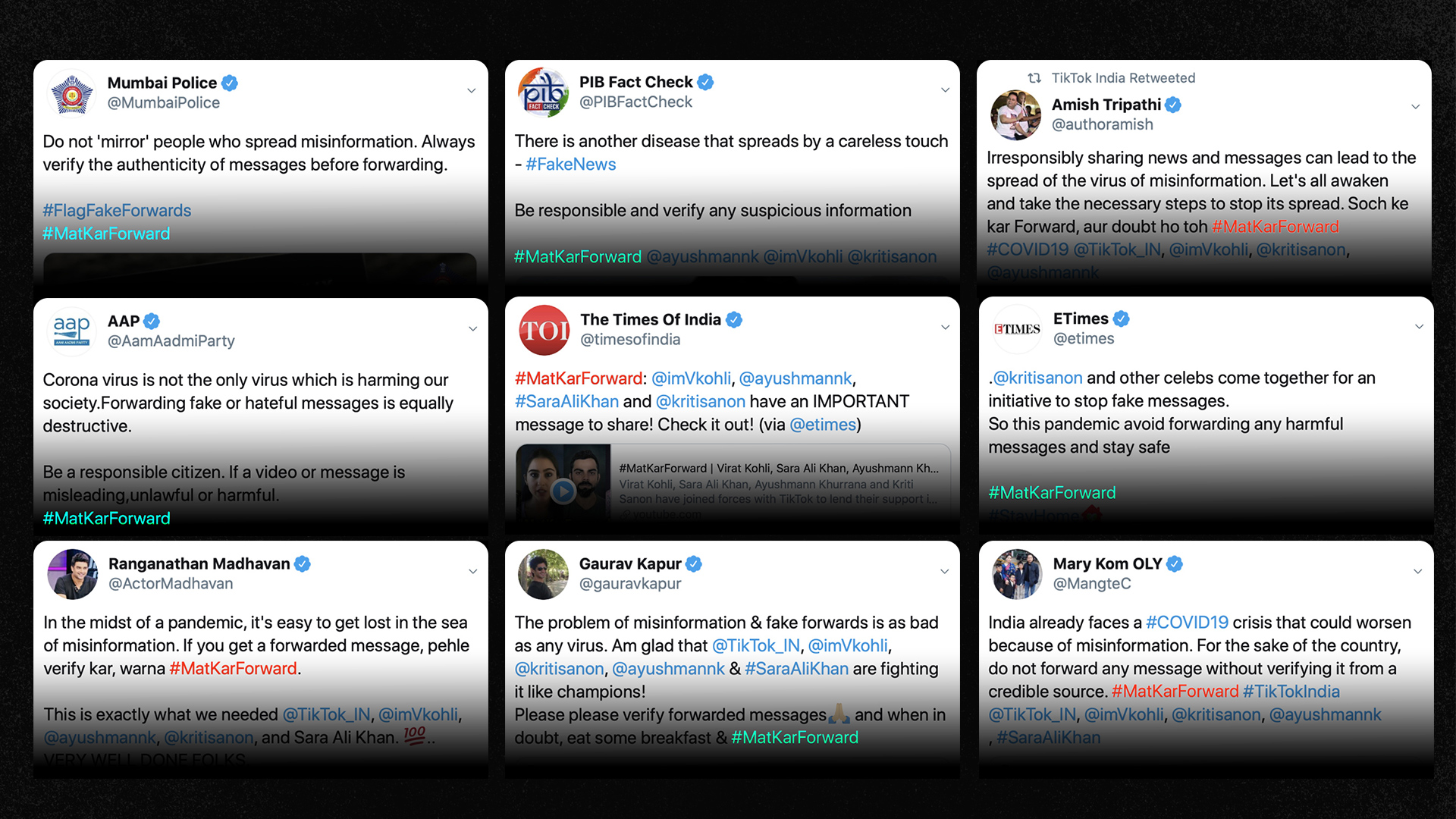 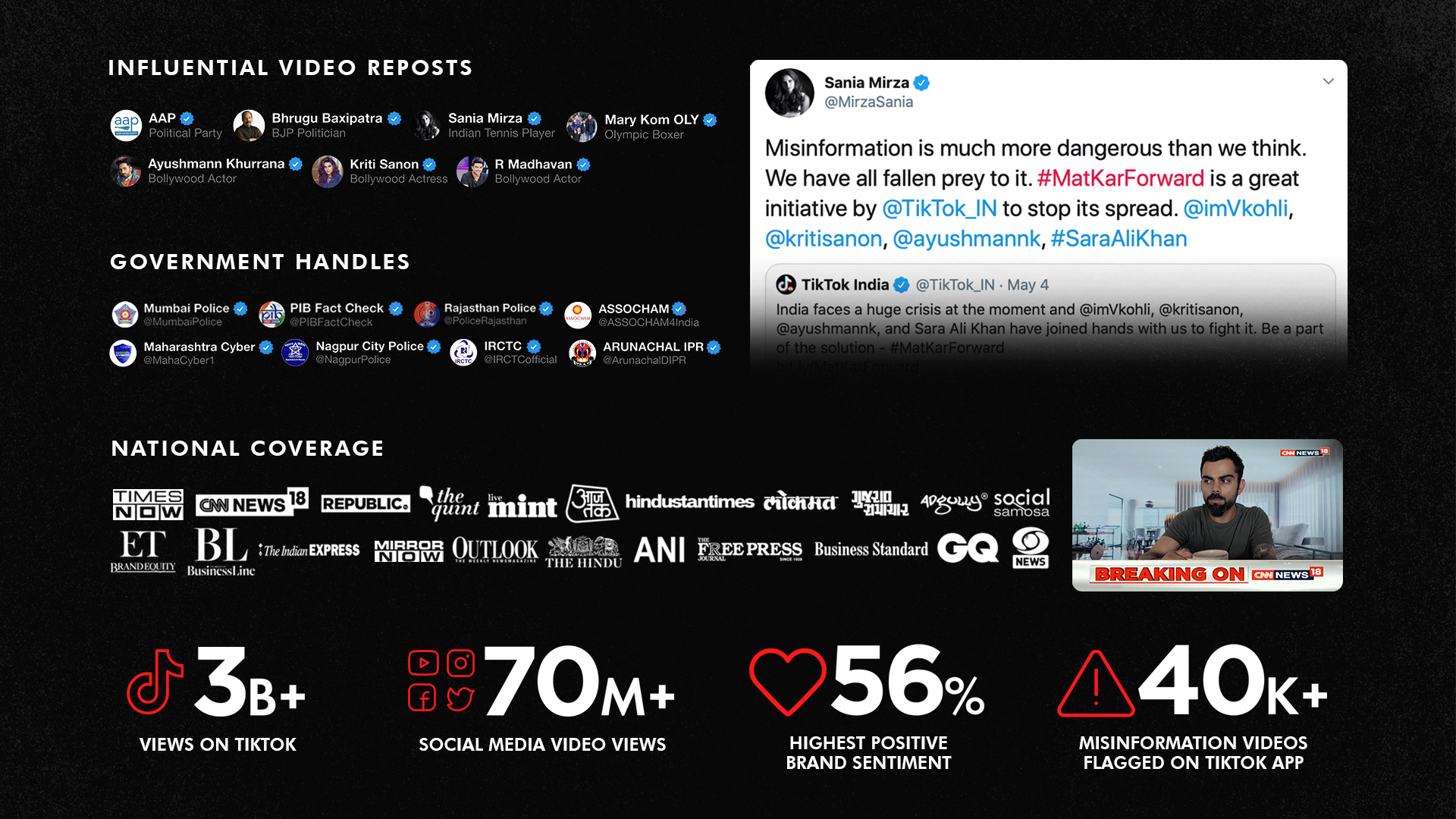