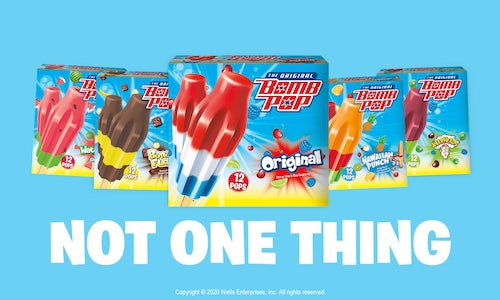 Bomb Pop is Not One Thing

Tweens (aged 9 – 14) are the most diverse, multi-faceted, culturally agile, and relentlessly creative cohort in US history. They have wide interests and consume diverse content. They are inherently curious, forever exploring the depths of their own identity and discovering the world around them. Most Tweens and their parents know Bomb Pop as the seasonal summertime red/white/blue frozen novelty treat. The brand was looking to move beyond limited occasion purchase by deepening relevance and resonance with Tweens, driving sales by inspiring the group to ask for Bomb Pop by name.

What makes Tweens special is their refusal to pick a single lane – they experiment with different outlets of self-expression, identity, interests - and this trait spills over into how they interact on digital channels. Our goal was to make Bomb Pop synonymous with Tween culture by putting the brand at the center of their universe, with content that celebrated them for all that they are - Not One Thing. A multitude of creative units surrounded Tweens and injected our spirit of fun, optimism, and visual delight through metaphorical mashups. These units were deployed through videos, social GIFs, memes, TikTok, SoundCloud, Twitch – an array of separate platforms. By meeting Tweens where they consume media and providing them with true brand experiences, we tapped into and ignited their own multidimensionality, and engaged with this younger audience on a whole new level.

No longer kids, not quite teens, our Tweens are shape-shifters. They are inherently curious, forever exploring their own identity, and discovering news ways to express themselves, one minute to the next. This insight drove the Bomb Pop campaign: Not One Thing. Just like Bomb Pop’s frozen treats, comprising multiple colors, flavors, and textures, our Tweens are mashups – often contradictory, always surprising and 100% wonderful. Our campaign invited Tweens to delight in impossible combinations (both in life and frozen treats) and introduced them to a world created by mashup culture, infinite possibilities and the idea that anything goes.

We crafted a fully-integrated digital campaign that was “not one thing” in every aspect, all the way down to our media plan. Our content pushed creative boundaries and brought a unique world of mashups to life across key Tween channels.

Twitch. We created a custom live stream surrounded by Bomb Pop creative where gaming influencers shared the unique interests and passions that showed how they are Not One Thing. Outperforming platform benchmarks across KPIs, the stream drove over 1M viewers in only 2 hours.

SoundCloud Custom Contest. A sponsored contest where creators were invited to make their own “Not One Thing” custom track using Bomb Pop clips to create this year’s summer banger.

Instagram.  Stories, GIFs, and Instagram carousels helped bring our brand purpose to life and highlight our product in captivating ways. Hyper relevant organic posts parlayed the brand further into Tween culture and continued the Not One Thing campaign for 5 months of seasonal evolution.

Snapchat. Custom AR lenses, filters, and mashup content leveraged Snapchat’s personal engagement to show how Tweens are Not One Thing, while cross-promoting the SoundCloud “Sounds of Summer” contest.

YouTube. We reached Tweens with our hero videos on one of their favorite platforms for mashups, music, and gaming content. Tween influencers brought fans closer to the mashup creativity and amplified content on other social platforms.

Bomb Pop demolished stereotypical approaches and spoke to Tweens as they truly are – celebrating their interests, passions, and identities. Not One Thing was everywhere as Bomb Pop reached 8.5M Tweens an average of 76x times across 7 Tween targeted platforms!  Bomb Pop retail demand messages were reinforced as 4.1M Parents were reached 16 times across 3 parent targeted platforms. 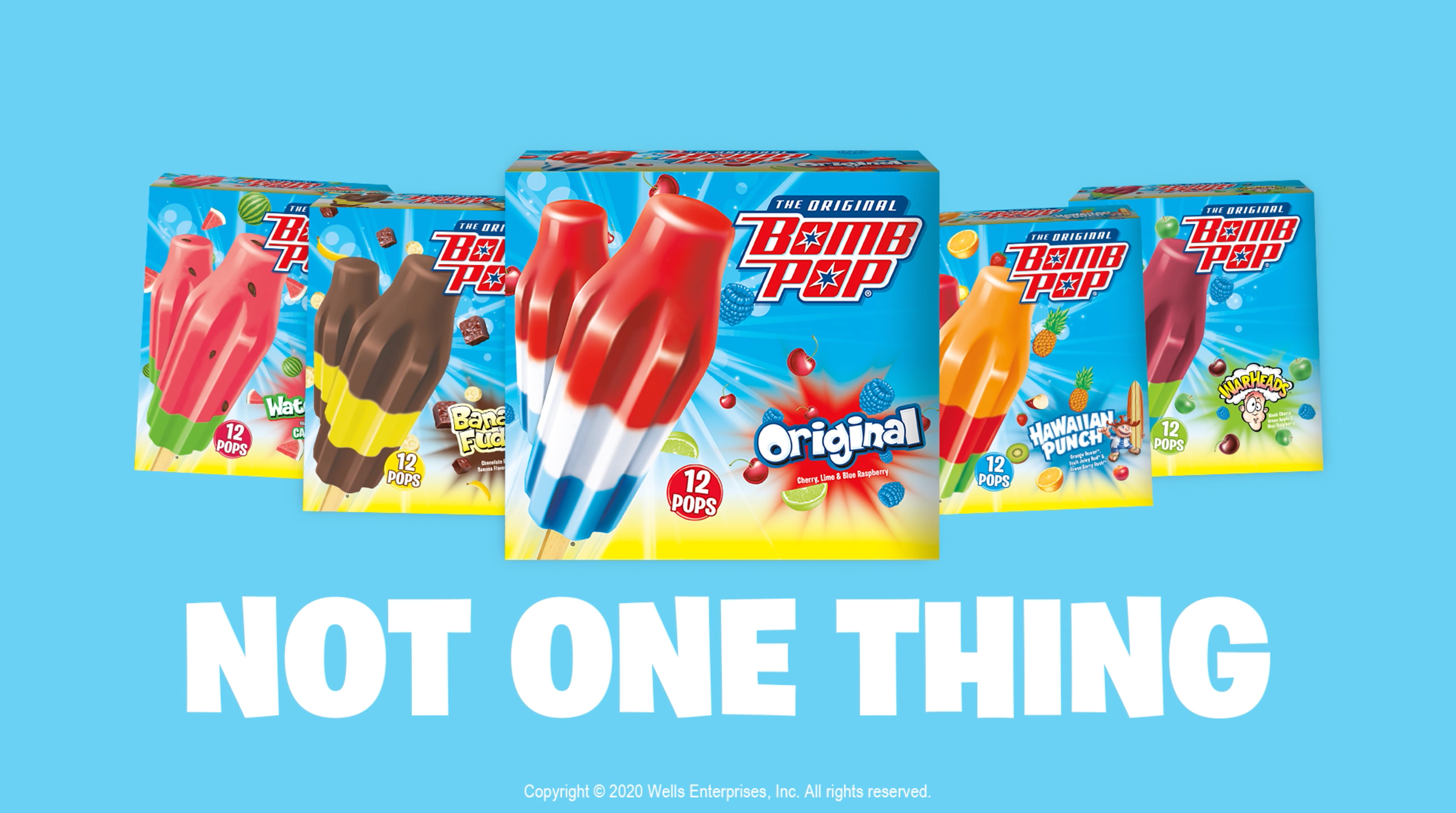