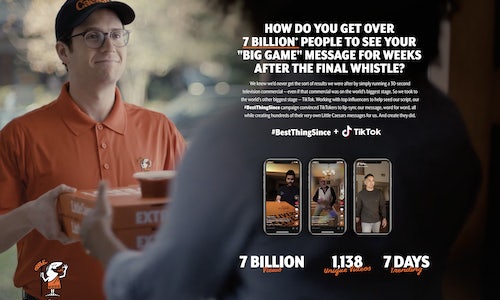 In 2020, America’s most famous carryout-only pizza brand, known for their delightfully wacky commercials, tasked us with announcing their biggest news ever on the biggest stage ever. So during the third quarter of “the professional football championship game,” we told millions around the world — Little Caesars was grabbing a slice of the delivery pie.

But how do you create mass awareness for this new delivery offering and get billions (yes, with a B) of impressions for that same message weeks and weeks after the final whistle?

As a brand, there are only so many eyeballs that you can reach with traditional media. And we quickly realized that we’d never get the sort of results we were after by simply running a 30-second television commercial — even if that commercial was on the world’s biggest stage.

So we utilized the power of social media and worked with influencers to help place the keys to the commercial in the hands of the internet and let them drive our message home for us in their own unique ways. Naturally.

Our news may not have been “cutting edge,” but it was revolutionary for our audience. And we wanted to reach this audience in a big way, but also put the fun of announcing it and spreading the word in their creative (and influential) hands. Which led us to TikTok…

After our successful “Big Game” announcement, we needed to expand our message. And to do that, we first needed to find the world’s hottest place for content creation. So we took to TikTok. Working with four top influencers to help seed our script, we convinced TikTokers to lip-sync our delivery message, word for word, all while creating hundreds of their very own Little Caesars, um, messages. And create they did.

When it was all said and done, a brand famous for its wacky commercials suddenly had some of its wackiest, most beloved ads yet (1,138 completely organic user-generated ads, to be exact). Not only that, our hashtag challenge #BestThingSince was trending on TikTok for over 7 days, generating over 7 billion views. Yes, with a B.

In addition, total branded influencer content reached more than 88 million impressions and had a 5.9% engagement rate. In the end, all this exposure brought an increase for Little Caesars delivery sales — because that kind of awareness is just the best thing since...well, you know. 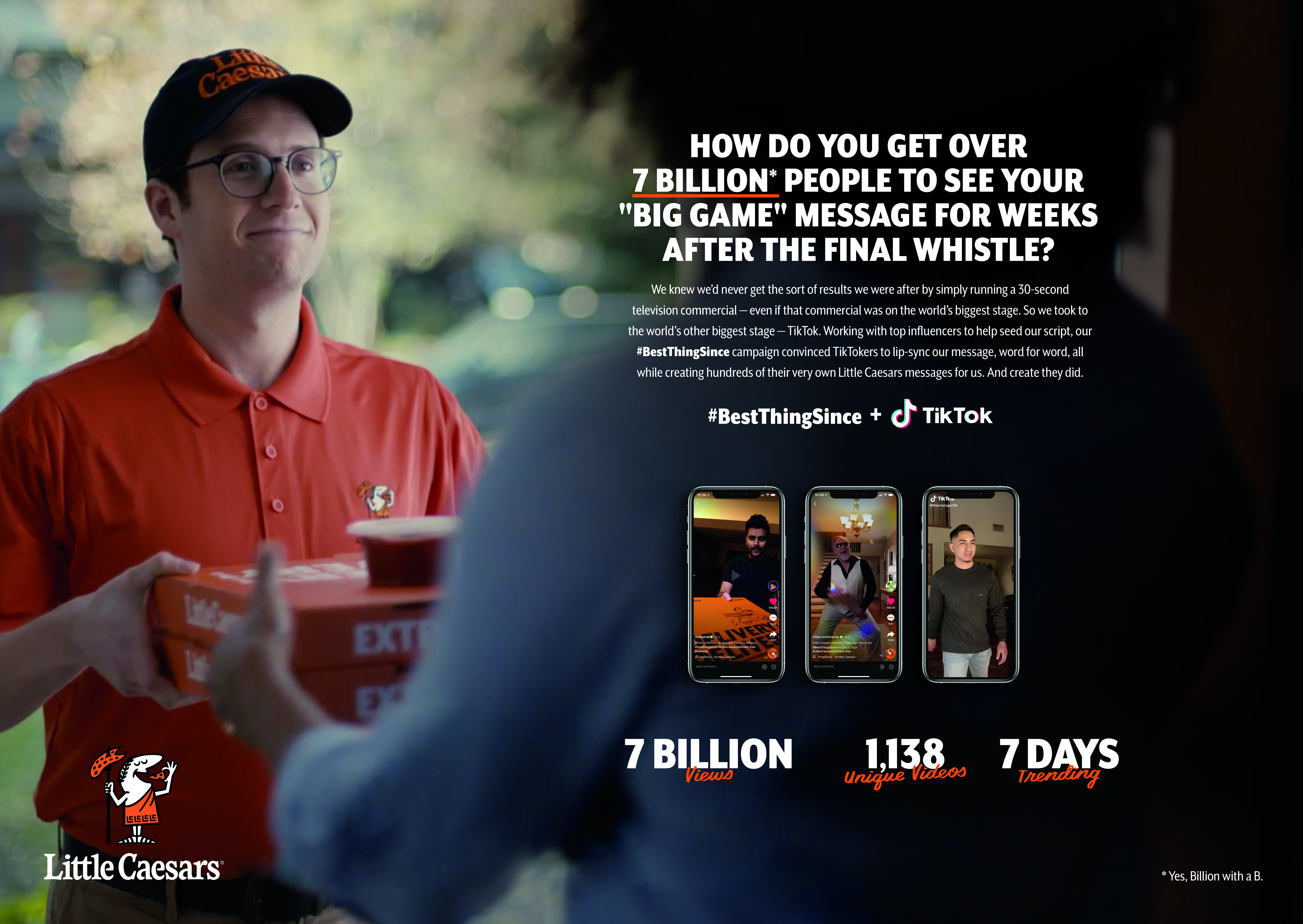