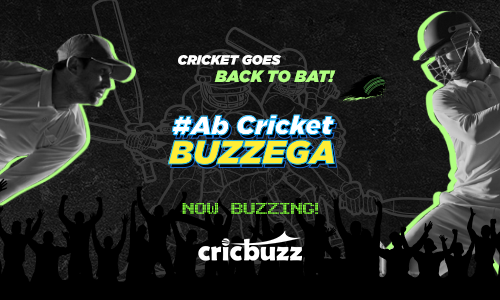 The Indian Premier League (NFL Superbowl of India), the pinnacle of 20/20 short form cricket in India would be resuming after months of delays due to the Covid pandemic. Cricbuzz one of the leading cricket news and entertainment apps in India, had to kickstart the craze of Cricket for a country that went without Live televised sport for almost half a year.

The brief was to bring back traffic to the application and ensure new app downloads. A tough ask due the recent launch of legalized sports betting apps that were stealing the traditional Cricbuzz audience. And the objective was to dominate conversations around cricket, all before the season began. All this had to be done without utilizing any IPL assets (Photo and Video) because Cricbuzz was not an official sponsor of the tournament.

The rise of the underground Rap/Hip-Hop movement in India has given its youth population new independent artists who regularly touch millions of views per video. This music is home grown, sung in native languages and exudes the energy that one would get from a high octane 20/20 cricket match. The native Rap music scene has witnessed tremendous growth both in terms of acceptance into mainstream Bollywood and crossovers from sports personalities and celebrities.

The intersection of music and sport (especially cricket) is evident in all forms of Indian pop culture and social media content. Indians love Music and they worship Cricket. The IPL format lends itself well to the inclusion of music during the live telecast. Rap was the perfect genre that could combine the feel of a street cricket match with the scale of a national tournament featuring Indian and international cricket players.

The audience, largely Gen Z and Millennials, cricket fanatics who view Cricbuzz as a “true cricket lovers” app were the prime targets for this campaign. The approach was to craft a campaign that celebrated fan’s love for cricket rather than star power. Twitter was strategically chosen as it’s the preferred second screen for any sports fan, both for following matches and for engagement.

The campaign began with a rap song titled #AbCricketBuzzega (English - Now Cricket will be buzzing) on Twitter, with a stylized video. It was followed by a multi-prong execution strategy built around the viral track.

The Instagram Reels Challenge: We were India’s first sports brand to use Instagram Reels. A danceable hook step was created to match the rap video track and amplified through popular Instagram personalities.

AR Filter Our: ‘Hit corona out of the park’ Instagram AR filter gave people a chance to take revenge on the virus. The Filter added a mask (with changeable colours) on the face and ball shaped like the virus. The users could BLINK to select their favourite team and nod to hit the Corona ball out of the park. It also had the ‘Rap Song’ playing in the background for higher recall.

4 more Videos: Created a series of 4 raps to follow up the first one. These videos helped us drive engagement on Twitter and Instagram around contextually relevant cricketing moments/ team moments.

Twitter Takeover: We booked the Twitter Hashtag promotion slot for the Finals. This gave us the opportunity to finish the IPL on a high and also ensured that we captured most of the conversations that happened around the finals using our branded hashtag without people realizing it.

The video went on to be crowned the ‘Unofficial IPL Anthem’ by the internet. 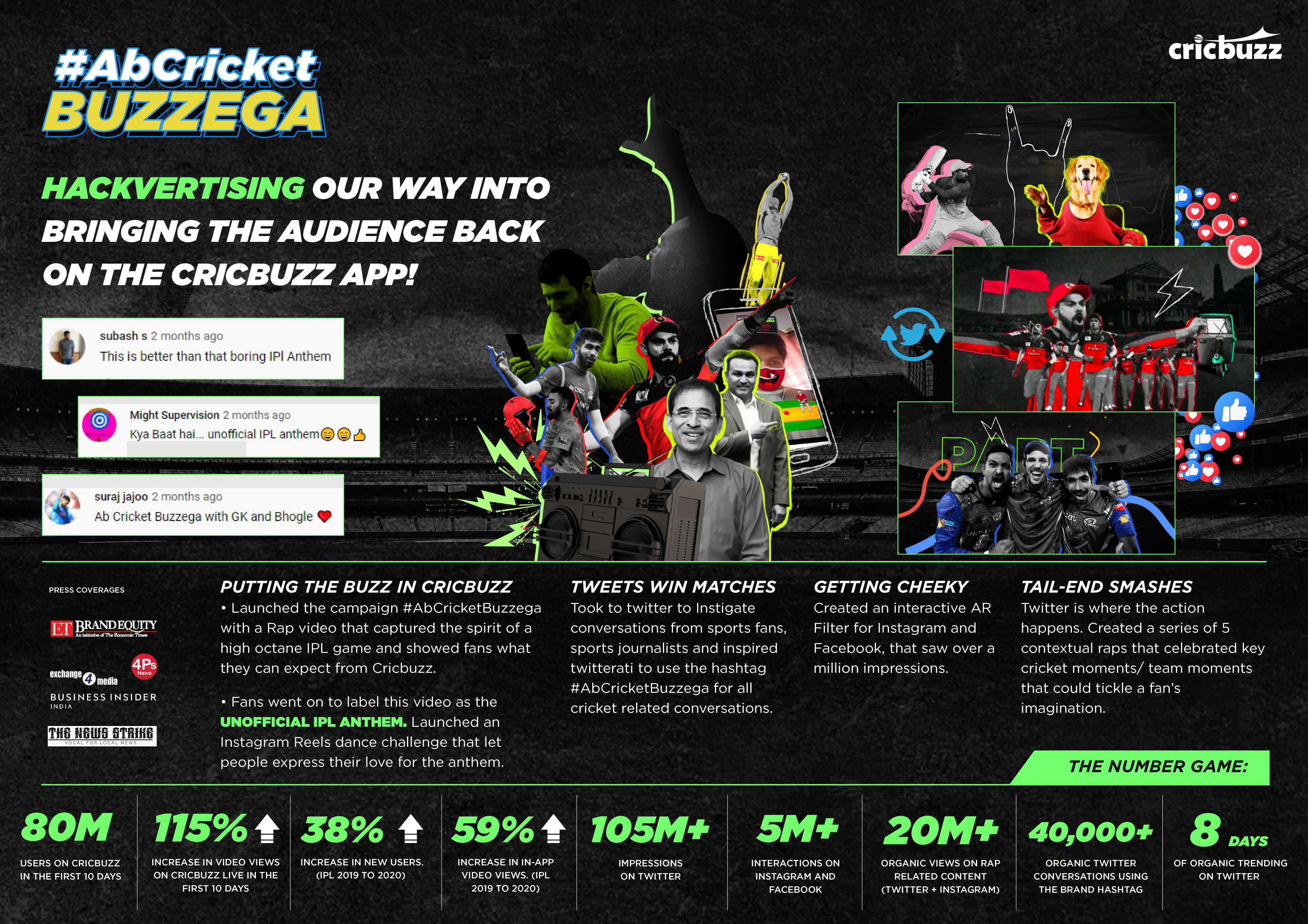 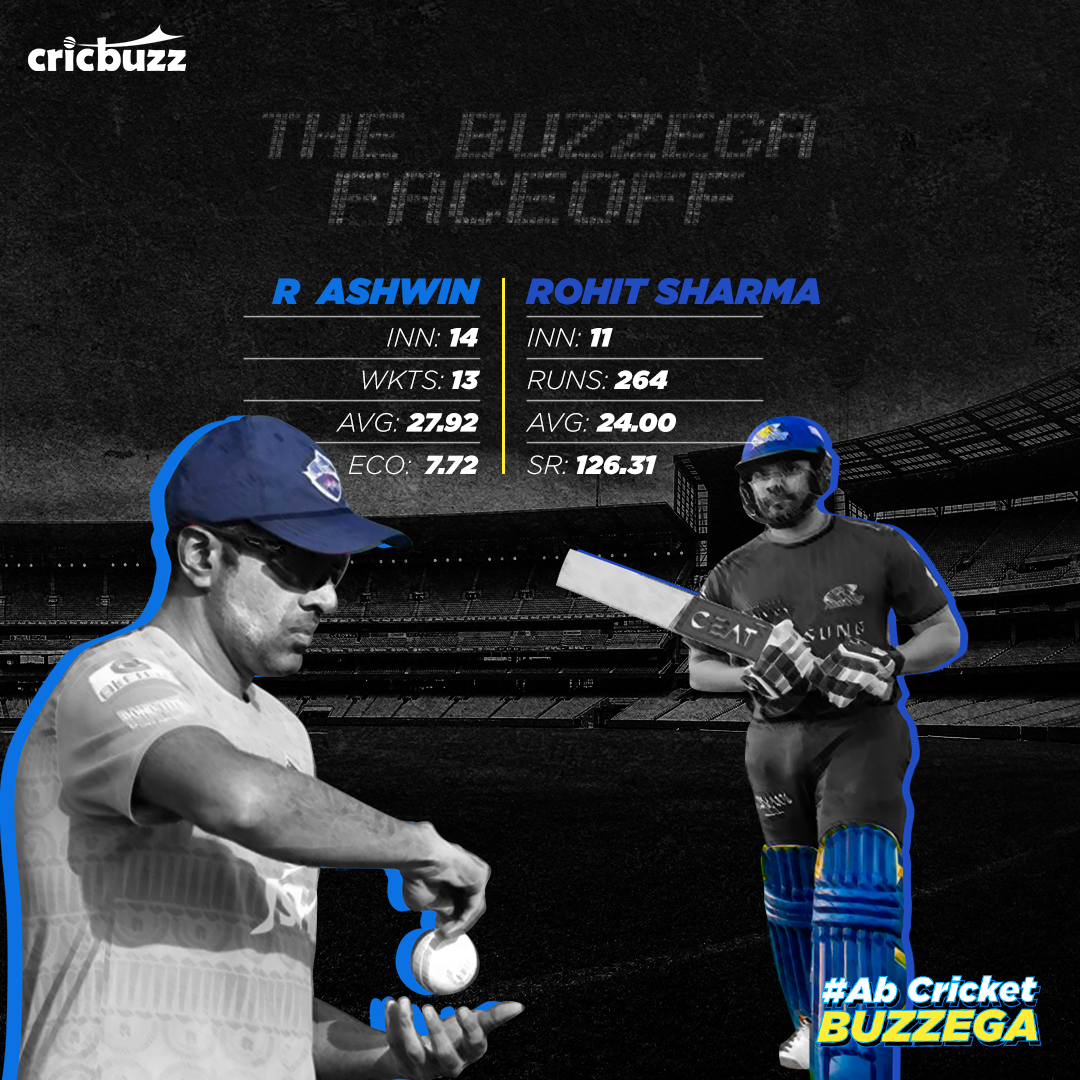 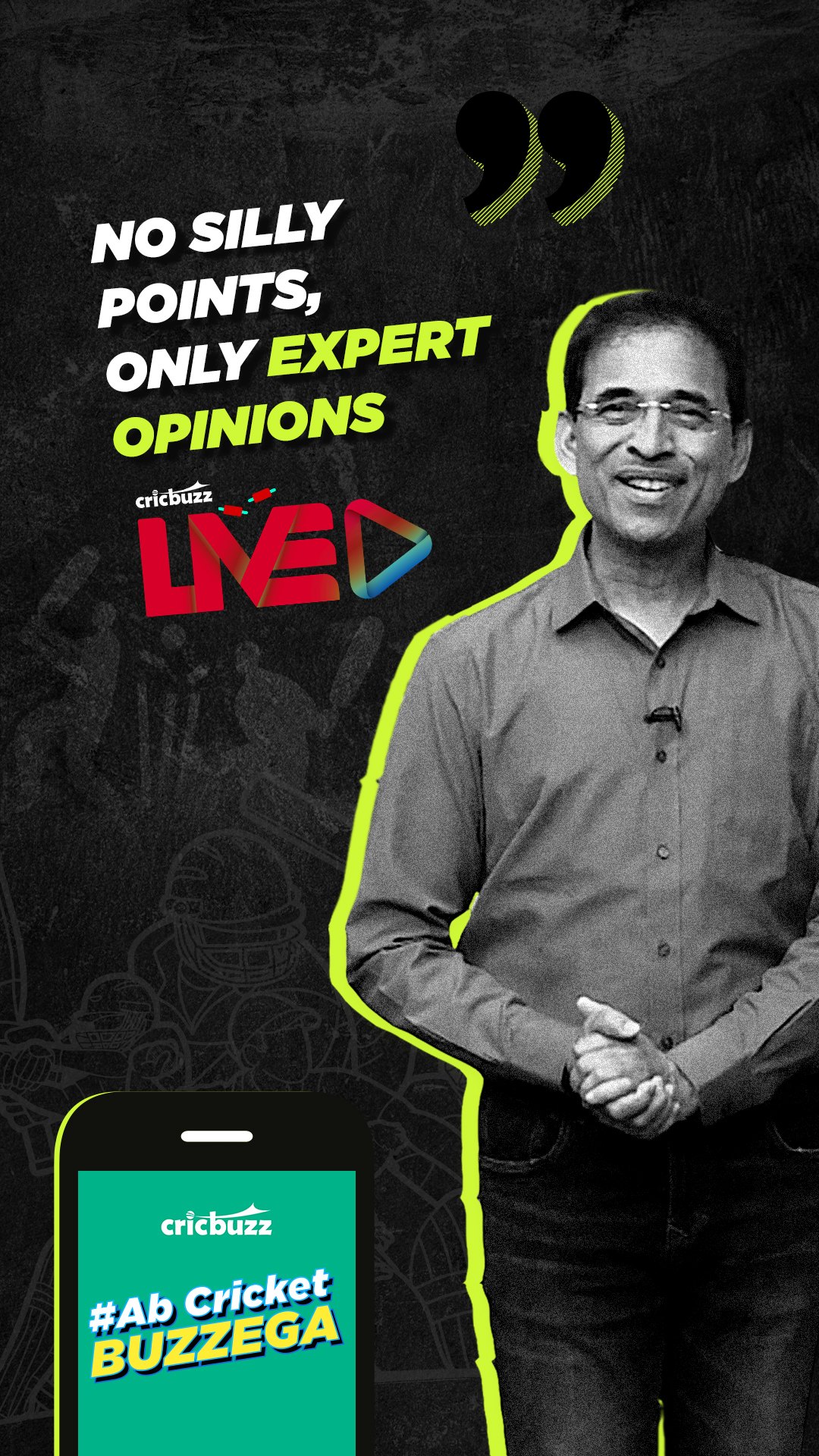